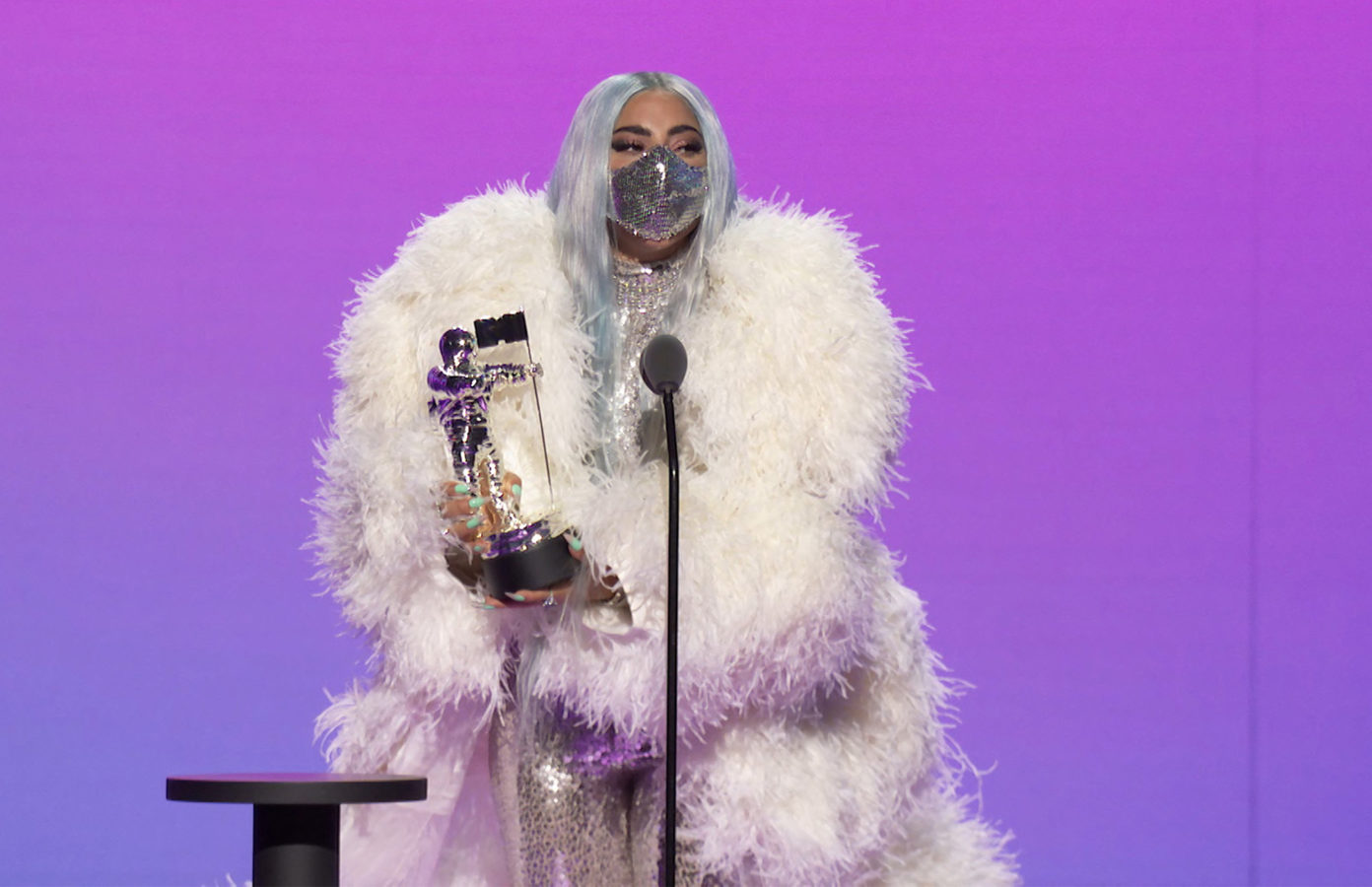 From sequins to LED screens: Lady Gaga made a fashion statement of face masks at the MTV VMAs

Style
From sequins to LED screens: Lady Gaga made a fashion statement of face masks at the MTV VMAs
Share this article
Next article

For starters, despite the cheers you might hear in videos, there was no actual audience for the performances. Speaking of which, most of those were pre-recorded, too. Despite the resulting lifelessness of the awards ceremony, there was still a silver lining to all the social distancing measures: Lady Gaga could afford to make nine different costume changes throughout the night.

What’s even more impressive is that each look came with a matching mask.

Masks are nothing new to Gaga’s wardrobe. Across her music videos, magazine covers and public appearances, the singer and fashion icon has kept her Poker Face unreadable with all manner of face coverings; her vast collection includes a vintage Alexander McQueen lace mask, a latex crown headdress and a plastic shield. Last night, she even took to Twitter to remind us that she has been “wearing face shields before it was a thing.”

This year, though, Lady Gaga’s face masks meant a lot more than mere accessories to her dramatic costumes. They were a reminder to everyone watching to cover up — especially viewers in America, where her fellow citizens still don’t take the COVID-19 pandemic seriously enough to do so.

In fact, aside from her Rain On Me collaborator Ariana Grande, Lady Gaga was the only musician who performed with a mask. (The Weeknd showed up with a bruised face as a nod to his latest album cover, while Miley Cyrus couldn’t quite stick her tongue out, Rolling Stones-style, with one on while swinging on her Wrecking Ball.)

But Gaga’s masks made just as much of a fashion statement as they did on public health. That’s thanks to her longtime stylist Nicola Formichetti, who was also responsible for her cyberpunk looks for Chromatica. The Italian designer put together looks that were far more flamboyant than the staid ballgowns that Gaga, the actress, has worn at the Oscars and Golden Globes. Instead, he styled Gaga, the pop star, with daring designs from both established and emerging fashion brands.

One of them is Area, who designed the silver, Moonman-inspired look that Lady Gaga arrived to the VMAs red carpet in. The Instagram-favourite New York label is best known for its glamorous, crystal-embellished pieces, which were most recently sported by Beyoncé. But Gaga gave her sparkling dress an extraterrestrial edge by wearing a bubble helmet that resembled an astronaut’s mask, courtesy of Conrad by Conrad.

The singer had another futuristic fashion moment when she took to the stage to accept her award for best collaboration, this time clad in a rainbow, feathered Iris Van Herpen dress. The only thing more memorable than the couture costume was Gaga’s pink leather gas mask, which was handmade by Cecilio Castrillo.

There were even more feathers in Gaga’s custom Valentino coat, which she wore atop a sequin bodysuit. Naturally, she had a mask to match as she accepted her Artist of the Year award. But even a diamante mask is nothing compared to one made with horns: two long tusks protruded from Gaga’s custom pony skin mask by Lance Victor Moore, which made a stark contrast to her green, silk taffeta Christoper John Rogers ballgown (soon to be available on Net-a-Porter, by the way).

But Gaga’s masks ranged from primitive to innovative. The latter is best exemplified in the “sound reactive mask” by costume designer Diego Montoya, made in collaboration with Smooth Technology. It had a digital LED screen that displayed sound waves as Gaga performed her singles 911 and Rain On Me, inadvertently providing pixel proof that the singer wasn’t lip-syncing.

Perhaps the only thing more outstanding than Lady Gaga’s VMAs mask collection is her collection of VMA awards. She pulled a Billie Eilish, bagging five Moonman trophies in all this year. Like the Grammys, the MTV music awards show may truly be rigged as some believe, but one thing is for sure: Lady Gaga was the VMA’s honorary Best-Dressed Artist.