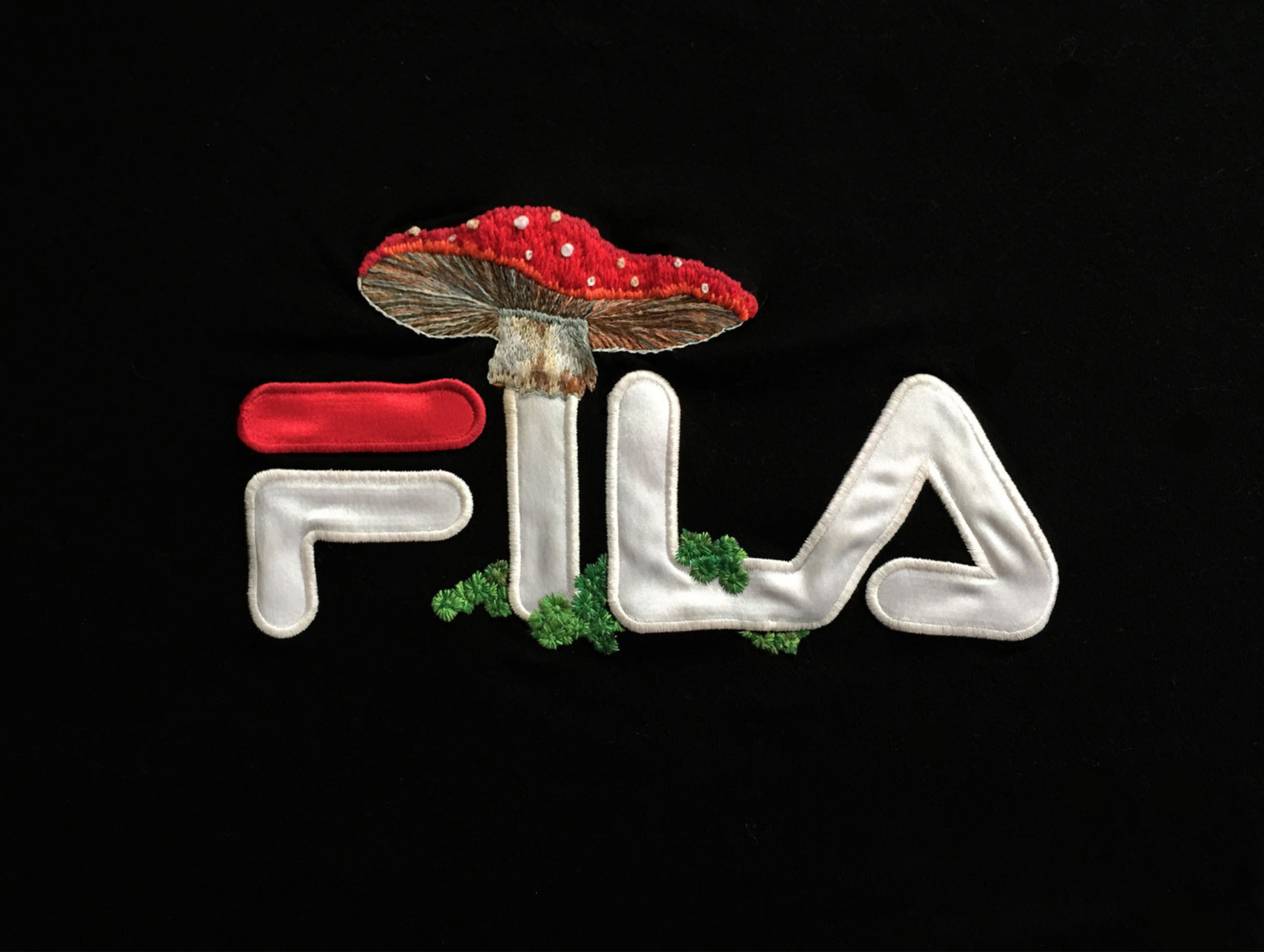 Going meta: These logo provocateurs are the next Vetements

Style
Going meta: These logo provocateurs are the next Vetements
Share this article
Next article

In an era where bootleg-influenced brand strategy is what gets Vetements and Gosha Rubchinskiy going, poking fun at fashion’s logo obsession almost guarantees you the viral factor. Whether it’s Gucci’s real “fake” t-shirts or the emergence of parody sub-line Boolenciaga made by the same folks of Vetememes, bootleg logomania is shaping up this year in fashion.

“Keep the snakes away unless they Gucci,” a tee printed with swirling floras and faunas spells out, while a pink hoodie is emblazoned with the words “B-tches want Chanel.” Cairo student Dana Frid is the wordsmith and designer behind said cheeky tee and hoodie.

On the other hand, Ava Nirui – or better known as AvaNope – does her brash logo remaking more extensively. Not limited to just apparel, the New York-based artist first came into the scene with her wide-ranging homemade and bejewelled knick-knacks which include a Louis Vuitton asthma inhaler, rhinestone-stencilled Chanel basketball, and a series of Champion hoodies with the C-logo embroidered into designer names (i.e. VersaCe, MosChino, MarC Jacobs).

Icelander artist James Merry, too, isn’t afraid to revamp existing logos and make them his own. Merry’s Sporticulture series was an exclusive collaboration with Opening Ceremony which saw his floral-embroidered sportswear logos – the Nike swoosh became home to a huddle of greeneries and blooms; Fila’s ‘I’, a stool for a red-capped mushroom to perch on – being made under public scrutiny. The sold-out 18-piece collection comprised one-off designs and were soon sold on eBay far more than their original price.

From Frid’s irreverent statements to Merry’s organic stitches, get to know these logo provocateurs who may just be the next-gen Vetements.

Why you’ll love her: Dana Frid’s tongue-in-cheek wordplay is in tune with the meta-fashion spirit of today. The Egyptian mentioned Tumblr as her ultimate source of inspiration since she was 17 years old, and if you haven’t already guessed, Frid’s Insta feed is inarguably a reflection of just that.

Where to buy: Orders can be placed via email (on Frid’s bio), but the soon-to-be-university graduate plans on moving to Paris after completing her studies in Egypt, in order to pursue her fashion ambitions. This is not the last you’ll hear of her. 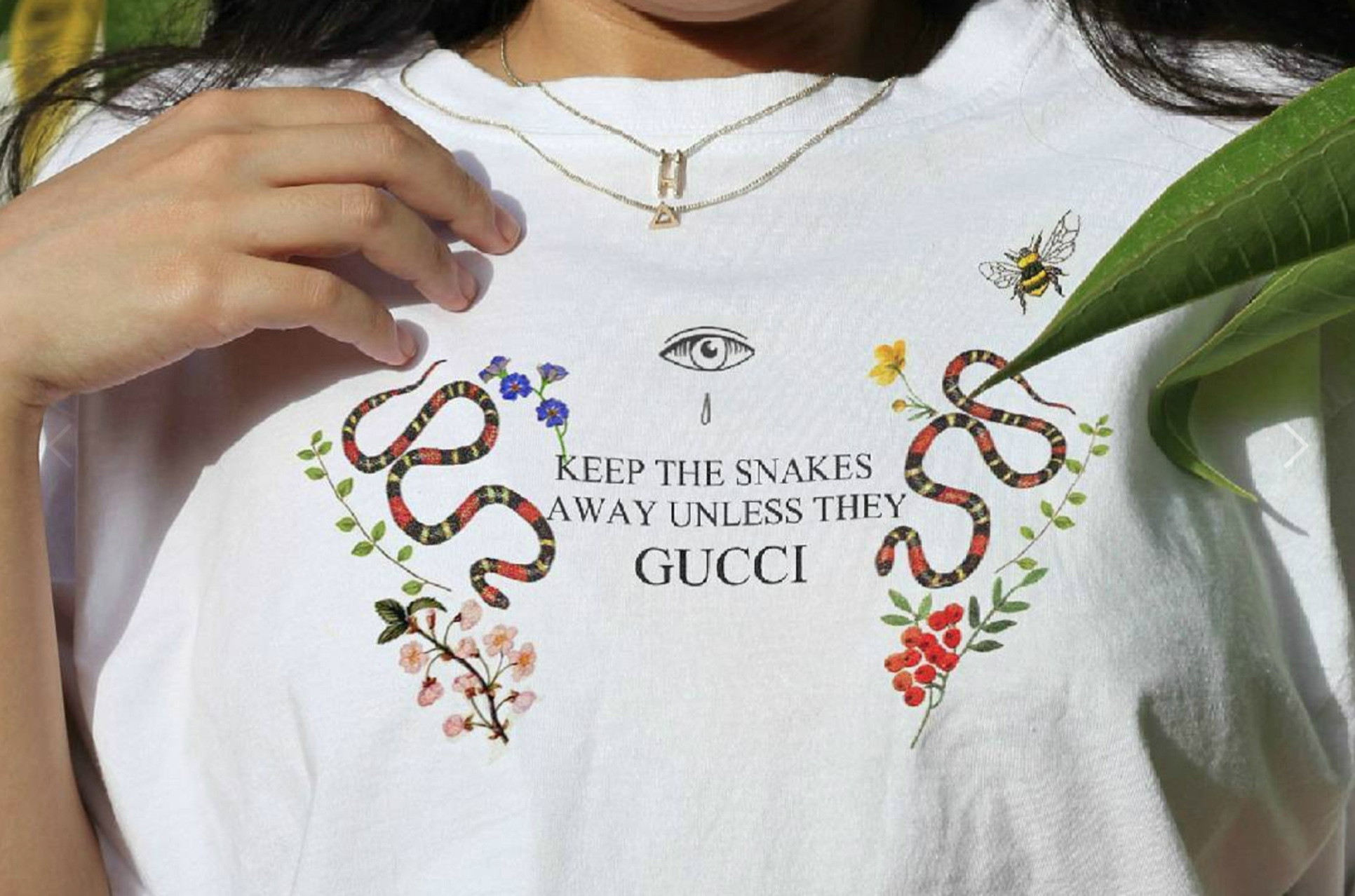 Why you’ll love her: The logomaniac is all about bootleg-chic. Currently a digital social editor at Helmut Lang, the polymath swivels Champion’s elongated-C logo and gem-studs her sneakers during off-duty time. Aside from using corporate identities of designer behemoths as raw material, Nirui’s bold personal style is as aspirational as the next street style luminary.

Where to buy: Nirui once held a one-time sale of her Champion-meets-Gucci hoodie on her Web page. And although they’re all sold out now, you can keep your eyes peeled on Grailed and eBay to score an AvaNope original. Here’s hoping she’ll throw in those Chanel-ified Air Force 1s into the mix. Why you’ll love him: In the thick of mass-produced abundance, James Merry’s intricate needles and threads are a glowing hope. His botany obsession first came out of homesickness for Iceland. “It was some kind of silent protest of mine – to take something that was super urban and machine-made and barren, such as my old Nike sweater, and fertilise it, forcing it to flower by embroidering a glacier flower and moss on it,” he said. If Björk loves him, why shouldn’t you?

Where to buy: If you’ve checked out Merry’s e-shop and closed the tab in disappointment of seeing the “sold out” icons, fret not. His merch drop is irregular and it usually comes in a limited quantity as every embroidered stitch is done by hand. So if you’re keen on getting your hands on Merry’s florcore (that’s floral normcore to you) masterpieces, follow him on Instagram and make sure to turn on notifications for his posts.