Get to know: 5 emerging labels that are taking London’s menswear scene by storm

Style
Get to know: 5 emerging labels that are taking London’s menswear scene by storm
Share this article
Next article

No one can argue that London has always been fashion’s most exciting hotbed breeding fledgling designers destined for Philo, Galliano or McQueen greatness. But with fresh names dropped every London Fashion Week Men’s (LFWM) season, keeping up with the fashion capital’s cool new game-changers is more challenging than with the Kardashians. More so with the countless menswear up-and-comers saturating the scene — and that’s why we’re here to help.

Constantly pushing the envelope, these promising, emerging designers don’t just have a clear point of view and perspective on fashion, but a real reason for doing what they boldly do. They’re not afraid of changes or daring innovations, and they perpetually evolve with the currents of time. And their work is not just interesting — it’s important. Double threat.

With this in mind, we selected 5 young independent menswear designers with offerings that are shaping up as the hope for menswear’s future. From the intellectual thinker Wales Bonner, to the rebellious rule-breakers Craig Green and Martine Rose, and streetwear savants A-Cold-Wall* and Cottweiler — here are all the burgeoning labels we’re predicting to be the next big things in London’s menswear sphere. Who’s behind it: Snagging the prestigious LVMH Prize and British Fashion Awards’ Best Emerging Menswear Designer award in the same year, 26-year-old Grace Wales Bonner isn’t one to take things slow. Born in London to an English mother and Jamaican father, the Central Saint Martins graduate takes fashion as an intuitive means to discern her own heritage.

What to expect: A poetic, folkloric exploration on black narratives that goes against the whitewashed nature of the fashion industry. Young designers easily talk up their backstory to distract attention from the content of a collection, but not Bonner. Her exceptional craftsmanship is as intricate as the critical cultural research condensed behind every piece.

Fun fact: Avant-pop artist FKA Twigs is a member of Bonner’s growing fan club. “Twigs came to the [Autumn 2016] show and asked to collaborate on something together,” said Bonner. Soon after, the two creative minds joined forces for a collaboration on Twigs’ stage outfits. 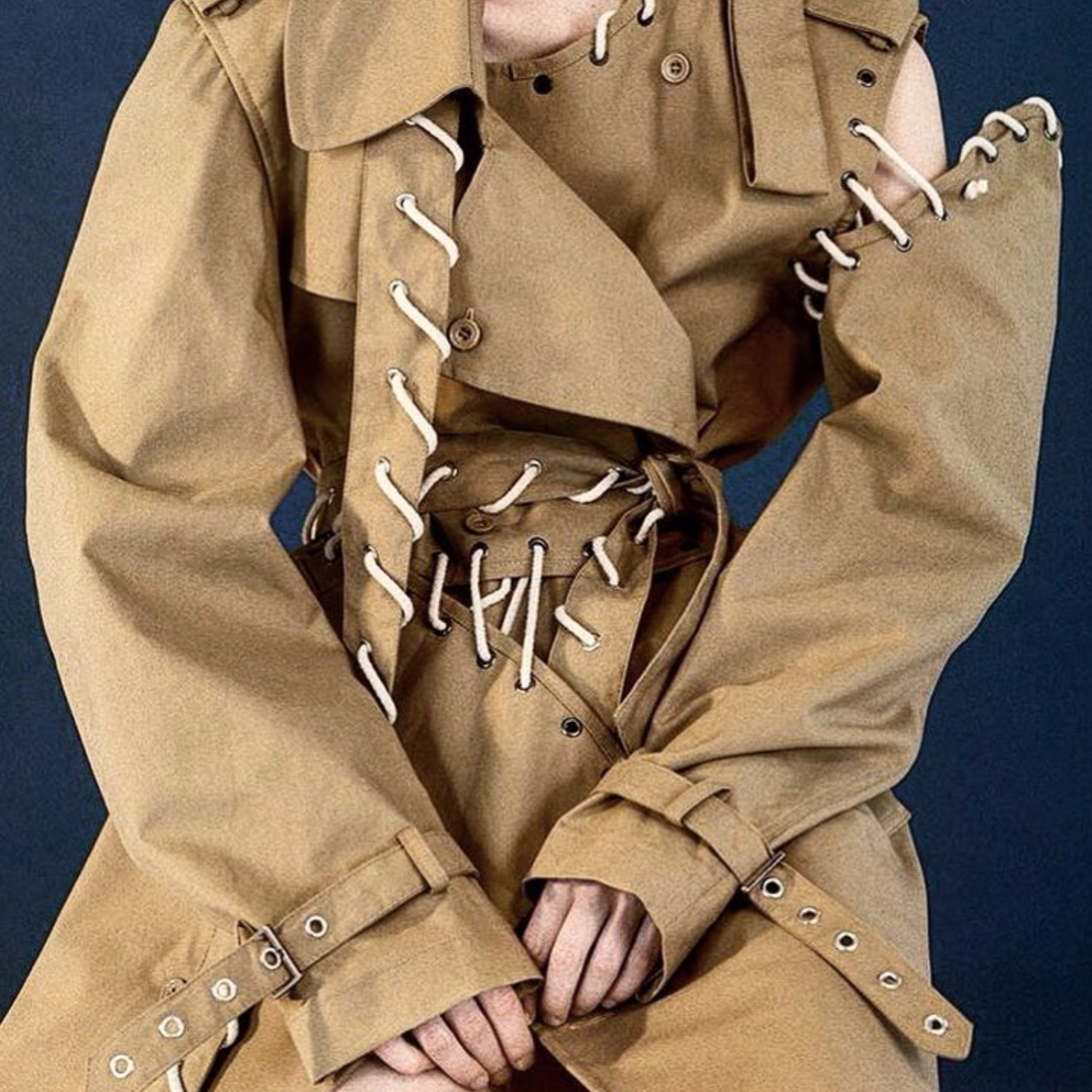 Who’s behind it: Named British menswear designer of the year by the British Fashion Council last December, you most probably would’ve heard of Craig Green by now. His first solo show in 2013 was described to be so uncommonly “emotional” that show-goers shed tears. And the fact that Walter Van Beirendonck of the legendary Antwerp Six fame — you know, the ’80s Belgian fashion collective that includes Dries Van Noten and Ann Deemeulemeester —  deemed him “brave”, should tell you something.

What to expect: Green’s raw, ceremonial experimentations in sculptural fabrics, wooden scaffolding and DIY scrap-yard beauty wooden is a breath of fresh air in today’s mass-market reality. His utilitarian edge is often imbued with a propensity for strong storytelling, that more often than not borders on the theatrical. Yet, the amazing thing that gets Green lauded for is his balance of drama with wearability.

Fun fact: If you’ve watched the latest extraterrestrial flick Alien: Covenant and wondered why the cast’s costumes looked familiar, it’s because they were hand-sewn by Green. Creating costumes out of his Fall 2015 collection, Green’s futuristic uniforms dressed the alien-battling characters played by Michael Fassbender and James Franco. 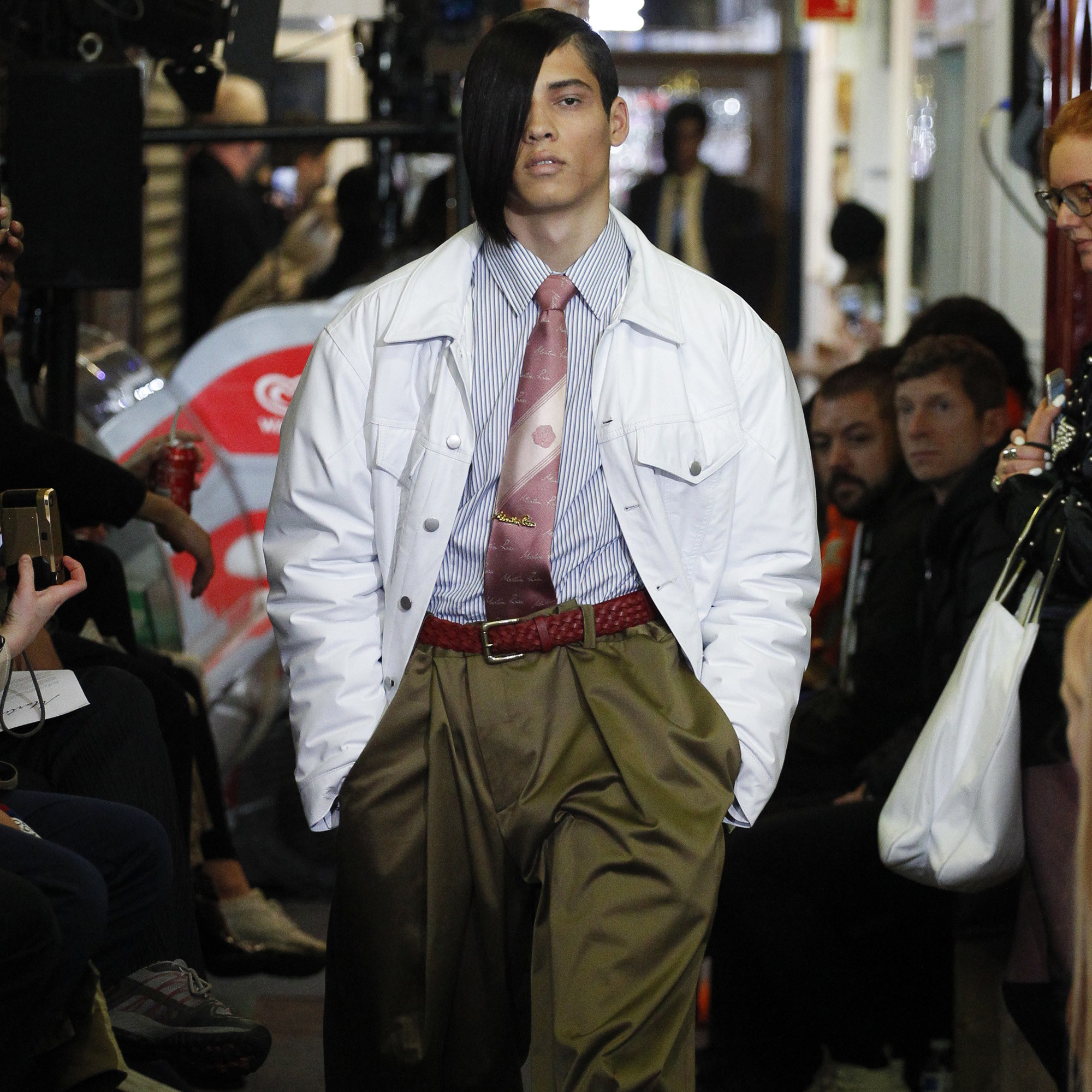 Who’s behind it: Her site and Insta bio ambitiously read, “Probably the best designer in the world.” An impresario of the everyman, designer Martine Rose is currently juggling her namesake label with duties as Demna Gvasalia‘s consultant at Balenciaga.

What to expect: Looking to the past to shape the future, Rose subverts and retranslates the “ordinary into extraordinary”. Blown-up proportions, exaggerated volumes and subculture-tinged masculinity define the label’s original DNA.

Fun fact: Preferring off-the-grid ways to present collections — examples include films and lookbooks — Rose only staged her first fashion show earlier this year. As the nonconformist soul that she is, Rose defied LFWM’s strict geographical parameters and brought the fashion press out of London and into her home neighbourhood in Tottenham. Her inaugural show was held at an indoor market, while the more recent Spring 2018 had a rock climbing gym as the venue. Who’s behind it: Formerly Virgil Abloh’s right hand man, the similarly polymathic Samuel Ross is the mastermind of this label that’s staking out fresh ground in the world of streetwear. Not just a designer, Ross is a multi-hyphenate who does everything from making music to sculpting concrete home objects.

What to expect: Named as the Brit equivalent of Off-White, A-Cold-Wall* is breaking the mould of fashion with garments that are cut raw and hand-dyed in its East London factory. The recent Spring 2018 collection featuring a bespoke sneaker collaboration with mega sportswear brand Nike was a testament of the label’s predestined triumph.

Fun fact: Ross does not really like boxing his label into the streetwear category. “It’s a design project that has toppled into fashion,” he once explained. “If you look at what streetwear is supposed to be, what it’s based on and where it’s come from, this doesn’t really fit into that.” Who’s behind it: Ben Cottrell and Matthew Dainty are the collective duo running Cottweiler on a forward-thinking streak. Having met while studying fashion in a class dominated by females, the two gravitated towards one another and created Cottweiler as their side project.

What to expect: Shortlisted for the LVMH Prize in 2016, Cottweiler is no longer the overlooked, underrated label of London. The label draws inspiration from sportswear fetishism and the worlds of digital art, not fleeting trends and fads. Although concept-driven, function closely follows form in Cottweiler’s dictionary.

Fun fact: The brand was a Tumblr meme before it came into being. And before they had stockists, Dainty and Cottrell would put together collections and release a few images on the blogging site. At the time, Dainty thought “Cottweiler as an expression of pure creativity should be enough.” But as we’ve all come to know now, it isn’t.