Home > Style > Fashion > All the highlights of Men’s Fashion Week, from Paris to London 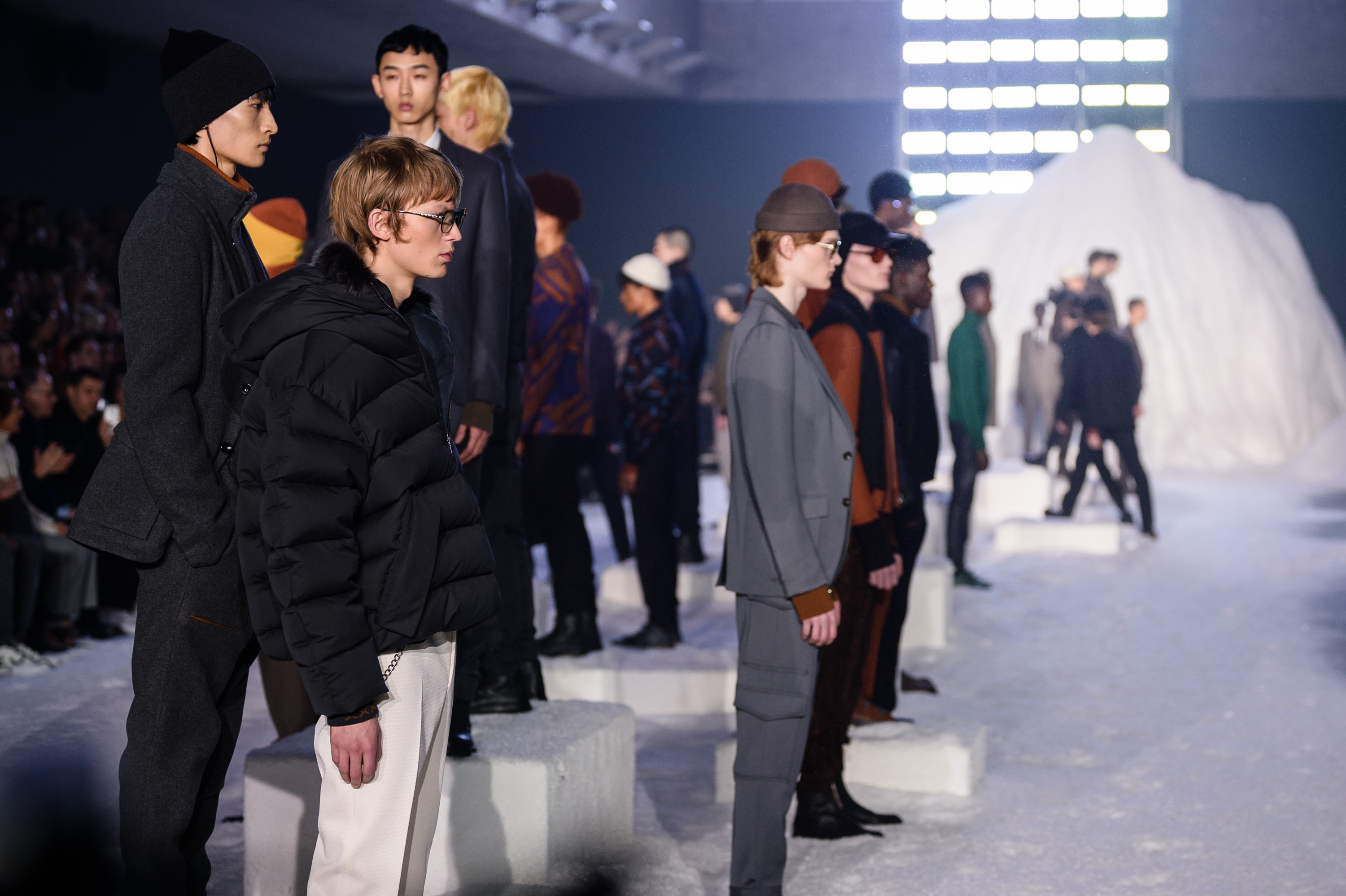 All the highlights of Men’s Fashion Week, from Paris to London

Style
All the highlights of Men’s Fashion Week, from Paris to London
Share this article
Next article

In Paris, Louis Vuitton just bid adieu to its seven-year artistic director Kim Jones with one last collection featuring special guest stars. Rewind a few days back to Milan’s leg, and we witnessed Zegna’s poetic whiteout and Prada’s nylon-packed propaganda. Pitti Uomo, too, had its highs via fresh debuts and a combined Undercover and The Soloist show. While, of course, London had its endless supply of new young talents to boast of. Only this time round, with major fashion houses decamping to Paris, the short three-day extravaganza shifted more focus towards these up-and-comers. As it should.

To help you filter the not-to-miss fashion news from the whole extravaganza is our round-up of the best (and most shocking) pieces, moments, and collections. Below, 10 highlights from Pitti Uomo and London, Milan, Paris Men’s Fashion Week. Two days prior to the show, Kim Jones announced he would be leaving his role as men’s artistic director of Louis Vuitton after seven years. The fashion industry crowd came in droves to witness his final adieu, from the Beckham clan to fashion peers like Virgil Abloh. Titled ‘Overview’, the collection revisited Jones’ design legacy, and ended with supermodels Naomi Campbell and Kate Moss flanking the artistic director in matching PVC, LV-monogrammed coats to a rapturous standing ovation. Jones is rumoured to head Burberry or Versace next. 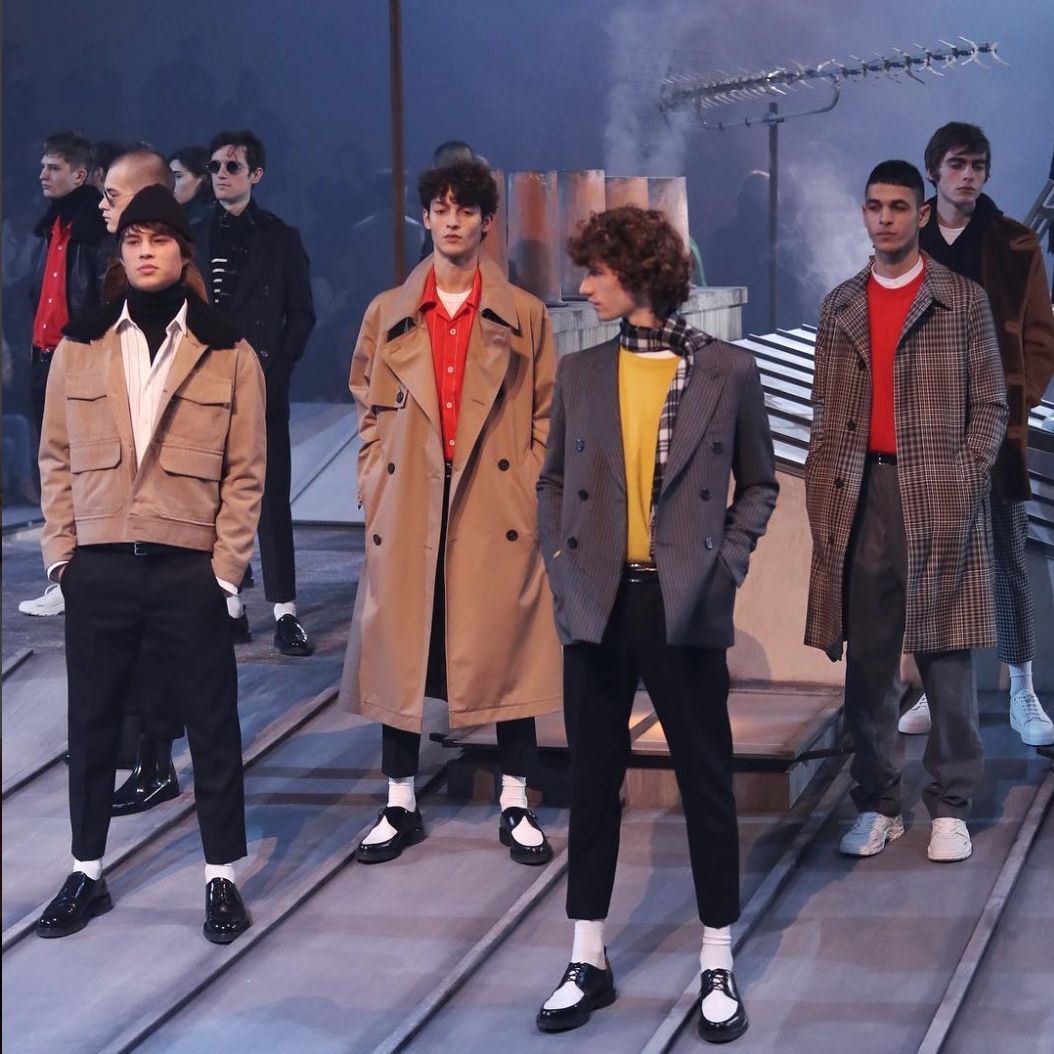 As Ami’s borrow-from-the-boys woman clientele grows, founder Alexandre Mattiussi introduced “menswear for women” along with his Fall 2018 debut. The show was held in a set shaped to resemble the typical derelict rooftops of Paris. To mark the new shift, a couple in matching overcoats climbed out onto the roof to open the show. 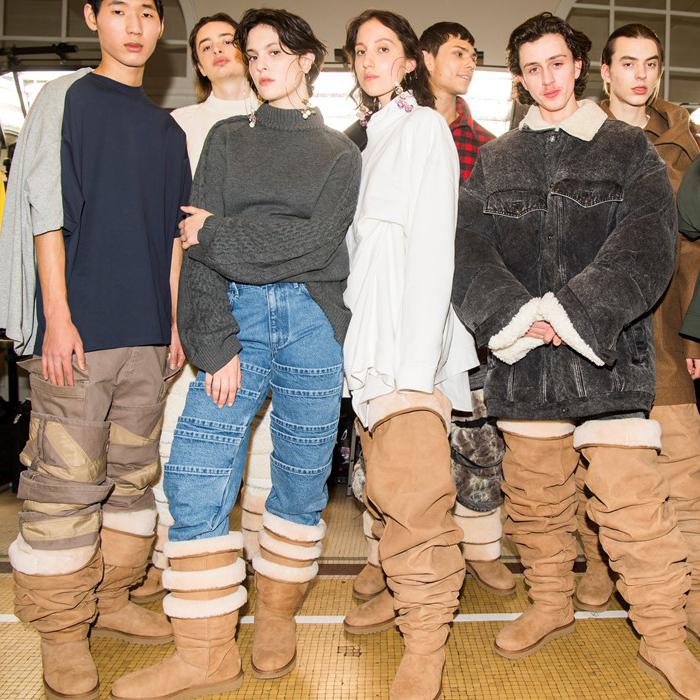 There were Crocs, and now there are Uggs. Back in the noughties, no Juicy Couture tracksuit was complete without a Starbucks cup in hand and a pair of Uggs slipped on. At Y/Projects’ recent show, deconstructed shearling booties were re-introduced, like never before: Crotch-grazing height (pantashoe Uggs?). In an interview with Vogue, creative director Glenn Martens said, “Putting on Uggs is like putting your foot in a warm pot of butter, and I thought why not elevate that and immerse your full legs… So we decided to design an Ugg boot that climbs up to the crotch and covers the whole leg.” For his latest outing, hype mastermind Virgil Abloh emblazoned “Business Casual” on tailored outers and skewed buttons on shirts. Applying references from the likes of Raf Simons, Margiela, and/or Demna Gvasalia’s Balenciaga, Abloh’s workwear is the uniform his 9-to-5 fans would gladly wear for Casual Fridays. 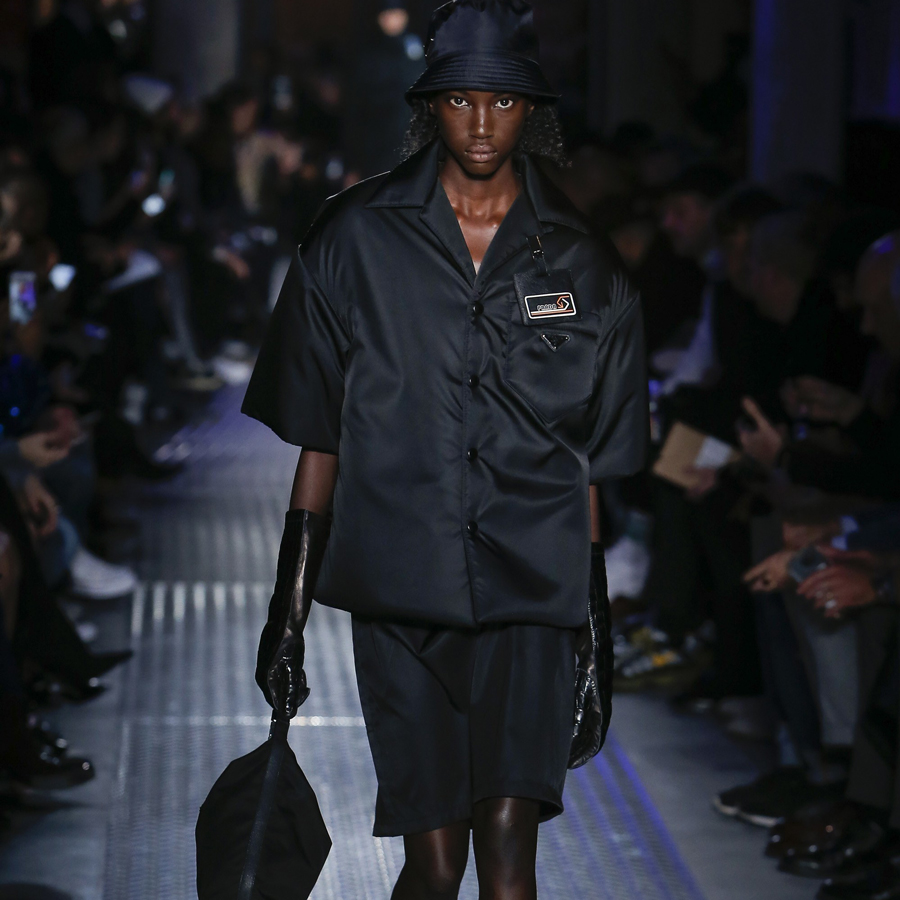 5
Prada put nylon on the runway

Aside from championing ugly-chic beauty, Prada has always been famed for its signature nylon Vela bags. And interspersed within Miuccia’s newest for her Prada boys and girls were sturdy garments chiefly threaded with nylon. From its first few looks alone — a lightly-padded black nylon shirt with matching shorts, bag and bucket hat — it was clear as day that the material synonymous with ’90s Prada was back with a bang. 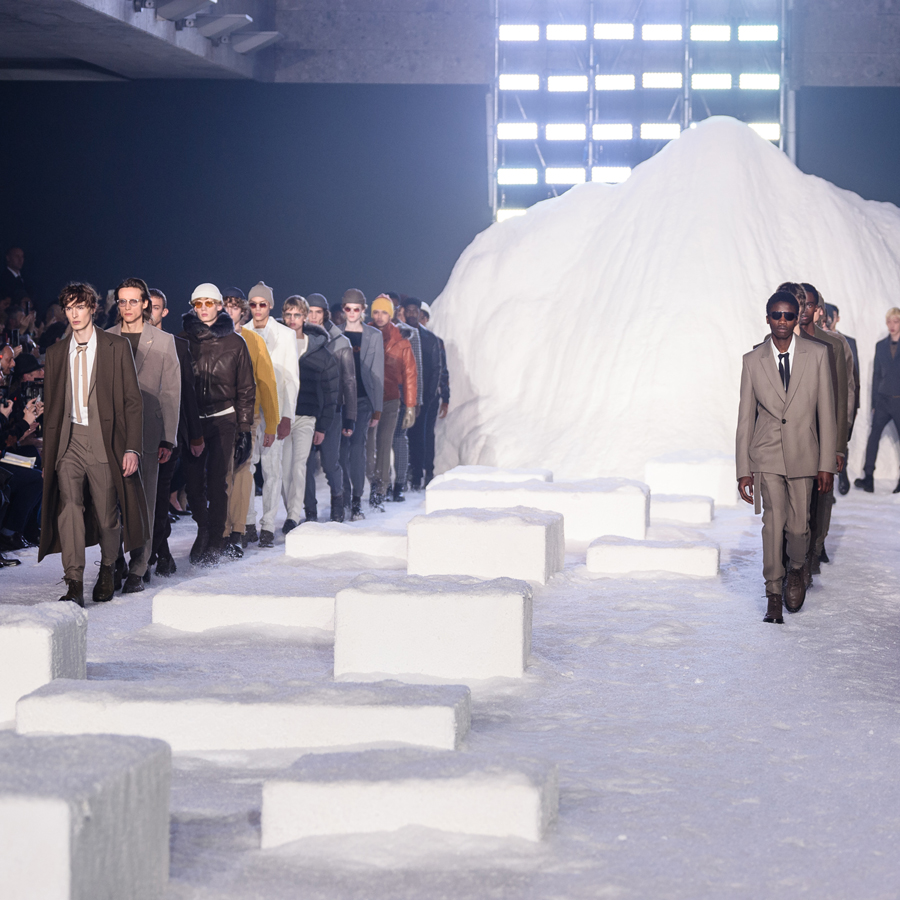 You shouldn’t bet against Ermenegildo Zegna’s Alessandro Sartori when it comes to stretching the possibilities of constructing a suit. This season, he enlisted landscape artist Thomas Flechtner to dream up a romantic snowstorm for his tailored troops to march under. Most of the garments were fabricated with the Oasi cashmere, a new material dyed with all-natural ingredients. Weather-worn blazers were tinted with tea and tobacco, while the violet hue juxtaposed with these shades was derived from crocus flower. 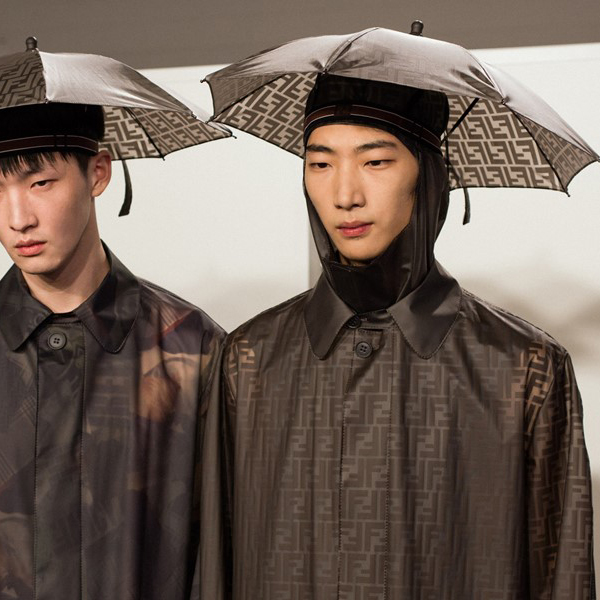 As much as we want to stay dry during monsoon showers, carrying an umbrella also means hindering our hands from texting, holding our coffee, or doing pretty much anything else. Enter Fendi with its cheeky solution: A monogram umbrella hat. 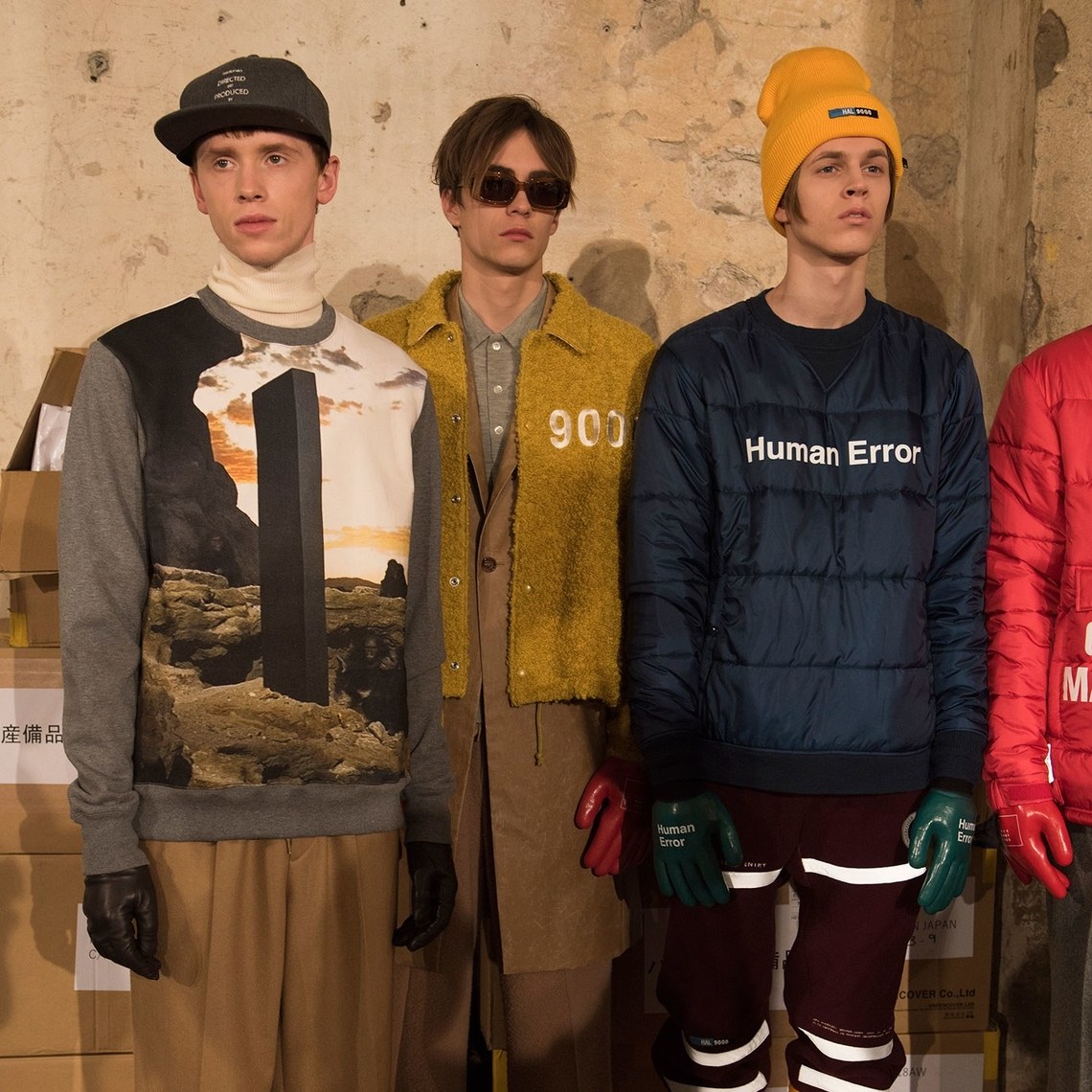 Florence’s Pitti Uomo played host to two special Japanese guest designers: Jun Takahashi of Undercover and Takahiro Miyashita of The Soloist. The duo fused their shows in a disused railway station and took the audience on a space odyssey through their street-meets-noir looks. Berlin cool kid zine 032c also launched its first ready-to-wear unisex collection at Pitti Uomo to rave reviews. Meanwhile, the newly rebranded M1992 (previously Malibu 1992) proposed for rhinestoned hoodies and the revival of the Canadian tuxedo. 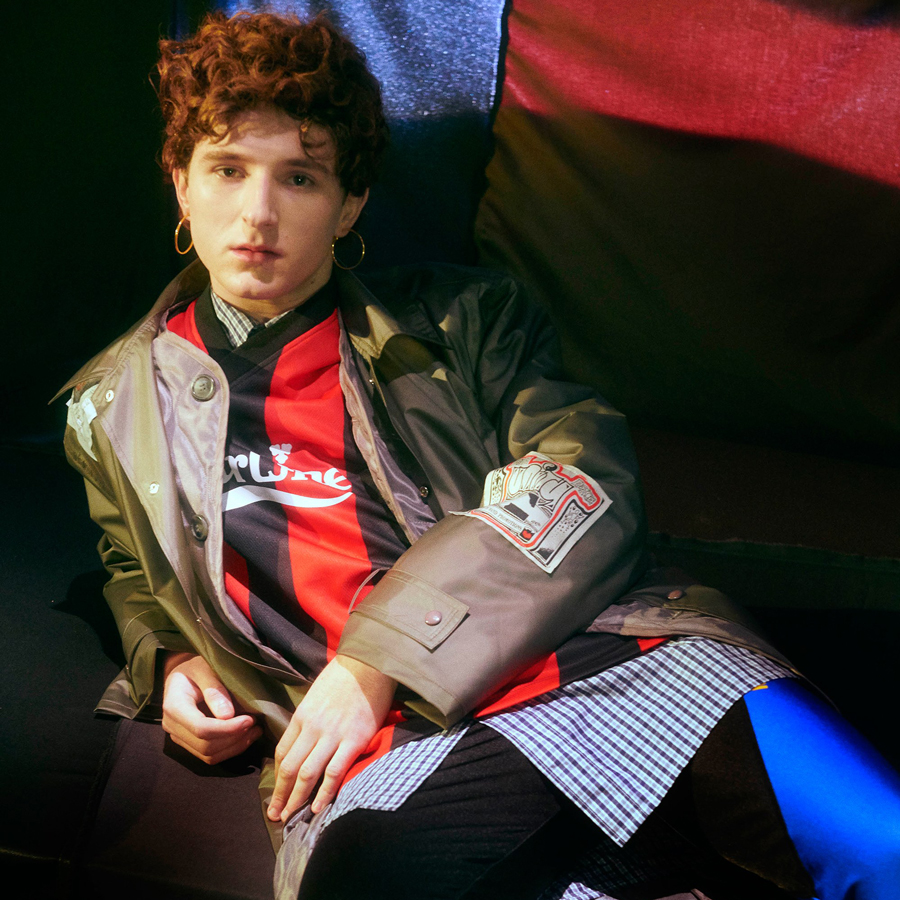 Gosha Rubchinskiy, who continued to show off-calendar in Russian cities, staged his Fall 2018 in Yekaterinburg with four collaborations in tow. Then there was Martine Rose, who opted for a good ’ol lookbook (not unlike Vetements that’s been on a runway sabbatical) in place of her usual atypical choice of location in Tottenham, presenting a grainy image series of men in belted denim truckers, acidic leggings, and gold hoop earrings. 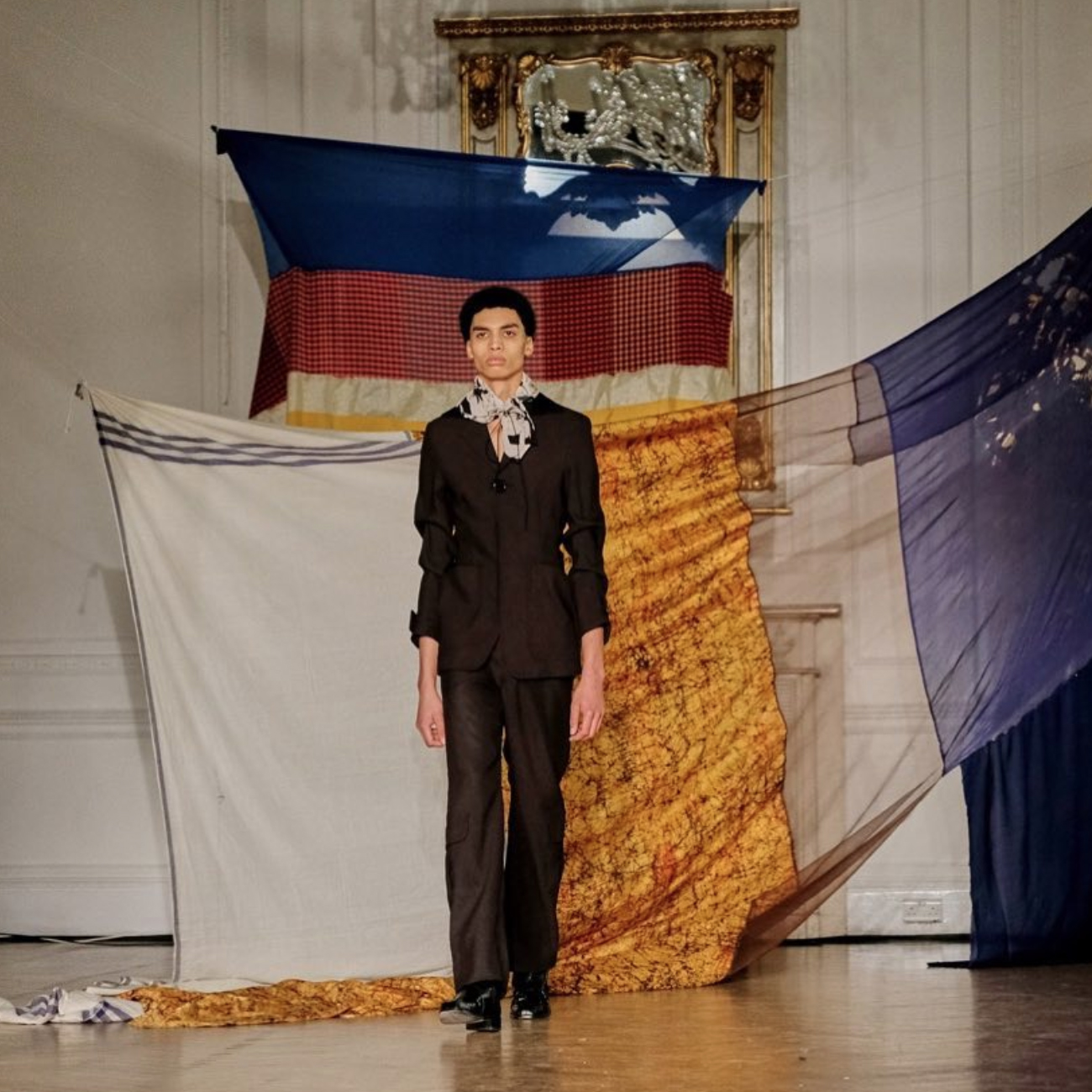