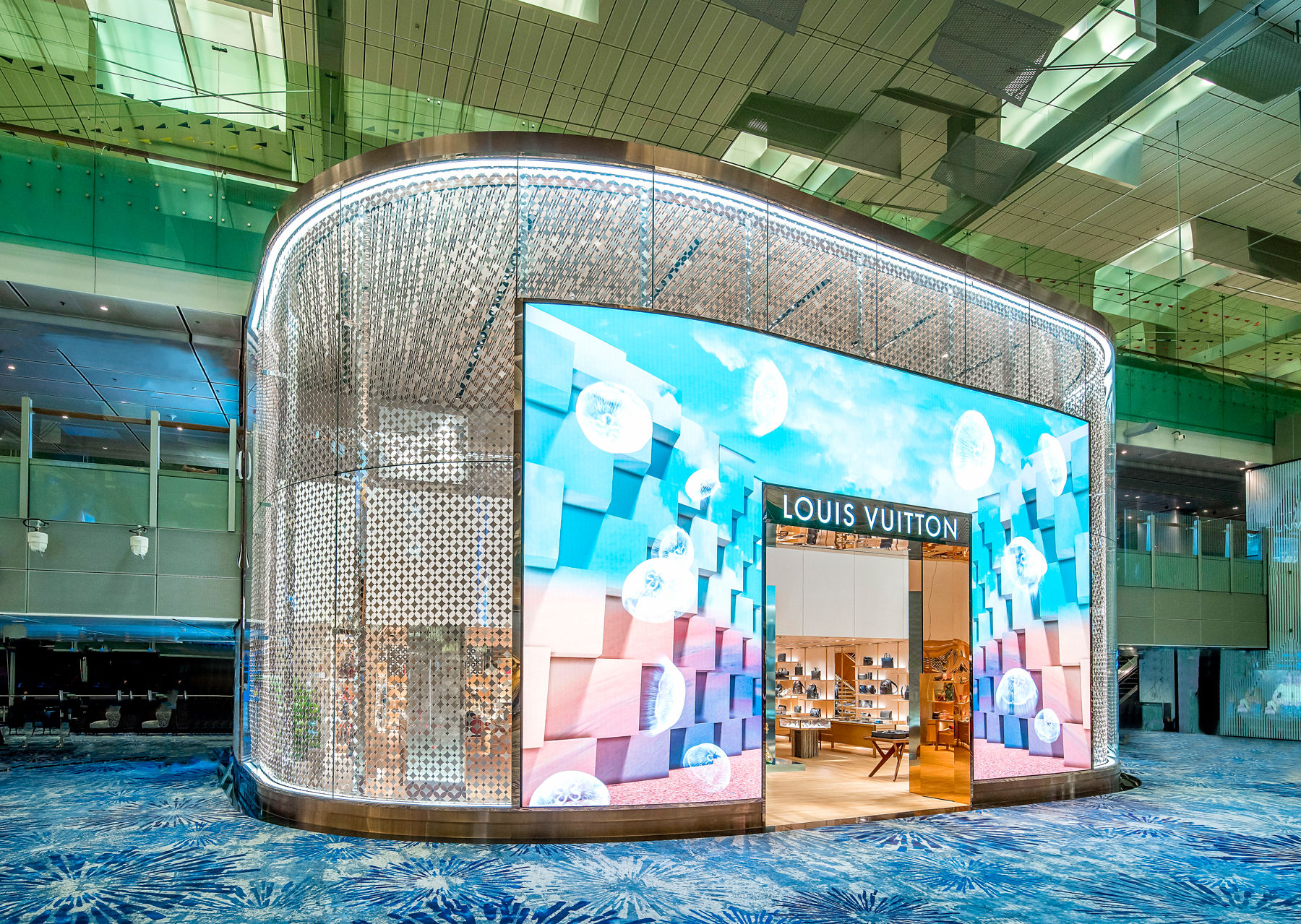 Travellers, rejoice. Louis Vuitton has just unveiled its two-storey duplex at Changi Airport just in time for the flurry of holiday outbounds and inbounds. Housed inside the new Crystal Garden in the Departure Transit Hall of Terminal 3, the boutique is the French maison’s first in-airport store in South Asia.

This store is particularly special as it’s built in homage to Louis Vuitton’s presence in Singapore. After all, the first Louis Vuitton store here was launched almost four decades ago.

Its façade is a clear glass exterior layered with an inner mesh of sparkling copper diamonds resembling Louis Vuitton’s house Monogram Flower print. The centrepiece, though, is the LED screen made especially for the Changi boutique which looms 6.5 metres high, arching as an immersive entrance gate and a beckoning call for spectators.

Inside, greeting you up in the air is a life-sized model replica of a 1930s French plane. Further into the store, more little flying machines carrying the historic Vuitton trunks and suitcases are suspended above. While below them, the range of men’s and women’s leather goods, ready-to-wear, accessories, shoes, watches, and fragrances are interweaved with the warm home-away-from-home setting.

Climb up the wooden staircase at the back of the store and you’ll enter the world of Louis Vuitton’s rich history. The exhibition space on the upper level displays a series of antique objects curated from the archives. Expect to see the pioneering trunks or original sketches from Monsieur Vuitton’s salad days to limited edition Petite Malles from Nicolas Ghesquière’s defining epoch.

Louis Vuitton’s heritage has always been closely interlinked to the aviation world. Its design innovations grow in parallel to the technological advances of travelling in anticipation of the modern-day traveller’s needs — including the cautious early birds and transiting frequent flyers. Your ample extra time can now be spent beyond lounge perimeters.