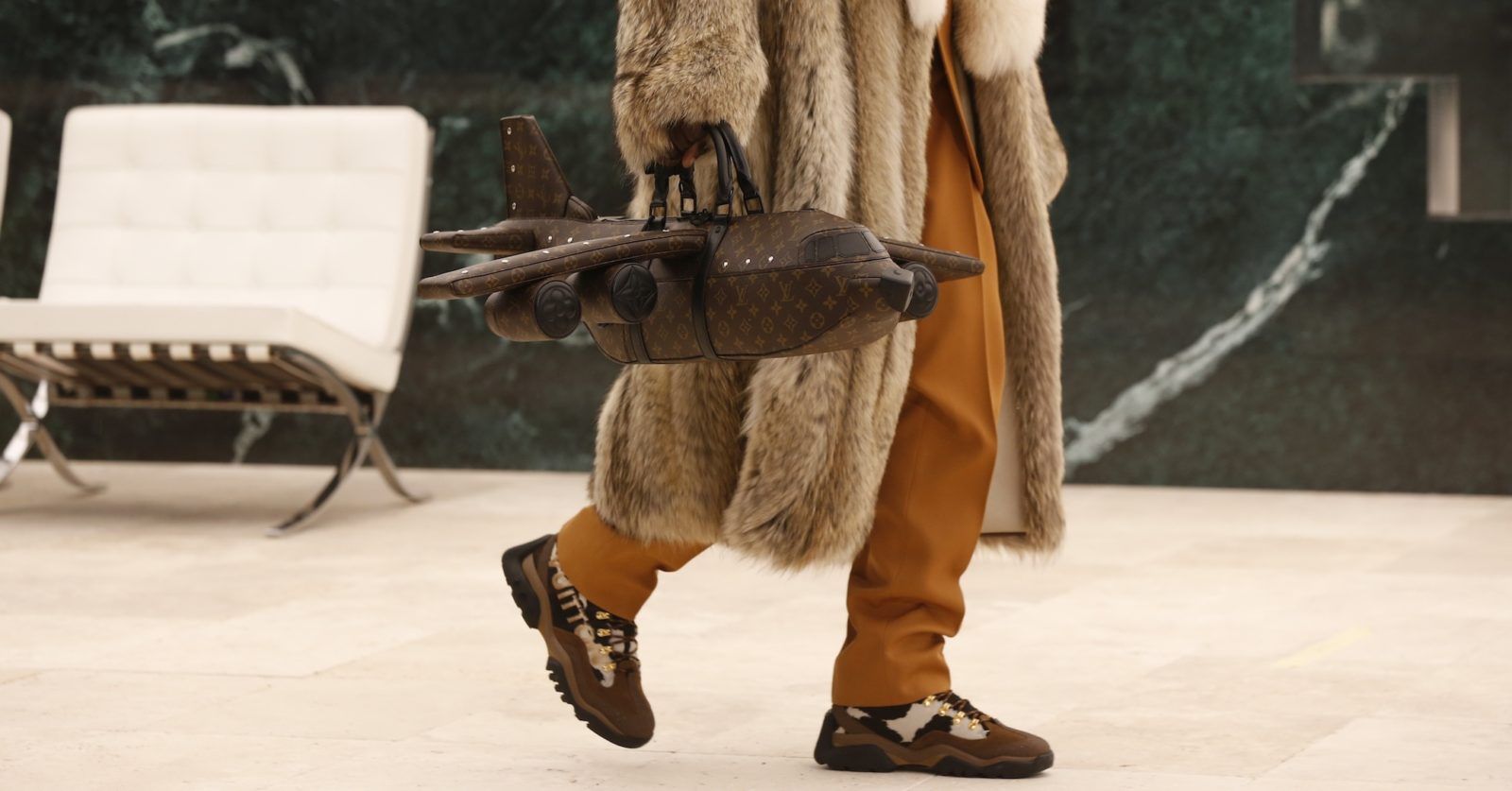 While other brands at Men’s Fashion Week proposed clothes for The New Normal, Virgil Abloh used his Louis Vuitton show to question what normal even is.

You may also like…
Style
Do men want to wear Prada bodysuits? Raf Simons thinks so
Style
Zegna’s new suits are so comfy, you’ll ditch your hoodies and track pants for good

Consider Louis Vuitton’s Fall/Winter 2021 film as one such attempt to change our minds. The stunning film, directed by Wu Tsang, showed us a reimagining of those aforementioned archetypes.

Abloh played around with menswear codes — the cowboy hat, the suit, the military jacket, the trench coat — to create new uniforms that could be worn by anyone, regardless of their genetic make-up. (A wardrobe for a New, New Normal, if you will.)

In other words, the new Louis Vuitton collection has something for everyone. Below, we spotlight 10 pieces from the runway that will likely appeal to the masses — just like almost everything Abloh designs.

The suit, one of the most important silhouettes in menswear, comes in many different forms in the new Louis Vuitton collection. This one, crafted with PVC leather, is the most ambitious. Sure, it hides nothing, but it will at least keep you covered in the rain.

Meet the Moto-Suit, Virgil Abloh’s reinterpretation of the iconic biker jacket into an everyday suit. Theoretically speaking, at least. Still, we can see this printed leather ensemble becoming the uniform of someone like Lil Nas X.

This season, Abloh’s tailoring experimentations brings us an array of suits that mimic the complex texture of marble — the same one that is used in the Louis Vuitton show set. Aside from jackets and shirts made of wool, jacquard and silks, the marble effect can be found in matching ties, earrings and sunglasses throughout the collection.

The plane, a symbol of boyhood, travel and imagination, figures heavily in Abloh’s latest collection. You’ll see it on earrings, suit buttons, or on the front of a jumper, but it comes in its most literal form through this Monogram Ebene leather bag. Do you play with it? Or actually carry stuff with it? Abloh leaves it up to you.

Behold, Louis Vuitton loungewear. This look, comprising a sumptuous purple silk evening robe and matching pyjamas, is as far as the French brand is going with the comfort-first trend that has taken over fashion. That’s a shame, because this pyjama set sure seems to promise some sweet dreams.

A handful of the collection’s accessories feature slogans by Lawrence Weiner, an American conceptual artist that Abloh is a fan of. One such collaborative piece is this Keepall bag, made with Louis Vuitton’s vintage Monogram leather in cobalt blue. We think it perfectly captures our present attitude towards travel.

The coffee cup is one of many ordinary, universal (or “un-designed”) items that Abloh incorporates in his latest collection. Since it can’t be pinned down to any particular culture or artist, Abloh has carte blanche to redesign the coffee cup however he wants (without being called a copycat). He does so with Louis Vuitton’s Monogram Ebene leather, turning the everyday item into a cult piece that logomaniacs will thirst over.

Louis Vuitton Virgil Abloh FW21 fall 2021
Pameyla Cambe
Senior Writer
Pameyla Cambe is a fashion and jewellery writer who believes that style and substance shouldn't be mutually exclusive. She makes sense of the world through Gothic novels, horror films and music. Lots of music.
Fashion Style Jewellery
Sign up for our newsletters to have the latest stories delivered straight to your inbox every week.