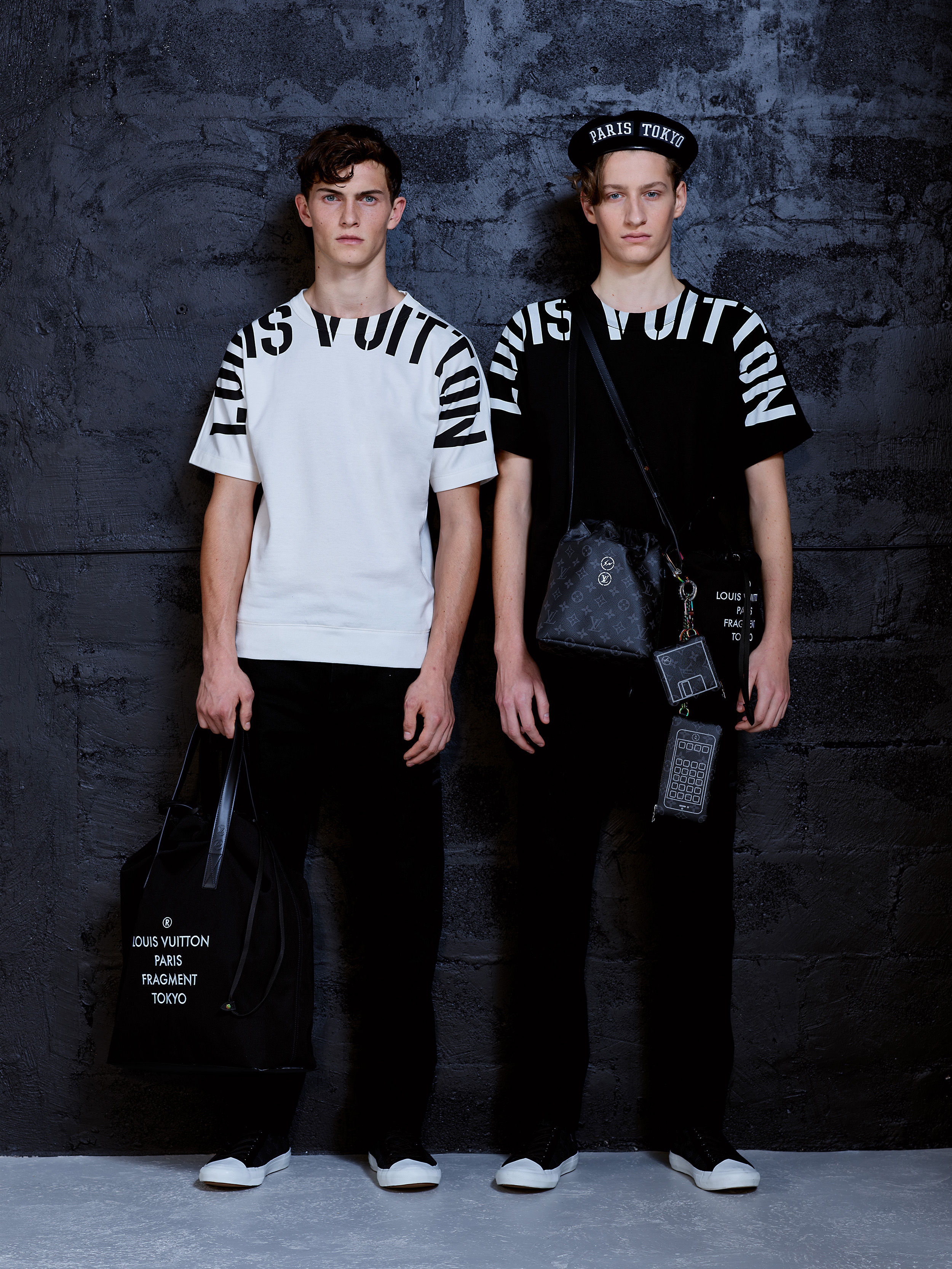 Louis Vuitton’s artistic director Kim Jones clearly knows how to stir the hearts of his young(er) fans. Hot on the heels of the collaboration with Supreme, the French Maison has now teamed up with Japanese streetwear label Fragment Design for an exciting line-up that part of the Autumn/Winter 2017 men’s pre-collection.

Inspired by downtown New York in the ‘80s, Jones worked with Fragment Design’s founder Hiroshi Fujiwara to mesh the sounds and styles of the Big Apple with early hip hop and preppy varsity looks that artists such as Keith Haring and Jean-Michel Basquiat often sported.

The Louis Vuitton x Fragment Design collection is based on the fictitious band “Louis V and The Fragments”, where preppy elements — together with bold embroidery and prints — are liberally applied to a series of leather goods, ready-to-wear apparel, shoes and accessories.

Unlike the Supreme collab, however, you’ll actually get to lay your hands on something from this equally hyped-up one. Louis Vuitton will host a guerrilla store at Singapore’s Surrender store from 22 April to 7 May 2017, where music and art will meld with high fashion and streetwear.

To get your inner hypebeast all worked up, here are five of our favourite items that will be available at the pop-up store. 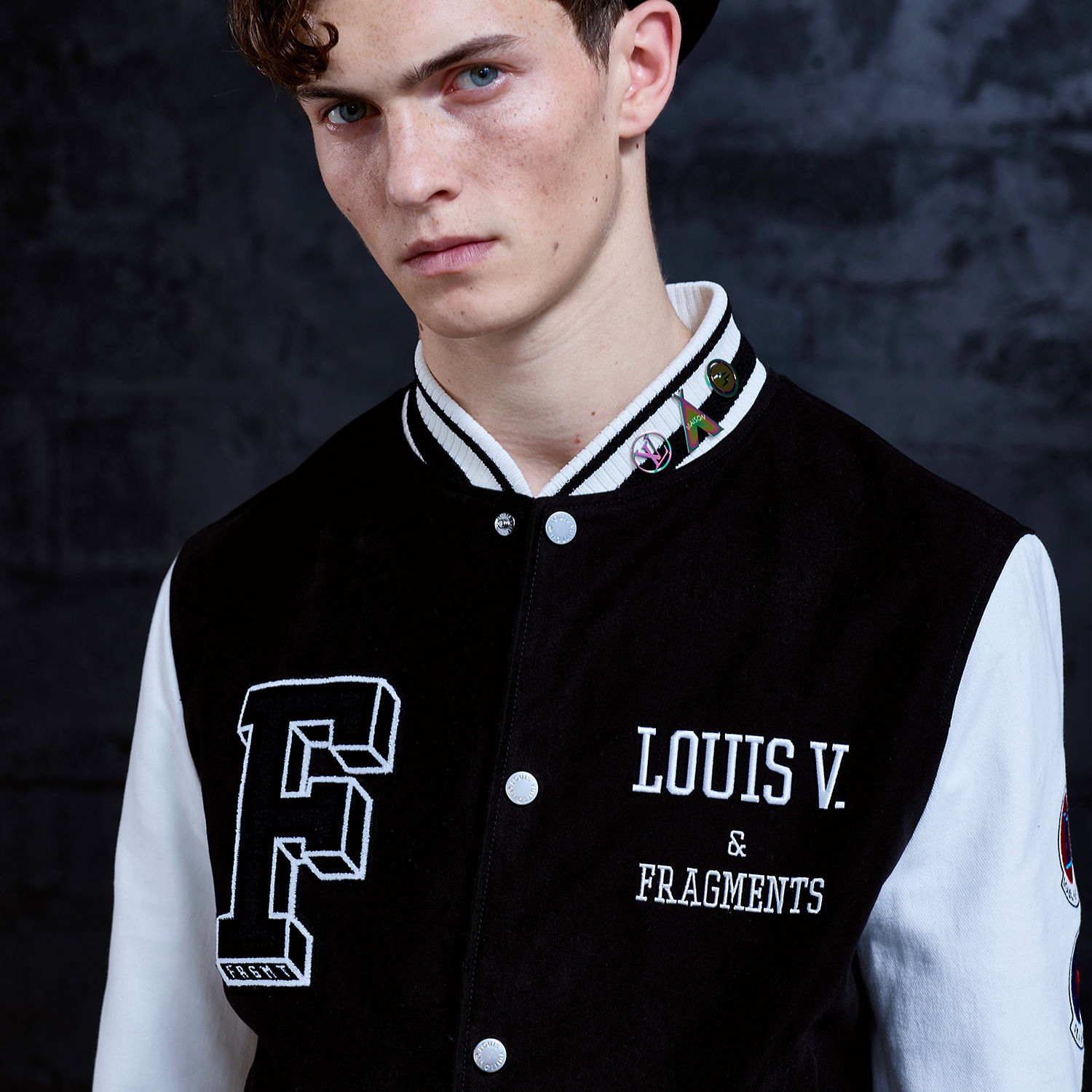 Cut with contrasting white sleeves, Jones and Fujiwara make a case for the varsity jacket again this season with this monochromatic iteration. On the front, “Louis V. & Fragments” is stitched, accompanied by branded patches on the upper left arm. The neutral colourway makes it remarkably easy to match with everything else that’s in your wardrobe and, of course, the rest of the collection. 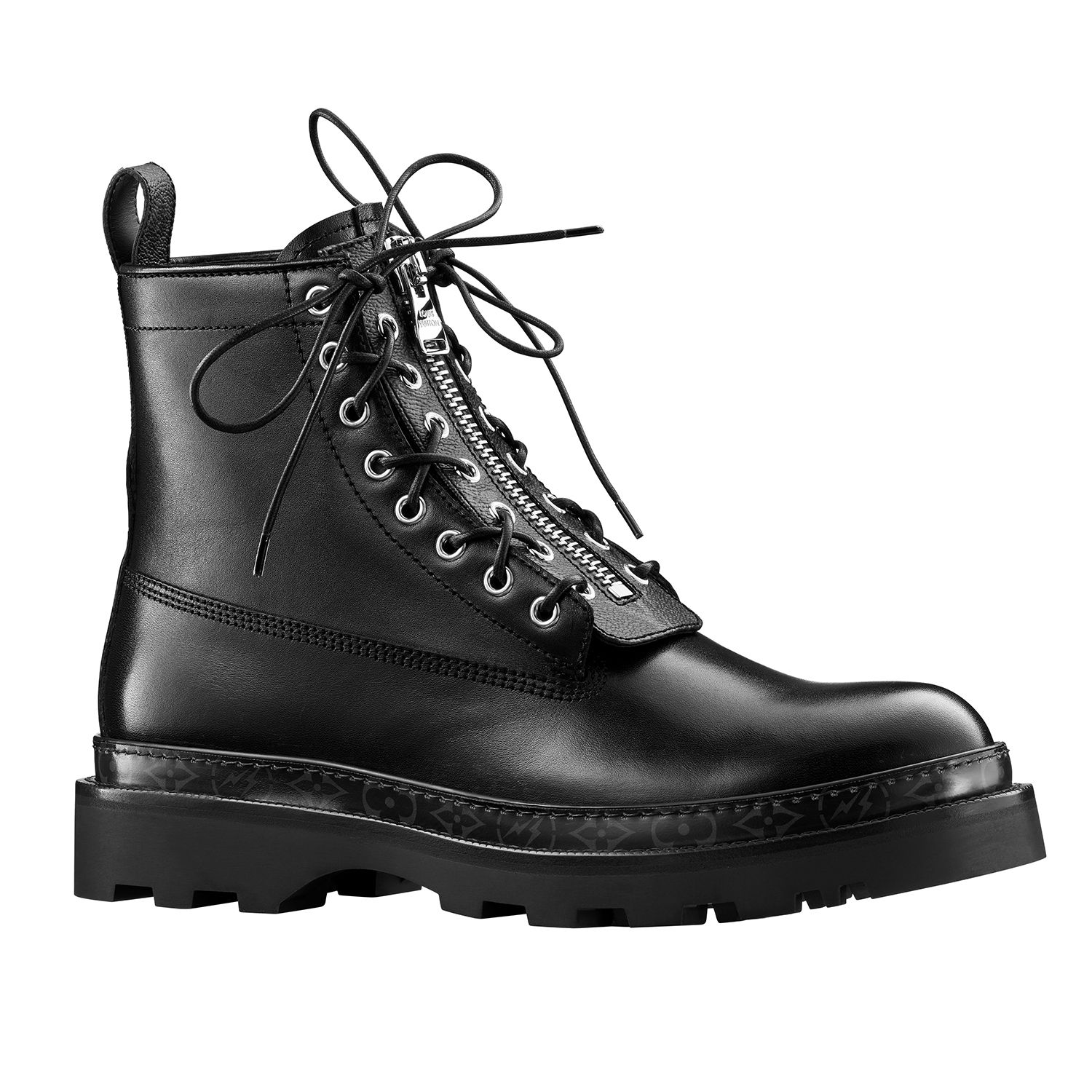 These aren’t your standard army issue. With two sets of wax laces on each boot — both divided by a chrome zipper — the utilitarian footwear gets a high fashion makeover without losing its edge. At the bottom of the zipper, the premium leather tongue is subtly stamped with the “LV” branding, while the base features the monogramed canvas in the series’ muted colourway. 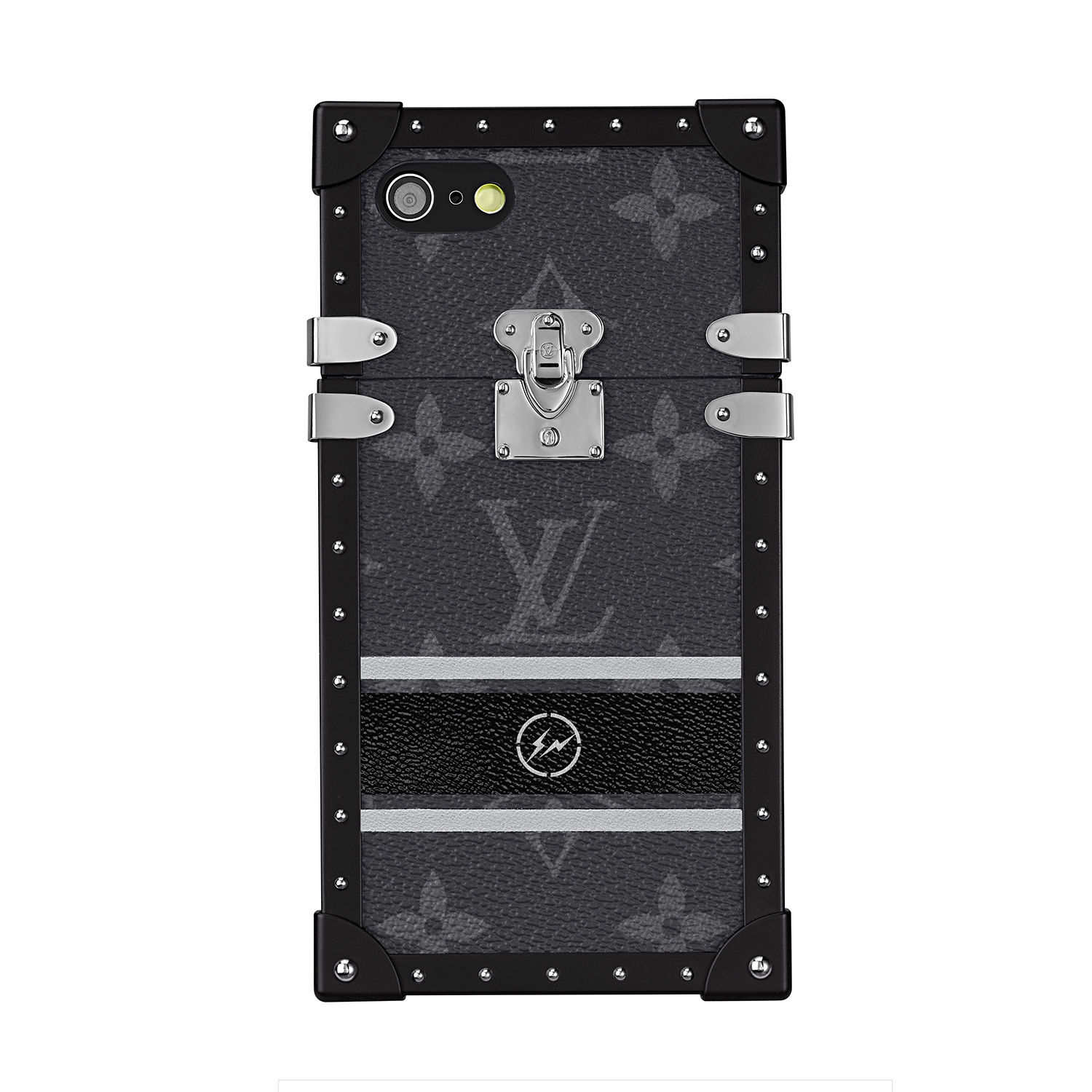 Of course, we had to include the now-Instagram famous Eye-Trunk iPhone case. First launched to a lot of gushing and ooh-ing at the Spring/Summer 2017 runway, the phone case is also now given the Fragment Design treatment in line with the rest of the collection. Amidst the darker Monogram Eclipse palette, you’ll spot the signature dual lightning bolts — so you’re hypebeast-approved no matter where you go. 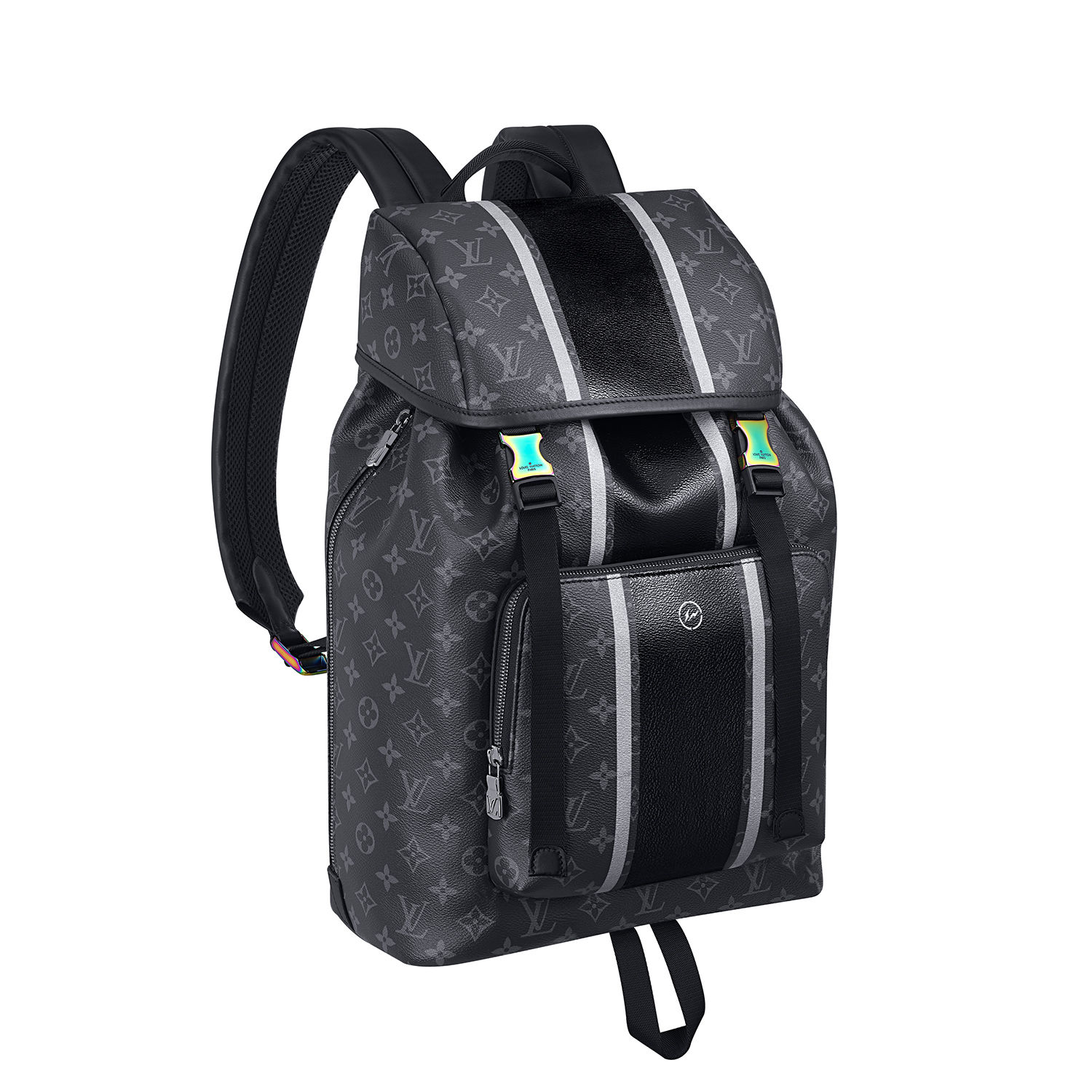 Save for the iridescent buckles, the monogramed rucksack from this collection is properly blacked out. A solid black panel runs down the middle of the Monogram Eclipse facade to make for a carrier that’s the epitome of “too cool for school”. 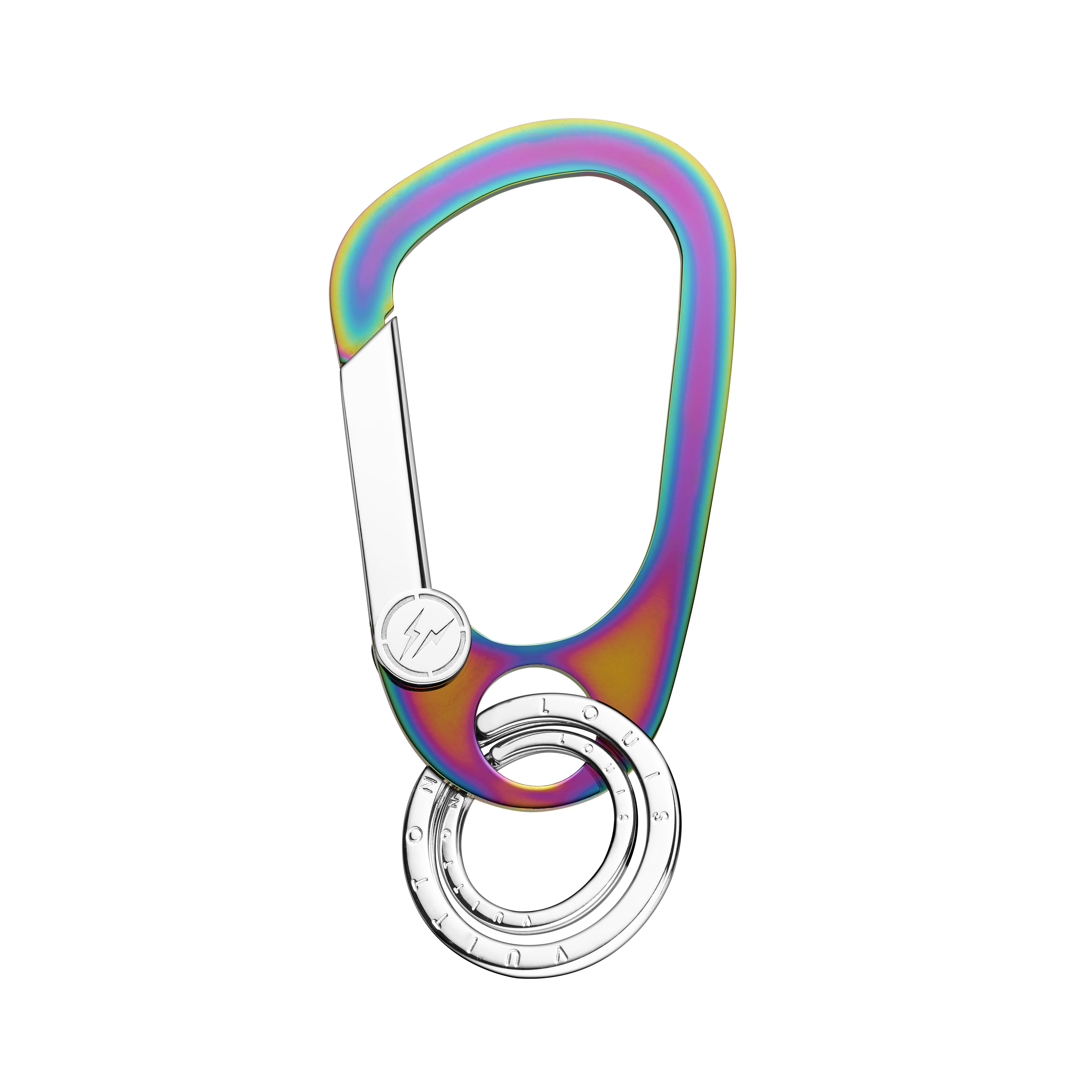 From Off-White’s “Tie Down” industrial belt to Heron Preston’s carabiner straps, it’s safe to say that utility-chic is making a comeback. The addition of a carabiner to this collaboration might seem frivolous, but it’s actually great as an extra statement for your outfit or accessories. The iridescent finish also adds a bit of colour to the otherwise monochromatic collection, so get creative with it.