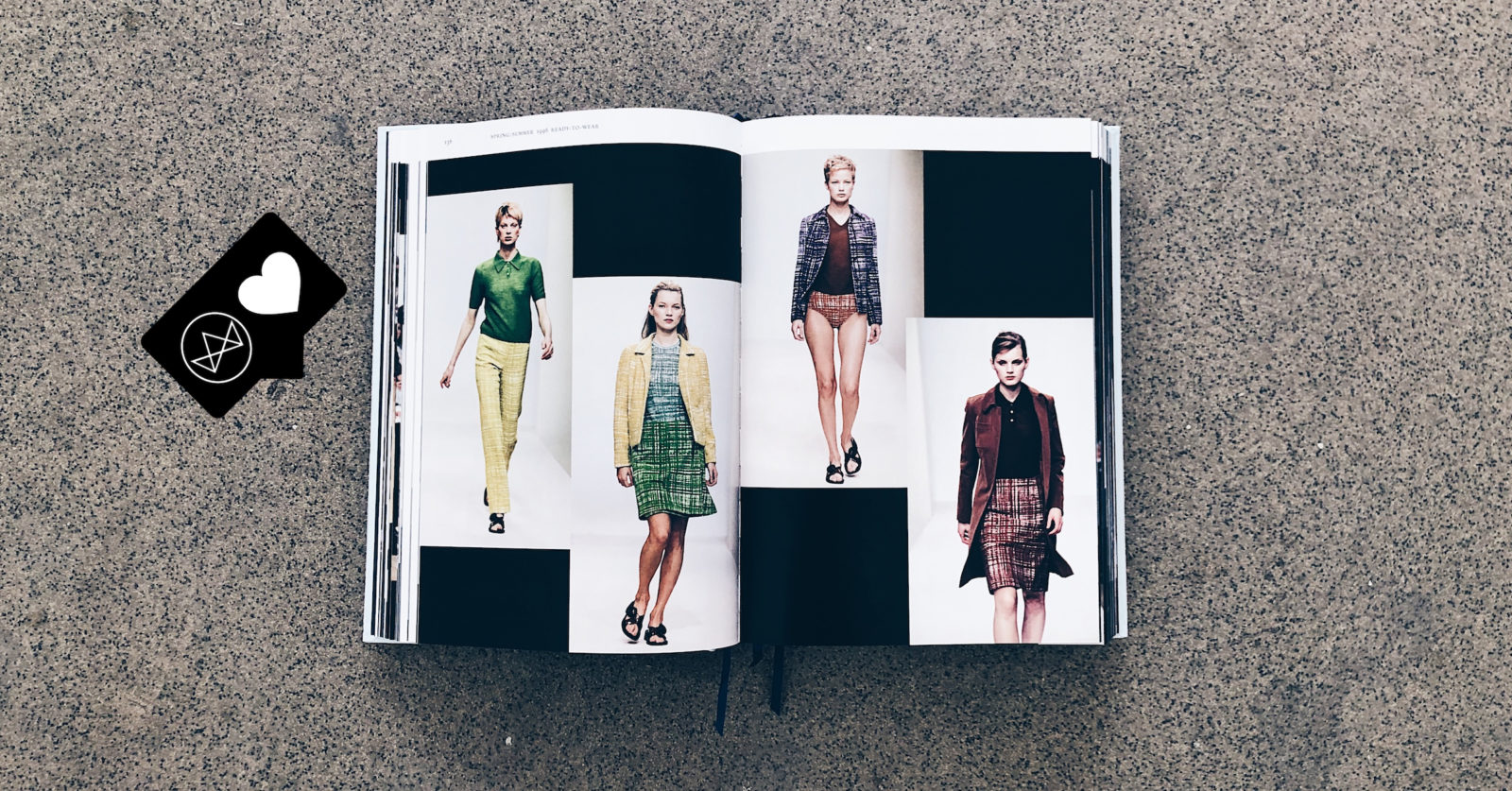 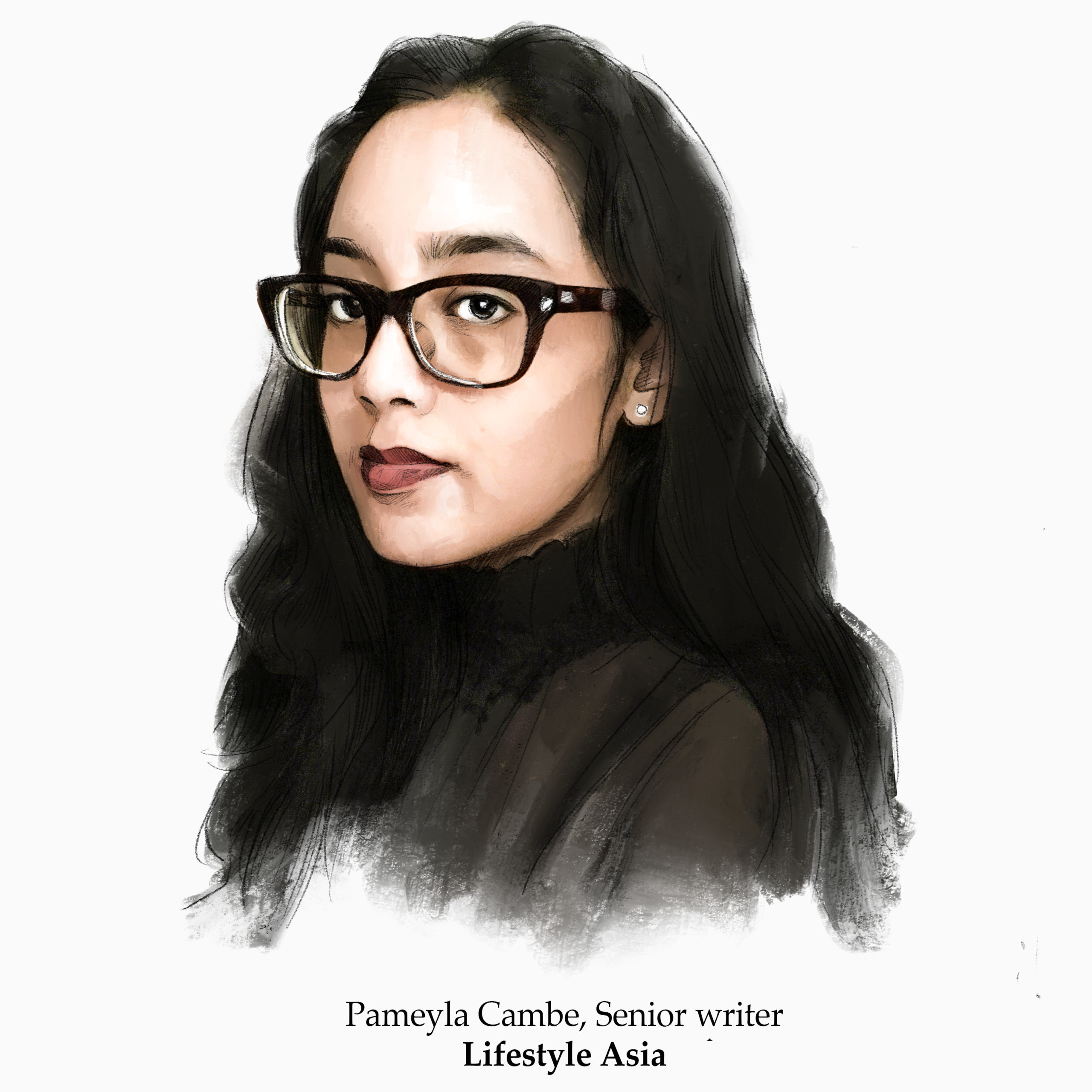 Okay, nobody actually asked me that, but I couldn’t resist throwing in a The Devil Wears Prada reference. Not when the following six hundred-some words are a paean to the devil’s designer and a new tome dedicated to her: Prada Catwalk.

“New” is relative; the book was published by Thames and Hudson last October. And since I found out about it through an Instagram post by a fellow Pradaphile, I have fantasised owning it, running my fingers along its pages and marvelling at the Prada-isms within. It sounds perverse, but all obsessions are.

Obsessions, specifically Miuccia Prada’s, are what Prada Catwalk gloriously lays bare across its 600 pages. To anybody else, the book is merely a collection of collections, chronicling Prada’s womenswear runway shows from her Fall/Winter 1988 debut right up to Spring/Summer 2018. Why not just look them up on the brand’s website?

Well, because the website is not written by Susannah Frankel, a fashion journalist learned in the maverick ways of Prada. In Prada Catwalk, Frankel’s words guide the reader through each collection like a priest leads a mass. And I am a devout follower, eager to decipher the Word of Miuccia as told through her knee-length skirts and duster coats and nylon bags.

That’s because Miuccia, unlike many designers, truly has something to say. It’s not just because she has a PhD in political science. She’s endlessly curious, constantly delving into the same worlds that I do: literature, theatre, film and art (hence, the birth of Foundazione Prada). She is every bit the intellectual that she is often labelled as, much to her chagrin.

Her collections don’t start with sketches (she can’t draw) or some ideal of beauty (the pioneer of “ugly-chic” doesn’t care for it). They start with concepts. And often, those concepts are based on the experience of being a woman.

I can’t think of another female fashion designer whose work is so meaningfully tied to femininity and feminism as Miuccia’s. She captures all of women’s contradictions and complexities: we want to be intelligent yet attractive, we want to be loved yet independent, we want to seduce but not submit. The list goes on — inevitably so, thanks to a patriarchal world that has deemed that women can only be one thing at a time.

Even in fashion, male designers have their muses: often beautiful, often a distillate of a whole woman. Miuccia’s muse, if she ever had one, is herself. The real thing.

When Raf Simons was announced as the new Co-Creative Director of Prada, my heart sank. No, I don’t have something against Simons, and I do get down to A$AP Mob’s Raf on good days. But his appointment felt like a shift — or an intrusion — upon the female-centric universe that Prada, the brand, represented to me.

So I made up my mind. It was time for me to own a piece of Prada, as I knew it. Not with the clothes or the bags (neither my bank account nor my lack of materialism would allow it). Instead, I headed to Basheer Graphics Books (another literary safe space like The Moon) and sought that hefty, hardcover book. I found it easily, like it was meant for me. Or maybe because it was in the same distinctive shade of powder blue that Prada has often used.

I don’t know if the singular voice of a woman who speaks to me will emerge and reverberate so powerfully across fashion ever again. But, perusing the pages of Prada Catwalk, I’m reminded that for at least a good three decades, it did.

Prada Miuccia Prada LSA Loves
You might also like ...
Beauty & Grooming
LSA Loves: How a Tom Ford perfume shocked my life into high gear
Culture
LSA Loves: The Moon is not just a bookstore, it is the safe space we need
Pameyla Cambe
Senior Writer
Pameyla Cambe is a fashion and jewellery writer who believes that style and substance shouldn't be mutually exclusive. She makes sense of the world through Gothic novels, horror films and music. Lots of music.
Fashion Style Jewellery

BTS are the new Louis Vuitton ambassadors, with “exciting projects” in the works

Why brands like Dior, Gucci, Chanel and Cartier are launching their own podcasts

What is Tencel? Is Cupro really sustainable? Here’s a guide to eco-friendly fabrics

10 vegan fashion items to add to your cruelty-free closet