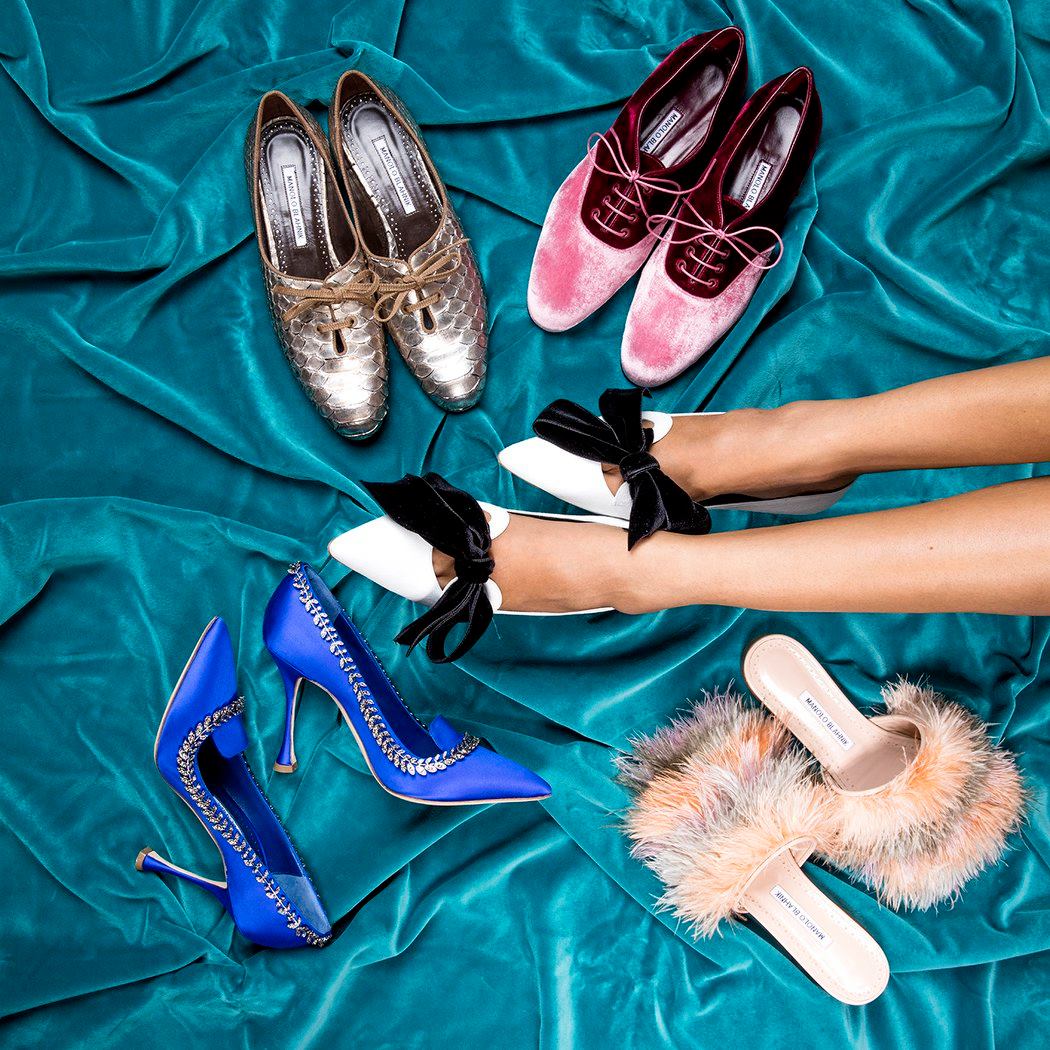 Icons before Instagram: Manolo Blahnik, the boy who made shoes for lizards

Style
Icons before Instagram: Manolo Blahnik, the boy who made shoes for lizards
Share this article
Next article

He’s known as the “Sultan of Slippers” and the “Holy Man of Heels”. When it comes to Manolo Blahnik, all superlatives are justified. Responsible for inventing exotic, wearable artworks that have become the footwear dream of women everywhere, the haute cobbler rightfully deserves to be put on a pedestal — and, as it has transpired, to have a documentary of his life made.

Manolo: The Boy Who Made Shoes for Lizards just made its silver screen debut on 15 September. Directed by Michael Roberts, the title stems from his short film which was released in 2014. The latter gave a glimpse into Blahnik’s life as a child, bolting through hometown Canary Islands’ foliage with one mission in mind: Creating shoes for his little friends — local reptiles — out of candy tin foil wrappers.

This new film, however, is more in-depth. It’s a portrait of Blahnik’s life; a candid day-to-day look at the charming flamboyance of the man, peppered with snippets of industry insiders waxing lyrical about him — the likes of Anna Wintour (“I can’t remember the last time I wore anybody else’s shoes.”), André Leon Talley (“He’s a poet, he’s up there with Baudelaire.”), and supermodel Iman (“Even my daughter knows what a Manolo is.”). Rihanna, Naomi Campbell, and Karlie Kloss among other names also made appearances alongside the celebrated artisan.

Before catching the flick, we look back at Manolo Blahnik’s journey throughout the decades — from being the boy who made shoes for lizards to the mule maestro who now crafts beautiful stilettos for the world’s leading ladies.

It all started because of Diana Vreeland

As a child, Blahnik lived at his family’s banana plantation and was homeschooled. It was during his trips to Madrid and Paris that young Blahnik started cultivating his fascination with fashion, as he watched his mother shop designer pieces from Balenciaga and Dior.

Growing up, his interest for Greek and Roman statues led him to enrol in architecture and literature studies, but it wasn’t until he met then-Vogue supremo Diana Vreeland in a chance encounter that he decided to bite the bullet. He showed her his sketches, and she encouraged him to focus on designing shoes and “extremities”. To this day, Blahnik continually acknowledges Vreeland as the figure who gave him the push he needed.

His first shoe was for Kansai Yamamoto, named The Brick. He designed it in a week and made each pair of the geta-inspired platform himself, by hand. “I went to under the arches in Portobello Road, and I bought an incredible amount of cork,” Blahnik recalled to Vogue, adding that he covered the shoes in “revolting patent leather in green and red and pink.”

From there came an ongoing collaboration with ’60s fashion designer Ossie Clark, which led to the birth of Blahnik’s favourite styles and the confidence to open his first boutique on Old Church Street in London. Bianca Jagger soon became a frequent customer, and wore Manolos to make her storied Studio 54 entrance on a white horse in 1977.

Here’s a quick quiz for self-professed Sex and the City savants: What is it that Carrie Bradshaw can’t live without?

A. Mr Big
B. Her close-knit girl friends Samantha, Charlotte, and Miranda
C. Her Manolos

Yes, C it is. As shallow as Sarah Jessica Parker’s Carrie Bradshaw was in the series, Sex and the City propelled Blahnik to the forefront of pop culture throughout the late ’90s and into the noughties. Carrie could wage a cold war with Samantha, and furiously hit Mr Big with her wedding bouquet — but who could forget how Blahnik’s pièce de résistance was what made her muster up the courage to hand over her jewels and purse at gunpoint to a mugger, “but not my Manolos.”

There was that episode where Carrie and her editor sneaked into the coveted Vogue fashion closet. She then squealed with unadulterated excitement over finding a pair of Manolo Blahnik patent-leather Mary Janes, which she previously believed to be an “urban shoe myth.”

Then, of course, after the countless ons and offs, ups and downs between Carrie and Mr Big, it was only apt that the couple sealed the deal with a romantic over-the-knee proposal featuring a Cinderella moment where Mr Big slipped the Hangisi satin pumps in cobalt blue — now Blahnik’s most popular design — onto Carrie’s feet in lieu of the traditional engagement ring. Iconic.

A classic in the past, present, and future

One of Blahnik’s most famous quotes was his answer when asked what fashion meant to him: “It’s discipline. Discipline and a credo to do only the best, down to the smallest detail.” Now 74, Blahnik still remains true to his ethos — enjoying most of his time doing hands-on work at his factory, as you’ll see in the documentary film.

His genuine enthusiasm and constant innovations have also kept the classic brand relevant through the decades, recently deemed as the symbol of cool even, with its brave waist-high satin booties made in collaboration with the hype-generating Vetements.

In tandem with his documentary, Blahnik has a travelling show that debuted at St Petersburg’s Hermitage, and another exhibit slated for 2020. Despite having quite a handful on his plate, he doesn’t intend to take it easy and put down the pencil anytime soon.

“I love to do what I do. Are you kidding?” the living legend said to Vogue. “I challenge myself: This is not good enough. I have to do better. This is what keeps me going — it’s my nature. And people have really asked me a million times, why don’t you do glasses and things and hats, and blah blah. Are you out of your mind? I don’t want to do that at all. No. I do shoes, and I do the best I can.”