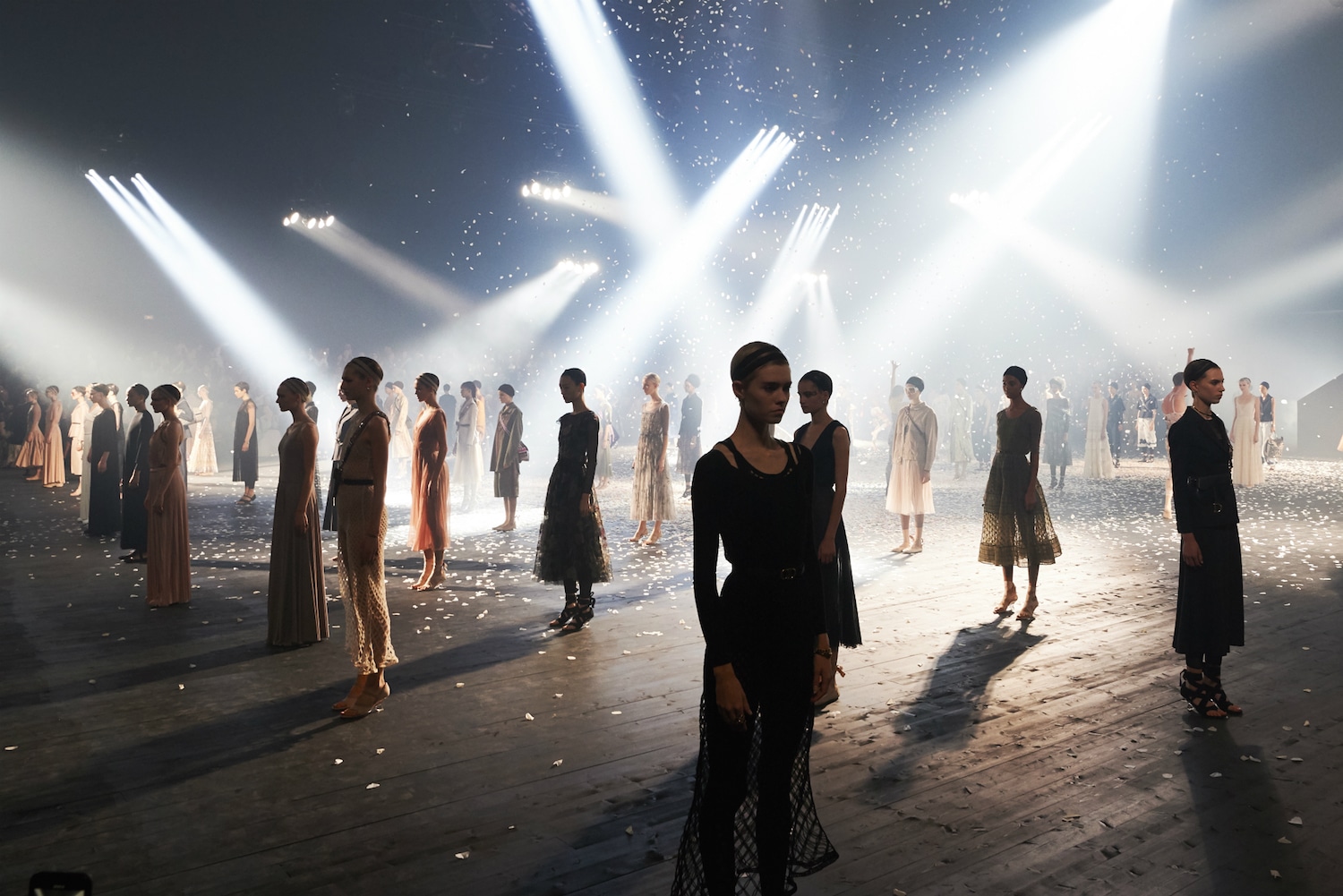 When Dior’s artistic director Maria Grazia Chiuri debuted her first collection (spring/summer 2017), she did so, guns blazing, as a feisty feminist. What stood out was a protest T-shirt bearing the slogan “We Should All Be Feminists”, a quote from Nigerian novelist Chimamanda Ngozi Adichie’s 2012 TEDx talk in London, which was also sampled by Beyoncé in her song Flawless.

The message her debut sent across echoed through, especially with Chiuri as the first woman ever to helm the prestigious fashion house. Under her watch, the slogan became as much of a Dior trope as the full, A-line skirt is.

This year, she took a more feminine, graceful approach for her Dior Spring Summer 2019 show, which opened this season’s Paris Fashion Week. Before the show, teasers started popping up on the house’s social media channels, hinting at a collection inspired by the elegance of ballet, with Israeli-born professional dancer Sharon Eyal choreographing the performance. This makes sense as since Dior’s inception, designers at the fashion house have emphasised on feminity and female contours — and what brings this message across better than ballerinas?

The sentiments translated into a collection of dance-inspired pieces presented in an array of earthy muted tones. References to dance, such as leotards, lace-up ballerina-inspired shoes, and ethereal tulle gowns in feminine florals or lace, dominated the runway.

If you missed the show, press play on the video above to preview the collection.

Dior Paris Fashion Week livestream dior spring summer 2019
Dewi Nurjuwita
Senior Writer
Dewi Nurjuwita is a travel and design writer who can be found exploring the streets of foreign cities with passport in one hand and a cup of coffee in the other.
Travel Architecture Interior Design