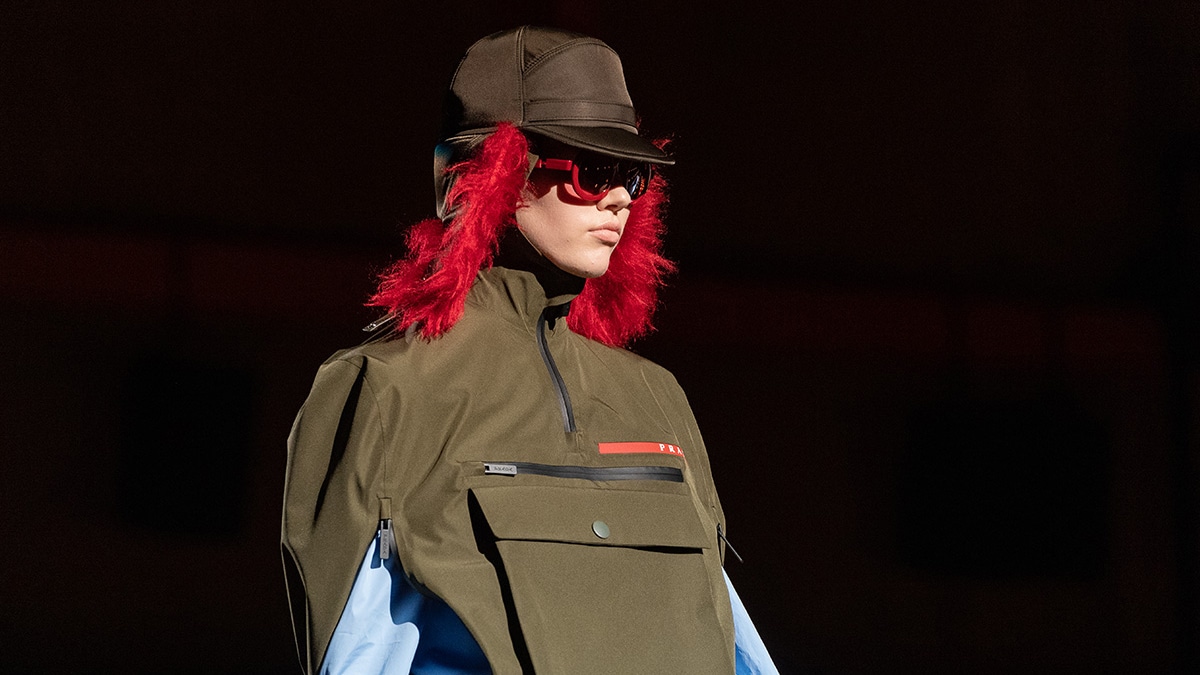 All the best collections from Milan Fashion Week

The world of fashion is still reeling from the death of Karl Lagerfeld last week, and with it occurring right at the cusp of fashion month makes his passing all the more significant.

At Milan Fashion Week, designers paid tribute to the legendary Kaiser in their own ways, while Fendi (Lagerfeld helmed the house for over 54 years) honoured him in a beautiful final collection closed by Gigi Hadid.

This week, we take a look at some of the best shows that happened during MFW.

Safety pins make a return on the Versace catwalk

One of the most iconic dresses of all time was a black Versace number worn by Elizabeth Hurley that was held together by a number of safety pins. For their Fall/Winter 2019 collection, Donatella Versace revives the classic hardware not only for the outfits but also as part of the runway as an arch.

On the clothes, the safety pins were not only physical ornaments. They were also used as graphical motifs splashed in all forms on dresses.

To close out this throwback to the 90s, Versace brought out Stephanie Seymour, one of the original Versace girls, on her return to the runway after 20 years.

Masks that represent protection for the kindness and beauty inside, together with #GucciEyewear in the #GucciFW19 fashion show by @alessandro_michele. #mfw #AlessandroMichele Discover more through link in bio.
Gold metal accessories inspired by the 24-karat gold work ‘Fashion Fiction #1’ by artist Eduardo Costa, 1966 (published in Vogue US, February 1968)

It ain’t Gucci without drama. Alessandro Michele invited guests to the Gucci FW19 show with a mask of Hermaphroditus, which hinted at the overarching theme of the collection. “The mask as a cut between visible and invisible,” stated the show notes. It seems that for the next season, Gucci will be playing on the ambiguity that facial headgear provides.

Despite all the masked play, Michele still channelled his signature mix-and-match style of bold and vivid colours with a dizzying array of prints. It is still classic Gucci through and through season after season, seeing as Michele’s ethos is “evolution, not revolution.”

For the third edition of Moncler Genius, two of fashion’s hottest new names have been added to the lineup: Matthew Williams of Alyx and Richard Quinn. They made their debut with the brand famed for their down jackets last week at Milan Fashion Week with a presentation that spared no expense.

The Moncler Genius building with all the collections – including one for your pooch by Poldo Dog Culture – is now open to the public at Via Ferrante Aporti in Milan, Italy.

Prada’s FW19 collection could have been Wednesday Addams wardrobe

Amongst a field of lights installed in the Prada Fondazione walked a Wednesday Addams lookalike to open the Prada FW19 show. Titled ‘Anatomy of Romance’, this collection by Miuccia Prada explored the marriage of classicly feminine elements like florals and lace with traditionally masculine details like militaristic silhouettes and tailoring.

It was hard to separate the influence Addams had on the collection, though. The clothes were gothic with a mix of both dreary and vibrant. A Frankenstein’s monster print from the men’s collection last month also appeared on a dress-shirt joined by his bride.

Versace Gucci Prada Moncler Moncler Genius
Josiah Neo
Writer
Josiah Neo is a tech writer who contributes occasionally to the fashion, travel, and culture beats. When he’s not busy keeping up with the keynotes, he’s probably stuffing his face with the best Melbournian donuts (at Shortstop, BTW) or watching his favourite esports team, the Los Angeles Valiant, pummel their opponents into oblivion.
Technology Travel Fashion Culture