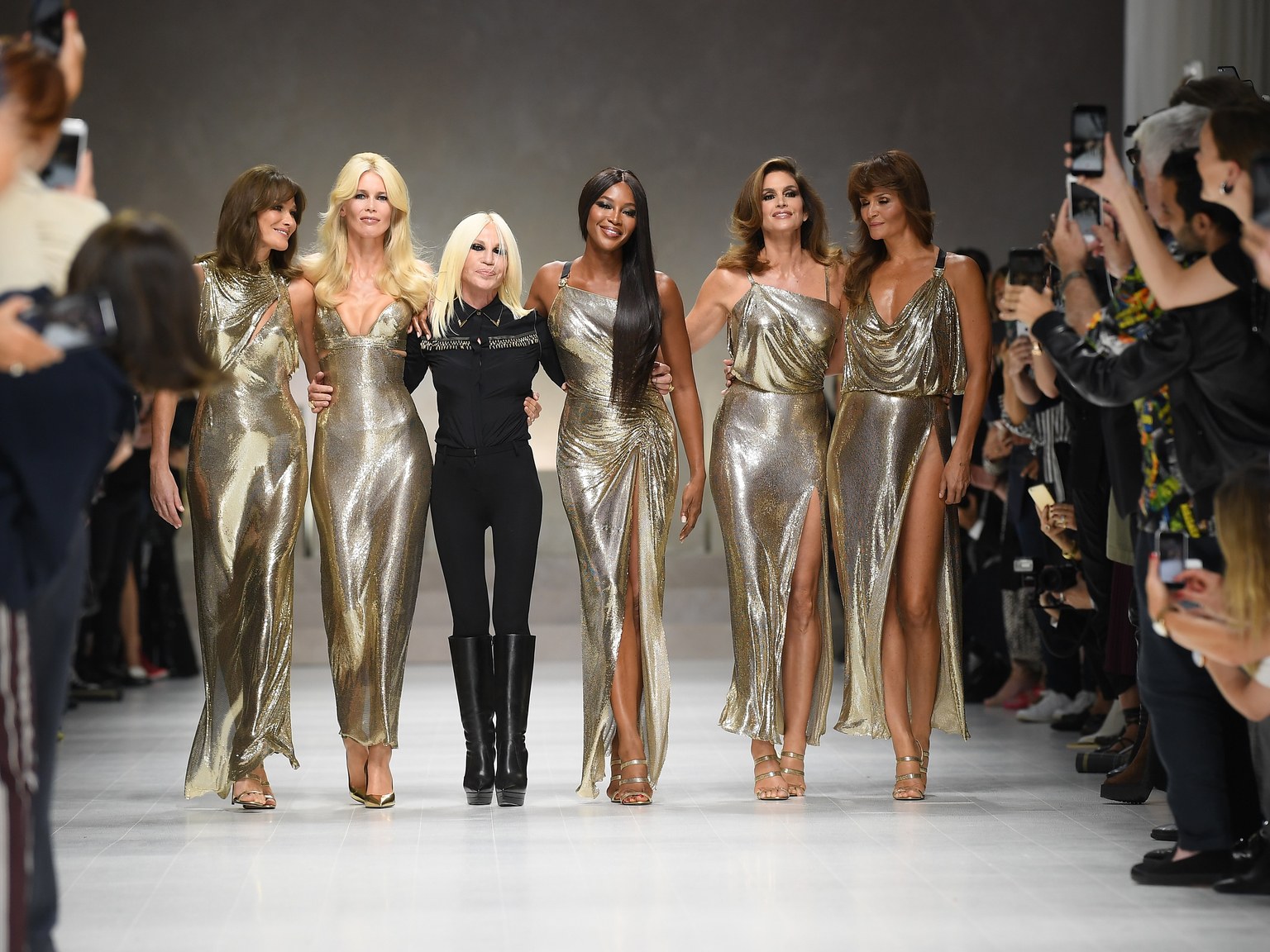 The third leg of fashion month recently drew to a close. Albeit a day shorter than usual, Milan Fashion Week delivered a prolific line-up of action-packed shows. Bold statements were made, iconic moments took place — and all were fervently immortalised in Instagram’s digital realm.

First up was Gucci. Alessandro Michele jumpstarted the festivities by sticking to his guns. His maximalist magpie signature is no longer MFW’s surprise element, but the creative director knew better to give everyone the Gucci they now dotingly look forward to. This Spring 2018, Michele drew upon a mélange of psychedelic relics to create his hallucinogenic world — including Elton John, lots of glitter, and Bugs Bunny.

Another highlight etched in everyone’s mind — and possibly, history — was Versace’s special showcase. Donatella Versace paid an emotional homage to her brother by reviving his storied ’90s pieces (the Icons collection where Gianni lifted Andy Warhol’s silkscreen of Marilyn Monroe was amongst them). But it was the sensational finale that had everyone on the edge of their seats, and then on their feet — Gianni’s go-to supermodels Naomi Campbell, Cindy Crawford, Claudia Schiffer, Carla Bruni, and Helena Christensen, dressed in silver leg-baring slit dresses, paraded down the runway hand in hand to George Michael’s Freedom. There’s only one word to describe it: Major.

From Jil Sander’s sleek new beginning to Emily Ratajkowski’s take on “when in Italy, do as the Italians do”, here are the best Instagram posts from Milan Fashion Week you might have missed. Then, next-gen Versace supermodel siblings, Bella and Gigi, came to celebrate with Donatella at her post-show bash — not without a mirror selfie sneaked in-between, of course.

“This is the celebration of a genius ❤️❤️❤️” “Awed and amazed by the #GucciSS18 collection, parts of which were inspired by my own fashions from over the years. @lallo25 and @gucci, thank you for involving me in your beautiful vision. #fashion #gucci #AlessandroMichele#guccieltonjohn” As per normal, Gucci show guests are more often than not dressed head to toe in pieces from its previous season. In attendance for Spring 2018 show was French singer Soko in head-to-toe Cruise 2018 selections. Her inspiration? Wes Anderson’s Richie Tenenbaum. 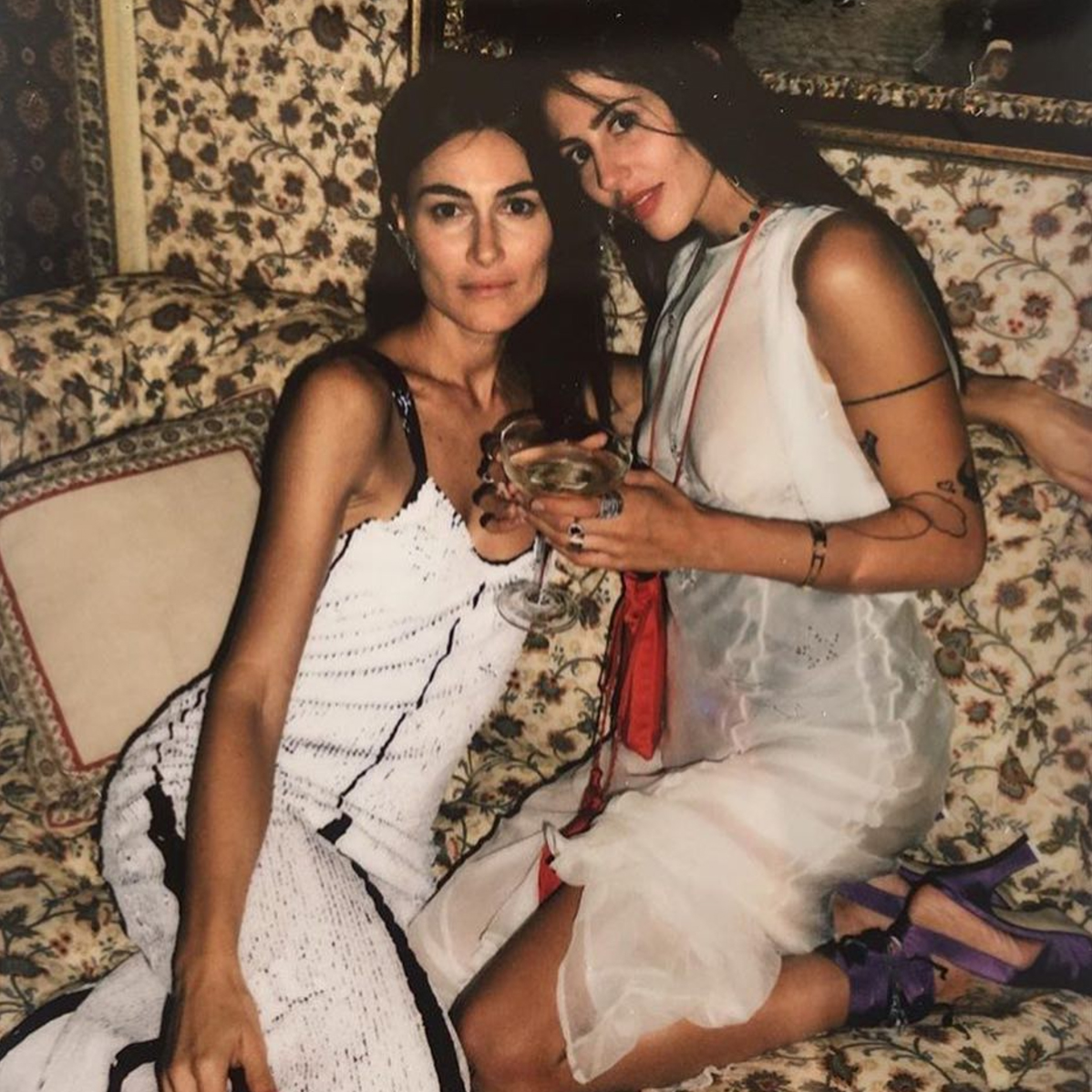 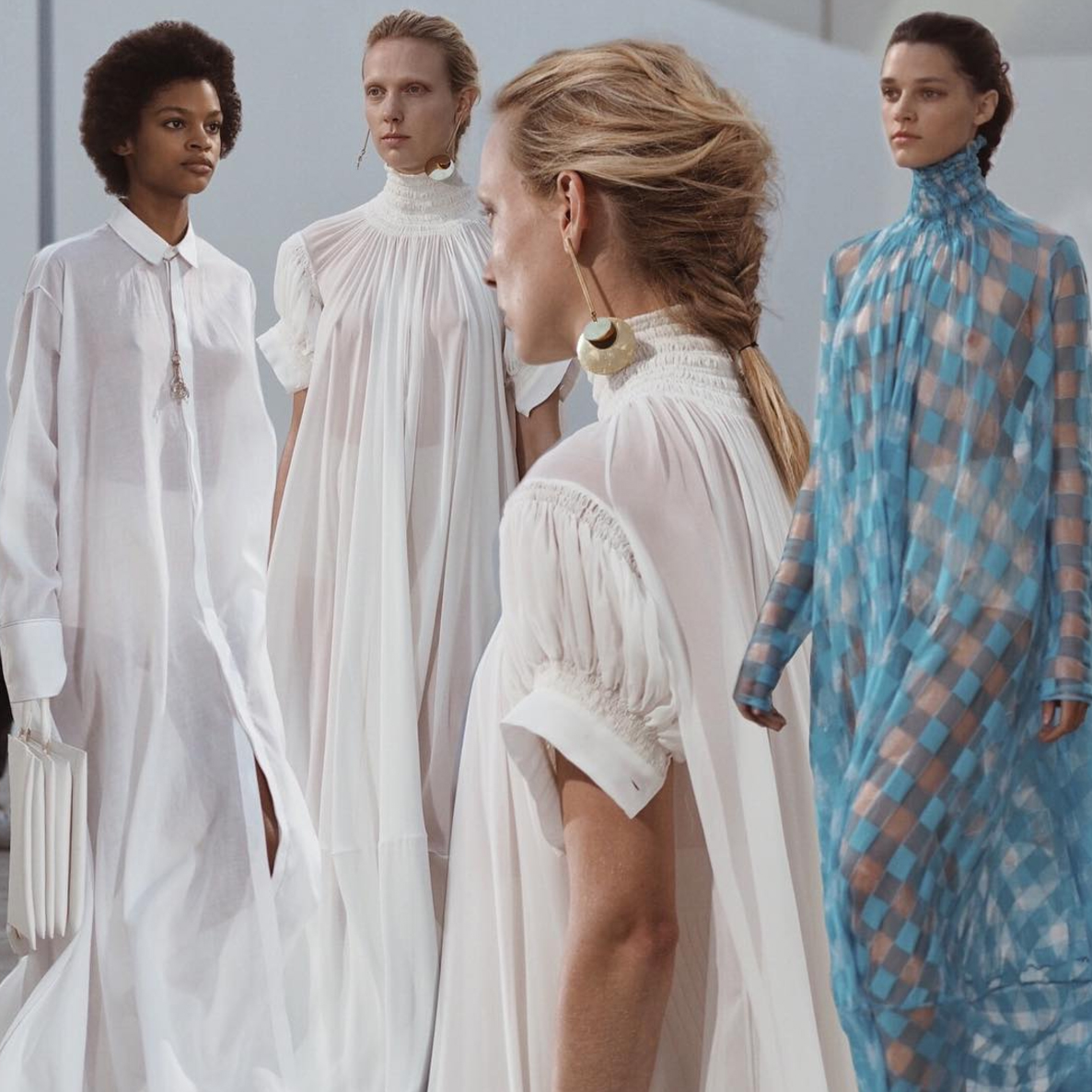 “It was a melody of beautiful materials and incredible tailoring at @jilsander, I felt like I was watching a movie. Got goosebumps all over and I simply can’t stop thinking about the collection ????” 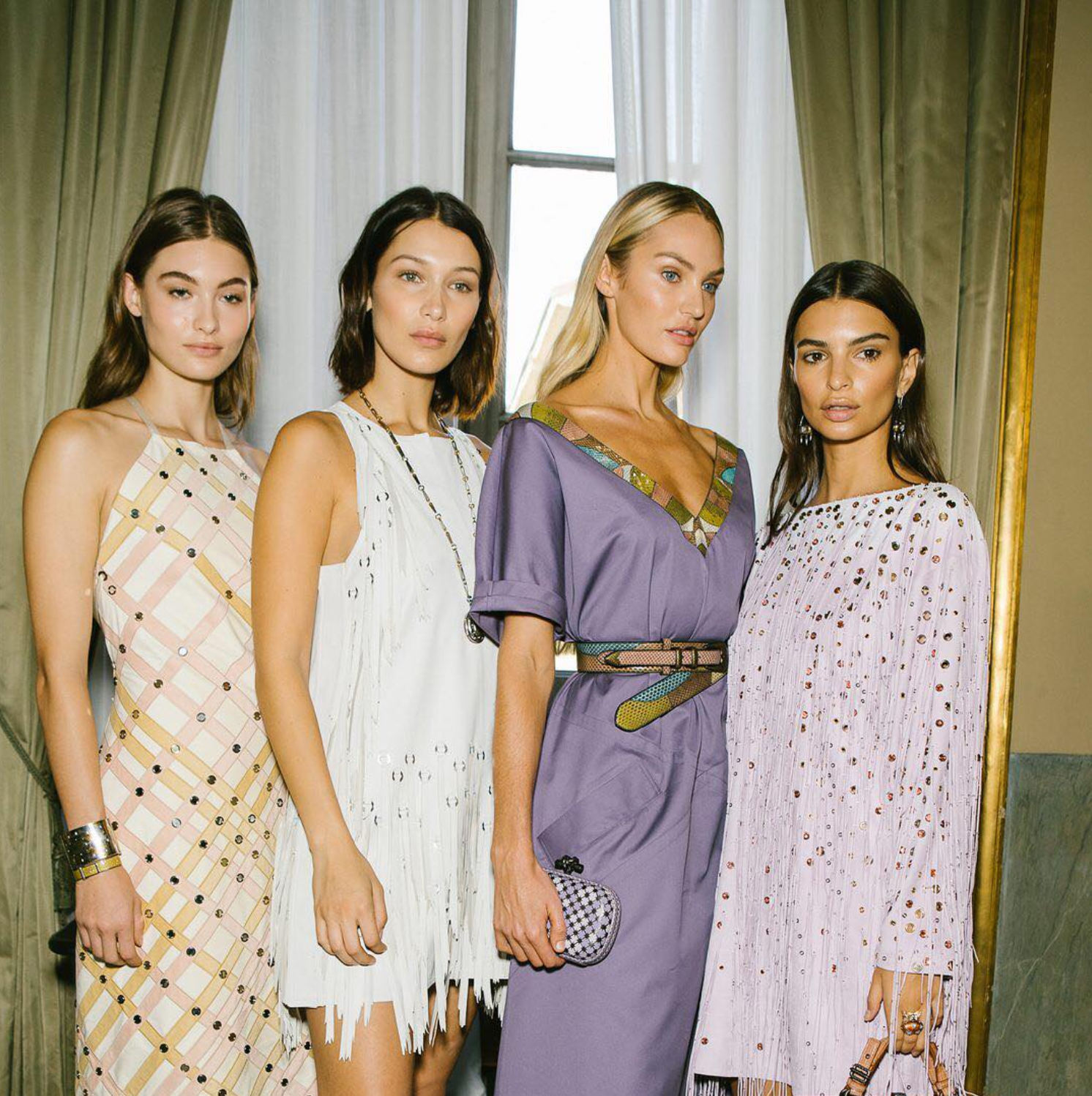 Tomas Maier’s optimistic swerves for Bottega Veneta were his beacons of hope in a world that’s crumbling with nuclear threats and natural disasters. When in Italy, a pizza-wine pairing is necessary. Even Emily Ratajkowski knows that. 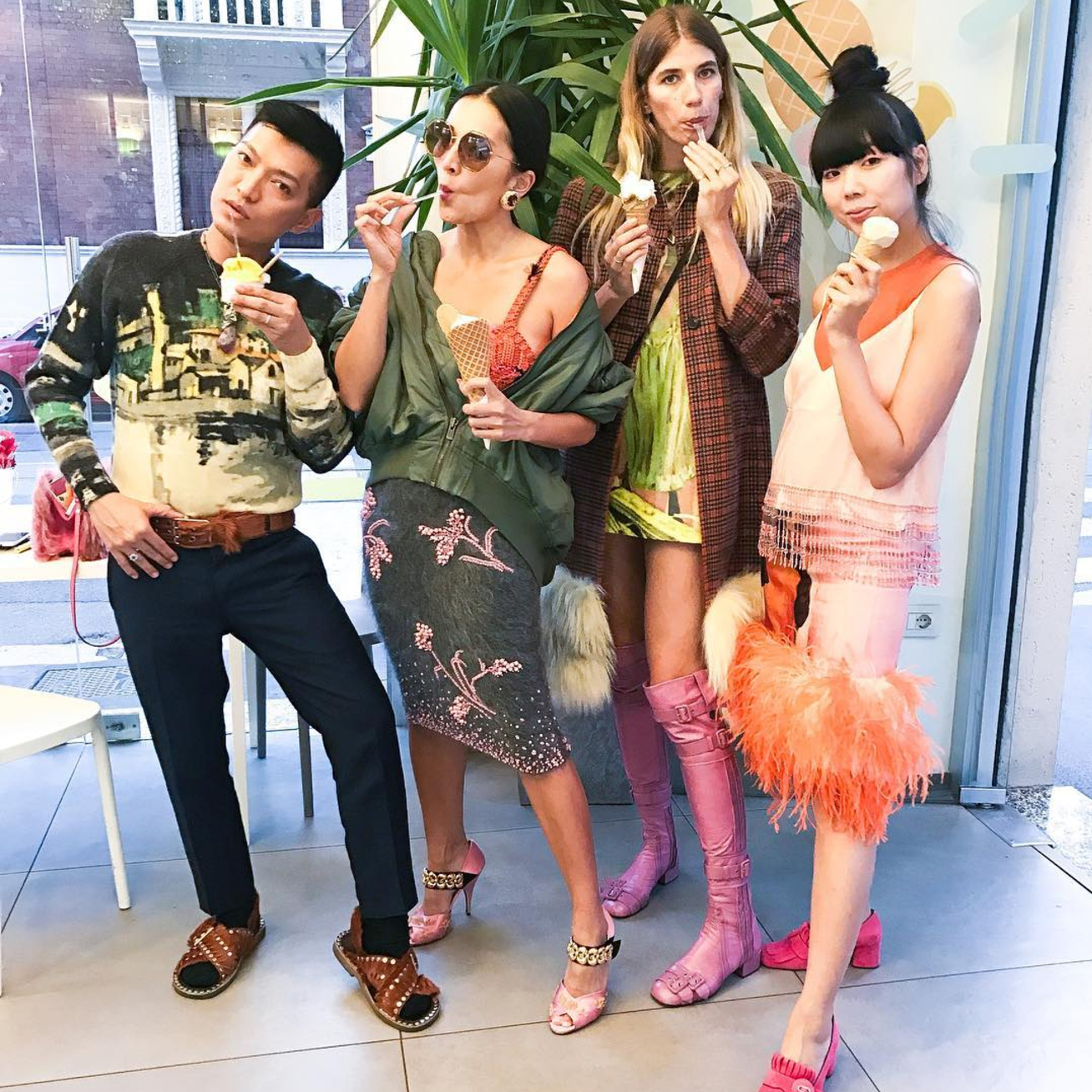 And also, gelatos. Duh. See what our favourite blogger Susie Lau posted up on her Insta post-Prada. 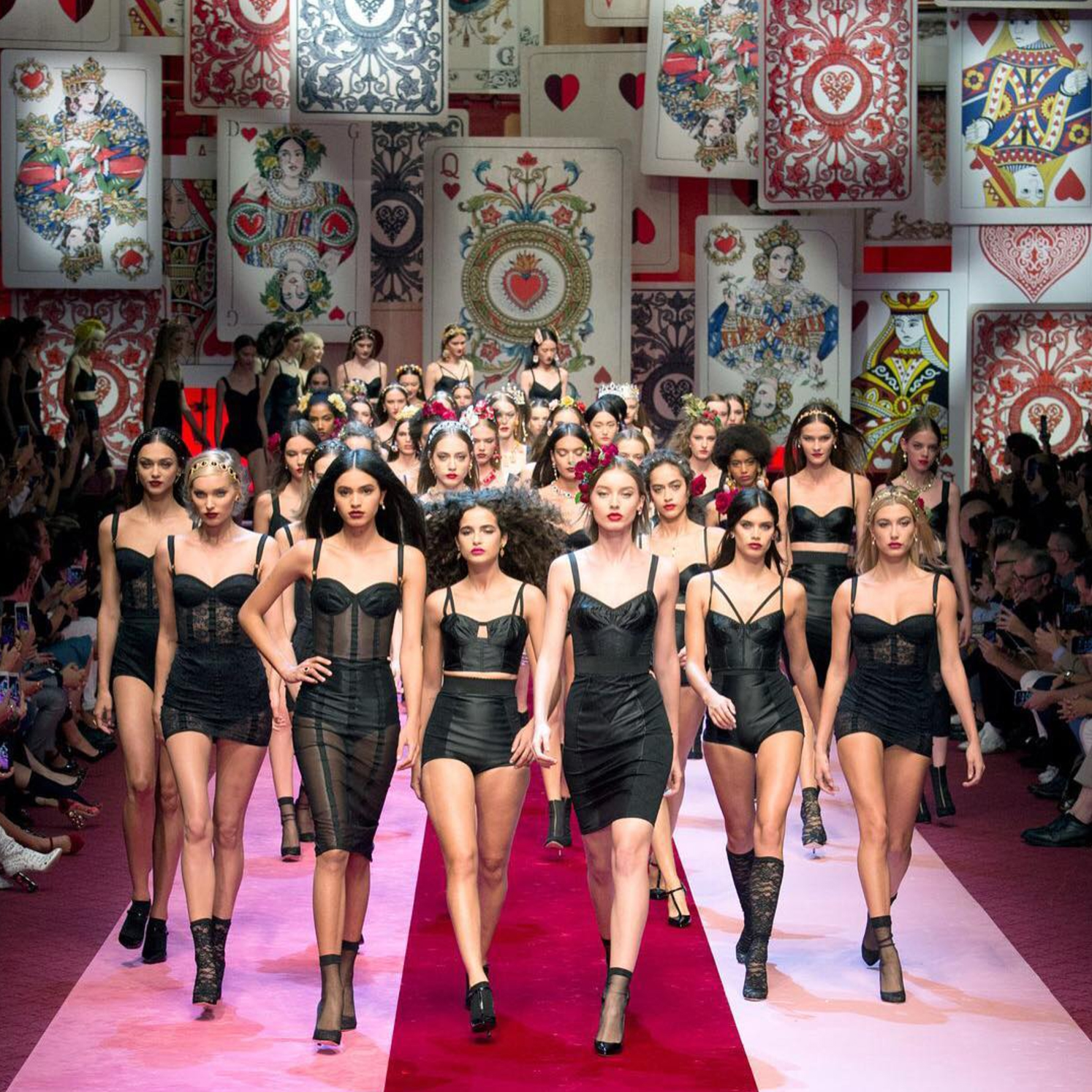 Dolce and Gabbana’s perennial love letter to Sicily ended Milan Fashion Week on a high note. Now, off to Paris.

“#MFW is coming to a close today with @dolcegabbana’s Spring 2018 show. The theme for this season’s catwalk was the Queen of Hearts, and they upped the ante on feathers, sparkle, and fringe. ”