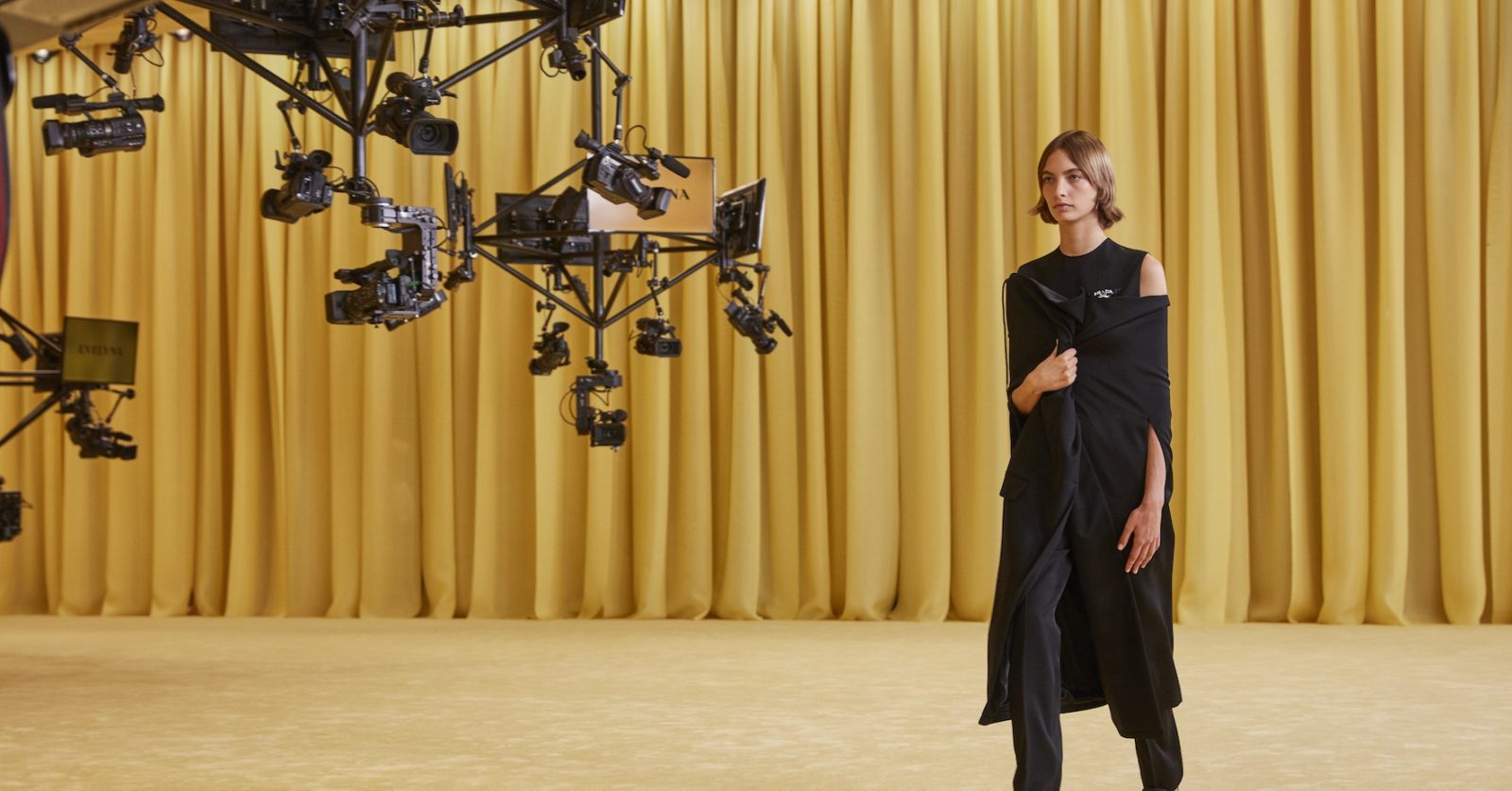 The fashion month may have officially started in New York, but Milan is where it found life again.

That’s because it included the most anticipated show on the Spring/Summer 2021 calendar: Prada. Raf Simons‘ debut at the Italian brand was much discussed, and his collection with Miuccia much dissected. Still, whether we liked it or not, it spelled a change in the air.

Change is also what’s coming for Fendi, where Kim Jones will soon hold the reins to the Italian brand’s womenswear world. What Silvia Venturini Fendi presented for MFW was a prelude to that. With her collection being heavily inspired by her time in lockdown, as well as marking her last efforts as Fendi’s creative director, it spoke volumes of the transitory nature of life.

But that’s not anything to mourn, not if you asked Pierpaolo Piccioli. As Zeus once accomplished by overthrowing Cronus, the Valentino creative director has been itching to break free from traditions that often hold the world back. “My job is to deliver a new picture of the landscape you already know,” he said. “These months made me more radical about my choices, what I believe in and what I have to express.”

He closed MFW with his vision of the new generation: diverse, colourful and, most importantly, hopeful. Below, we list all the other standout moments from the week.

For the biggest show of Milan Fashion Week, neither Raf Simons nor Miuccia Prada aimed for a spectacle. Instead, their first joint collection, “Dialogue”, was a relatively subdued affair, presented in a muted, lemon-hued show space. It was full of Raf-isms (the Peter de Potter prints, the tunics tanks and skinny pants) and Prada-isms (the vintage Prada patterns, the full skirts) alike.

There were also a lot of utilitarian touches, with models wearing coats, skirts and off-shoulder wraps with pouches attached to them. The point, shared the designers in their post-show dialogue, was to create a uniform for the modern woman (or girl, as the casting of fresh-faced, first-time models suggested). Of course, the modern woman has way too many options to fully commit to a single look, but she’ll likely add the new Prada to her wardrobe — starting, perhaps, with those hoodies.

Next February, Kim Jones will be joining Fendi as the artistic director of womenswear — a role that Silvia Venturini Fendi has filled since Karl Lagerfeld’s death. At MFW, she marked her last solo collection (for women’s; she’ll still take care of menswear and accessories at the Italian brand) with a tribute to family. The invitations included Fendi-branded pasta, and a recipe of her grandmother’s lemon pesto.

The collection itself was a meditation on luxe loungewear, featuring pyjama-inspired silhouettes and flowy dresses made with feather-light fabrics like lace and embroidered linen. The homely mood was emphasised with the shadowy prints, derived from photographs that Fendi took from her bedroom window. But there were also pieces meant for the world outside, such as the sharply tailored coats and the pillowy puffer jackets.

This season, Jeremy Scott played dress up: not just through the couture-inspired gowns that he showed, but also with the marionettes that wore them. Puppets designed by Muppets creator Jim Henson filled both the runway and the front row (there was even one one with Anna Wintour’s signature bob and sunglasses), and you could see their strings just as well as the purposely exposed construction of their miniature outfits.

Small-scale fashion shows aren’t anything new. The Théâtre de la Mode, Scott’s inspiration, was the wartime’s answer to a haute couture presentation. Dior showed its own take in July, as did Walter Van Beirendonck shortly after. But Scott’s show does bear a striking resemblance to the claymation one put on by KidSuper two months ago; that, coupled with the fact that Scott has been accused of plagiarising a fashion student’s work before, certainly taints the charm of his latest show.

With how turbulent the world is right now, it’s not surprising that Donatella Versace dreamed up a new one for her collection. Enter Versacepolis, a high fashion take on the underwater city of Atlantis, where the dress code includes minidresses in coral reef-inspired prints, neon jackets paired with bikini tops, skirts with seashell hems and countless starfish embellishments.

Some of the looks were even modelled by Versace’s first plus-size models, emphasising the changing landscape of the fashion world above ground. It certainly looks much different from the supermodel era of the ’90s, when Gianni Versace first showed his oceanic “Trésor de la mer” collection — the point of reference for his sister’s latest show.

Valentino followed up its larger-than-life celebration of haute couture sooner than it had to; that’s because Pierpaolo Piccioli decided to show in Milan, instead of Paris, as a gesture of support for his home nation, devastated as it has been by the pandemic.

The show itself was a real one, with an audience in attendance (and socially-distanced). While Piccioli’s last collection invited us to dream, this one brought us down to earth with everyday pieces: blouses, blazers and even boot cut jeans, made in collaboration with Levi’s. Still, as you would expect from the couture house, there were still touches of romance, seen in the elaborate embroidery and handcrafted fabrics like lace, macramé, crochet knits.