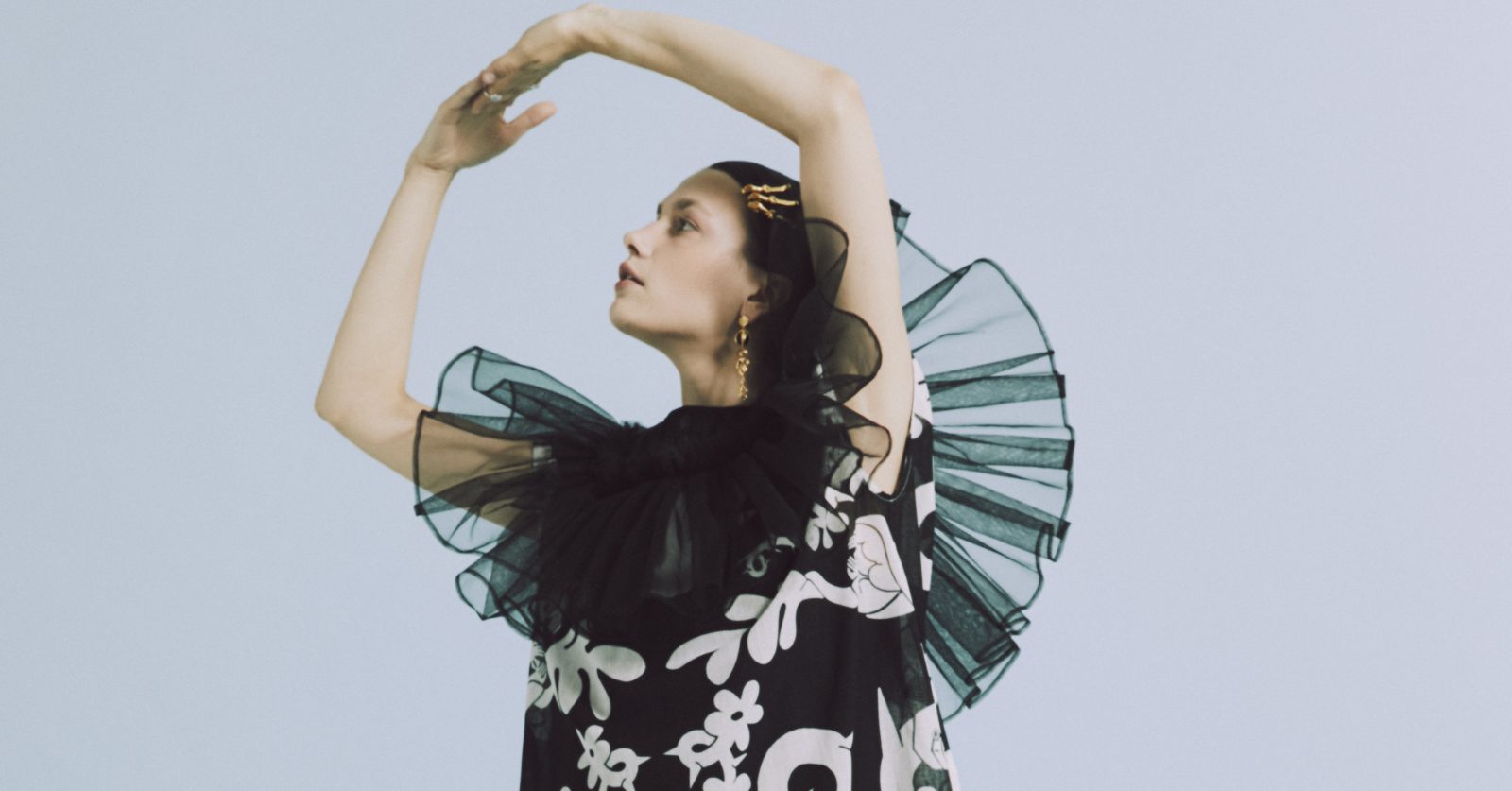 If you’ve binge watched Next in Fashion like the rest of us, you’ve probably been won over by the bubbly charm of Minju Kim.

The South Korean designer, who emerged as the winner of the Netflix fashion competition, is the antithesis of the stereotypical fashion designer. On the show, she is warm, humble and refreshingly optimistic — basically the last person you’d expect to find on a reality TV series. Her secret to maintaining an ebullient spirit in our trying times?

“I think I’m just born with it,” shared Minju in an email interview with us. “I have been a funny and weird girl ever since I was a child.”

Another trait from her girlhood that has thankfully stuck with the 33-year-old designer is her love for fashion. “I used to love reading manga and drawing my own characters. I naturally drew their clothing as well and that’s how I became interested in fashion.”

Minju pursued that interest at the Samsung Art and Design Institute (SADI) in Seoul, which lies north of her hometown, Gwangju. She would venture further out for her fashion education, honing her skills at the Royal Academy of Fine Antwerp. (The Belgian institution famously nurtured talents like Martin Margiela, Dries Van Noten and Balenciaga’s Demna Gvasalia.)

While studying in Antwerp, Minju won the H&M Design Award in 2013. A year later, she was nominated for the prestigious LVMH Prize for Young Fashion Designers. Her Next in Fashion win, though, is her biggest accomplishment yet. Minju beat out 18 contestants from around the world, scoring herself the top prize of US $250,000 (SGD $346,475) and a stockist deal with Net-A-Porter.

For Minju, though, the reward lies not in the money or the newfound fame. “I learned to trust myself  in any situation,” she said. “I had so many questions in my mind when creating my collections. I feel like I have proven to myself that what I have been doing is something right.”

Next in Fashion’s viewers and judges alike would agree. Through each themed challenge on the show, Minju’s unabashed femininity and love of volume would shine through — and they are a delight to behold. Her airy creations inspire the adolescent excitement of dressing up that brands like Molly Goddard and Simone Rocha offer. They also exude the same joy you could find in Pierpaolo Piccioli’s Valentino haute couture.

But Minju’s aesthetic is all her own, heavily coloured by her Korean heritage. For the pattern-making challenge, for example, she created a print of a forsythia, a flower that blooms in spring in Gwangju. The wide hems and saccharine hues of her dresses can also be traced to the hanbok, the traditional dress of Korea.

Minju’s unique perspective was none more evident than in her winning collection, for which she made 10 looks in only three days. It was inspired by Frida Kahlo, whom Minju had always admired for “her strong energy and how she overcame all of her difficulties, expressing that process through her works.”

Yet the designer incorporated none of the clichés associated with the Mexican artist into her looks. Instead, she came entirely into her own with peplum tops, puffed sleeves and babydoll dresses in silk and jacquard. The breathtaking bridal gown that closed the show pretty much sealed Minju’s Net-a-Porter deal and marked the moment she became a star.

Not that the designer has taken notice yet, though. “Nothing has dramatically changed in my personal life, except that I have many more Instagram followers,” she shared. “Sometimes, people that I meet on the street will approach and ask me, ‘Are you dragon princess?’, which makes me feel so thankful and happy.”

“Dragon princess” was the self-assigned moniker of Minju and her partner on the show, Chinese designer Angel Chen. The two were already friends before filming Next in Fashion, having met in London as finalists of the One to Watch awards. Their harmonious synergy certainly helped them pull off the feat of creating two looks in less than two days, challenge after challenge. “I never thought that the challenges were possible to complete,” said Minju Kim. 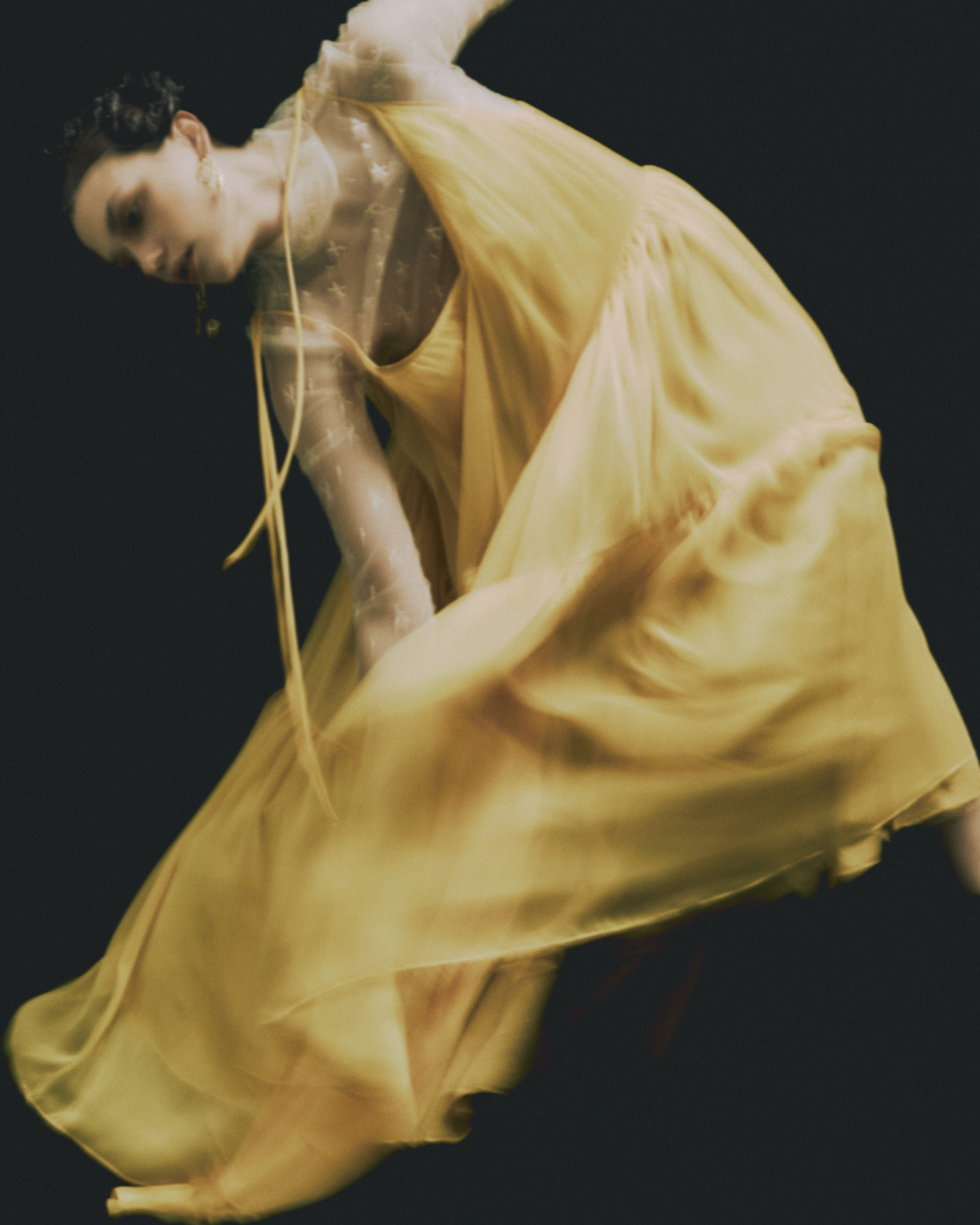 Perhaps another thing that helped was that the competition was, for the most part, a friendly one. Unlike its Tim Gunn-fronted predecessor, Project Runway, Next in Fashion was scarce of drama, sabotage or cattiness (unless you count show host Alexa Chung’s perfect feline eyeliner flick).

The camaraderie shared amongst the contestants continued off-screen, too. “After we finished for the day, all the contestants would head to the hotel bar, drink together and talk about the episode. That was a really nice moment,” shared Minju. “It was really important for us to have a drink after the shoot and cheer each other up. And Angelo always gave people advice on how to calm and relax the mind. He was like a therapist to everyone; it was really sweet. I miss that time already.”

Still, there’s plenty for Minju Kim to look forward to. When asked about what she loves about being a fashion designer, she answered, “I really love seeing real, ‘regular’ people wearing my collection. I hope to put smiles on people who wear my designs.” Given that some of her designs are already sold out online, it’s safe to say she has accomplished that mission.

MINJUKIM’s Spring/Summer 2020 collection is available in Asia exclusively at www.society-a.com and at the SocietyA boutique, #03-14A, Takashimaya Shopping Centre, Ngee Ann City Singapore

Interview Q&A Netflix Next in fashion Minju Kim
You might also like ...
Style
Next in Fashion: Get your hands on Minju Kim’s dreamy creations, dropping next week on Net-a-Porter
Style
Seoul’s indie fashion brands are now available on Net-a-Porter
Pameyla Cambe
Senior Writer
Pameyla Cambe is a fashion and jewellery writer who believes that style and substance shouldn't be mutually exclusive. She makes sense of the world through Gothic novels, horror films and music. Lots of music.
Fashion Style Jewellery