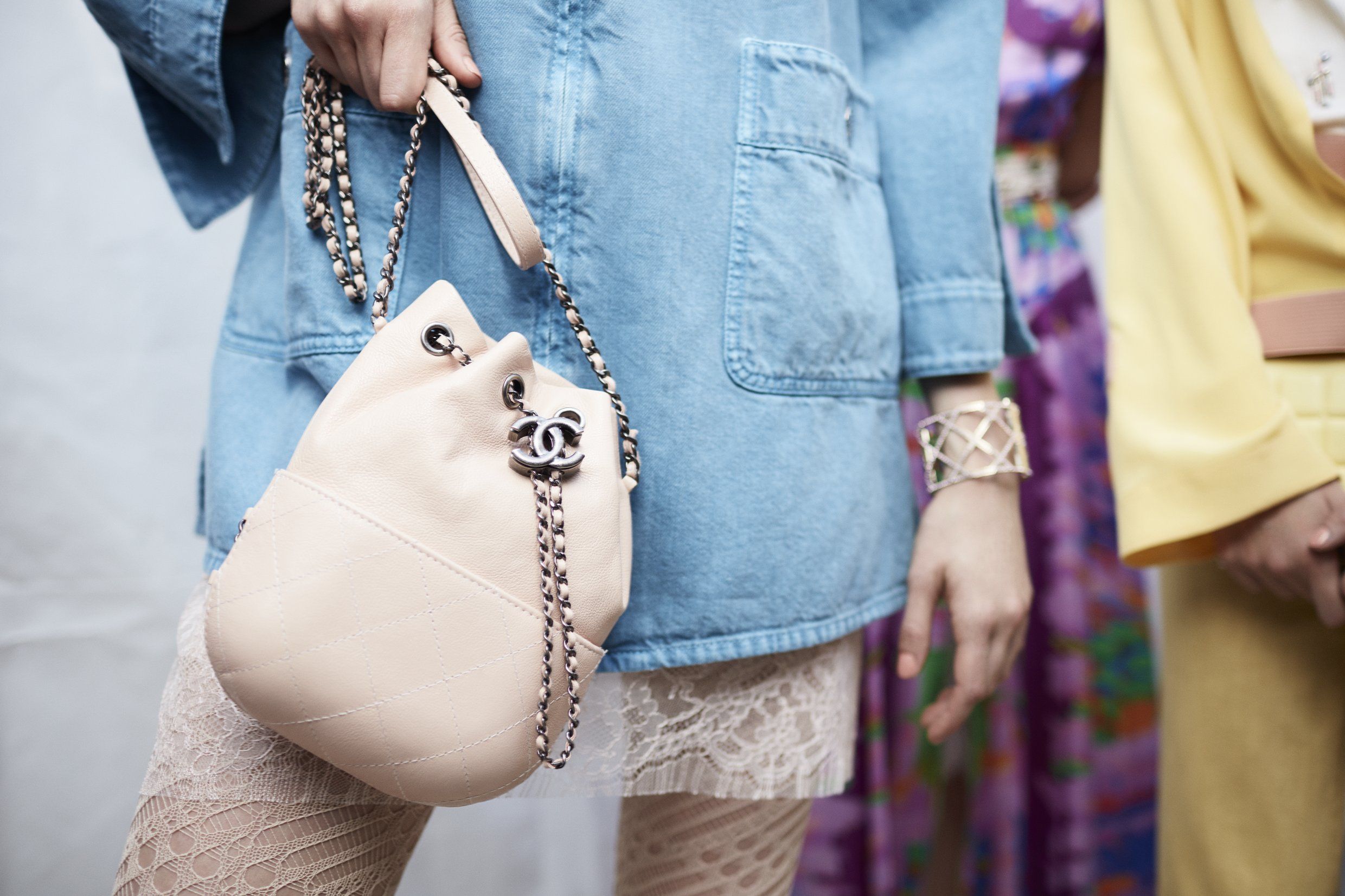 Having made its debut on Chanel’s Spring Summer 2017 runway show, the Gabrielle bag is like a mischievous wink to Gabrielle “Coco” Chanel herself. Fitted on a rigid base, its main body structure is light and supple, which gives it stability.

The bag also features an adjustable strap that comes with a double chain woven from leather and metal. With this practical yet luxe design, Karl Lagerfeld’s new creation embodies the same elegant aesthetic and practical spirit of Chanel bags.

Like its muses (which we will reveal in a bit), the Gabrielle is extremely versatile and adaptable. It can be worn over the shoulder, across the body, or both — at the same time.

In line with the launch of Chanel‘s new Gabrielle bag, the tribe (or rather, Karl Lagerfeld) has chosen its ambassadors. They are: Actress and face of Chanel Beauty Kristen Stewart, model-music producer Caroline de Maigret, model-actress Cara Delevingne, and finally… singer-songwriter Pharrell Williams.

The campaign, which will be photographed by Karl Lagerfeld, launches 3 April, 2017. Here’s a closer look at the four chosen ones.

We aren’t exactly surprised that Stewart is one of the ambassadors. Ever since Kaiser Karl cast her as the face of the fashion house’s Métiers d’Art Paris-Dallas collection in 2014, the 26-year-old actress has since been a regular in Chanel campaigns. Clearly, she has put her Twilight days far behind her.

Another noteworthy name is de Maigret, who is a close friend of Karl Lagerfeld. The lanky beauty has also been a fixture at Chanel shows for nearly twenty years — both on the runway and seated in the front row. Her first show for the house was for its Spring 1999 collection at the Opéra Bastille.

Actress, model and ever-so-loyal friend of the House, Delevingne is an obvious choice as one of the four muses for the new campaign. The 24-year-old Suicide Squad actress announced that she would retire from modelling in 2015, but soon returned to it with a Chanel eyewear campaign in 2016. Delevingne, with her fearless attitude and quirky character, has certainly made an impact on the fashion industry. And of course, her bold, statement-making brows surely have a part to play in all of it too.

Ah! Pharrell Williams. We can’t say we’re surprised at Karl Lagerfeld’s choice after seeing the singer-songwriter do his thing at the brand’s Pre-Fall 2017 runway show. The 43-year-old also appeared in the designer’s 2014 short film that celebrated the Paris-Salzburg collection — he composed the film’s music and was the face of that collection alongside Delevingne.

What a teaser! After all these information, all we can do now is wait patiently in anticipation for 3 April to arrive.