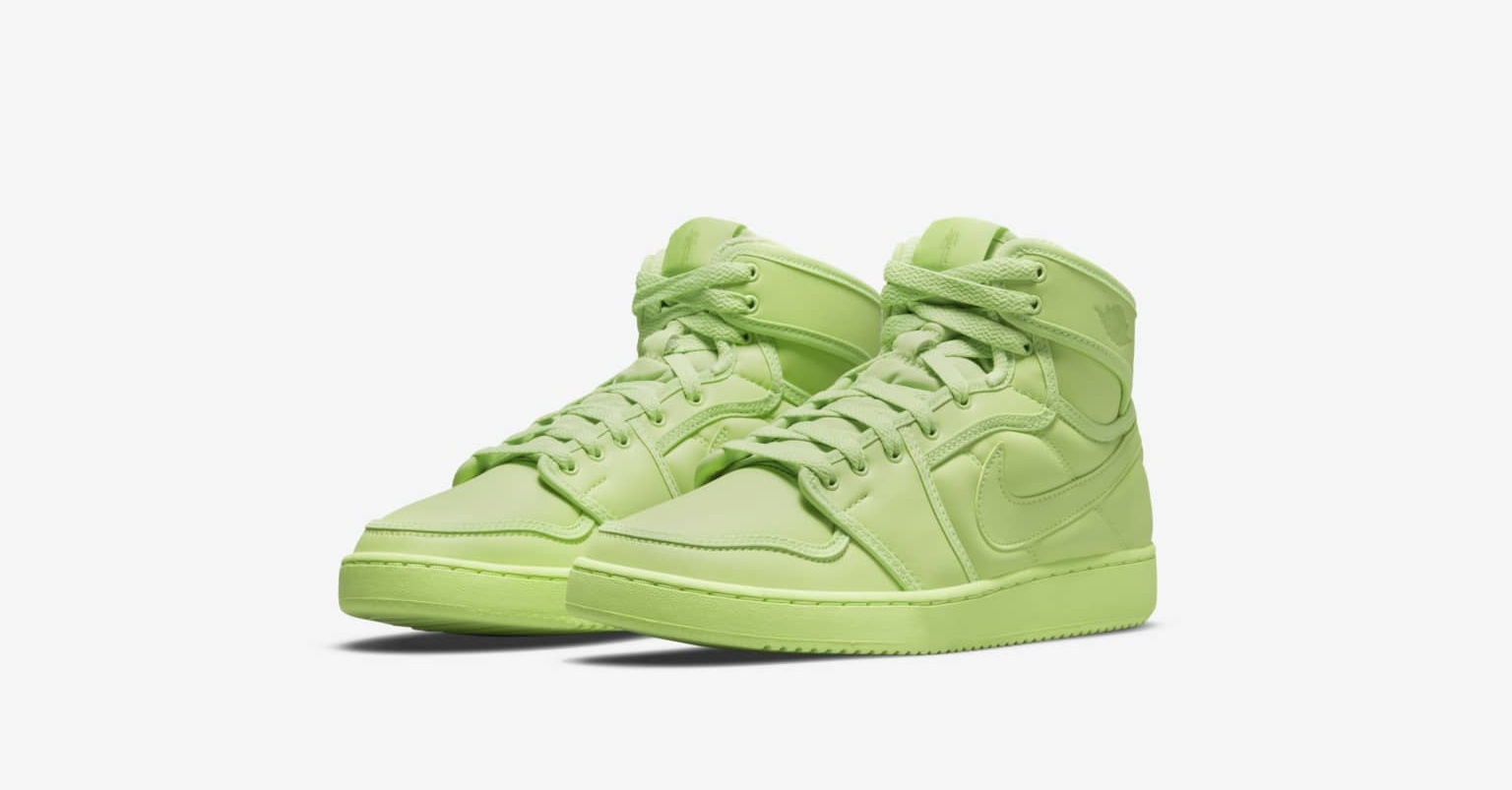 For this week’s round-up of new sneakers, expect to see green. Neon green, that is, which is the hue that defines the first collaboration between Billie Eilish and Air Jordan.

The Grammy-winning singer has offered her take on the oft-forgotten AJKO, on top of putting an ergonomic spin on her favourite kicks: the Air Jordan 15. Both sneakers, which boast style and sustainability credentials, are set to finally launch this Thursday through Nike.

You’ll also find other new shoes worth copping as September comes to a close, including collaborations with streetwear brands like Bape and Aimé Leon Dore. Read on for our list of must-have sneakers and where to get them in Singapore.

Ahead of the premiere of the latest James Bond flick, No Time To Die, Adidas pays tribute to the iconic British spy with a new take on its high-performance running shoes, the Ultraboost 20. Some of the special touches include the 007 insignia across the heel, and a graphic sockliner featuring a still from the film. What Agent 007 would especially approve of are the hidden pockets on the inside of the lace cage, where you can discreetly slot in your essentials before you hit the tracks.

Last year, American streetwear label Aimé Leon Dore revived New Balance’s forgotten P550 Basketball Oxford silhouette, sticking mostly to the original 1989 design. The brand gave it a vintage treatment, releasing styles in cream with accents of green, navy or grey (see above), and it didn’t take long before they were sold out. Luckily, those colourways are now being restocked on Aimé Leon Dore’s website via a raffle, before launching to the public on 1 October.

After putting its spin on the Instapump Fury sneakers, Japanese streetwear label A Bathing Ape has now left its mark on another Reebok classic: the Club C. Surprisingly, Bape has left the sneakers’ minimalist appeal intact, only introducing colours like blue, red and purple through stitching on the otherwise all-white sneakers. You’ll also spot Bape’s star logo on the side of each shoe, as well as Bape Sta branding across the tongue and heel. Harry Styles just might ditch his go-to Club Cs for these.

Remember when we told you that metallic sneakers were becoming a thing? Berlin-based lifestyle brand 032C just proved it with its latest collaboration with Adidas, which sees the return of the GSG TR sneakers (see above) and the GSG Mule. The two models, which first launched two years ago and were inspired by an Adidas boot made for the German tactical police force, are still utilitarian as ever. This time, however, they sport flashes of silver through the use of reflective neoprene.

We’ve been hyping these neon green kicks from Billie Eilish’s first Air Jordan collaboration for a while now, so we’re skipping the introduction. Now that Nike has offered official information on them, however, we should add that the Happier Than Ever singer has ensured the AJK0 1s don’t just look green, but are made that way too. The sneakers are crafted from sustainable materials, with at least 20 per cent recycled material by weight.

Here’s the other sneaker from the Billie Eilish x Air Jordan collaboration that we didn’t tell you about. The Air Jordan 15 is one of Eilish’s favourite sneakers; fans will recognise the silhouette from all the times the singer has worn them during her sold-out concerts. This limited-edition style, however, is deliberately designed to resemble moccasins that you can easily slip on — so you’ll be less likely to sprain your ankles as Eilish often has on tour. Like her AJKO 1s, these sneakers are made from sustainable materials, too.