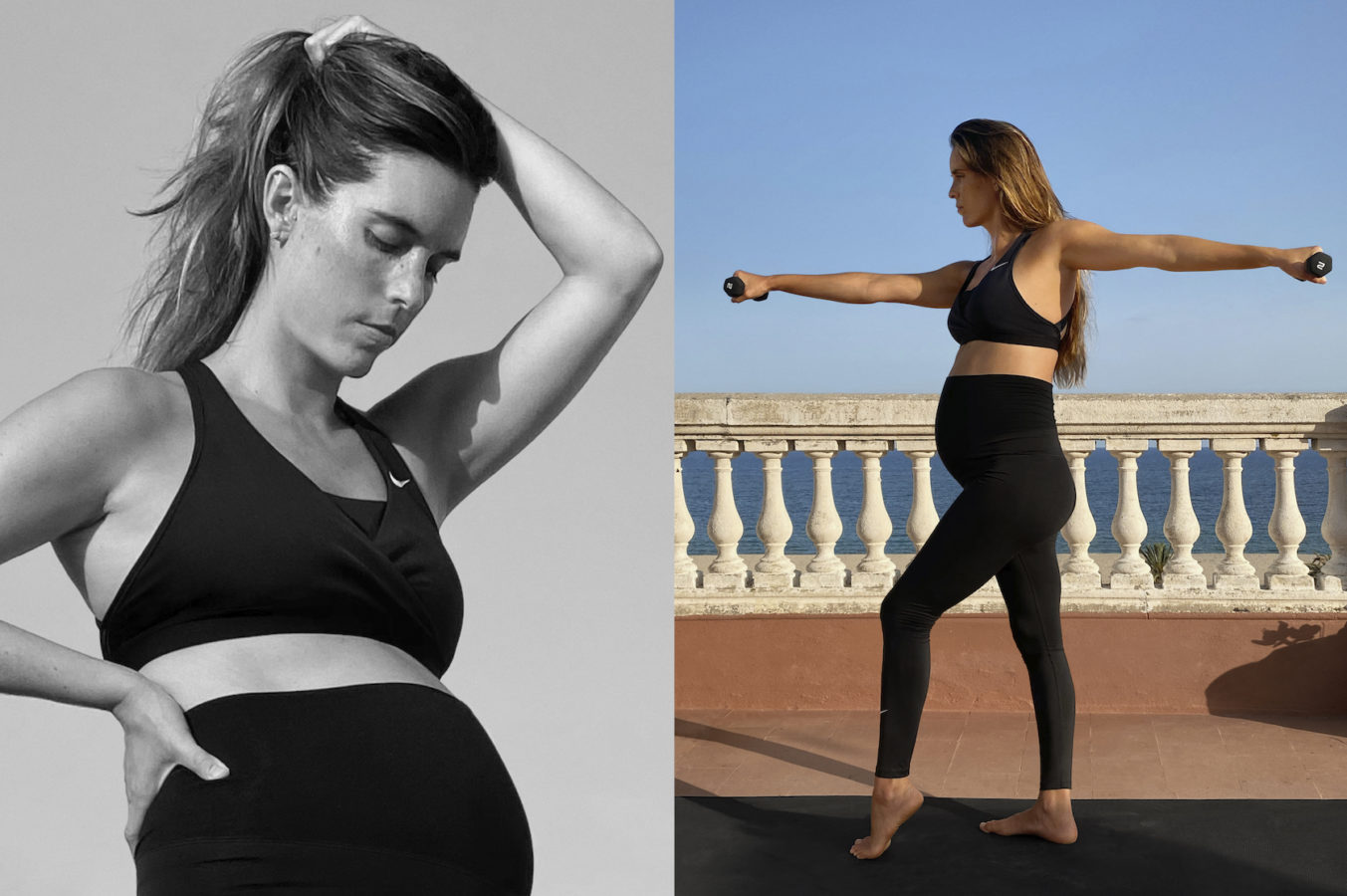 Activewear for pregnant women? Nike says just do it

Style
Activewear for pregnant women? Nike says just do it
Share this article
Next article

It may come as a surprise that expectant mothers still choose to exercise. Even more surprising is that Nike, one of the world’s biggest sportswear brands, is launching a maternity collection for these very women.

Dubbed “Nike M”, the new activewear collection is made to support “women during all stages of pregnancy and beyond.” That’s a lot trickier than it sounds: consider how much women’s bodies change across the nine-month period, and even more so postpartum. Fit, flexibility and comfort are of utmost important to pregnant women — something that most sportswear brands have long overlooked.

Nike did its research within the last three years. The company worked closely with 30 athletes who were either pregnant or postpartum in order to determine the best fit, feel and function for their maternity designs. They also studied the changes of an expectant woman’s body through data from 150,000 scans from around the world.

The rigorous research also applied to the materials: Nike tested over 70 fabrics before carefully settling on nine. These are mostly stretchable and sustainable options, like recycled bronze and recycled polyester. The fabrics also boast sweat- and moisture-wicking properties, and are softened with extra padding.

The resulting Nike M collection, which includes a tank top, a sports bra, a pullover and a pair of tights, reflects the thoughtful design process. The tops, for example, are designed to make breastfeeding and pumping conveniently accessible. The tights, meanwhile, come with a wide, expandable waistband that can be folded postpartum, and slipped on and off with ease.

“You look very smart, very comfortable, very hip,” said Perri Edwards, one of the many athletes who feature in the Nike M campaign.

It sounds straightforward enough, yet there are very few sportswear brands that actually get maternity wear right. Most expectant mothers have long depended on online forums or recommendations from friends when looking for workout gear. Exercise, after all, is recommended by doctors, promising a range of benefits such as improved sleep, strength and endurance for pregnant women.

Aside from niche maternity clothing brands, there aren’t many accessible activewear options that cater to these women. Neither Lululemon nor Adidas, for example, have dedicated maternity lines, although the former’s “Align” leggings have become a staple for expectant mothers through rave reviews within their online communities.

Ergonomics plays a huge role in maternity wear; few brands have the resources that Nike, a billion-dollar company, has at its disposal to design apparel that meet the many specific needs of expectant mothers. But the untapped maternity wear market also speaks to a larger problem: the still lingering lack of inclusivity in sportswear.

Nike only introduced its first plus-size collection in 2017, with Adidas following suit two years later. (Lululemon, meanwhile, has long made it a point not to market its products to bigger women.) Last year, Nike showed its support for diverse body types by featuring para-sport mannequins in its stores. For comparison, the first Paralympic Games took place in 1960.

Now, with the launch of Nike M, the sportswear giant seems to be continuing its inclusive approach, which is both attractive to modern shoppers and will hopefully trickle down into the rest of the industry. But the brand still has a lot of work to do in genuinely supporting women.

Nike M might be in response to that controversy — or it’s just another way for Nike to fill a big gap in the world of activewear. Either way, it took them long enough.