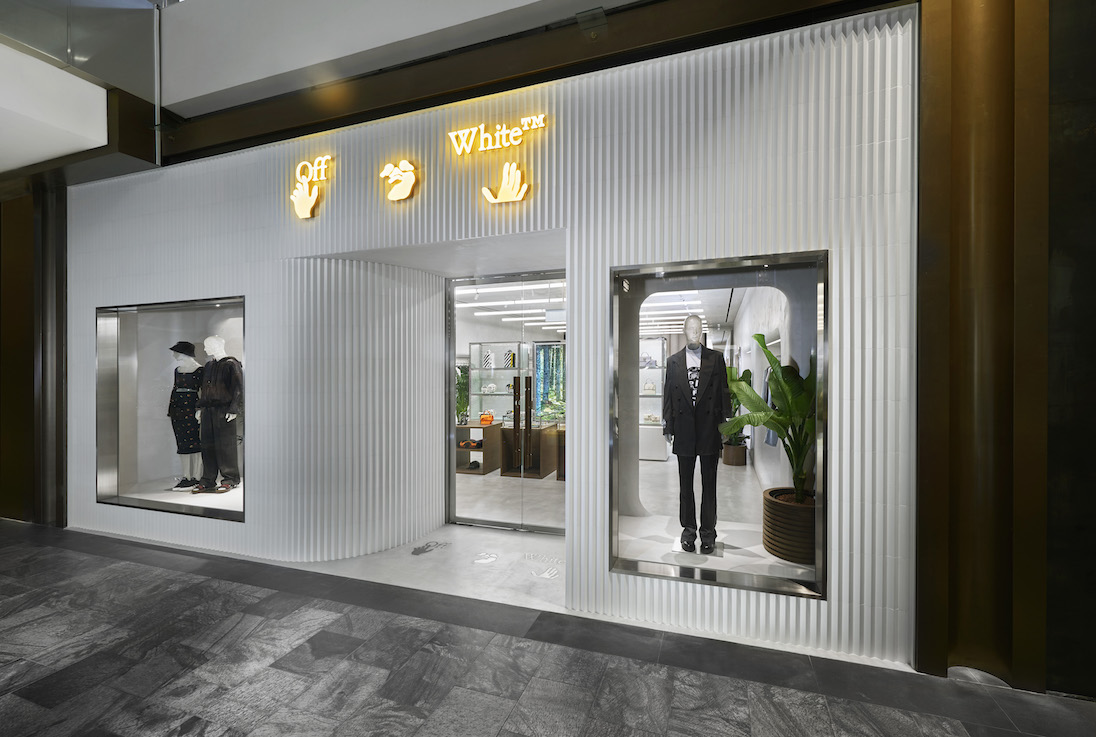 Streetwear enthusiasts are no longer limited to spending their Saturdays along Orchard Road.

They can instead make their way to The Shoppes at Marina Bay Sands, where Off-White has opened a sleek new boutique. It’s the third one in Singapore, expanding the brand’s much-embraced presence here beyond its Paragon store and flagship at 268 Orchard Road.

You may also like…
Style
Off-White unveils its most luxe handbag yet — and it’s inspired by the Louvre
Style
Store explore: the first Casa Loewe flagship in Singapore is not your typical fashion boutique

Location aside, there are a few key differences from the new Off-White boutique, where hypebeasts can seek out the latest offerings from American tastemaker and fashion designer, Virgil Abloh.

For one, it’s the first store here to be fronted by Off-White’s new logo (a pair of hands and a sinking face, unveiled last year). That, coupled with the store’s striking façade of grey, 3D tiles, will likely encourage a couple of selfies for the ‘gram when Abloh fans make their pilgrimage there. (Hint: it’s right next to the Givenchy boutique, which will draw its own set of cool kids once creative director Matthew Williams’ first collection arrives.)

Like other Off-White outposts here, the Marina Bay Sands boutique features a minimal look, furnished with clean, white walls, industrial steel racks backed by texturised glass, and cement flooring. Of course, because it’s in Singapore, there was a tropical flavour injected into the interiors, which called for dark wood displays, potted plants and a vast green carpet.

The store boasts a pretty Zen atmosphere, at least when it’s not launching limited-edition pieces from Off-White as it eventually will. On those off-days, visitors will find both the label’s menswear and womenswear collections populating the 2,034 square-feet space. That includes the latest iterations of Off-White’s bestselling Jitney handbag, arrow T-shirts for him and her, as well as its eclectic sneakers.

Speaking of, the store is also home to the brand new “Out of Office” sneakers, Abloh’s take on the tennis shoe. Drawing on footwear silhouettes from the late ’80s and early ’90s, the Out Of Office (or “OOO”) sneaker for men and women boasts a classic shape and a clean look, marked by an arrow from Off-White’s old logo and symbols from its new one. The trainers, which come in variously styles and colours, are priced from S$705.

Stylish streetwear and fancy footwear aside, the Off-White store also offers jewellery like silver brass rings, earrings and chain necklaces, as well as the brand’s line of sporty sunglasses. It’s basically a one-stop paradise for anyone who’s into Off-White — and that’s a lot of people.

Expect to see them in hordes (socially-distanced, because we don’t want another Foot Locker situation) the next time you visit The Shoppes at Marina Bay Sands.

The new Off-White boutique is now open at #B1-128, Galleria Level, The Shoppes @ Marina Bay Sands on 2 Bayfront Avenue.