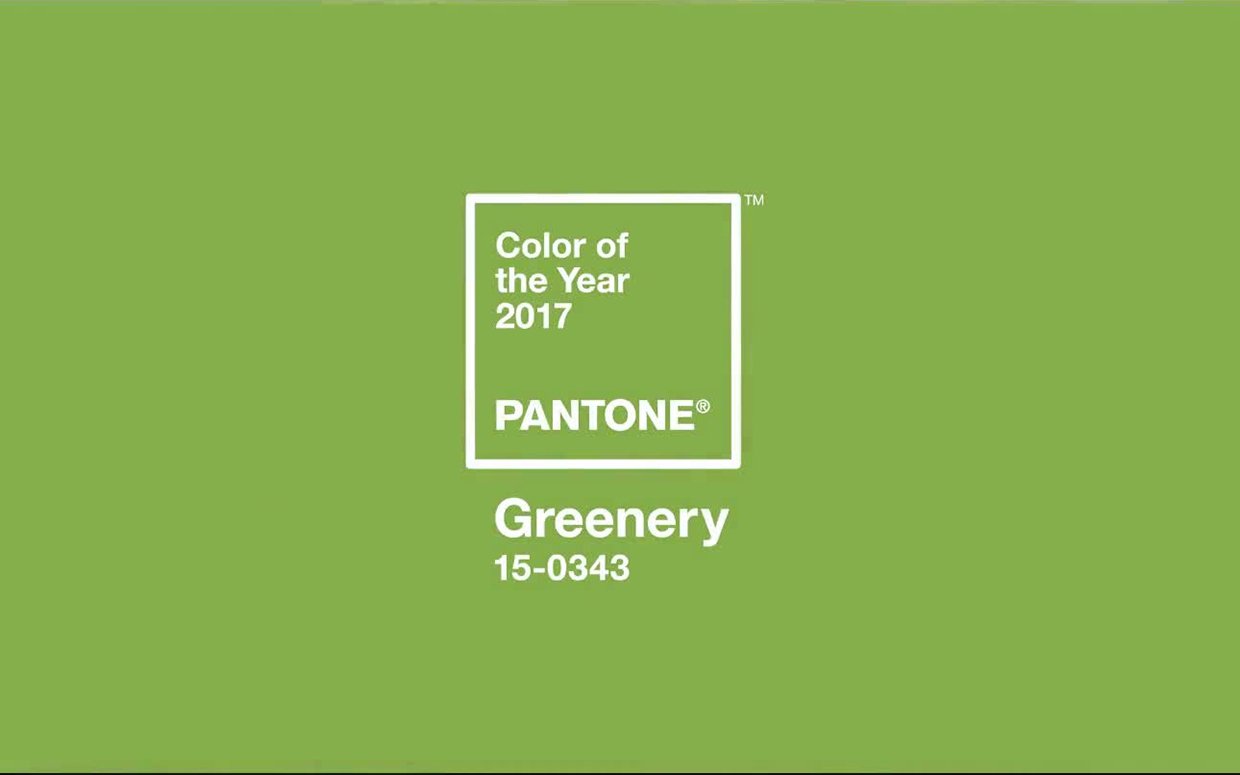 Go greenery: 5 ways to wear Pantone’s Colour of the Year 2017

Style
Go greenery: 5 ways to wear Pantone’s Colour of the Year 2017
Share this article
Next article

Pantone has declared it: Greenery is the colour of 2017. Intending to represent hope and growth (something this year sorely needed), Greenery is a colour you either love or laugh at, thanks to its striking similarity to Kermit the Frog and a cup of Starbucks matcha latte.

The choice of the tangy yellow-green to represent the coming year wasn’t made in a vacuum. Each time, an anonymous gathering of influential creative figureheads explore the prominence of shortlisted colours before settling on one, and Greenery was earlier listed as one of the biggest colours at SS’17 runways by Pantone. With the seed earlier planted, we’re expecting to see Greenery become a mainstay on more runways in the coming fashion weeks.

Before it snowballs into an overhyped trend a la 2016’s rose quartz, accent your wardrobe with chic pieces in Greenery to be at the frontier of the trend. Here are five statement pieces in the foliage green to get your hands on. Just keep Kermit out of your head.

All photos from Getty. 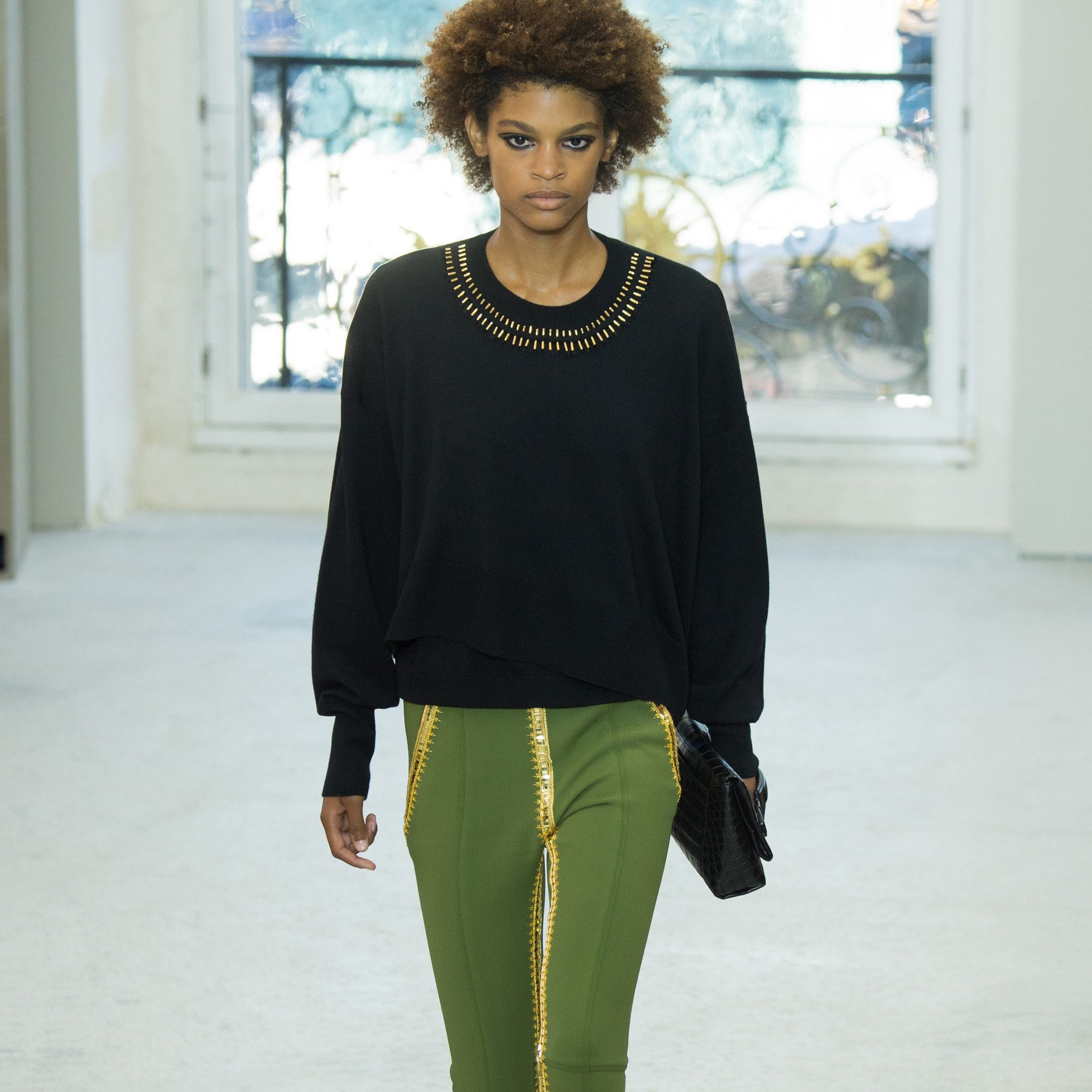 Greenery’s yellow undertones lends itself well to being paired with gold, like the trimming on these pair of green pants from Louis Vuitton. Tone it down with a black sweater to avoid looking too much like a misplaced Christmas elf. 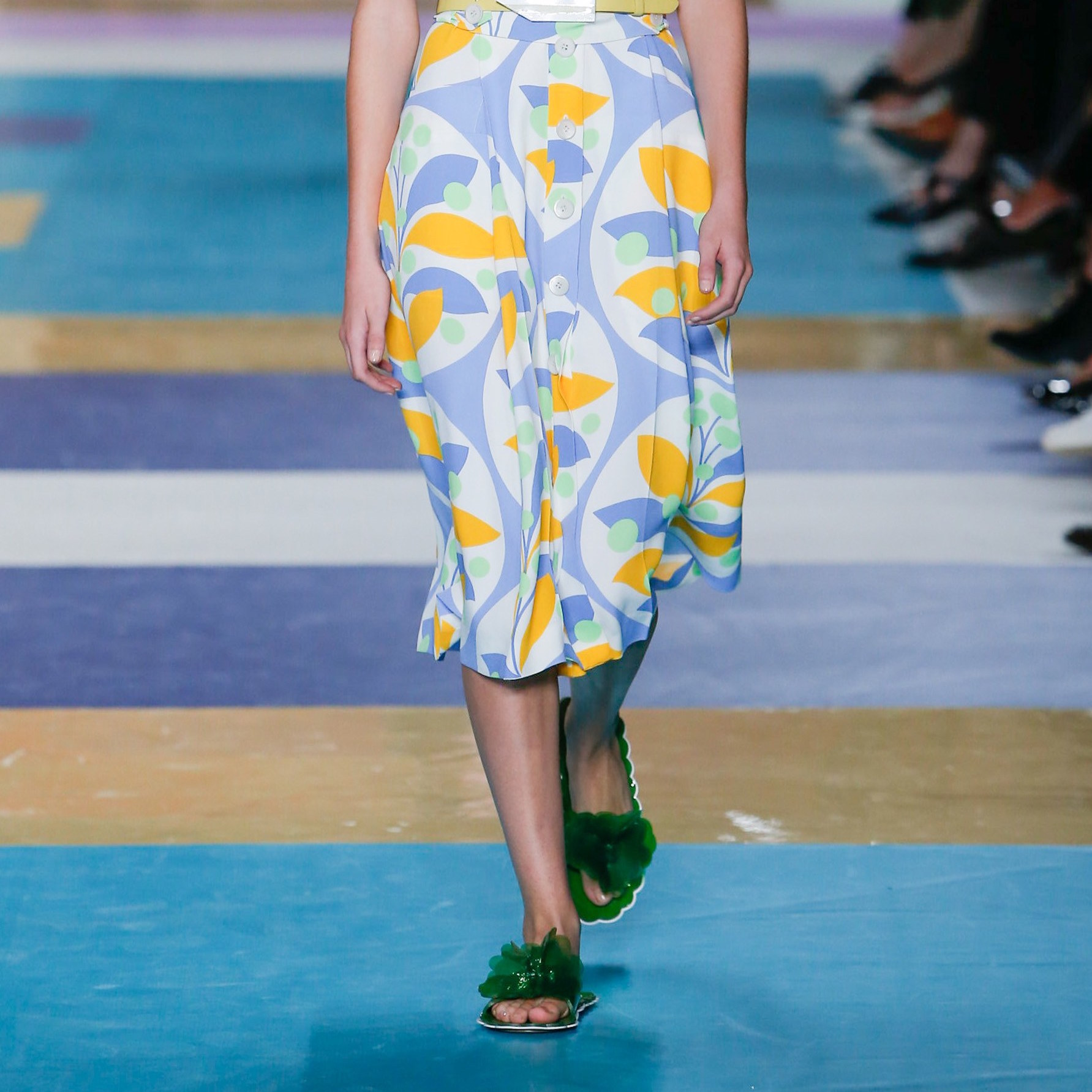 Trendy fur slides get redone in Greenery at Miu Miu, paired with the label’s signature clashing prints. Take cues from this look when it comes to colour blocking with Greenery — use complementary colours with two prominent hues catching the eye first, while the rest are subtle accents that add to the dynamism. 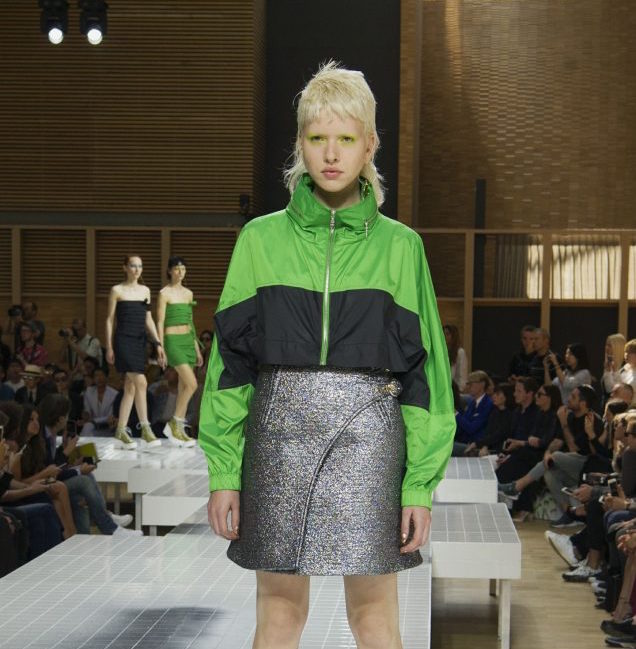 Throwback to windbreakers of the 90s with this Kenzo update. It isn’t just on point because of the old-school athleisure influences that have been dominating high fashion runways, but how well it pairs with a dressed up silver skirt to compose an offbeat look. 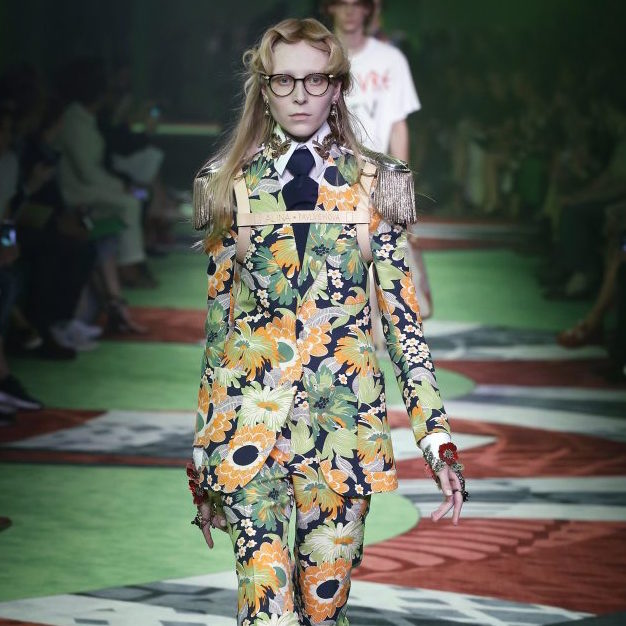 Given that Greenery is such a quirky colour, it isn’t a surprise that Gucci was hot on its tails. Aside from having pants tailored in the acidic green hue, the label applied the colours to their prints on suits as well. This is one for those unafraid to go all out with bold colours, though those more conservative can opt to dress up with the blazer alone. 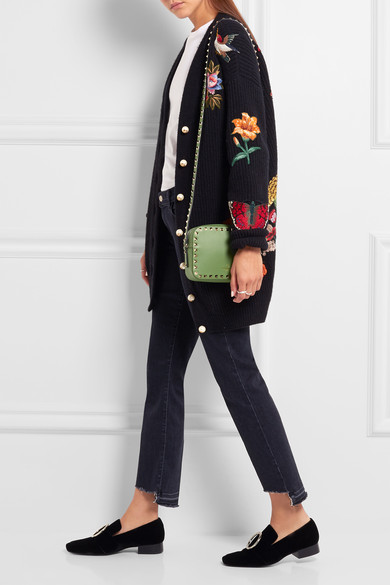 Instead of apparel, try a green clutch or small shoulder bag in the vibrant green. Everyone needs a statement bag to elevate monochromatic outfits, so why not go for something edgy like the Valentino Rockstud? The iconic studs toughen up the lush, nature-inspired green into something worthy of the burgeoning new millennia punk trend too.

Style Guide Pantone How to Wear greenery colour of the year
Beatrice Bowers
Features Editor
Beatrice Bowers writes about beauty, drinks, and other nice things. When not bound to her keyboard, she moonlights as a Niffler for novels and can be found en route to bankruptcy at your nearest bookstore. Don't tell her boss.
Drinks Beauty