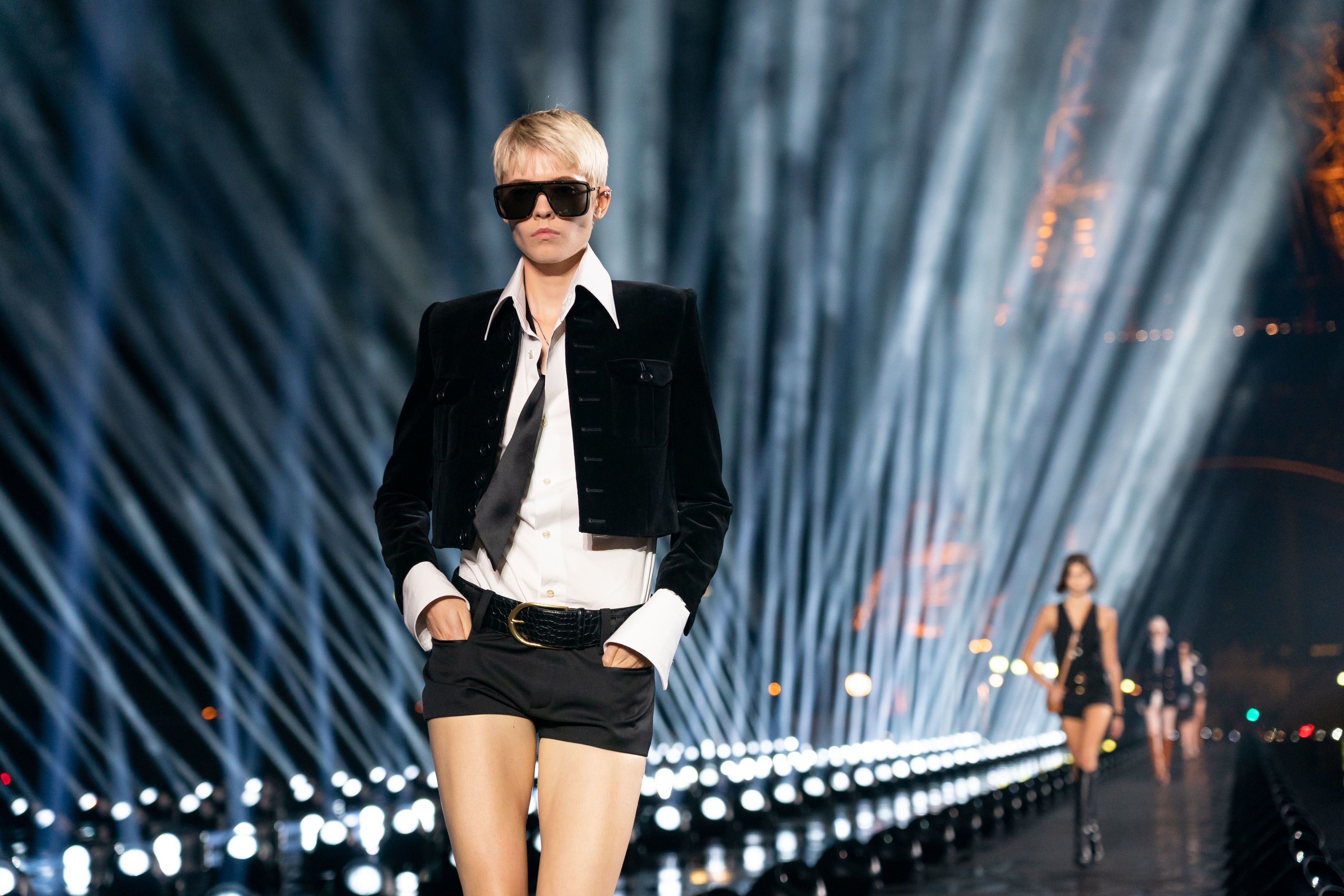 Fashion month is finally done and dusted. After many memorable moments and the dissection of upcoming trends, editors and street style stars can finally go back to regular programming. But before we close the chapter of the Spring/Summer 2020 season, we look back at some of the best runways of Paris Fashion Week.

The runway itself is more than just a space dedicated for models to walk down with a designer’s clothes on their back. More often than not, it gives context to the garments and designs, lending collections a theme that ties it all together in one, beautifully-wrapped package. The late Karl Lagerfeld at Chanel has always stunned his guests with extravagant dreamscapes created in the Grand Palais halls. Similarly, Marc Jacobs during his Louis Vuitton tenure often went all-out, with carousels being a recurring element in his shows.

During the past Paris Fashion Week, we had a glimpse into the future courtesy of Issey Miyake, and were privy to Demna Gvasalia’s political leanings during the Balenciaga show. Check them out, as well as the other magnificent runways from Dior and more below.

One could say Satoshi Kondo channeled his inner Alexander McQueen when he sent three models down the Issey Miyake runway to be dressed live on stage. As the models circled onto the floor, three hoops descended from the ceiling, each suspending a dress that was lowered effortlessly onto the models.

The trio, now joined by more models in similar colour-blocked dresses, started bopping around to springy afro beats, their dresses bouncing along in signature Miyake fashion.

Style
Where to shop for fashion archive pieces

Sustainable fashion is high on everyone’s mind these days, and Maria Grazia Chiuri knows the level of impact she and her team at Dior has. In tribute to the environment, Chiuri partnered with the landscaping collective Coloco for a set design that championed sustainability.

Not only was the entire show powered by electricity generated from canola oil, the 170 trees that were the centrepiece of the set are also set to be replanted in three different locations across Paris. Other materials used for the show, like the wood for the bleachers and fabric, would also be reused by the La Réserve des Arts association.

In a particularly powerful statement, Demna Gvasalia had the entirety of an auditorium clad in the same azure blue of the EU flag for Balenciaga’s Spring/Summer 2020 show. Coupled with the ringed seating arrangement reminiscent of the EU Parliament’s own, it felt like Gvasalia was committing to this bridge between fashion and politics.

With a majority of the looks based on power-dressing and officewear, the collection is no doubt a conversation on the diversity of those who wield power – the “models” ranged from architects to engineers to musicians to students.

Under the shadow of the Eiffel Tower was Anthony Vaccarello’s vision of the Saint Laurent dream: Slick rockstar clothes, updated silhouettes of Yves Saint Laurent’s Le Smoking, and thigh-high boots paired with leather shorts. But the deliverance of the collection was a spectacle in itself.

Hundreds of intelligent spotlights lit up the sky from the ground in neatly-arranged columns, providing a dizzying visual feast. The sheer scale and production value of the show was so very chic, so very Parisian, so very Saint Laurent.

The Chanel show was abuzz on social media for a particularly uncommon reason: A catwalk crasher. French comedian Marie Benoliel casually inserted herself into the finale of the Chanel Spring/Summer 2020 show, which was set on a recreation of the haussmannien rooftops so iconic to French architecture.

Best @chanel finale video ever: Spot the catwalk- crasher! And spot the security guys running after her! #PFW pic.twitter.com/Wztgsj3jVq

It all happened so fast that security couldn’t even identify the prankster (although if they looked at her clogs, they would’ve known immediately). While guests like Anna Wintour were amused at the little incident, supermodel Gigi Hadid was having none of it. She confronted Benoliel and escorted her off the runway. If there’s one thing to learn after this episode, it’s to not mess with Gigi.

Style
The most iconic fashion collections to ever grace the runways
Saint Laurent Chanel Dior Balenciaga Issey Miyake Paris Fashion Week runways
Josiah Neo
Writer
Josiah Neo is a tech writer who contributes occasionally to the fashion, travel, and culture beats. When he’s not busy keeping up with the keynotes, he’s probably stuffing his face with the best Melbournian donuts (at Shortstop, BTW) or watching his favourite esports team, the Los Angeles Valiant, pummel their opponents into oblivion.
Technology Travel Fashion Culture