The ongoing Paris Fashion Week has been rife with the unfolding of new beginnings. First, it marked Natacha Ramsay-Levi’s debut as creative director at Chloé. It’s a significant milestone for both Ramsay-Levi and the house: This is the first time the relative unknown spearheads a house, and she’s the first Frenchwoman to lead Chloé since Martine Sitbon was appointed in 1988.

Another highlight was Givenchy’s reinvention by ex-Chloé head honcho Clare Waight Keller. Ushering in her era, Keller showcased the vision of her seductive Givenchy women — and a handful of men, too — who were dressed in plunging necklines, black and white lace, leather trench coats, and shiny dark tailoring.

The new chapter that was probably the most controversial of all was Balenciaga’s. Two days before presenting its show — which was replete with Crocs platforms 0f all vile colours (vomit-green! in-your-face yellow! anti-millennial pink!) — the label introduced a new logo. Clearly, Demna Gvasalia’s brand overhaul at the French house is far from over. In a statement, the brand disclosed its typeface influence: “Conceived in-house, the development process was inspired by the clarity of public transportation signage.”

From Undercover’s genius The Shining reincarnation to Off-White’s Lady Di tribute, here are the best Instagram posts from Paris Fashion Week you might have missed.

Questions, questions: Is this a Yves Saint Laurent-to-Saint Laurent fiasco all over again? Do we really need this Demna-fied Balenciaga typeface? 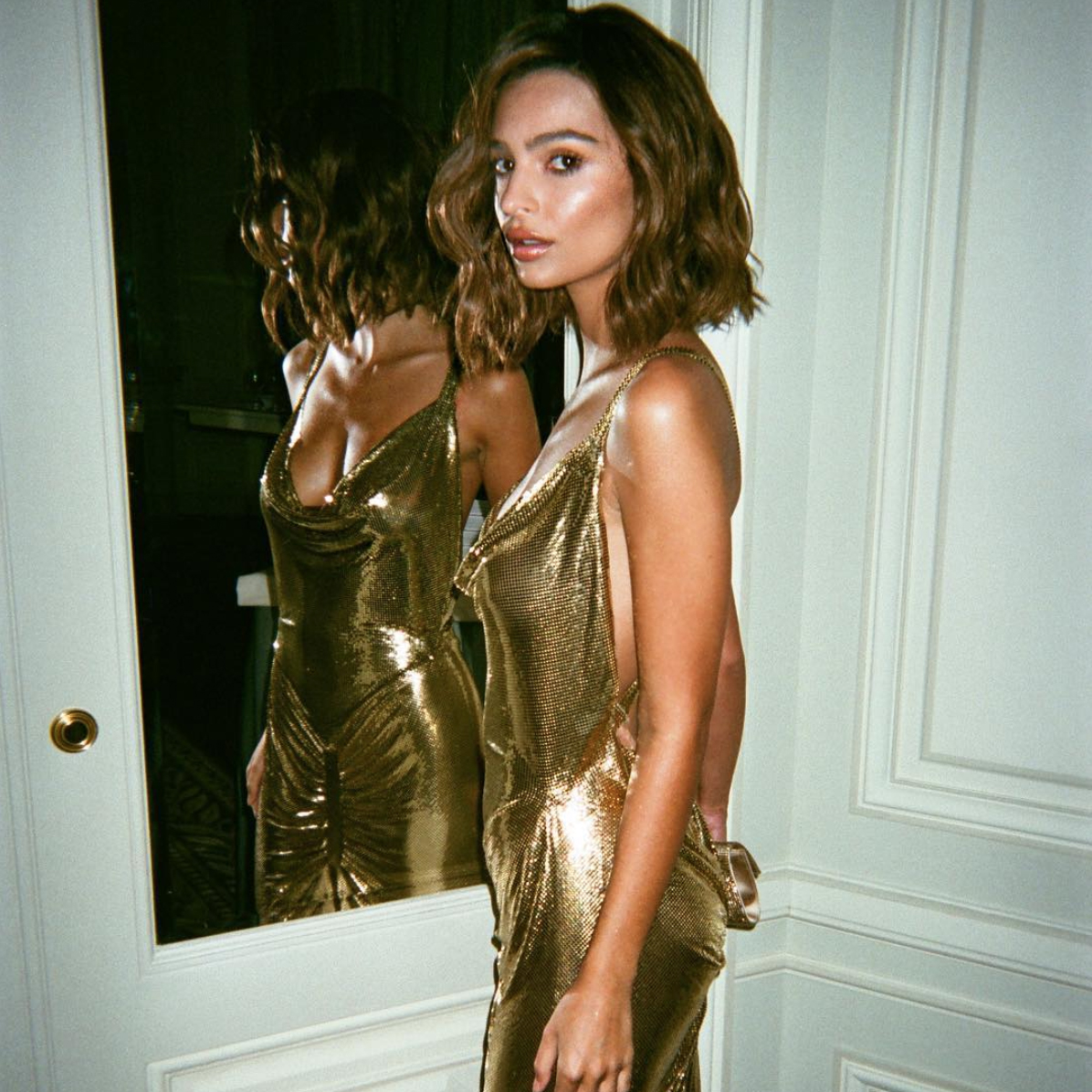 Emily Ratajkowski became a golden goddess for her night out in Paris. 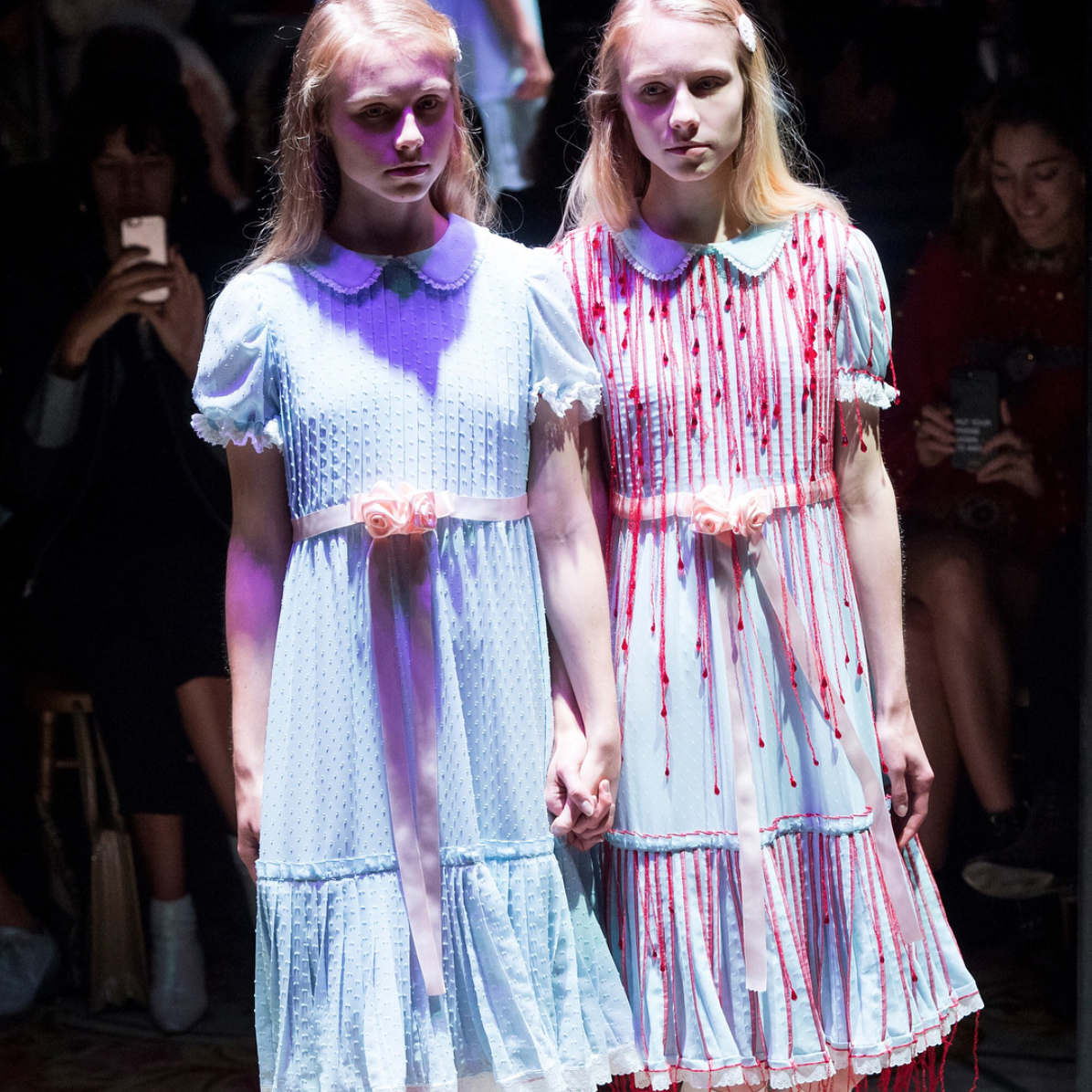 Titled Janus — after the two-faced Greek god — Jun Takahashi’s Undercover Spring 2018 collection was heavily inspired by Stanley Kubrick’s 1980 horror flick The Shining. As models walked in pairs, its ingenious finale brought in the Grady twins. Why of course.

“Jun here. 18SS collection’s title is “Janus”. All the clothes are reversible and models in pairs held hands while wearing the same outfits — showing both sides.
#UNDERCOVER” 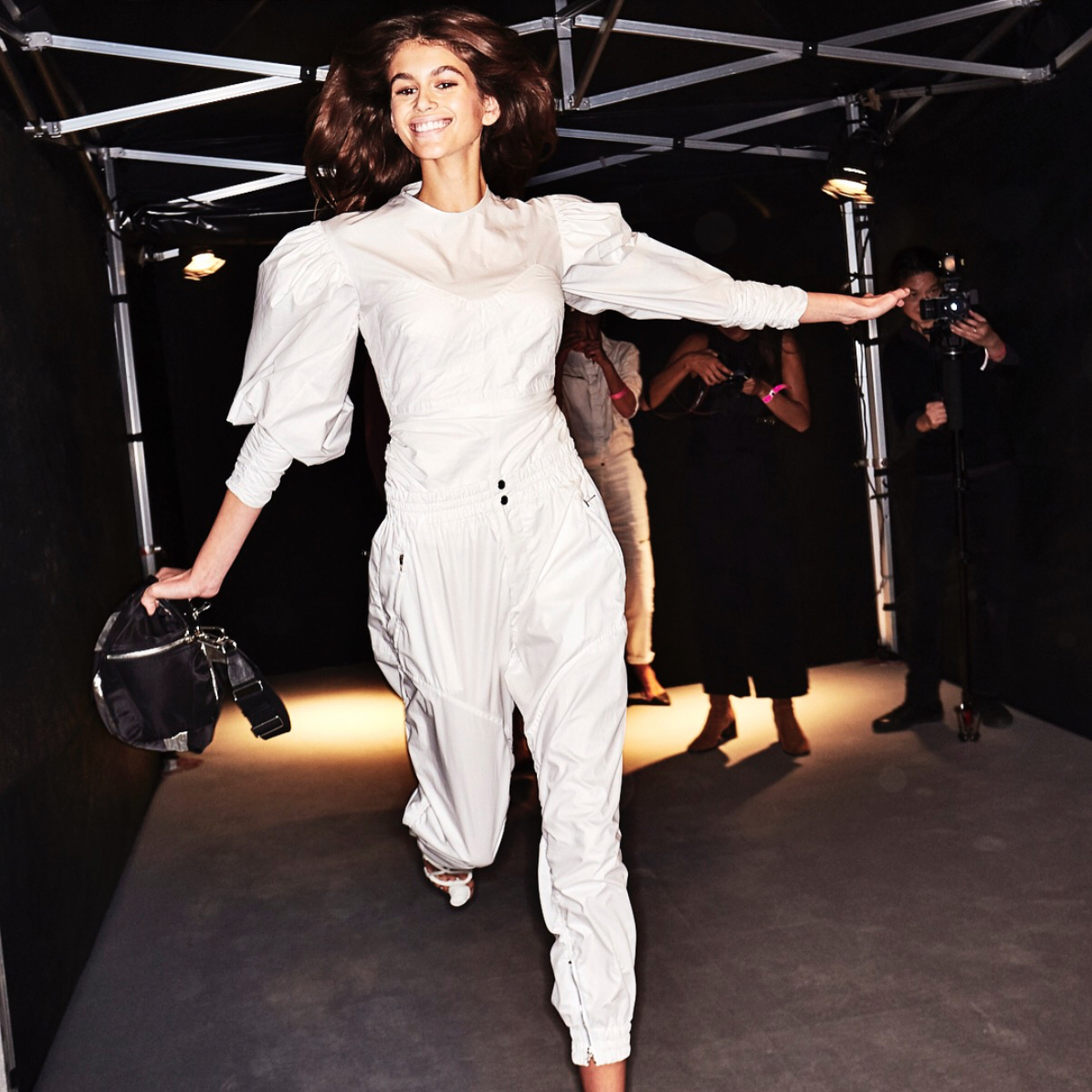 Fashion sure can’t get enough of Kaia Gerber. Here’s a candid shot of her backstage, right after opening Isabel Marant’s ever-chic show. 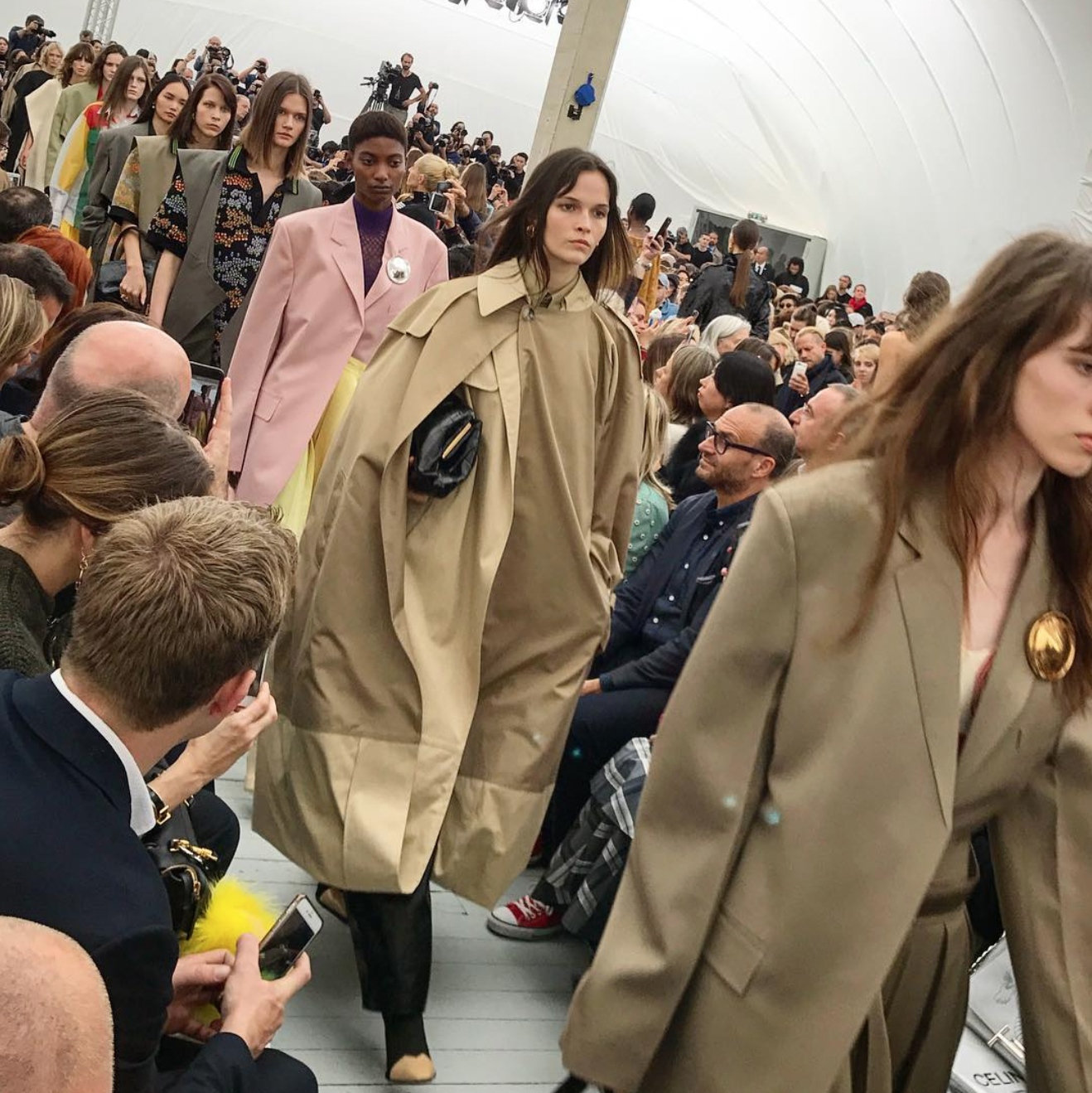 Philophiles the world over will be salivating for Phoebe Philo’s Céline Spring 2018 offering for the next six months. Her best collection yet, its selections boasted statement volumes, statement shoulders, and a wonderful colour interplay. 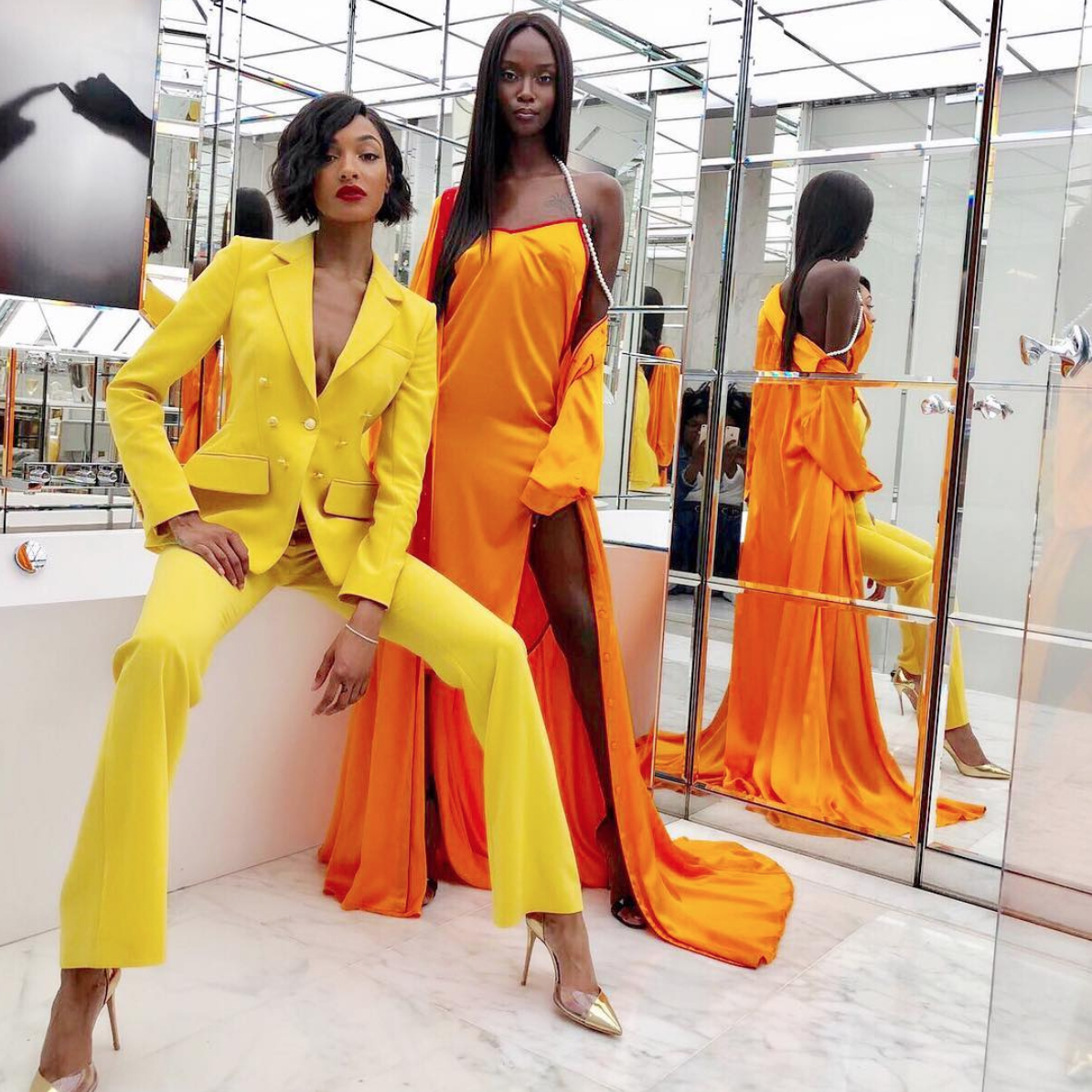 Having worked as the second-in-command to Nicolas Ghesquière for 15 years — both at his current post at Louis Vuitton and previously at Balenciaga — Natacha Ramsay Levi’s Chloé debut was an emotional moment for former mentor Ghesquière as well.

“5 days before my first show where I’m not working for you. ‘You have accepted me, recognised me, loved me.’ These were your words 6 months ago, their reciprocity from me to you is so true. You are in my thoughts, my heart, and my soul. You gave me the possibility to be who I am now. #Merci @nicolasghesquiere” 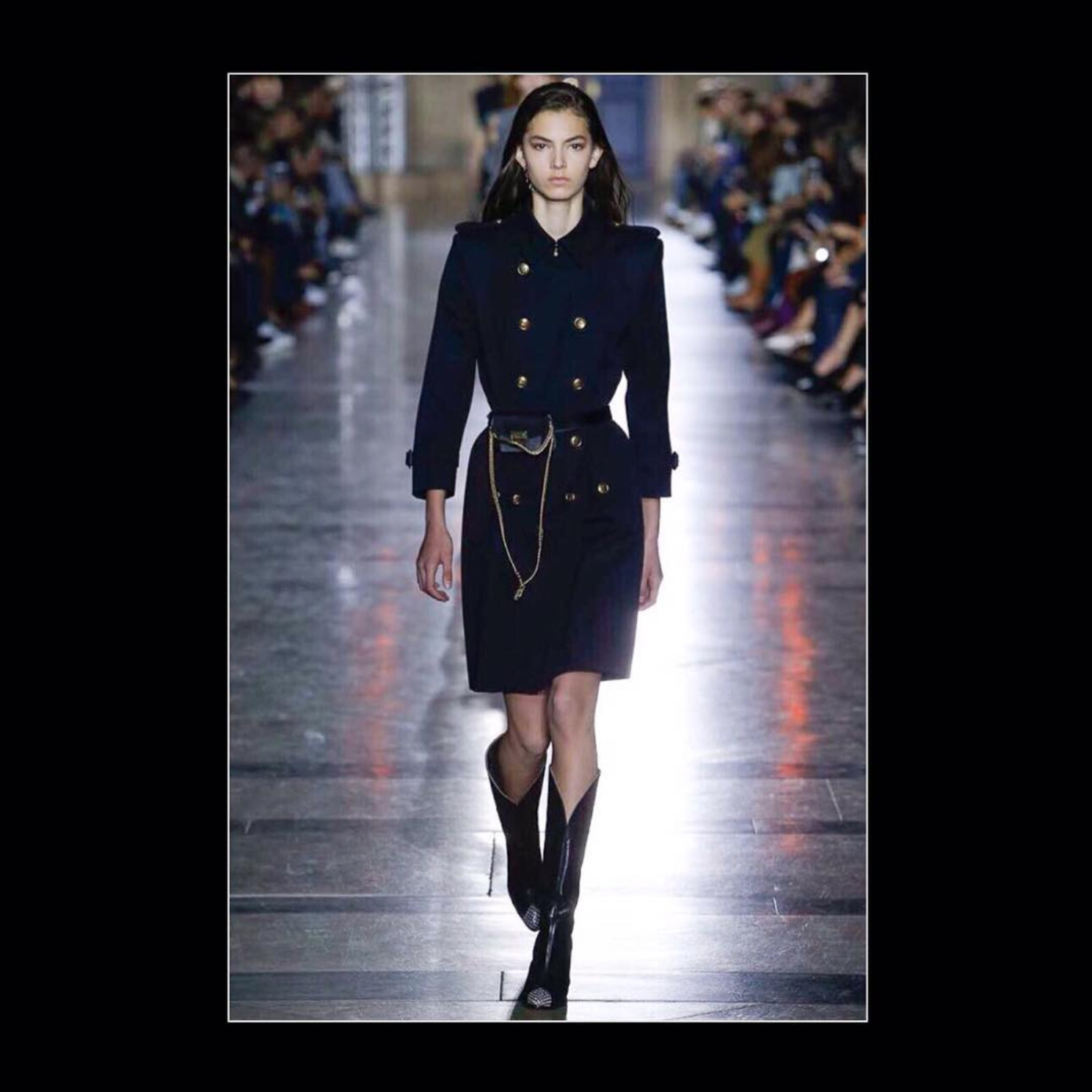 “Fashion is a tool for self metamorphosis. It can transform the spirit through a new attitude, for new beginnings.” So read Givenchy’s show notes, which stated that for this collection, seduction was key. Featuring nip-tucked waists accentuated with a strong shoulder, Clare Waight Keller’s Givenchy woman means sultry business. Inspired by Princess Diana, Virgil Abloh’s Spring 2018 outing for Off-White was largely made by a concoction of frothy tulles — almost all tucked with logo signages of Britain’s leading tabloids who couldn’t get enough of the royal celebutante back then.