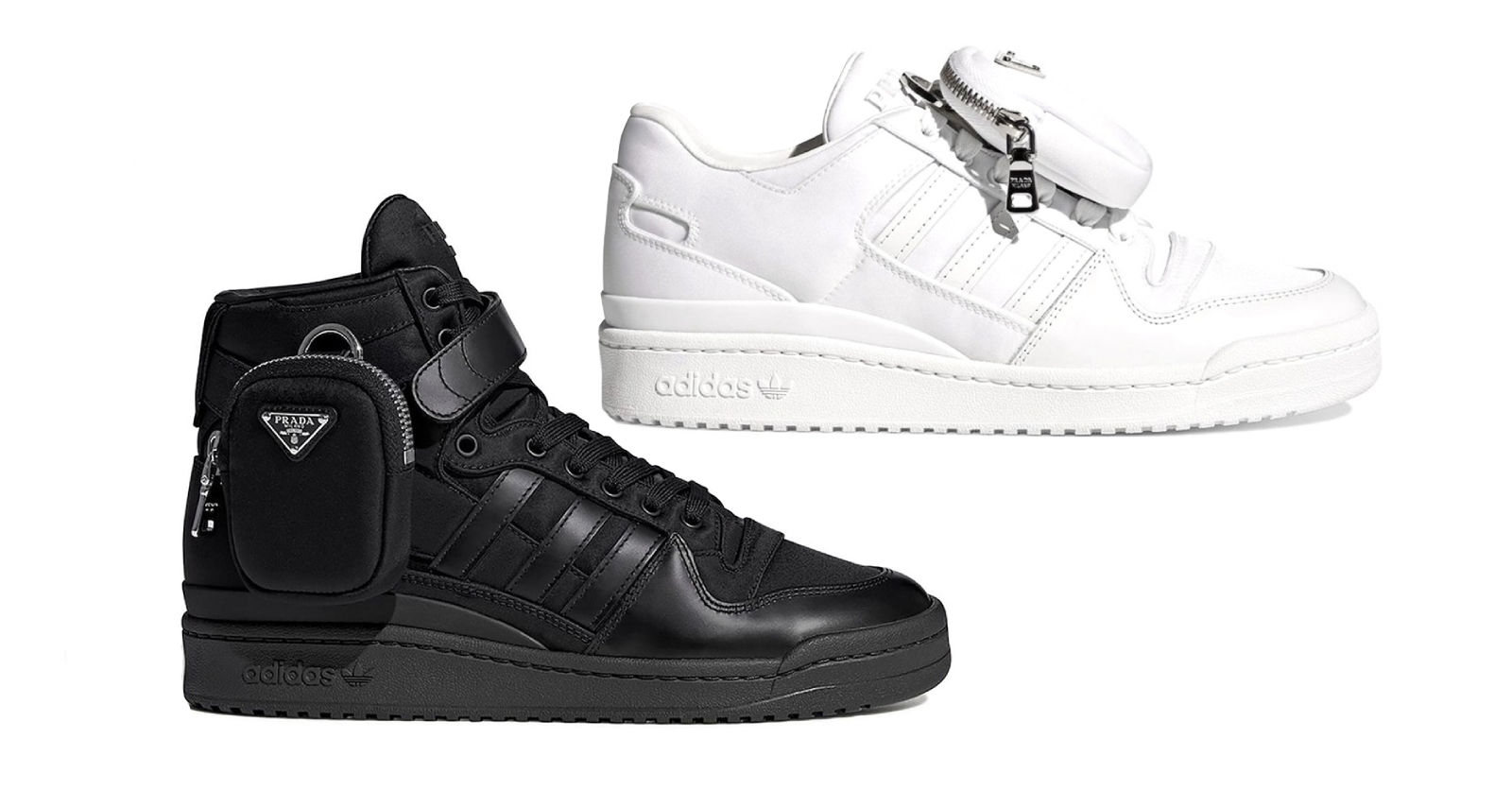 We called it: 2022 is the year of the Adidas Forum sneakers, and even Prada says so.

The Italian luxury fashion brand has unveiled yet another release in its Pradidas collaboration, which kicked off in 2019. After offering several takes on the Adidas Superstar shoes, as well as launching the limited-edition A+P Luna Rossa 21 sneakers, Prada has now lent its minimal touch to Michael Jordan’s beloved basketball shoes.

The Adidas Forum, which first launched in 1984 with a famous hundred-dollar price tag, sports a new look courtesy of Prada creative directors Miuccia Prada and Raf Simons. The most obvious distinction are the nylon zipped pouches attached to the sneakers — a utilitarian detail nodding to the iconic Prada nylon bag, and which we previously saw on the brand’s F/W 2019 Monolith leather boots that were worn by every It-girl we can think of.

The kicks will be offered in both Low and Hi styles, and come in all-black or all-white colourways. The branding isn’t overt: there’s only a Prada logo embossed on the tongue, and the detachable nylon pouches feature Prada’s triangle logo hardware.

When will Prada x Adidas Forum sneakers launch in Singapore?

The sneakers will be released on Thursday, 13 January at Prada stores in Singapore, as well as on prada.com (where you can sign up to be notified) and adidas.com/prada. The high-top styles will retail for S$1,750, while the low styles are priced at S$1,350.

We’re betting that the shoes will appeal to an even bigger audience than previous Pradidas collabs. For one, we know that Rihanna’s beau ASAP Rocky is a fan, after the rapper shared photos of the unreleased shoes on his Instagram. Maybe the couple will have a matching moment with different variations of the shoes? Prada stan Frank Ocean might also be spotted in a pair sooner or later.

The Adidas Forum is already enjoying a newfound popularity, after endorsements by the likes of Bad Bunny, Blackpink’s Lisa, Kendall Jenner and Bella Hadid. Trust Prada to know what’s cool and deliver its own take on the shoes, instead of turning to the more mainstream Stan Smiths.

Stay tuned for more release information. For now, take a closer look at the shoes below. 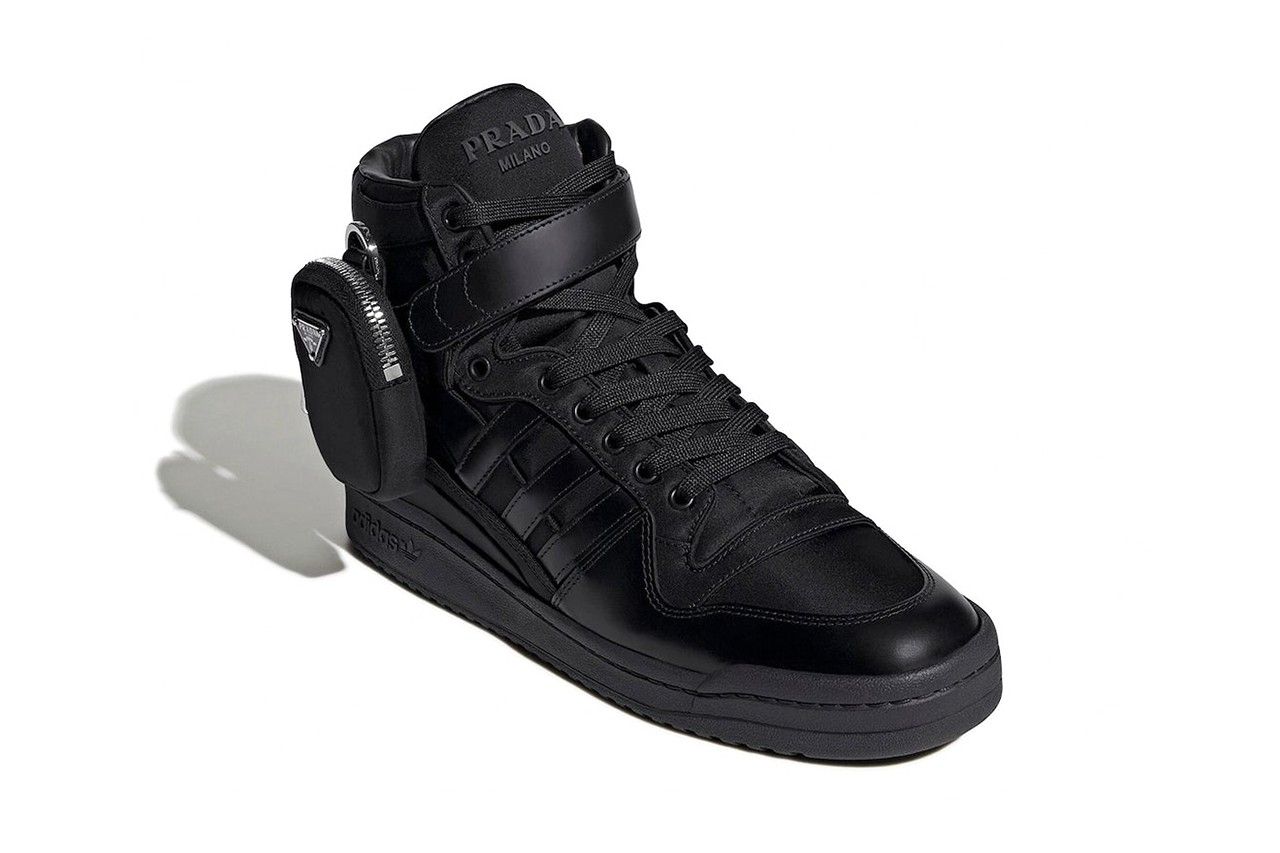 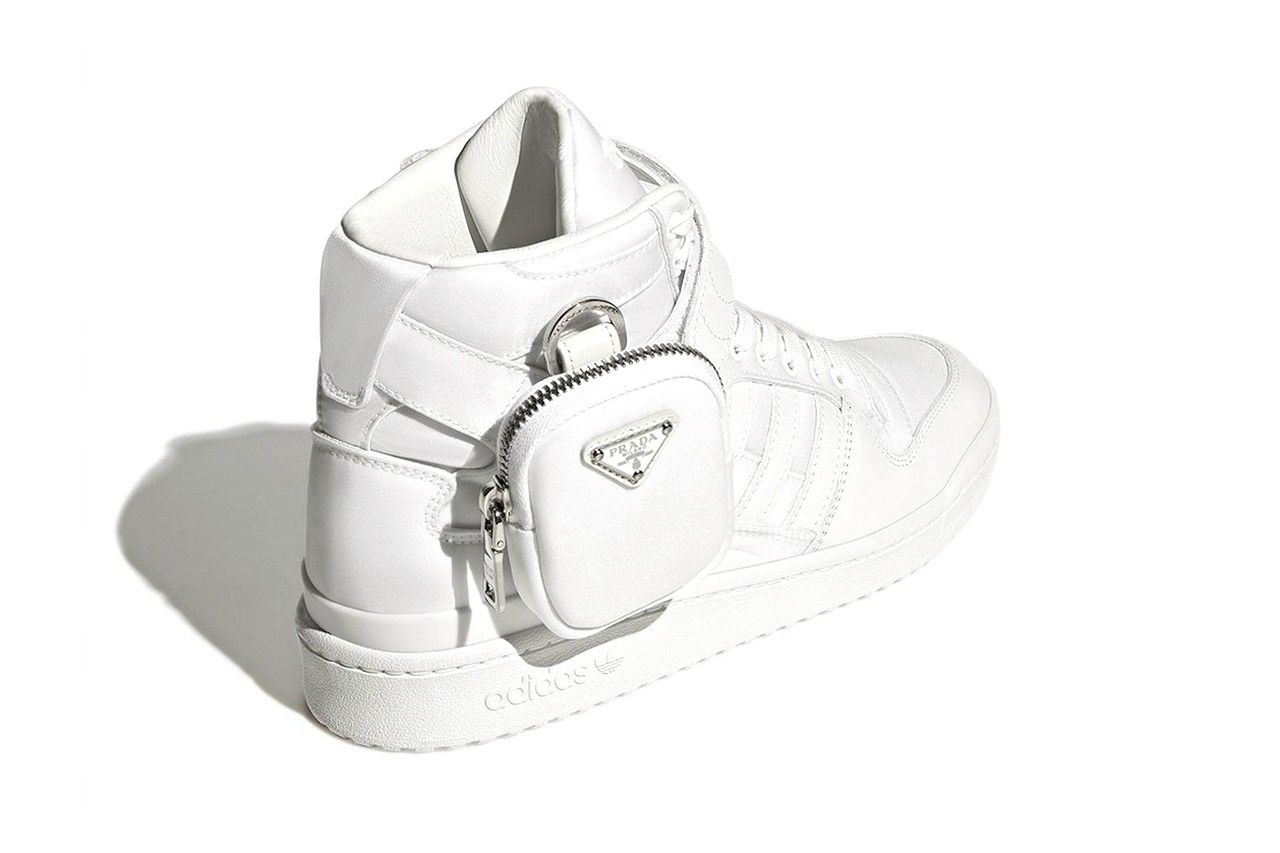 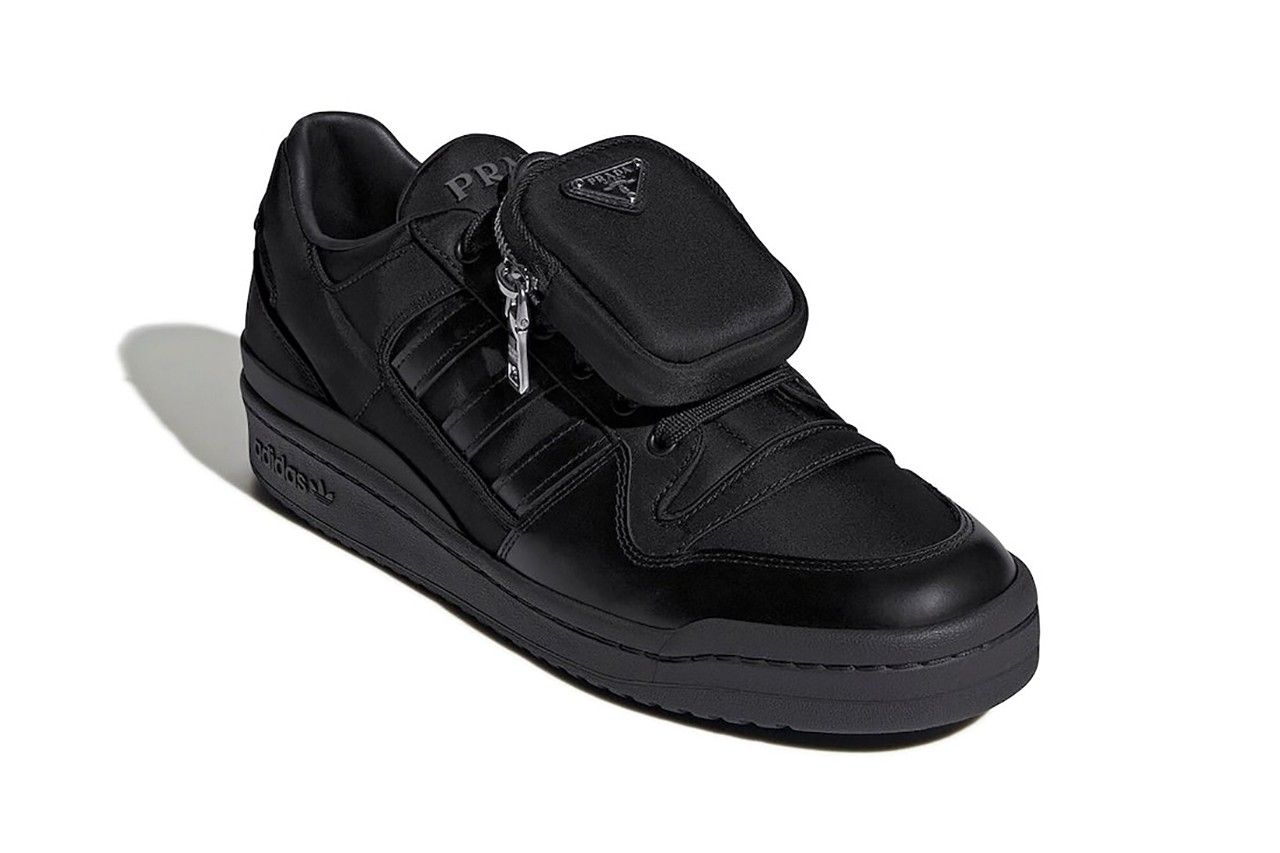 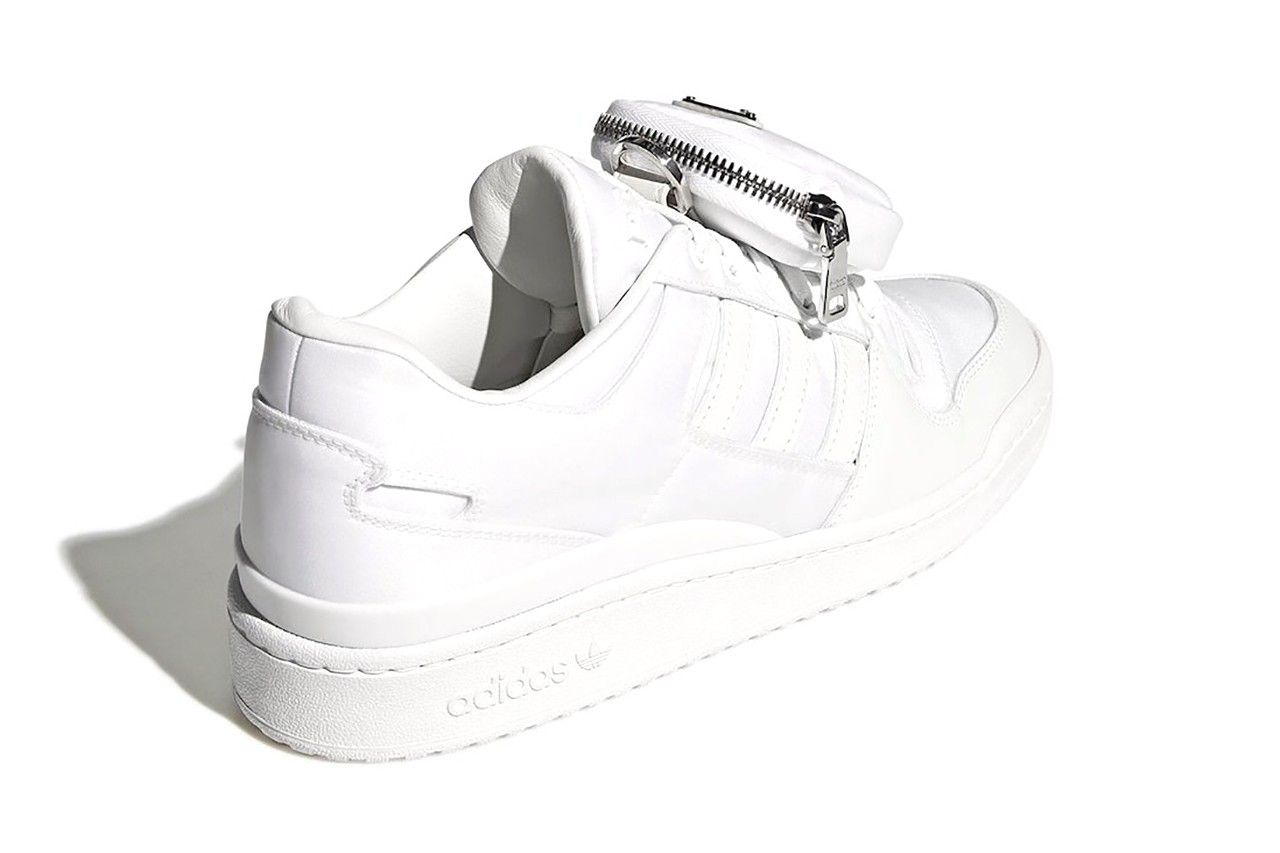 All photos courtesy of Adidas.

Sneakers Prada Adidas Adidas Forum
Pameyla Cambe
Senior Writer
Pameyla Cambe is a fashion and jewellery writer who believes that style and substance shouldn't be mutually exclusive. She makes sense of the world through Gothic novels, horror films and music. Lots of music.
Fashion Style Jewellery
Sign up for our newsletters to have the latest stories delivered straight to your inbox every week.