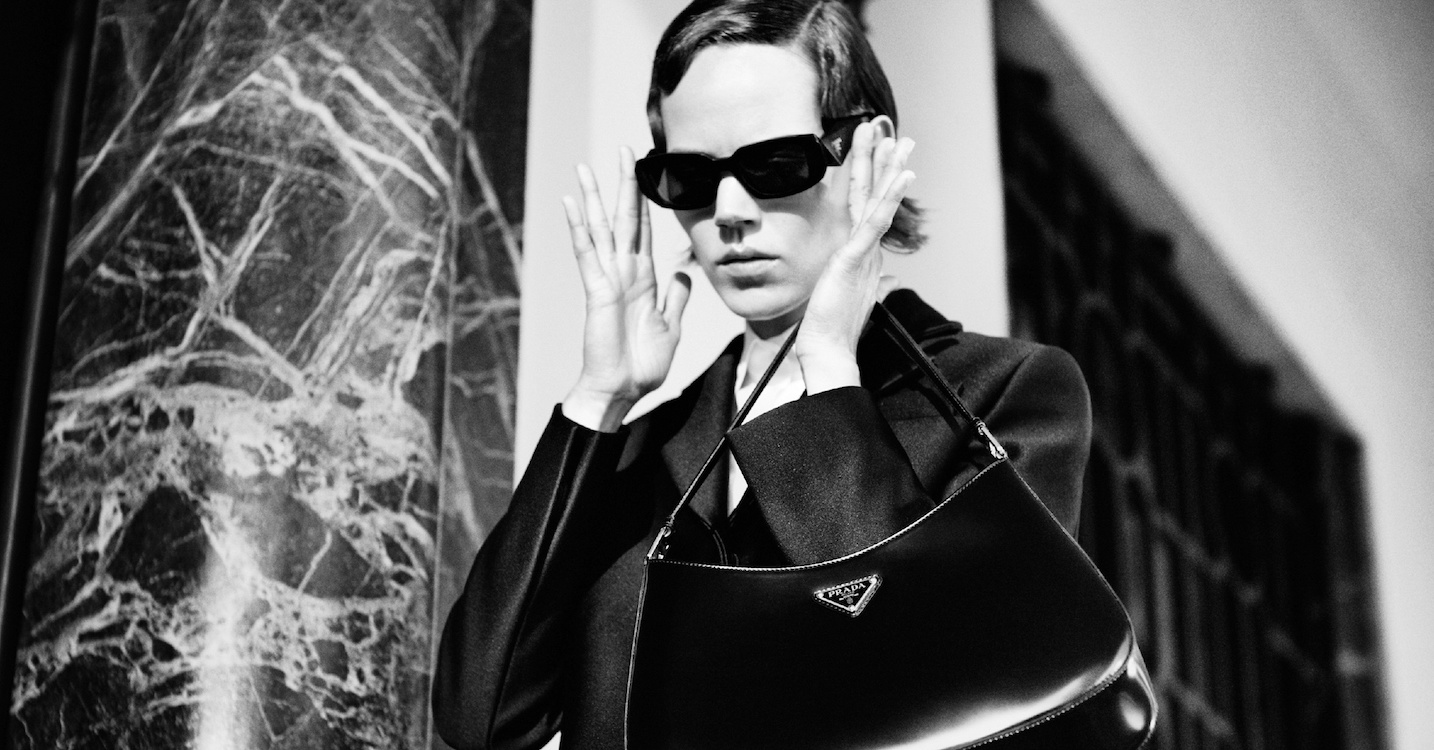 What is Prada without cinema?

A look through the Italian brand’s archive will reveal nods to Lynch, Hitchcock, Buñuel, among other icons in filmmaking. Miuccia’s models are often fashioned after femme fatales as well (Fall/Winter 2013 comes to mind), at least in the Old Hollywood sense of the term.

You may also like…
Style
Prada Re-Nylon, Bottega Veneta’s new bag and more fashion launches this October
Style
Spruce up your gadgets with stylish tech accessories from Chanel, Louis Vuitton and more

Now, Prada once again makes a cinematic connection through its Holiday 2020 campaign, “A Stranger Calls”.

If you didn’t pick up on the film noir undertones from the title alone, you definitely will through the black and white visuals that accompany the campaign. These, recalling the Albert Watson photographs of a much older Prada lookbook, were shot by Steven Meisel to look like scenes from a movie.

In fact, the campaign video even plays out like one, thanks to an original narrative provided by British author Candice Carty-Williams. In the short clip, the models become characters for Carty-Williams’ mystery story, set in the isolated Villa Gnutti home in Italy. Freja Beha Erichsen plays the titular stranger, leading the rest of the cast: Maty Fall, Mao Xiaoxing, Rudolfs Valbergs and Merlijne Schorren.

The other star of the campaign is Prada’s Holiday 2020 collection. The glossy Cleo bag makes an appearance, as do other leather accessories made from Prada’s signature Saffiano leather, some of which are specially made for tech gadgets like smartphones and AirPods.

There are also jewellery pieces for women, as well as men’s accessories like tie clips and cufflinks, both featuring the Italian brand’s triangle logo. And then there are your collector’s items, like a chessboard (a great gift for that friend who loved The Queen’s Gambit) and a set of branded playing cards.

You can spot plenty more gift ideas in Prada’s new campaign, or shop for them now on the brand’s website. They may not look as festive as you would expect of holiday offerings, but one thing is for sure: they are sleek, stylish and much sexier than a Christmas sweater.

Prada
Pameyla Cambe
Senior Writer
Pameyla Cambe is a fashion and jewellery writer who believes that style and substance shouldn't be mutually exclusive. She makes sense of the world through Gothic novels, horror films and music. Lots of music.
Fashion Style Jewellery