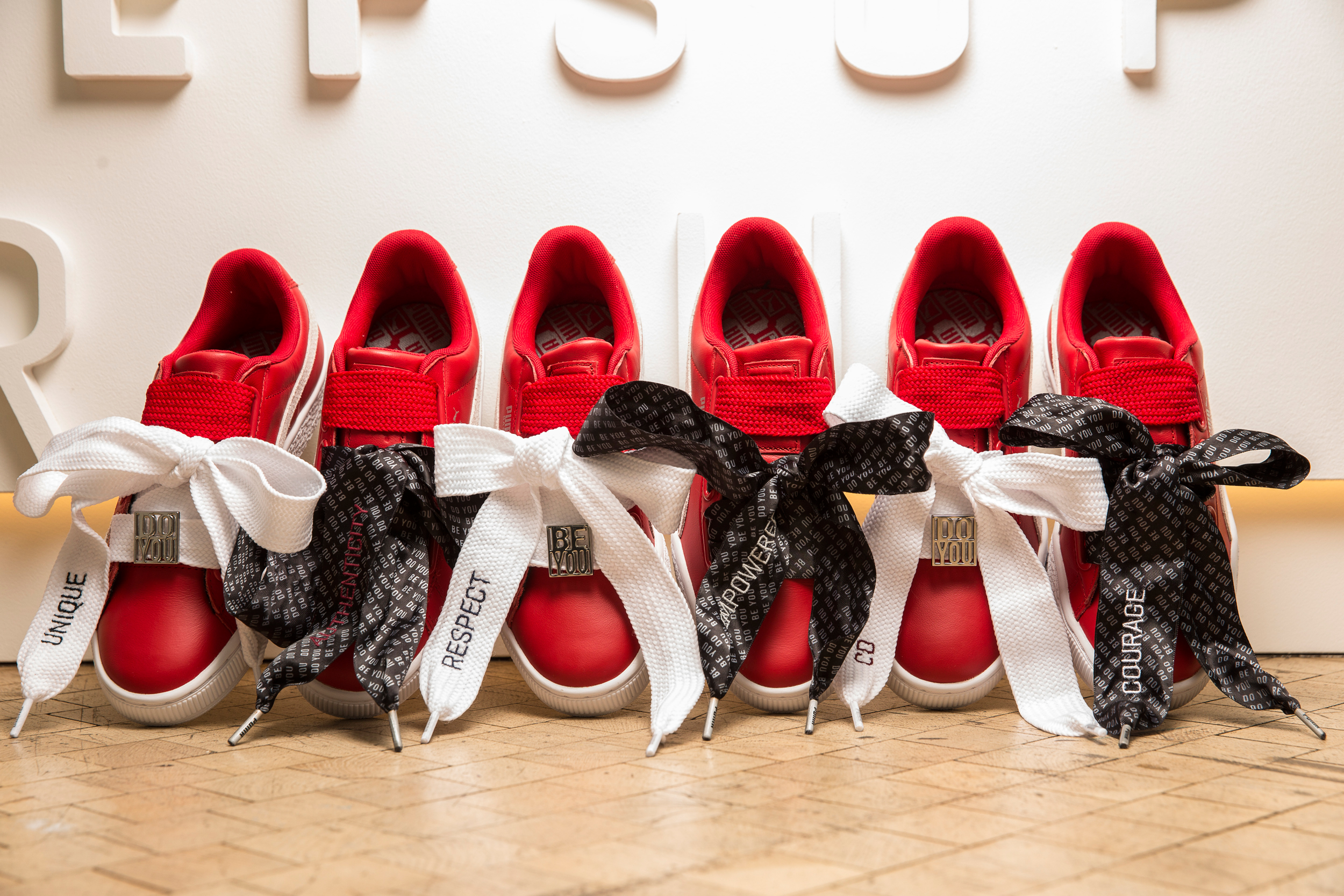 In her newly released, three-part women-empowering docuseries with Puma, model and actress Cara Delevingne shared her experiences of visiting refugee settlements in northern Uganda, undertaking a powerful self-defence lesson, and meeting girls who were victims of bullies. In tandem with the docuseries’ launch, the new red Basket Heart makes its bold debut with Delevingne fronting the campaign, too.

First launched late last year, the Basket Heart sneaker was an instant hit with its ultra trendy extra large laces. But the original Basket silhouette originates from decades ago, stemming from the German sport giant’s ’70s archives. Street-cool as much as they were comfortable, they were the kicks that easily won over the hip-hop crowd during the golden era. They became more than just a court classic; the Puma Basket became a significant part of pop culture legends.

So when the Basket Heart fused the streamlined design of its predecessor with an exaggerated lacing update — a move that’s in parallel with the latest catwalks’ penchant for extreme proportions — another legend was made. So if you’re looking for a leg up in your wardrobe’s footwear department, easy peasy: Slip on the vibrant red kicks and tie up those giant laces.

The Puma Basket Heart sneakers in red, black and blue are available at Limited Edt, Leftfoot, Link Dot and online on Lazada.