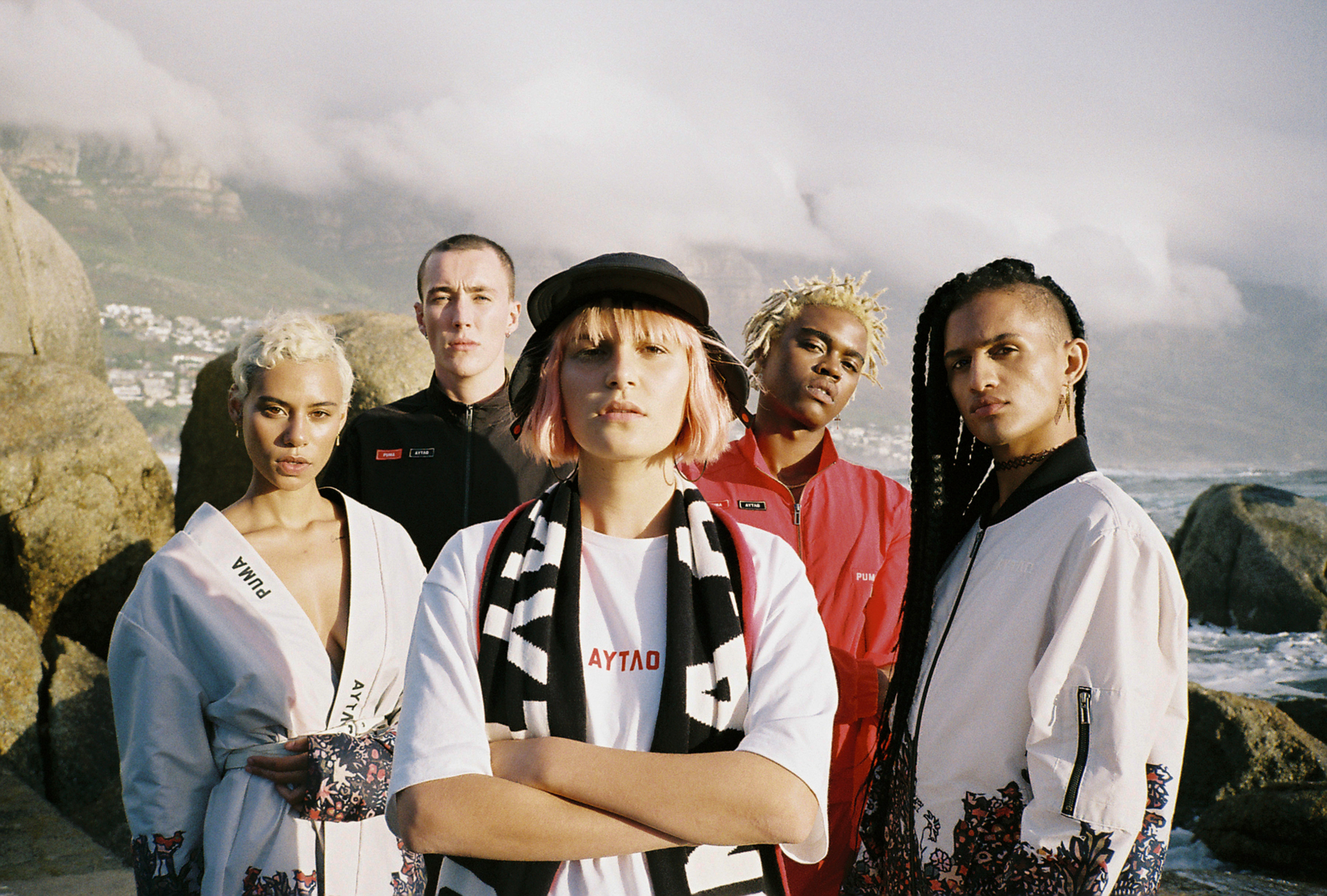 Puma’s latest collaborator is a team of Russian misfits

Ever since Demna Gvasalia and Gosha Rubchinskiy made their successful splash in the fashion sphere, an Eastern Bloc youthquake rippled the world over. Georgia and Russia became synonymous for the nineties-inspired look of gritty post-Soviet adolescents. It was in this vein that Russian streetwear label Outlaw Moscow — the brainchild of power duo Maxim Baskaev and Dilyara Minrakhmanova — came to be four years ago.

The label participated in Paris and Milan Fashion Weeks and went on to collaborate on a short fashion film with legendary photographer Nick Knight. Wild secret parties were Outlaw Moscow’s forte, positing its garments as an emblem of the local underground youth culture. And its reputation precedes its under-the-radar digital presence, converting even rapper Skepta into a self-professed fan.

Fast forward to this year, the up-and-comer now links up with Puma for a special design team-up. In a move towards diversifying its Fall/Winter 2018 line-up, the German sportshouse is working together with Outlaw Moscow for a special product assortment spanning sneakers, apparel and accessories.

True to its minimalist grime-chic visual codes, Outlaw Moscow implemented its signature phonetic Cyrillic translation (its own logo, AYTΛO, can be recognised by acolytes from a mile away) to Puma, embroidering them onto clothing inspired by industrial elements. Floral prints were extracted from retro Russian illustration tomes and were printed on a kimono and a bomber jacket.

For footwear, one of its key selections includes the Trailfox Graphic, a performance trail runner which comes in an all-black smooth leather embroidered with the same floral art. Its iteration in white features rubberised colour-blocked panels with padded woven blocking. Others include reinventions of the classic Suede silhouette.

The first drop of the Puma x Outlaw Moscow is slated to drop in Singapore come 14 July. Mark your calendars and come prepared. This one’s destined to sell like hotcakes.

The Puma x Outlaw Moscow collection will be available at Puma’s Select Store at Marina Bay Sands, Seek, LeftFoot and Robinsons The Heeren from 14 July onwards.