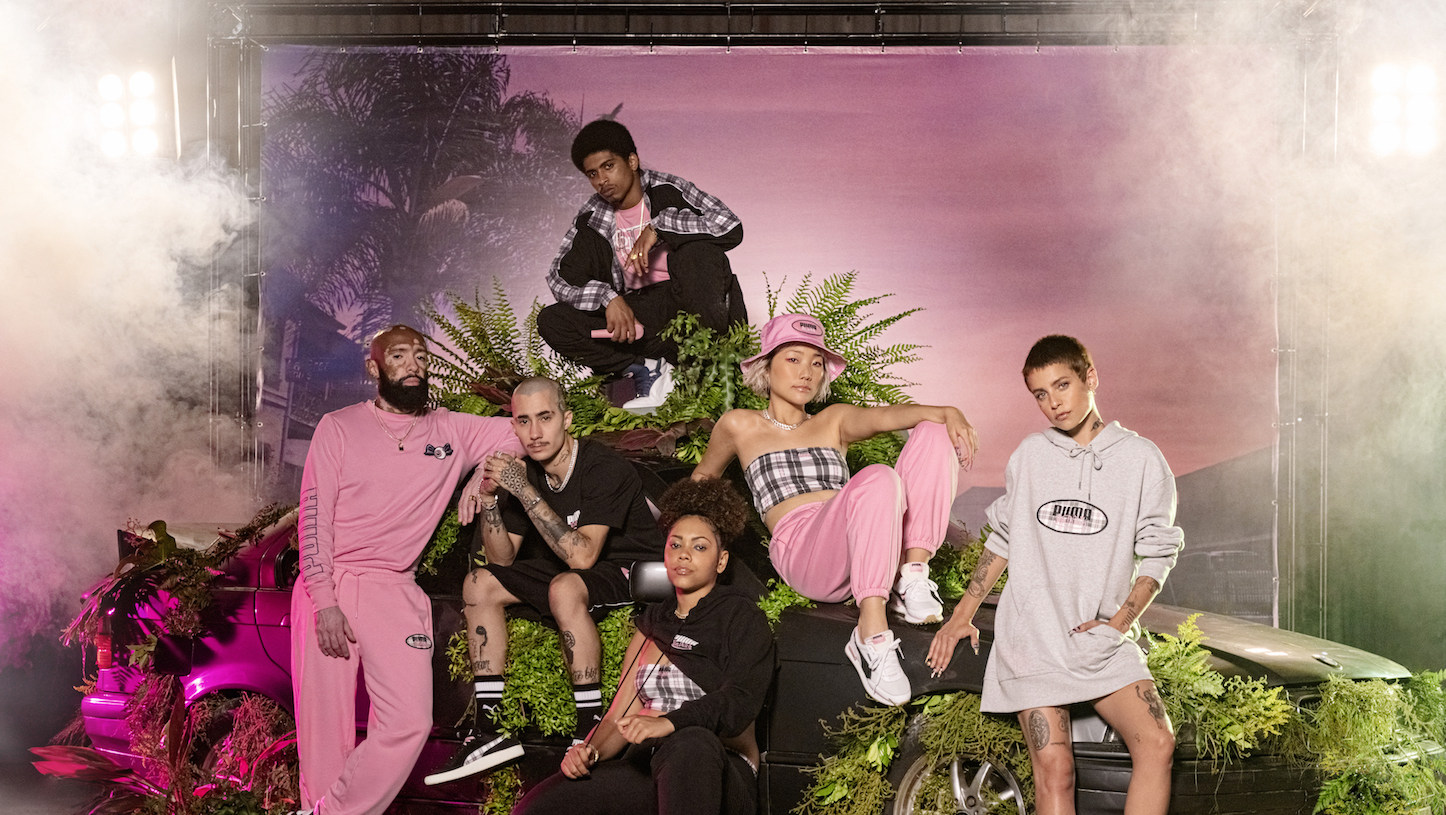 What were the 2000s if not a fever dream of flip phones, mini handbags and rhinestone sweatpants?

We can thank Von Dutch for that last bit, as well as for their logo baseball caps and baby tees that were equally embraced by Christine Aguilera, Gwen Stefani and other style icons of the decade. In 2020, though, the American fashion label is moving away from leisure staples to athleisure ones — through a new collaboration with Puma.

Puma x Von Dutch comes with a heavy dose of noughties nostalgia, from plaid details to its use of bubblegum pink (a colour Paris Hilton would, like, totally approve of). But the capsule collection also comprises pieces that are very much of the moment, thanks to dominance of streetwear and our duty of staying home for weeks: T-shirts, hoodies, sneakers and sweatpants (no rhinestones this time).

Von Dutch’s iconic snapback, which has been sported by everyone from Britney Spears to Lil’ Kim, has also made a comeback in the collection. Dubbed the “Swop Cap” (S$79), the new style comes with the same mesh panels and logo patch of the original trucker hat, along with embroidered patches featuring the Puma x Von Dutch logo.

Puma fans, though, will be more interested in the collaboration’s Future Rider sneakers (S$169) for women. The sportswear brand’s signature trainers, still as simple and super light as ever, now comes in white with accents of black and baby pink. (The complimentary pink shoelaces are optional.)

From statement hair clips to strappy sandals, fashion has been reviving the tacky 2000s, one trend at a time. The Puma x Von Dutch collaboration, with its fun, fresh spin on athleisure, couldn’t have come at a better time. To look less like you just stepped out of The Simple Life, we recommend styling the sporty pieces with with a Balenciaga tee, along with a pair of Gentle Monster sunglasses.

Shopping Puma Athleisure
Pameyla Cambe
Senior Writer
Pameyla Cambe is a fashion and jewellery writer who believes that style and substance shouldn't be mutually exclusive. She makes sense of the world through Gothic novels, horror films and music. Lots of music.