Month after month, global fashion brands flood the stores with a constant stream of new releases. This frenetic pace might prompt one to wonder: Does fashion even have meaning anymore?

It does, if one knows where to look.

For local fashion designer Priscilla Shunmugam, it was about establishing the Asian design narrative, and Singapore provided the perfect backdrop for it to happen. Not only is our city conducive for business, it’s also where several cultures coalesce to birth a unique design story. 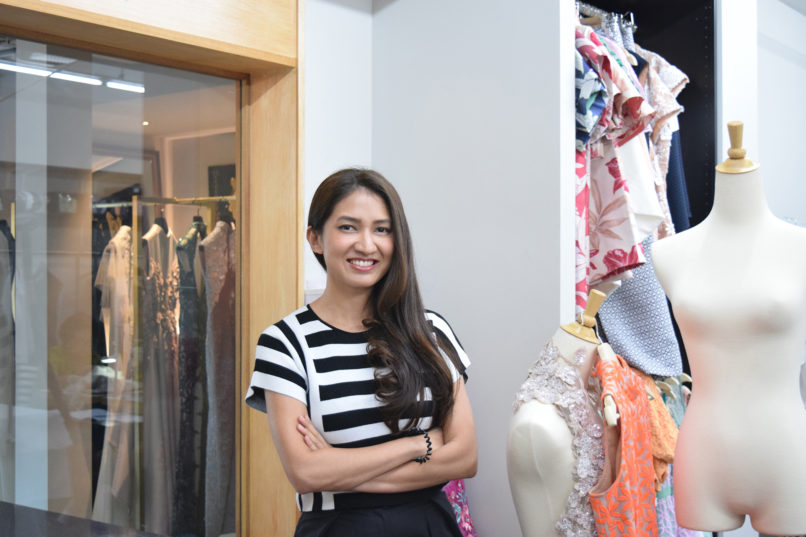 The former lawyer cites Edward Said and his book, ‘Orientalism’ as the driving force behind her work. In it, the writer details the effects of colonialism and the cultural effect it has on the rest of the world.

For Shunmugam, orientalism is very much alive in fashion. In response, the label Ong Shunmugam was born in 2010. Its mission was fueled by flipping orientalism on its head, birthing ideas and a narrative that would reclaim Asian fashion — from the sourcing of raw materials, to the artisans that craft them. 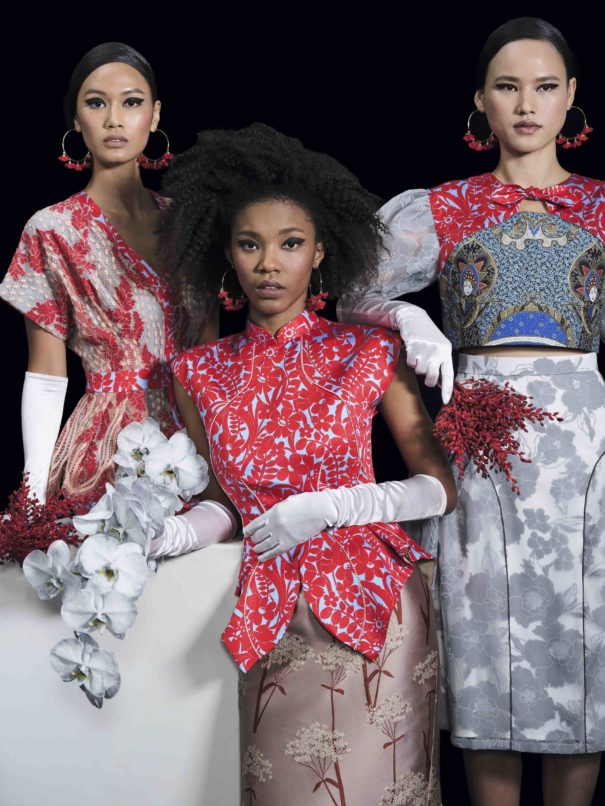 While it has been a tumultuous time for retail, the brand has just celebrated its 10th anniversary and Shunmugam is not sitting on her laurels. In fact, she has launched a dinnerware collection and even a new furniture line. In womenswear, Ong Shunmugam has launched a retrospective cheongsam collection that fuses traditional and contemporary textiles from across Asia into modern silhouettes and wearable pieces. The collection — designed by Priscilla Shunmugam and proudly made in Singapore — is available on pre-order.

We drop in to her atelier in Holland Village to find out what drives her designs and how, despite having been in business for 10 years and in multiple manifestations from dinnerware to furniture, the Ong Shunmugam design narrative is still a sanctuary for her to return to.

You launched your first dinnerware in December 2019. What was the thinking behind it?

There were several strands of thought. The first is that, if you look at the growth trajectory of any serious fashion house, there is always a progression from one category to another. They may have started out with womenswear, but then they’d branch into bags, perfume and menswear. Sometimes, it could be for business reasons, other times it’s just that the designer [wants to convey] a point of view. In 2019, Ong Shunmugam was nine years old and I had, for the longest time, been considering if I should be doing things like menswear and a few other things. I had to weigh the pros and cons. And my instinct for homeware is very strong especially since I already collect porcelain but I took a cursory look into Singapore and felt like the choices are limited. That’s when I thought we could come in and do something a little different.

Since we care so much about our food, why don’t we care as much about presenting it the same way they do in the West or Japan? So I thought, let’s try and bring all the values that we take from womenswear and apply that.

And how do you, as a designer do that?

It has to make sense [to the audience]. When we launched [our first dinnerware collection], we saw that there was a very, very positive response. It’s very interesting, because about six or seven months later, a local chef said to me, “You know, something? I must point out to you that almost every foodie in Singapore knows about your tableware. And a lot of the homes that I go to are using it.”

So I think it has achieved a certain level of success. Because it’s not easy for a fashion brand to make a transition but we’re lucky that people in general are very supportive.

Was this what gave you the confidence to start producing furniture?

Definitely, once I saw that people are receptive to this idea. [Producing furniture] is not easy and while my team is very technically sound, there was some resistance initially. I think that the team has come around since we launched and they’ve seen what we can achieve.

My team of seamstresses were the ones preparing the fabrics which we sent to Malaysia to turn into panels. When they saw the furniture, I think that they got it. They had no idea what we were doing until the furniture arrived.

Was it because you wanted to be challenged?

That’s one way to describe it. The other reason is that I really love what I do. There’s also a part of me that wants to acknowledge the beauty and the fragility of life. What if I wake up one day and I can’t do this anymore? I look at my team and I have three ladies who are above 61. How long will I have them? There’s never a right time to decide to do something, the time is always now.

But is there a common thread running through your clothes, your homeware and furniture?

There must always be a thread running through. When I’m designing something, I will always ask myself: “What am I doing? Why am I doing this?” Take Raf Simons — does he design for himself or is he designing a brand that he’s working for? You know what I mean?

That is the key. I cannot be selfish when I’m designing, I cannot think, “Oh, I like this so I’ll do it.” There has to be discipline. Who is the customer? What is this universe? And what are the parameters of this universe? So what does the Ong Shunmugam universe look like? Take us there.

I know it sounds crazy but I do have a picture in my head. It’s definitely tropical [with plants] endemic to the region. There’s lots of greenery and botany. It has animals…  we always have a sprinkling of animals around. There are hues of orange, brown, and a little bit of black. I’ve never drawn it out or asked my designer to photoshop something together. I’ve left it in my head so I can keep revisiting it. It’s a sanctuary that if I were to bring to life, I would know its certain set of features.

What do you think inspired this?

I think a lot of it has to do with my upbringing. Being born and raised in Malaysia, my parents couldn’t really afford to bring us on holidays — so we would always travel around Malaysia.

I was very outdoorsy… I was always camping and hiking. Then I spent six months living in Cambodia for some pro bono legal work. When I finished my stint there, I did an Indochina road trip with a friend of mine through Vietnam and Thailand. I’ve been to Indonesia multiple times and the Philippines as well. So what I’m trying to say is that I understand this region to a certain extent. And then of course, I found myself in Singapore which is quite a stark contrast to all our neighbours, especially because this is a city state with no hinterland. That cuts out a lot of nature and to some extent, culture.

When I came here and started the label, I started asking: “What do I have to say that no one has said?” If I want to be lofty, what can I contribute? There has to be more than just clothes, chairs or plates. There’s so many people that can do that and do it better. There must be a reason. So what is this reason?

There was a book that changed my life. It was ‘Orientalism’ by Edward Said. My friends who have known me for a long time, would see my work now and they would think it was exactly me. Back in law school I was always exploring concepts that had to do with colonialism and imperialism.

You wanted to dismantle structures of power?

Oh yes. So when you start exploring all this with Edward Said’s ‘Orientalism’ next to you, you start to draw parallels. I started to question: Why is it that in Asia, we’re always only the manufacturer? So I decided to take that discomfort and make something out of it. Somehow people responded to it. My first collection was called ‘Orientalism’.

It’s been 10 years since your first collection. How did you bring this idea to things like your furniture line?

Okay so it’s all rattan and in the UK, rattan furniture is given all these tags like boho, rustic, and ethnic and comes with all these labels like “ethnic vibes” and “boho lifestyle”. Here, it’s stuff we live on and not an exotic concept.

Yes, correct. Even the word rattan is from the word rotan, in Malay.

What role does Singapore play in this ecosystem?

Okay good question. Singapore plays a fairly powerful role because it has influence. The audience in Singapore is also interesting, because it has the highest spending power. And I think for consumer brands, your business is nothing if you don’t have consumers, especially if you’re trying to grow.

What we do now at the label has cultural and social undertones. Singapore is interesting in that sense, because it actually has a sizable audience that is highly educated, well-travelled, well-exposed and actually quite open minded. It’s such a young country, with such a young population. We get the chance to unlearn things and introduce new things.

Ong Shunmugam
Azimin Saini
Editor
Azimin Saini is the Editor of Lifestyle Asia and manages the team in Singapore. He has been told the sound of his backspace is like thunder through the clouds. On a regular day, he has enough caffeine in him to power a small car.
Restaurant Review Chef Interview Entrepreneurs