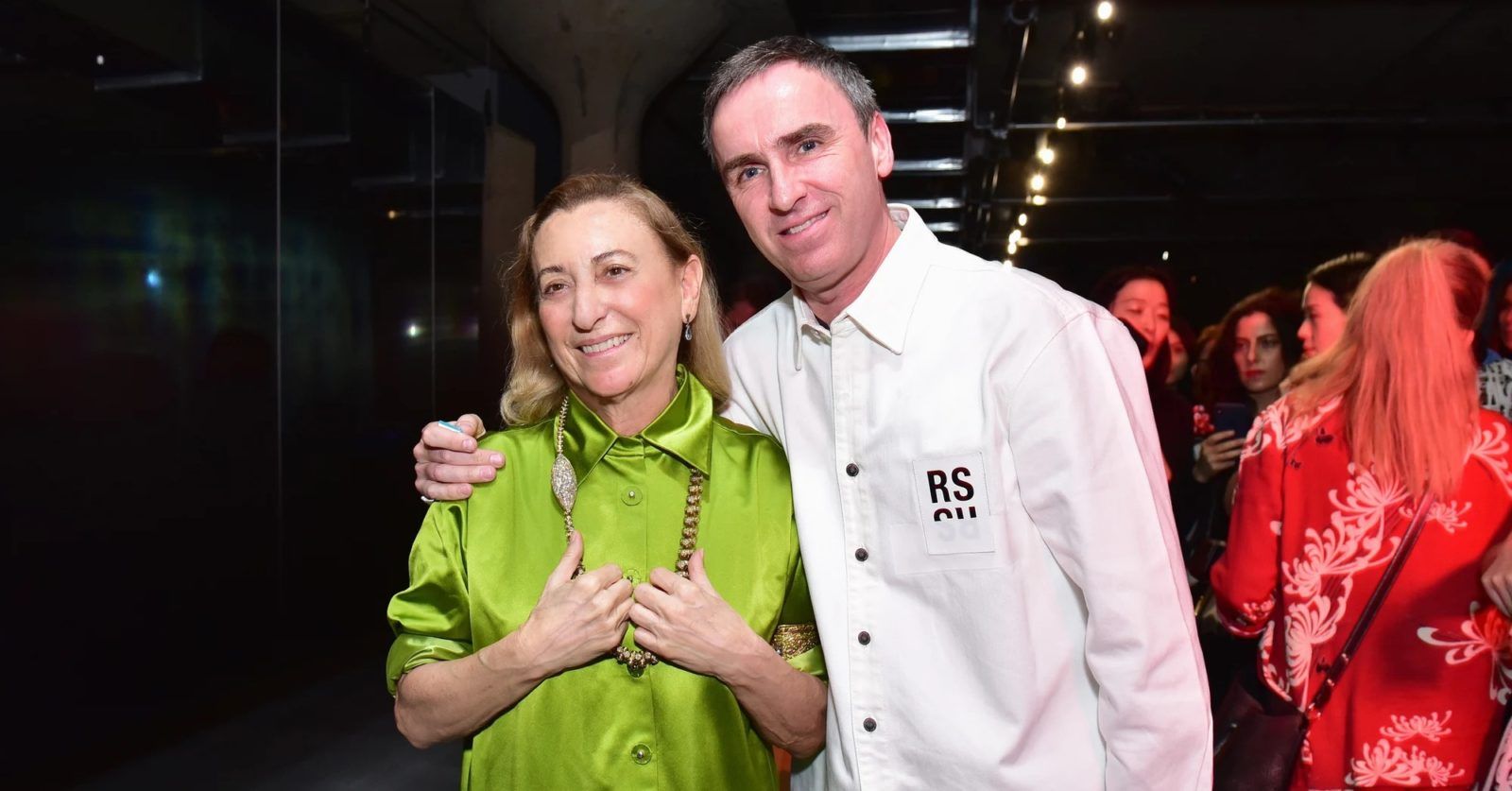 Here’s one way to end Milan Fashion Week: Prada announced today that Raf Simons will be joining the Italian brand as Co-Creative Director alongside Miuccia Prada. The Belgian designer will show his first collection for Prada this September for the Spring/Summer 2021 season at Milan Fashion Week.

Earlier this year, there had been rumours amongst fashion insiders that Raf was headed to Prada. It was likely, given that both designers have always had a mutual respect and admiration for each other’s work. In an interview that the pair did together in 2016, they even considered taking over each other’s brands for a season. “For me, I would be excited if Miuccia would do the Raf Simons brand for a season, and then I would do a season for Marc Jacobs in New York, and Marc would do Prada,” shared Raf.

Raf Simons currently also helms his namesake menswear label, which has found fans in the likes A$AP Rocky and Frank Ocean. Previously, he had served a two-year stint as Creative Director of Calvin Klein. Despite acclaim from critics, Raf’s concept-driven designs were not driving sales at the American brand, leading to his resignation in late 2018. Before Calvin Klein, Raf had also served as creative director at Jil Sander and Dior; his time at the latter was the focus of the 2014 fashion documentary, Dior & I.

Hopefully, Raf’s new role at Prada works out a lot better than his most recent attempt at helming another brand other than his own. Raf, after all, is a natural fit for Prada; both Miuccia and him have been regarded as intellectual designers for their innovative, fashion-forward collections. The key difference is that Raf brings a strong youth influence to his, while Miuccia is constantly exploring the complexities of femininity in her designs for Prada and Miu Miu.

One thing we know for sure? Raf wouldn’t want us to cause so much hoo-ha over his latest move, as so often happens in the fashion industry. In the aforementioned interview, the Belgian designer said, “When people go into a new position or leave a position there is so much spectacle; the system pumps it up, and very often the brand pumps it up, too. I’ve always thought, ‘Just give me a little bit of time’.” For now, he has until September.

Prada Raf Simons
You might also like ...
Style
How Victoria Beckham is filling the void Céline left behind
Style
How Gucci turned the traditional runway show on its head
Pameyla Cambe
Senior Writer
Pameyla Cambe is a fashion and jewellery writer who believes that style and substance shouldn't be mutually exclusive. She makes sense of the world through Gothic novels, horror films and music. Lots of music.
Fashion Style Jewellery
Sign up for our newsletters to have the latest stories delivered straight to your inbox every week.