10 best fashion moments of the week: How Rihanna, Kaia Gerber, and more wrapped up fashion month

Style
10 best fashion moments of the week: How Rihanna, Kaia Gerber, and more wrapped up fashion month
Share this article
Next article

As the hectic fashion month finally came to an end last week, relief was internally exhaled — even if many wouldn’t like to admit that out loud. Industry insiders could finally take a breather, models could sit back and take time off from catwalks, while designers took their bows and went back to their respective ateliers to churn out next season’s lineup.

But for some, the closure of Spring 2018 fashion month marked the beginning of their wardrobe rebirth. Rihanna, for instance, test drove Saint Laurent’s Insta-famous yeti booties — becoming the first (of the guaranteed more to come) to wear them fresh off their runway appearance. Elsewhere, Solange Knowles hosted Surface Magazine’s award bash in Shayne Oliver’s Kirakira-perfect Helmut Lang dress in metallic orange. Transgender model Teddy Quinlivan also took her Maison Margiela in-flight essentials from her runway look into a CGI-polished plane ride as her cheeky goodbye to fashion month on Instagram.

Meanwhile, creatives and maisons are moving on to their next steps. Yesterday, Louis Vuitton announced its new brand ambassador, Emma Stone, by dressing the actress for her Battle of the Sexes movie premiere. Designer Riccardo Tisci, who just exited Givenchy, dropped hints about his next creative project with sportswear giant Nike.

From supermodel Cindy Crawford’s homage to the late Hervé Leger to daughter Kaia Gerber’s tribute to Alexander Wang, here are the best ‘Grams you might have missed. 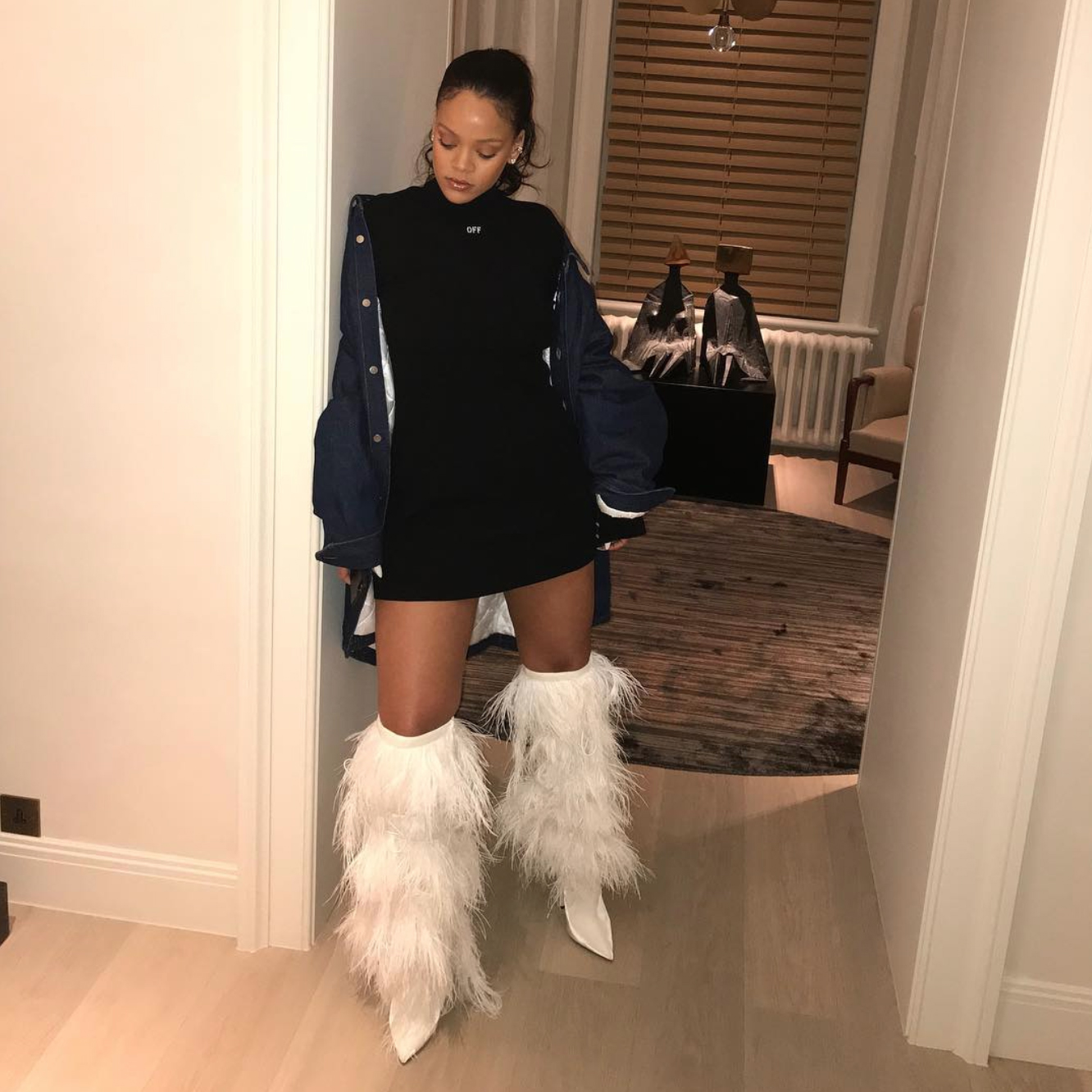 Who else but Rihanna would have the A-lister privilege to wear Saint Laurent’s yeti boots — which just made their runway debut less than a fortnight ago? 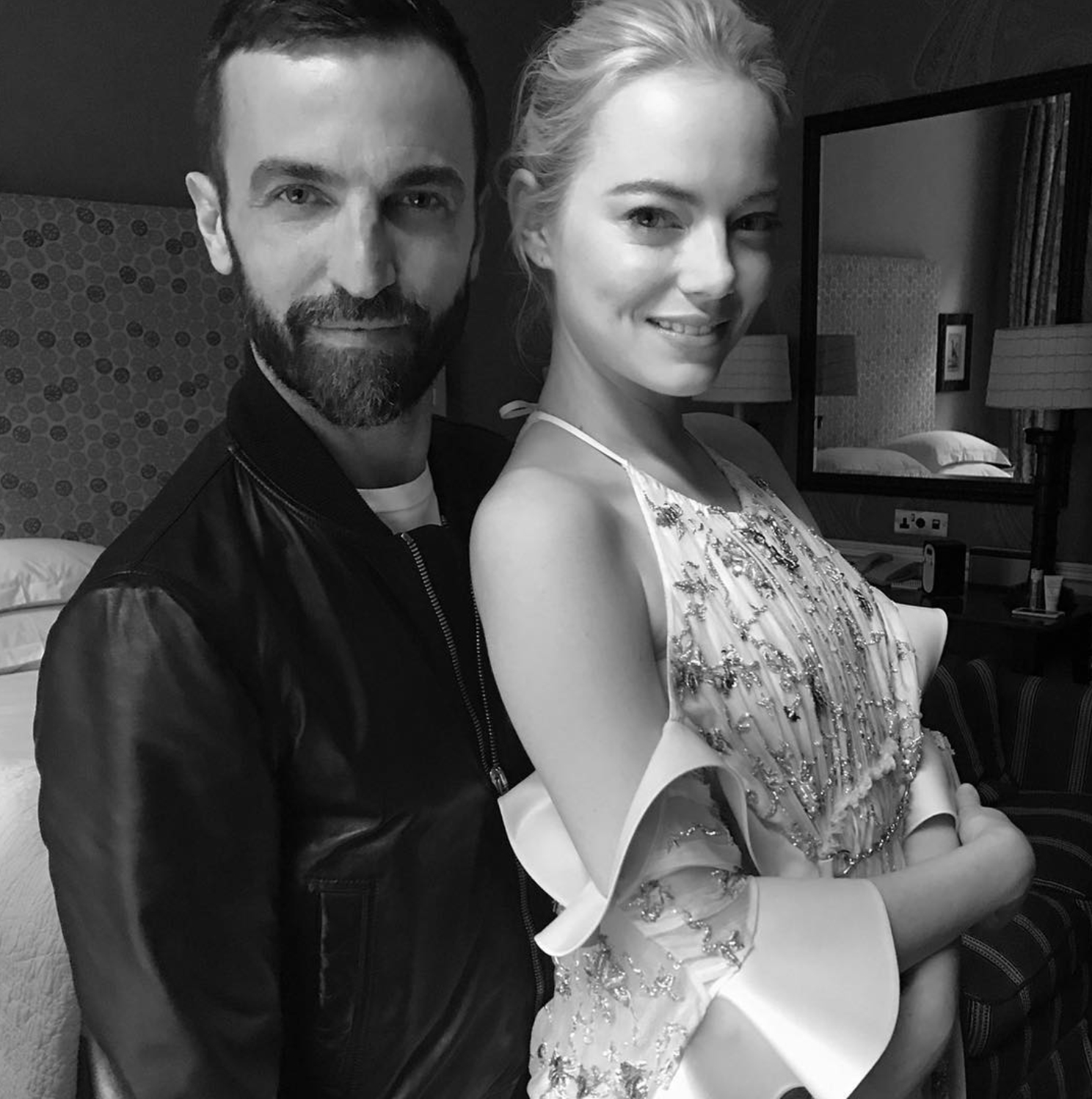 Emma Stone is officially the face of Louis Vuitton, the French house announced yesterday. To commemorate it, Nicolas Ghesquiére dressed the actress in his Spring 2018 past-meets-present gown for her Battle of the Sexes movie premiere.

“Louis Vuitton is delighted to announce Emma Stone as the latest ambassador for the Maison. A muse and friend of Louis Vuitton Women’s Artistic Director @NicolasGhesquiere, Emma prepares to walk the red carpet for her latest movie #BattleoftheSexes in a #LVSS18 gown.” “Very rare night out for ya girl hosting @surfacemag awards” 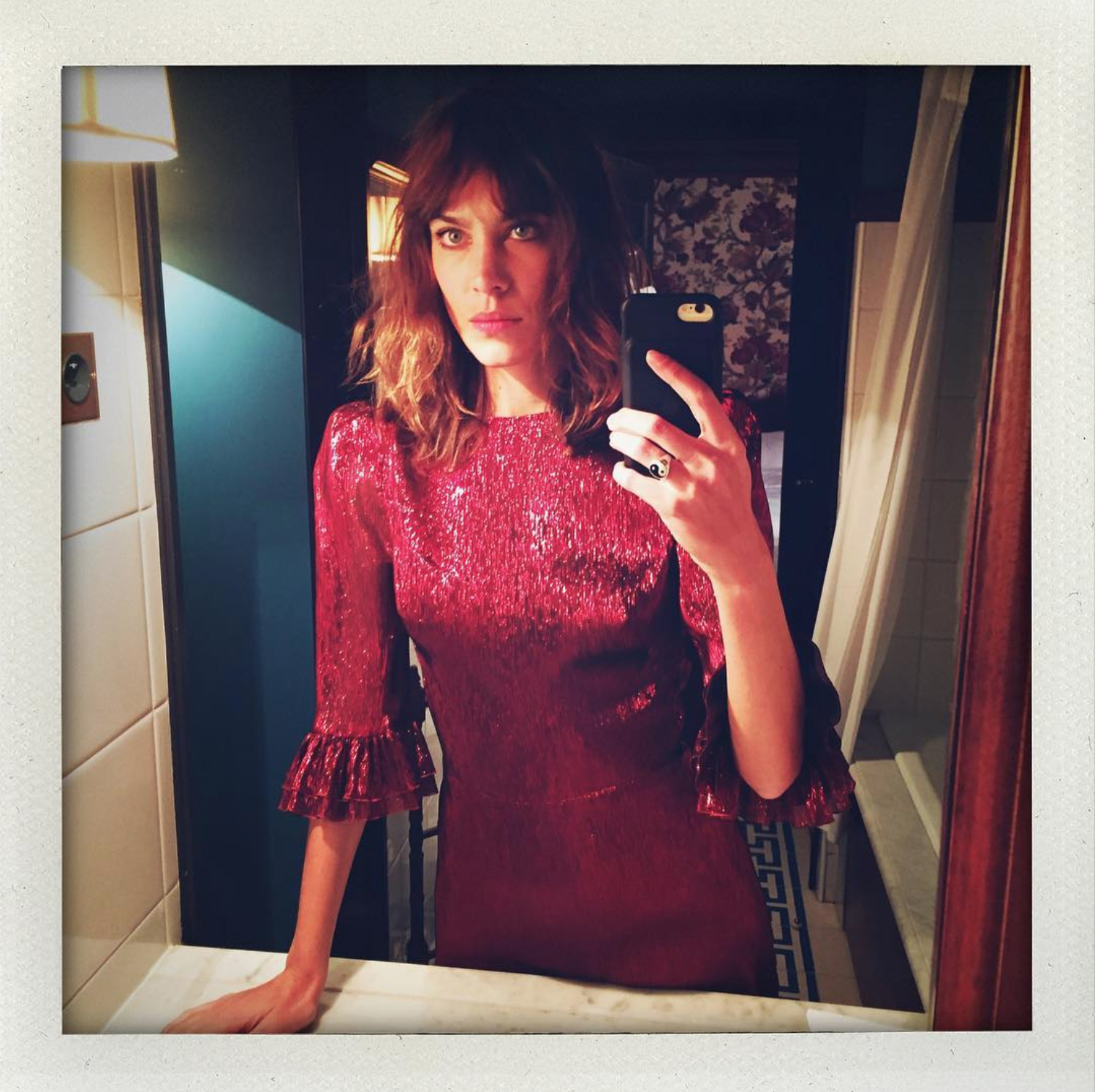 Alexa Chung wrapped up her Paris Fashion Week on a crimson note.

“Saying au revoir to Paris dressed in ???????? @thevampireswife to watch The Vampire. Xx” 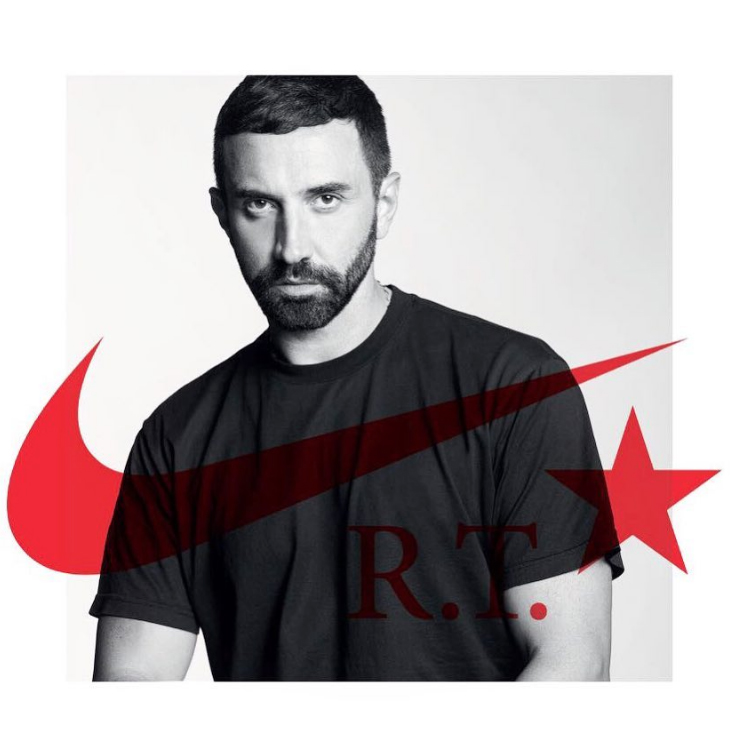 Dropping hints on his Instagram, Riccardo Tisci is back at it again with another Nike sneaker collaboration. Stay tuned for more details. 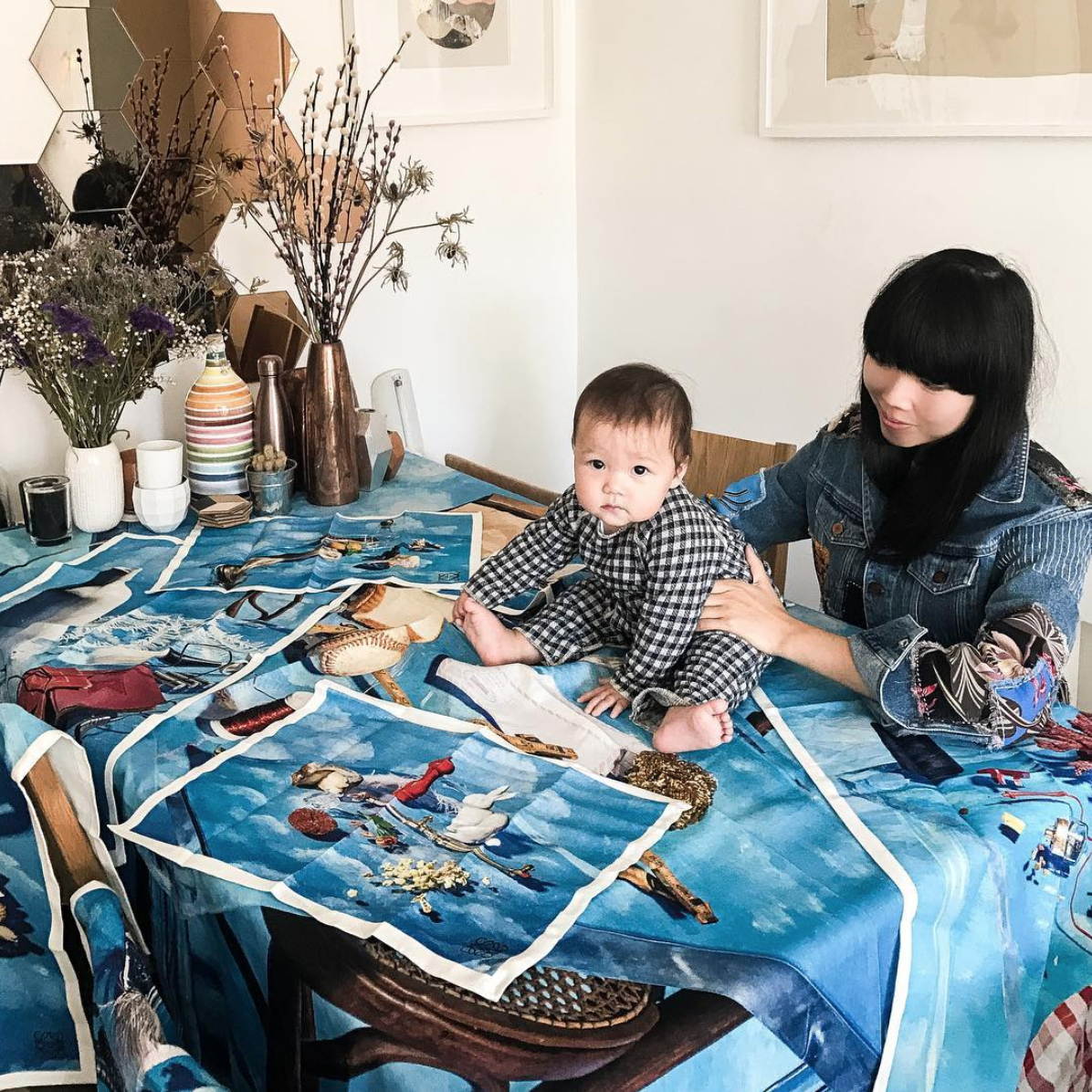 Post-Fashion Month migration, Susie Lau goes back to being the excellent homemaker that she is, throwing on Loewe’s limited edition linen set on her wicker table that doubles as baby Nico’s play mat, apparently. 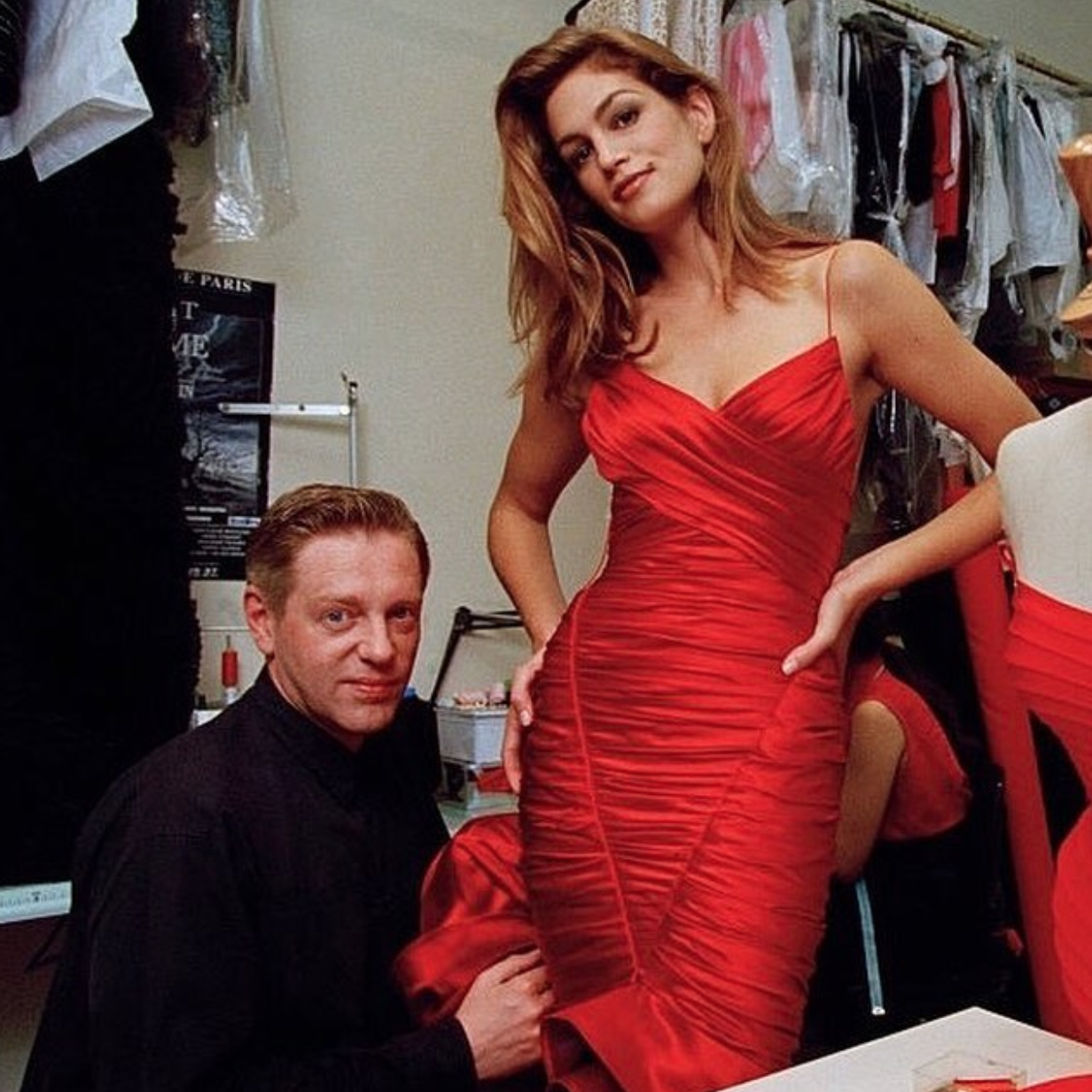 Cindy Crawford paid tribute to late designer Herve Leger — who died at 60 on Saturday, 6 October — with an apt throwback picture of her in his emblematic wrap dress.

“Remembering the man who created the bandage dress, which held you in in all the right places. Rip #HerveLeger❤️” 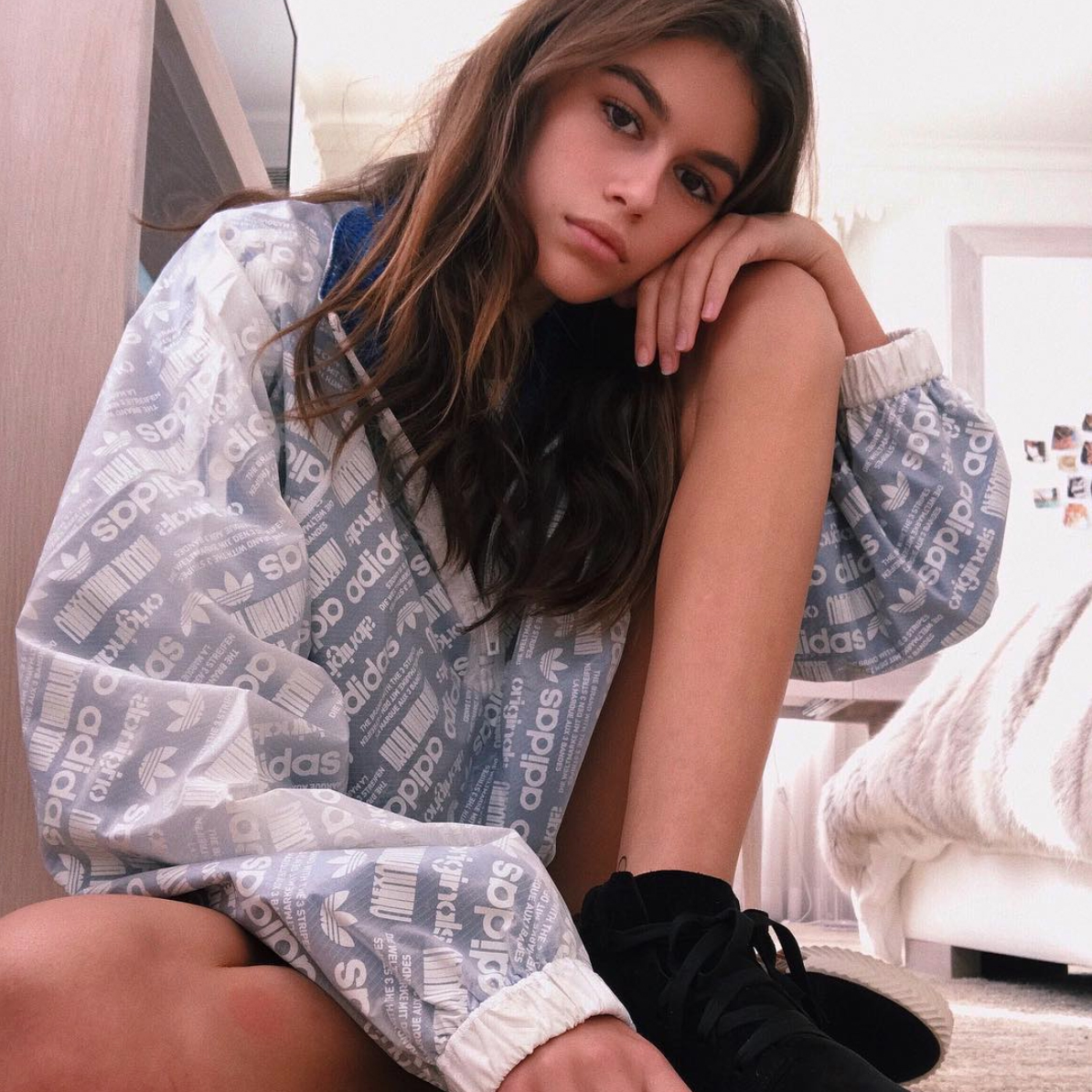 While daughter Kaia Gerber paid hers to Alexander Wang, one of the designers who had her open his show this season. 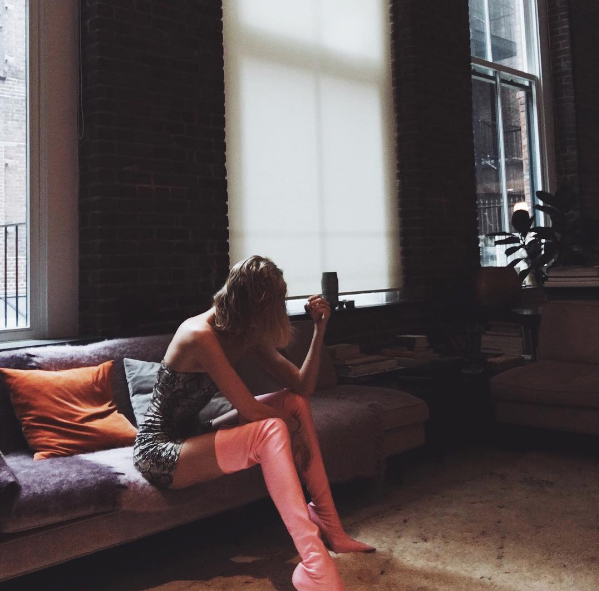 Elsa Hosk flew back to her New York home — but that doesn’t mean she’s leaving her Fashion Week-ready style behind. Teddy Quinlivan brought and wore her Maison Margiela travel merch on her flight back.

“Thank you to everyone who made this fashion month so amazing! Now I have to catch my flight home ✌????✈️”