A look at Sergio Rossi’s iconic shoes, from the Opanca sandals to his Versace pumps 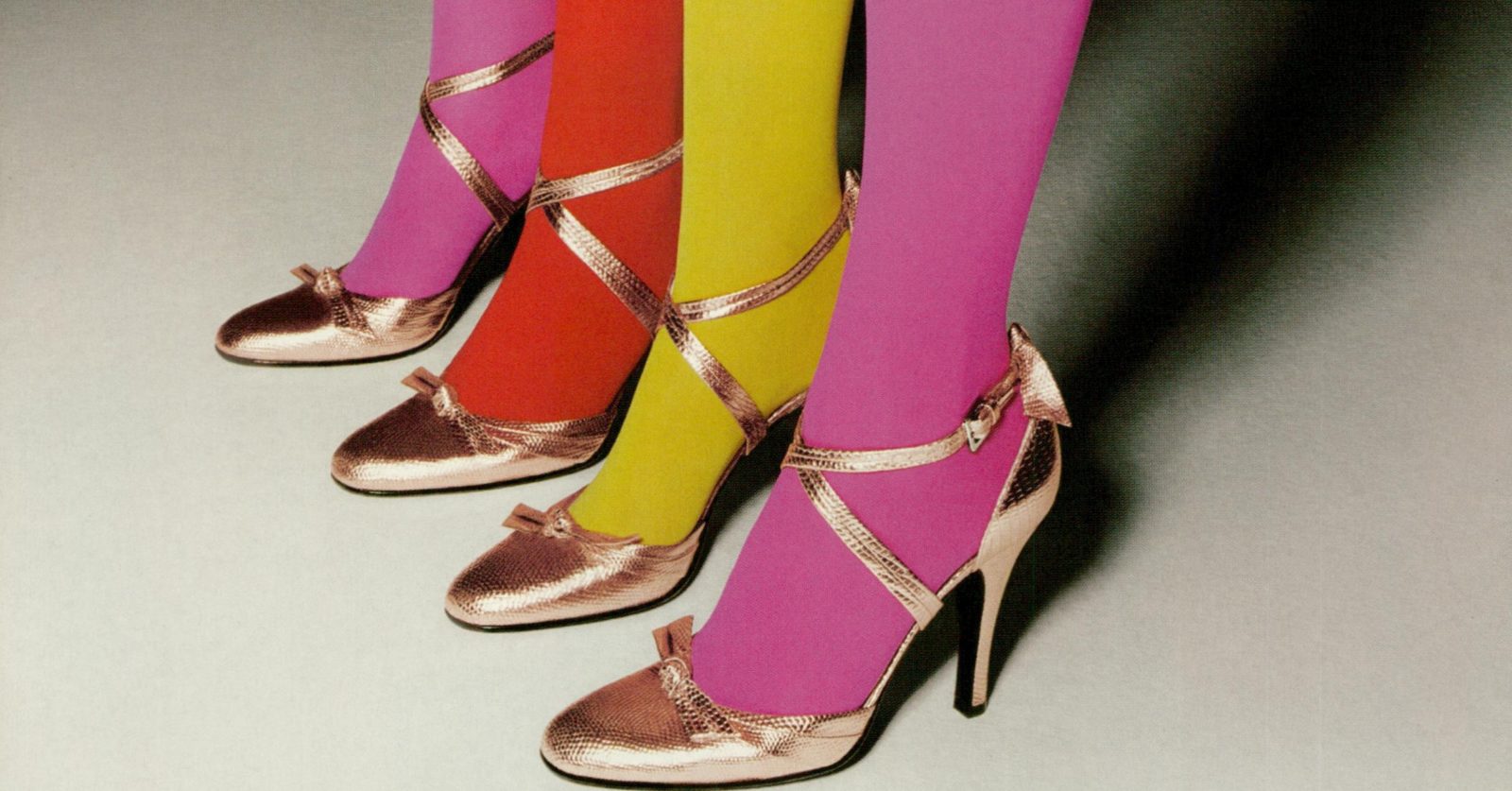 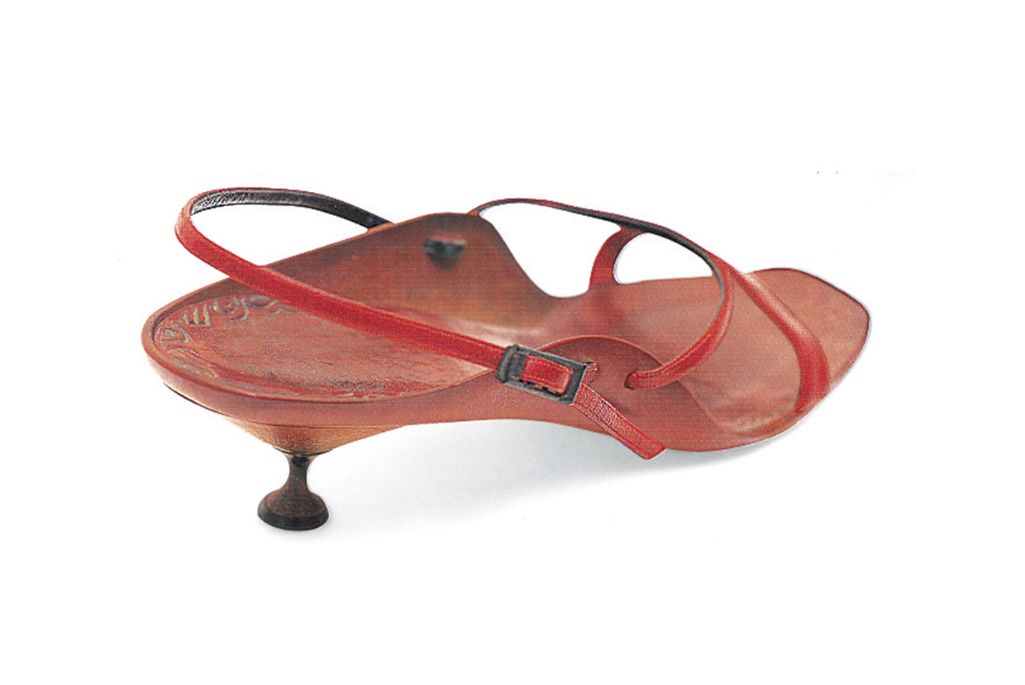 One of Sergio Rossi’s earliest signatures was the Opanca. The Slavic-inspired sandal debuted in 1966, featuring a striking curved sole that blended with the foot — a detail that nodded to Rossi’s design philosophy. The strappy, kitten-heeled shoes became popular with tourists that spent their summers at the beaches of Rimini, and would later be reinterpreted by Rossi’s son, Gianvito. Stepping up from the kitten heels of the Opanca was the Godiva pump, a shoe that best represented the women Rossi designed for. That is, empowered and formidable, as the models in his brand’s campaigns from the 1990s often appeared. The towering, leather-soled pumps became a glamorous fixture of the red carpet, and are now offered in various heel lengths, open-toe variations, and colours. 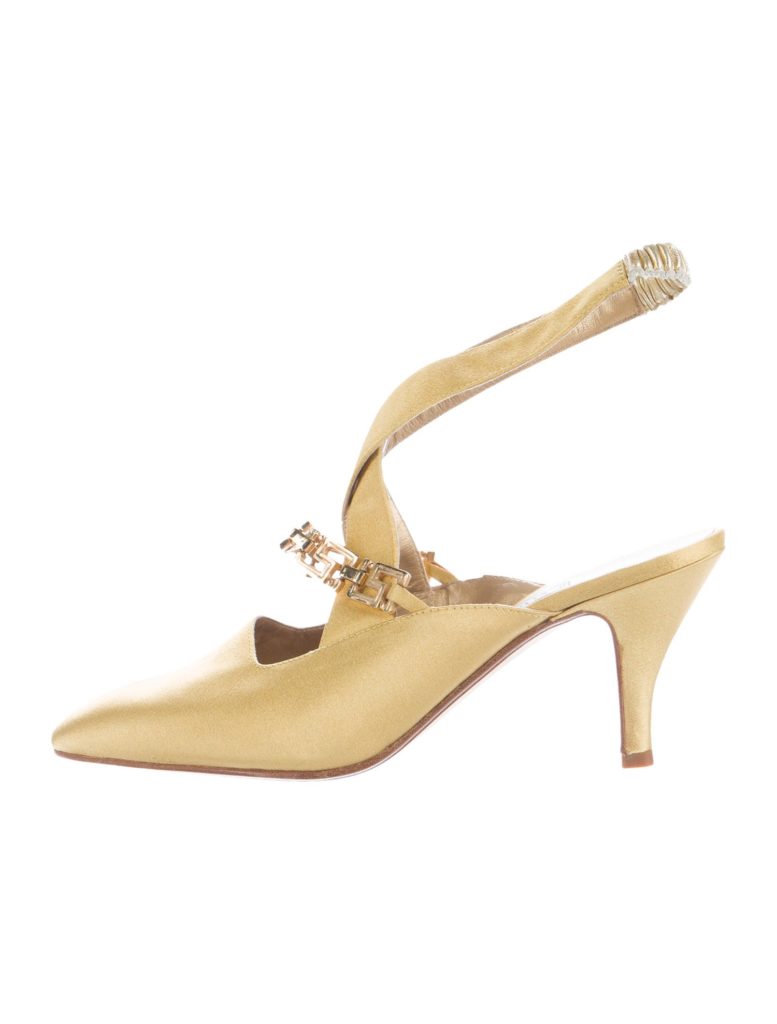 In the 1970s, Gianni Versace approached Sergio Rossi for a collaboration — one that would catapult the latter’s name to the forefront of Milanese fashion. Rossi helped realise Versace’s glamorous vision of women by designing shoes for his high-octane fashion shows, which starred the likes of Naomi Campbell, Christy Turlington and Linda Evangelista. One such shoe was this one, a satin pointed-toe pump trimmed with chain links that is every bit covetable now, if the fact that it’s sold out on TheRealReal is any indication. 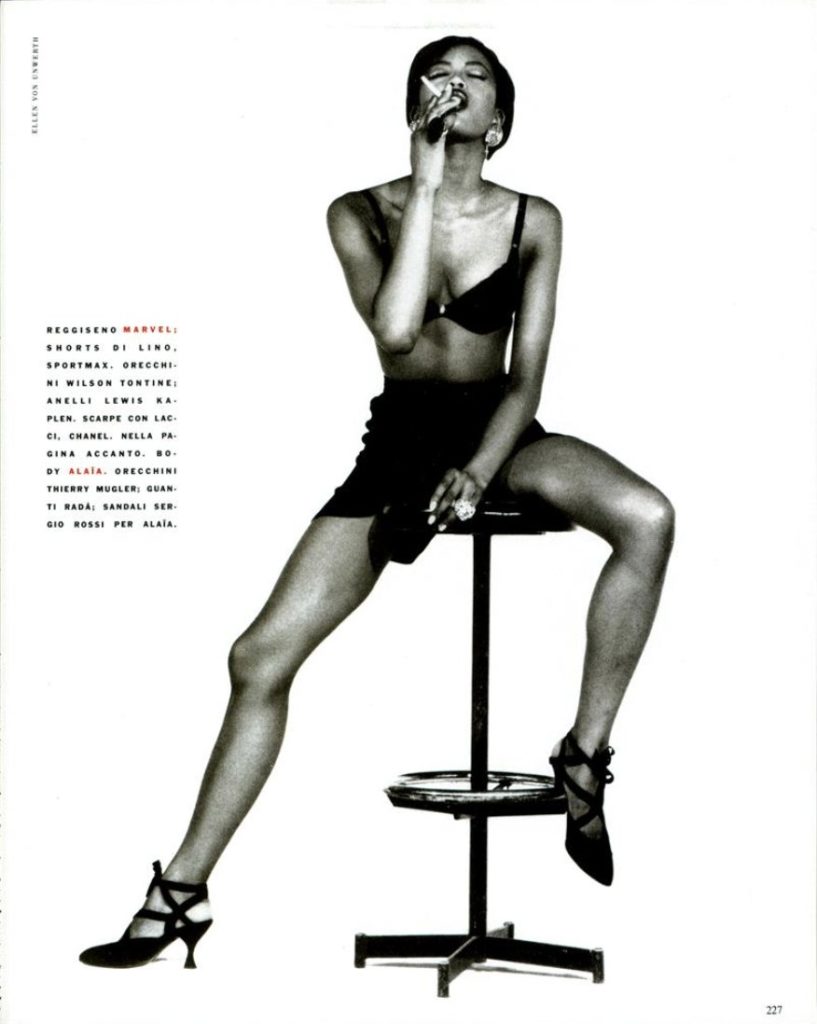 Rossi also frequently partnered with Azzedine Alaïa, bringing his shoe designs to the Tunisian-born couturier’s catwalks in Paris. Like the one he shared with Versace, the collaboration was a long and fruitful one that saw Rossi’s spindly creations dominate the runways in the 1980s and the 1990s. Here, Alaïa’s muse Naomi Campbell shows off a pair in an editorial shot by Ellen von Unwerth for Vogue Italia’s April 1990 issue. 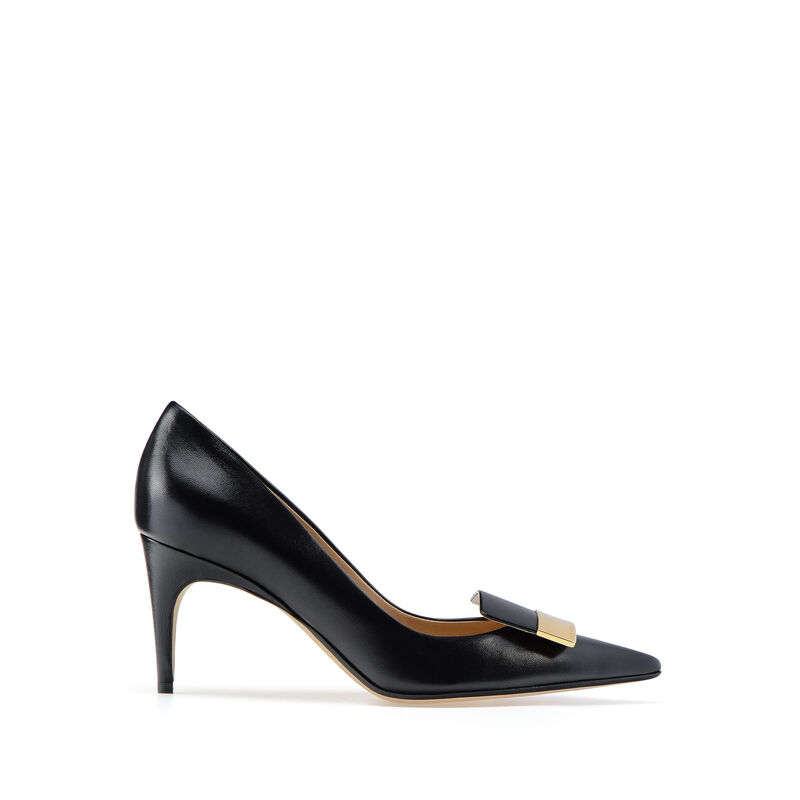 Following its acquisition by Investindustrial, Sergio Rossi left his brand in 2015. In his wake, the label, helmed by Sciutto, launched the SR1 collection, a range of daywear shoes that drew heavily from Rossi’s classic designs. One such example is this SR1 pump, which resembles a pair of Rossi heels from the 1980s. 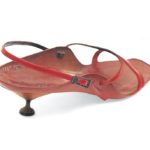 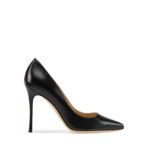 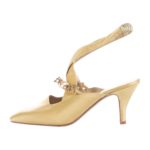 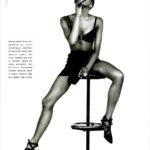 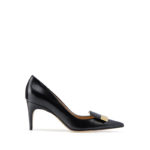 Style
A look at Sergio Rossi’s iconic shoes, from the Opanca sandals to his Versace pumps
Share this article
Next article

At 84, Sergio Rossi had amassed a legacy that few in the world can lay claim to.

The Italian shoe designer, who passed on 2 April due to coronavirus, was one of the greatest in his craft, ranked alongside the likes of Christian Louboutin and Manolo Blahnik. Rossi was known for his ability to “to capture a woman’s femininity in a unique way, creating the perfect extension of a woman’s leg through his shoes,” as Riccardo Sciutto, CEO of Rossi’s namesake brand, said in a statement.

Sergio Rossi grew up in San Mauro Pascoli, a small village in Italy where he picked up his father’s shoemaking trade. A skilled cobbler by the age of 14, Rossi took over his father’s bespoke business in 1956, creating handmade shoes to sell along the Italian Riviera. In 1968, he founded the eponymous luxury brand that would make him a household name beyond Italy.

As a shoe designer, Rossi was meticulous: every pair famously took no less than 120 different stages and 14 hours to create. That desire for perfection stemmed from his view that shoes weren’t merely an accessory, but a part of a woman’s body. He made everything from sandals to stilettos accordingly, and the elegance of his designs naturally spoke to women, including famous ones like Rihanna, Ariana Grande and Beyoncé.

Rossi was also a collaborative spirit. Decades before brands teamed up with one another for one-off capsule collections, the Italian shoemaker was designing for the likes of Gianni Versace, Azzedine Alaïa and the now-disgraced duo, Dolce & Gabbana. These high-profile collaborations soon helped his brand take off, relying solely on Rossi’s mastery and creativity.

Prior to losing his own battle against the virus, Rossi aided in fashion’s fight against the COVID-19 pandemic by donating €100,000 (S$155,005.68) to a hospital in Milan. While Rossi now counts as another fashion legend that has left us, his legacy, which inspired his son Gianvito Rossi to start his own luxury shoe label, will live on. According to Sciutto, there are plans to build a museum dedicated to the late designer’s oeuvre in his hometown, featuring over 6,000 archival pieces.

Ahead of the museum’s launch, we take a look at some of the iconic designs that Sergio Rossi will be remembered for.

Sergio Rossi
You might also like ...
Style
How Cristóbal Balenciaga revolutionised the female silhouette
Beauty & Grooming
How Chanel No 5 remains the world’s most popular perfume 100 years on
Pameyla Cambe
Senior Writer
Pameyla Cambe is a fashion and jewellery writer who believes that style and substance shouldn't be mutually exclusive. She makes sense of the world through Gothic novels, horror films and music. Lots of music.

Culture
Paris’ Louvre museum to reopen July 6 after virus closure
Style
7 bags that will add a dose of good vibes to your summer wardrobe
Living
Will gyms in Singapore emerge from the COVID-19 pandemic stronger than ever?
Food & Drink
Local industry veterans band to form the Singapore Cocktail Bars Association
Style
This Madras-born fashion label is reclaiming Madras Checks, taking it to New York and beyond
Food & Drink
A sommelier shares top tips for learning how to taste wines
Culture
You can now take a virtual tour of the Asian Civilisations Museum
Food & Drink
Celebrate Father’s Day 2020 with these delectable menus in the comfort of your home
Living
Run for a good cause with ASICS’ Global Running Day Virtual Run 2020