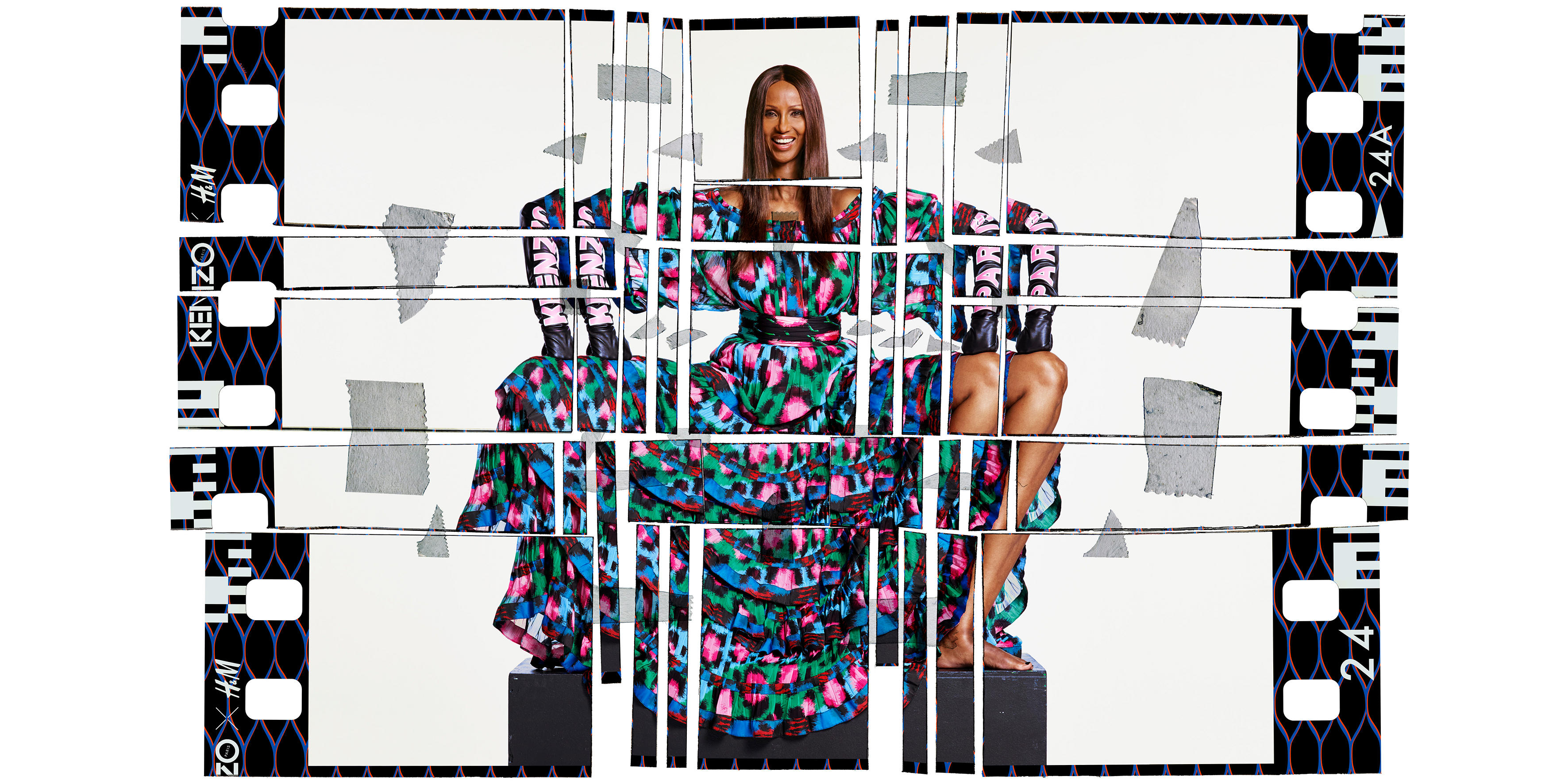 Since H&M’s announcement of its collaboration with Kenzo in May, the high-street fashion retailer has kept mum about it. Now, it has finally released three campaign images of its ambassadors clad in Kenzo x H&M pieces – what a tease!

The campaign stars include supermodel Iman, Vietnamese rapper Suboi (who did her thing in front of US President Barack Obama in May), and Chance The Rapper. The full Kenzo x H&M campaign will make its official debut on 17 October 2016, with a diverse cast comprising composer Ryuichi Sakamoto, environmental activist Xiuhtezcatl Martinez, and actresses Rosario Dawson and Chloë Sevigny.

Shot and directed by Jean-Paul Goude (who shot Kim Kardashian’s Paper magazine cover, which broke the internet), the images follow his signature hand-made, cut-up style. Here’s another hint: the sliced-up and reassembling of prints are his way of expressing the energy and dynamic character of the collection.

“Working with H&M and Carol and Humberto on the Kenzo x H&M campaign is a real adventure. I love the attitude that they have brought to the collection, and their youth, energy, fun and style,” says Jean-Paul Goude.