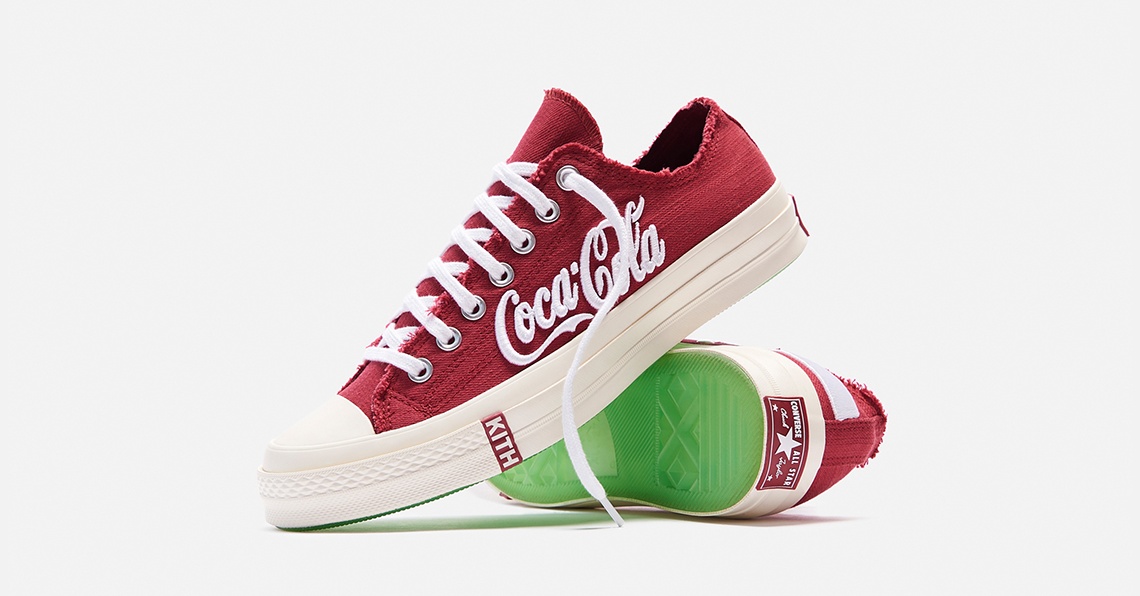 If this week could be summed up by a single sneaker, it would be the Nike Air Jordan 1s.

No, not the Dior Men pair that are now being resold at US$10,000 (S$13,726) each, but the silver ones that were released exclusively in Japan at the turn of the century.

You might also like…
Style
Here’s how Travis Scott became the most influential celebrity in the sneaker world
Style
Gucci, Fendi and more new fashion launches in Singapore this August

Dubbed the Air Jordan 1 High CO.JP “Tokyo”, the 2001 sneakers got a worldwide re-launch just this week, but they’ve already sold out. So have a newer, more stylish pair of Air Jordan 1s, this time made for the ladies with satin and faux snakeskin.

But fret not: there are always more kicks in the sneaker sea. This week’s tide has brought us Sean Wotherspoon’s colourful, mismatched ASICS sneakers, an eSports-inspired pair of Adidas Superstars, and a look at Kanye West’s very ambitious new Yeezys. Oh, and a credible leak of the follow-up to Prada’s Adidas collaboration.

Read on below for first looks and first dibs on the latest sneaker releases this week. 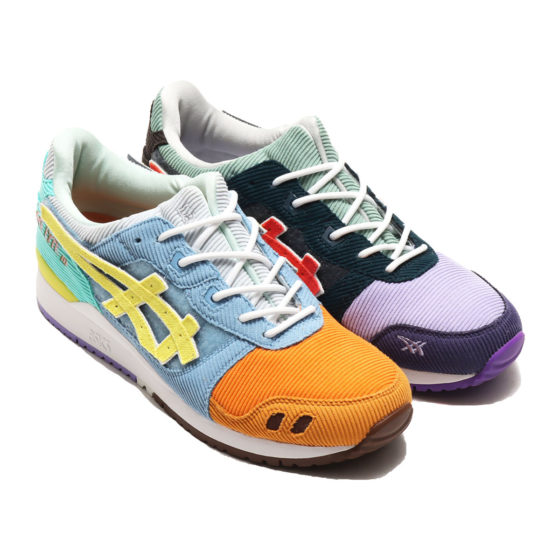 Earlier this year, streetwear designer Sean Wotherspoon joined forces with Japanese retailer atmos and ASICS to interpret the latter’s fan-favourite Gel-Lyte III shoes. The mismatched pair, which includes a brightly-coloured right shoe (courtesy of Wotherspoon) and a darker left shoe (atmos), was first released exclusively in Japan last June. Now, the limited-edition shoes have launched in Singapore. You can get your hands on the ASICS x atmos x Sean Wotherspoon Gel-Lyte III OG sneakers at Dover Street Market Singapore, as well as Limited Edt stores at 313 and Wisma Atria. 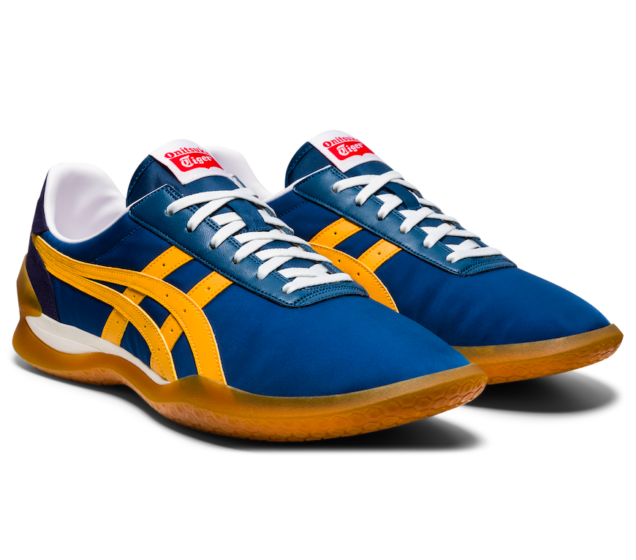 Onitsuka Tiger’s first Ohbori shoes were worn by Olympic gold medalists in the 1970s. But now that we don’t only wear runners for marathons, the Japanese brand has updated the shoes for everyday use in the form of the Ohbori Ex sneakers. It comes with improved cushioning, a lighter midsole made of fuzeGEL™ foam, and in three colourways: black/white, blue/yellow and yellow/black. 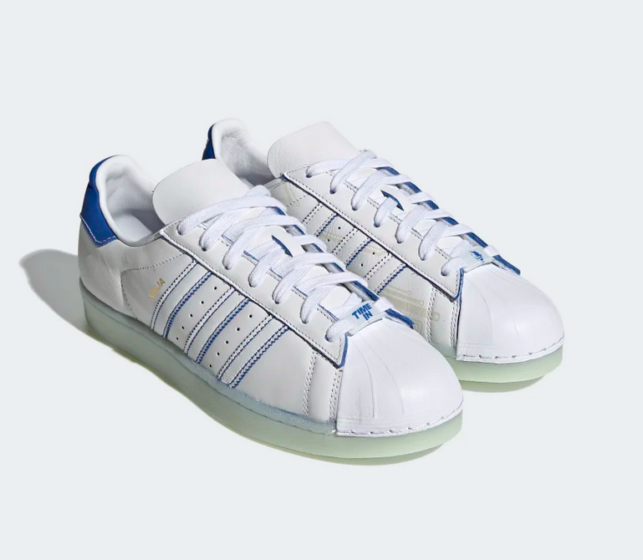 After proving his profitability with his sold out Nite Joggers last year, eSports pro gamer Tyler Blevins, AKA Ninja, has now added another pair of sneakers to his Adidas partnership: the iconic Superstar shoes. The Three Stripes classic has been reworked with translucent rubber soles, a blue heel tab and matching lining details all around. 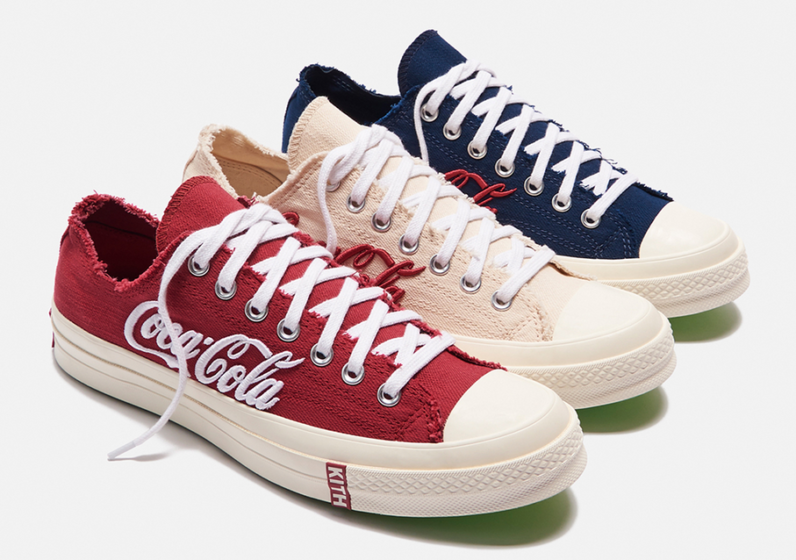 Streetwear label Kith has brought Coca Cola on board yet another Converse collab. In its fourth effort as a team, Kith and co. have taken on Converse’s Chuck 70 Low Top sneakers for the first time. The pair are now made with distressed denim and are embroidered with the prominent Coke logo. Available in Navy, Parchment, Red, the new Chucks will launch on 15 August. 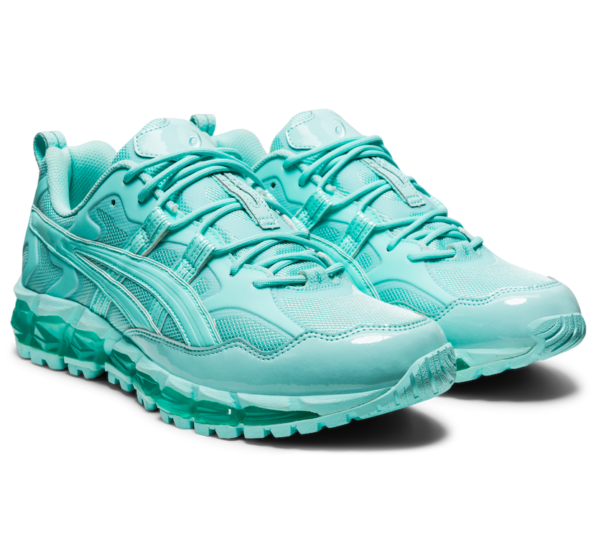 Berlin-based fashion label GmbH, now on its third collaboration with ASICS, has given the latter’s GEL-Nandi 360 yet another redesign. Unlike the questionable green and pink pair it unveiled last February, the new sneakers come with straightforward colour choices: “White” or “Skylight” (more accurately, turquoise). The monochromatic sneakers are made with a mesh base, patent leather stripes, and chunky, glossy midsoles. 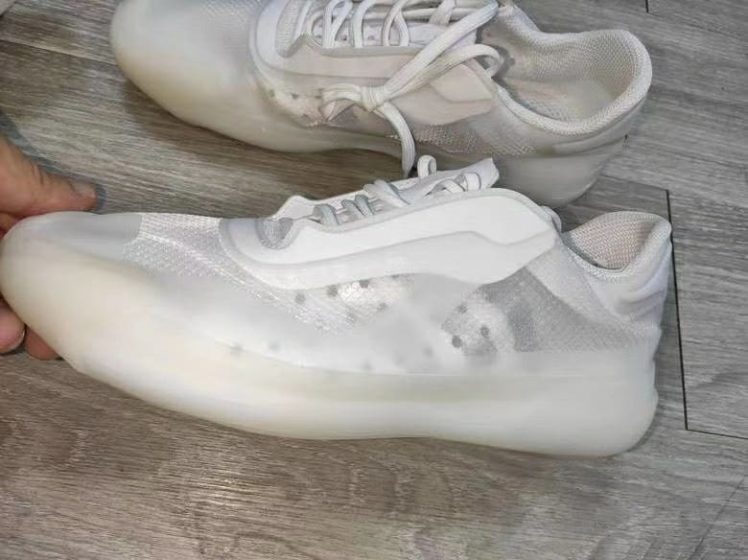 Following up from its super simple Superstar sneakers, the Prada x Adidas collaboration has yet another minimal pair in the works. Sneakerhead @wavegod_thelegend has (unofficially) previewed the upcoming all-white sneakers, which appear to be layered with a translucent upper and a matching, perforated sole. The only visible trace of Prada on them is a branded red line (or Prada Linea Rossa) that runs from the heel to the outsole. For official updates of the collab, sign up at Adidas’ website. 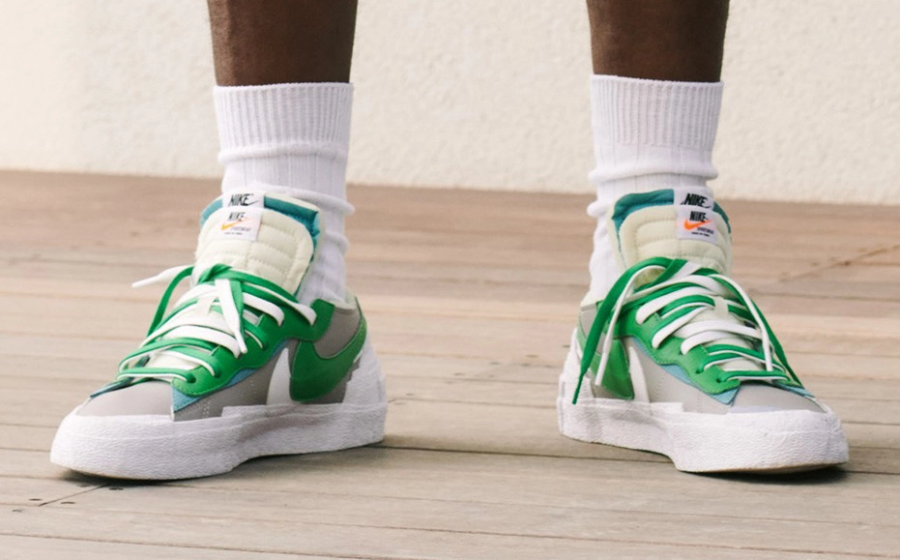 7
Sacai offers a glimpse of its latest Nike collab

Japanese fashion label Sacai has unveiled its Spring/Sumer 2021 men’s and women’s lookbooks, and with them its new range of Nike kicks. There are two key silhouettes: the Vapor Waffle, which was also a part of the brand’s last Nike collaboration, and the Blazer Low. Both feature Sacai’s signature double Swooshes and double tongues, and come in vibrant shades like purple, green and orange. The shoes are set to arrive closer to 2021, so you won’t find better pictures of them just yet. For now, Sacai’s S/S21 fashion film offers the best sneak peek. 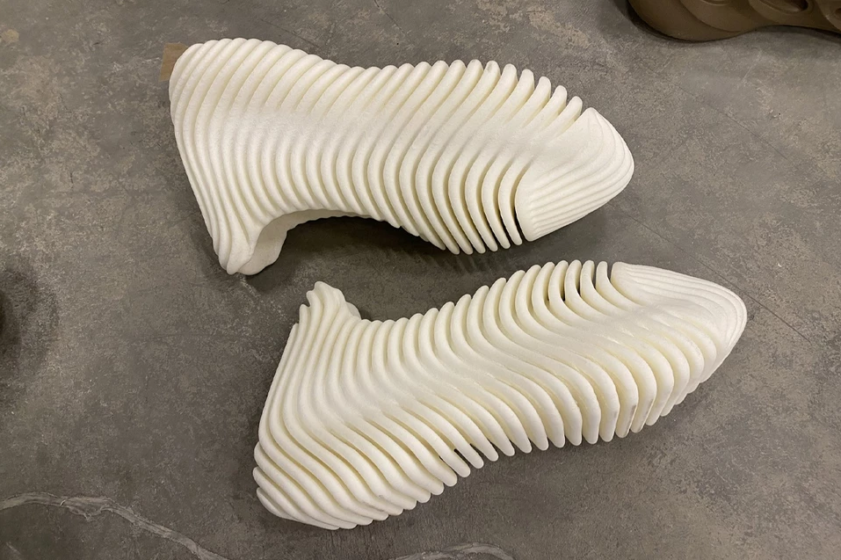 8
Kanye West outdoes himself with his new Yeezys

Besides defending his pal Virgil Abloh of yet another plagiarism accusation, Kanye West has recently taken to Twitter to reveal some unreleased Yeezy samples. It’s the Yeezy D. Rose sneakers that caught everyone’s attention, which looks like someone had turned Zaha Hadid’s spine-like Casa Atlântica tower into footwear. You may laugh at it now, but as the equally distinctive Yeezy Foam Runners have already shown us, Ye can sell pretty much anything.