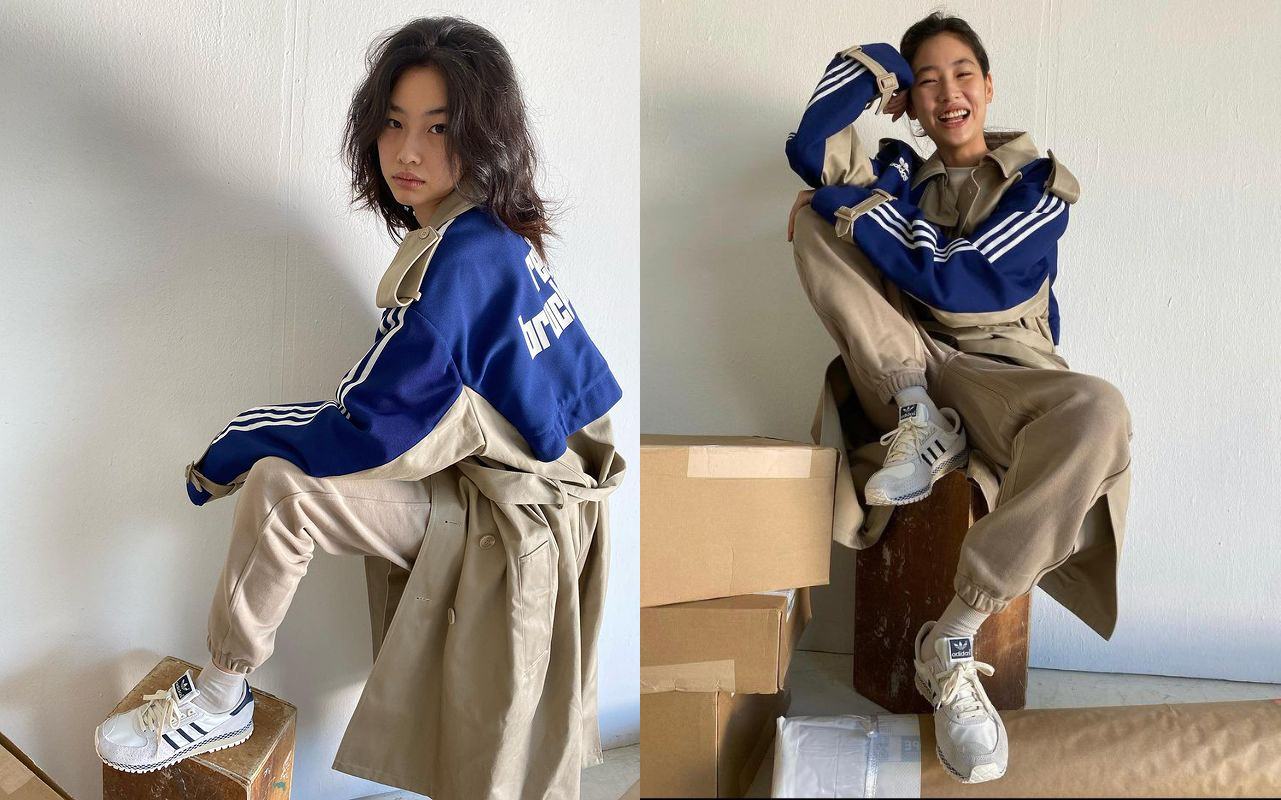 She may be an official Louis Vuitton girl now, but Squid Game star Jung Ho-Yeon has been a fan of Adidas for even longer.

From her days as a flame-haired model to her new life as an actress — and not just any actress, but the most followed one on Instagram in South Korea — Jung has filled her wardrobe with the German sportswear brand. She attended Paris Fashion Week in sporty jackets that could have easily been a part of her tracksuit look on the Netflix series that catapulted her to stardom, and you’ll be hard-pressed to find an #OOTD of hers that isn’t completed with a pair of Adidas sneakers.

You may also like…
Style
Squid Game star Jung Ho-yeon’s best Louis Vuitton moments, from 2016 to now
Style
Your complete guide to the Adidas Samba, the sneakers connecting football and fashion

It’s only fitting that Jung is an Adidas ambassador too, and most recently appeared in the brand’s Adicolor campaign. While her modelling shots are great, we’re more interested in how the Korean actress dresses herself like a ’90s icon (think Brad Pitt or Leo DiCaprio, both of whom have appeared on her Instagram feed) on her days off. It makes sense that she’s so drawn to shoes by Three Stripes, which were as much a staple of the era as the baggy jeans that Jung prefers.

Below, take some notes from Jung’s style on how to switch up your outfits with a pair of Adidas kicks.

Throw on a bold sweater

Having walked countless runway shows for Louis Vuitton, Hermes and more at Paris Fashion Week, Jung knows a thing or two about looking like a native of the French fashion capital. She easily flaunts her styling chops with this Celine ensemble, complete with the Tabou Bag (which is on our list of must-haves). She does, however, stay true to her style with her hiking-ready shoes, which boasts a jagged sole much like the Adidas SL 72.

Wear out your sneakers (literally)

Sneakers are every bit a practical staple for Jung Ho-Yeon, as she shows us with this beaten-up Adidas pair that she wears out in the snow. Forget about looking too put-together; a dirty pair of shoes has much more character to it anyway. For a similar, tri-colour stripe style, try the EQT Support ADV.

The preppy, back-to-school look that forms part of the trendy “Dark Academia” aesthetic has been everywhere on TikTok — and on Jung’s Instagram. Instead of looking too serious, however, the actress adds a casual tone to her outfit with a pair of baggy jeans and Prada x Adidas Superstar sneakers.

If you’re feeling fun, why not go beyond the classic white sneaker? Jung’s answer to switching it up involves this pastel blue pair that adds a bright pop of colour to her navy ensemble of a sweater and flare jeans. You can achieve the same look with the Adidas Campus 80S W.