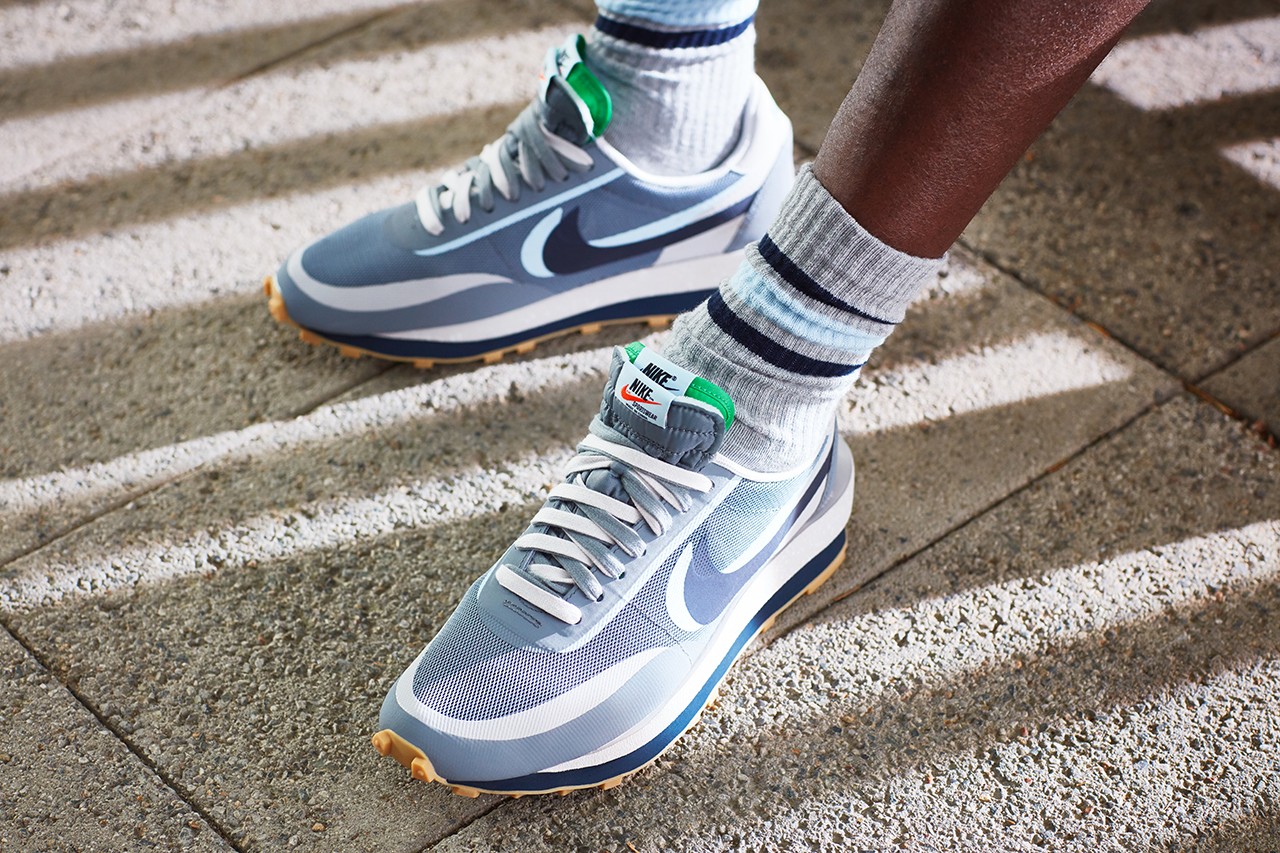 Style
Where to get the CLOT x sacai x Nike LDWaffle “K.O.D. 2” on 9 October, and more
Share this article
Next article

Could there be a bigger perk-me-up than a brand new pair of sneakers?

We think not, especially during gloomy times like these. This week, the sneaker scene is as buzzy as ever, with a few big drops slated to happen. If you’re a fan of Nike’s LDWaffle, the good news is that you’ll get not one, but three variations this week, two of which will be familiar faces. The last one is none other than the highly anticipated CLOT x sacai’s new Nike LDWaffle “K.O.D. 2”.

Adidas isn’t about to let its biggest rival get all the attention though; besides a collab with a childhood favourite, expect Pharrell to show up with another iteration of a brand new silhouette. Then there’s New Balance, fresh from its Aime Leon Dore raffle last week to offer yet another collaboration with one of streetwear’s biggest names now.

Below, five sneakers we’ve got our eyes on this week.

If you missed your chance to cop a pair at previous drops, here’s another shot. Dover Street Market Singapore will be doing an online raffle of the three-way sneakers in both colourways this week.

Combining both design elements of the Nike LDV and Waffle Racer, as well as Sacai’s signature aesthetics and Hiroshi Fujiwara’s streetwear savviness, the sneakers feature a grey or blue mesh upper with double-stacked tonal suede overlays along the forefoot, heel, and eyestay. As always, everything is doubled up here, so expect two Swooshes, set of laces, and tongues. The latter will house both the Nike and Fragment woven tags. The sides feature printed text while beneath it lies a waffle-traction rubber outsole. 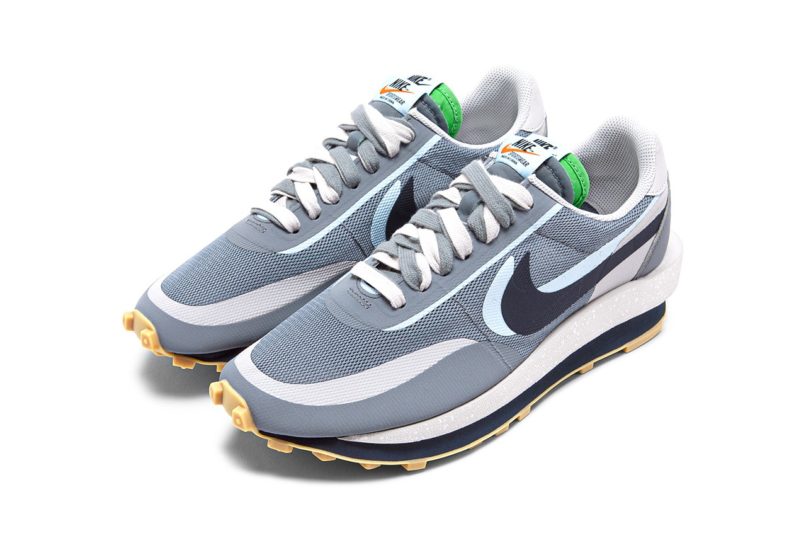 For those who can’t get enough of this style, CLOT and Sacai’s back again with its second iteration, this time shedding its striking orange skin for an  “Obsidian Grey” and navy one instead.

Inspired by an archival colourway derived from 2013’s “K.O.D.”, this collaborative LDWaffle features a see-through upper, a speckled midsole, and a reflective Swoosh. For the full look, pick up a couple of pieces from the accompanying unisex apparel collection too. 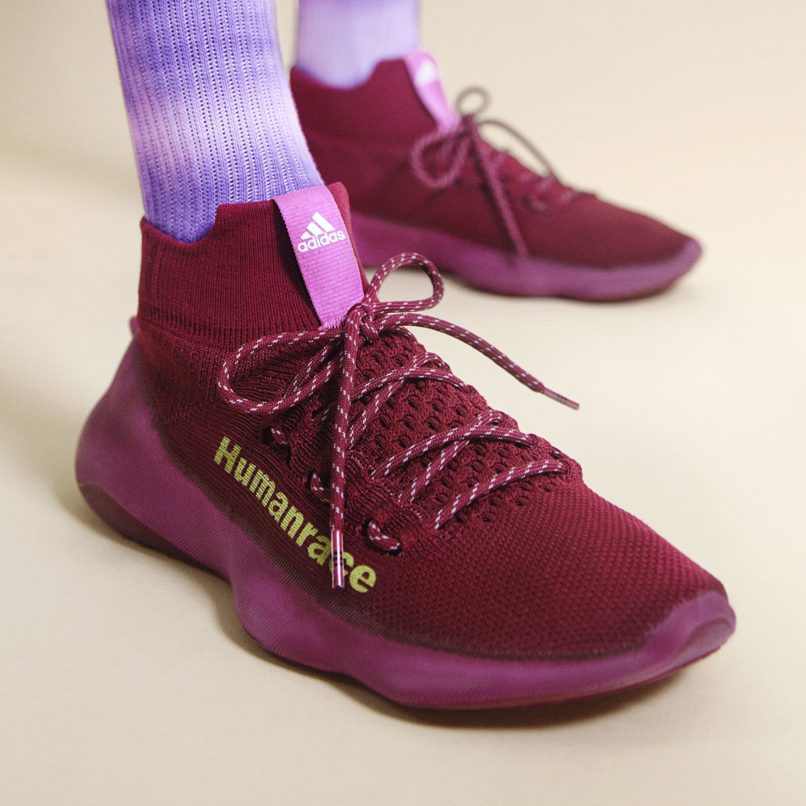 Following the success of his first Sichonas in a Team Royal Blue colourway, Pharrell has launched the second of its kind, this time in an evocative Burgundy hue instead. Like its predecessor, the sneakers have been crafted with “human-centricity at its heart,” and offer sporting innovation whilst being comfortable and stylish enough for everyday wear.

The Primeknit upper here comes with the same anatomically-molded TPU midsole to create a fluid form, with Humanrace branding marked throughout for good measure. The Burgundy version comes with contrasting Pink accents and Solar Green details.

If there’s one brand that’s won the collaboration game this year, it’s New Balance. Hot on the heels of its partnerships with Casablanca, Ronnie Fieg, Aime Leon Dore, Joe FreshGoods, and JJJJound, the American label has now teamed up with Stone Island for a sneaker focused on innovation.

The shoe pushes the boundaries of design; the upper of the sneaker has been reimagined to show a performance upper trying to push through a more heritage-driven design. 3D technology was used to create the mesh and logo here, and the midsole is made via updated hyper-light FuelCell technology. Topping off all this innovation is a carbon fibre plate that’s been credited with providing the highest energy return with propulsive transition and 360-degree functionality. 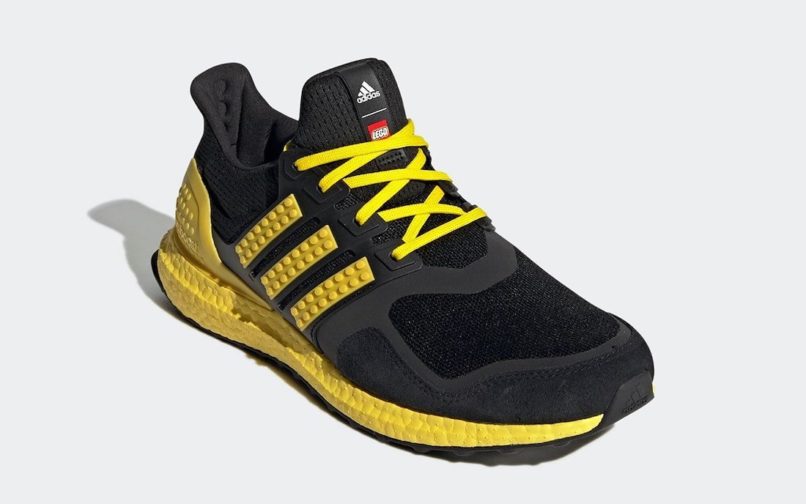 Made for both sneakerheads and lego fans alike, this collaboration reimagines the famous sneaker by giving it the lego treatment. Here, the Three Stripes are replaced by lego bricks — in the same iconic hues as the standard ones, no less — and are paired with matching midsoles, laces, and heel counters. The black version here brilliantly contrasts with the yellow details, making it one of the most fun options if you wanted a standout pair of kicks.