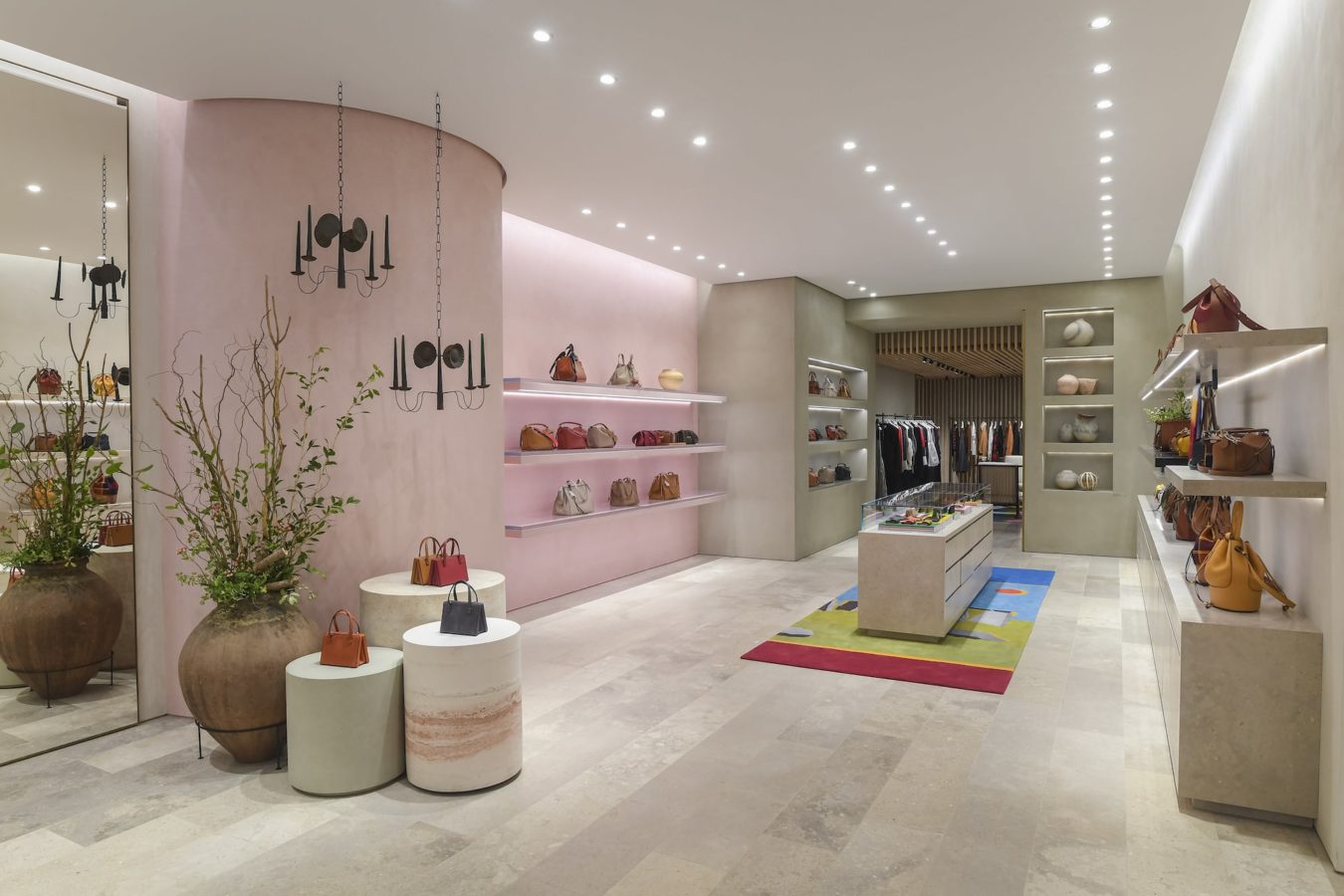 Store explore: the first Casa Loewe flagship in Singapore is not your typical fashion boutique

Style
Store explore: the first Casa Loewe flagship in Singapore is not your typical fashion boutique
Share this article
Next article

Forgive the obvious pun, but Casa Loewe has now made a home in Singapore.

That’s the name of the new Loewe flagship that you’ll find in ION Orchard, the first of its kind to open its doors in Southeast Asia.

Before, the Spanish luxury brand had kept its special retail concept, dreamed up by creative director Jonathan Anderson, to far-flung locales like New York, London, Milan and Madrid. A single step inside Casa Loewe Singapore is all it takes to realise just how much we’ve been missing out.

For starters, the new space is meant to feel like a home — that is, if the owner had a really great taste in art and a preference for artisanal and antique touches to accompany their clothing (both men’s and women’s), sculptural bags and other handcrafted leather accessories.

The first thing you’ll notice are the walls. They come in Wes Anderson pink — powdery, pretty — that makes the place feel very inviting. One of them, showcasing Loewe’s Balloon bags, is made out of ceramic tiles, each enamelled by hand. This creates an uneven texture that may look a little unfinished, but that’s the point. Anderson (the Loewe designer, not the filmmaker) likes things to be a little imperfect; they feel more human, after all.

The other notable pink wall is furnished with a couple of wrought iron chandeliers from the 18th century. That’s where you’ll find the Spanish brand’s new collaboration with Ken Price, one of many artists to grace la Casa Loewe.

Price was an American artist known for his ceramics (another thing Anderson is a fan of, as you’ll note as you walk through the store). However, it’s his colourful illustrations of Los Angeles, Easter Island and New Mexico that are recreated across Loewe’s limited-edition capsule of clothing and accessories. In the case of the bags, Price’s artworks are plastered across Loewe’s signature Puzzle, Hammock and Gate styles with leather marquetry — a technique that has remained at the Spanish brand since the 1920s.

In a lot of ways, Price’s vibrant, cartoonish illustrations recall those seen on the store’s carpets. Those are the works of John Allen, an English textile designer who has also collaborated with Loewe a few years ago.

In fact, throughout the space, you’ll find a handful of artists and designers that Anderson has a special connection with. His friend, Josh Faught, made the hand-dyed tapestry that hangs near the menswear section like a flag; Jim Partridge and Liz Walmsley, both runners-up of the 2019 Loewe Craft Prize, took a year to create the benches where you can sit to try on the brand’s sneakers.

There are more cushy seating options, like the neon Utrecht armchairs designed by the Dutch architect Gerrit T. Rietveld, as well as a pair of Conoid Cushion chairs by George Nakashima. Both are grails in the world of mid-century modern furniture, but in Casa Loewe, they serve to recreate the feeling of a home.

Casa Loewe isn’t all visual and tactile stimulus, though. If you could get a whiff of the place through your mask, you’ll even pick up on the very cottagecore scent of tomato leaves. It’s one of the eleven plant-based home fragrances recently launched by Loewe, which are also offered inside the store. Just don’t expect to find the marijuana-scented candles in their Singapore flagship anytime soon.

We could go on talking about the rest of the products that you can shop for, but that really isn’t the point of Casa Loewe. In an interview with The Guardian, Anderson shared: “It’s this idea of ‘casa’ and changing the way in which we see stores… I feel like a space has to be emotional – if it’s not emotional, you won’t go in – and instead of thinking about luxury spaces, we should think about cultural spaces.”

Brick-and-mortar stores may slowly be fading away in the retail landscape (even Robinsons couldn’t escape that fate), but it’s certainly not for those with imagination. Casa Loewe is that rare boutique to make pilgrimage to, if only because it’s so much more than that. It’s also very welcoming, something that Anderson has emphasised as the goal of Loewe’s concept flagships since the first one opened in Madrid four years ago.

If you appreciate that sentiment, we encourage you to head to Ion Orchard and follow the scent of tomato leaves.