Home > Style > Fashion > History behind the hype: Supreme and its supremacy 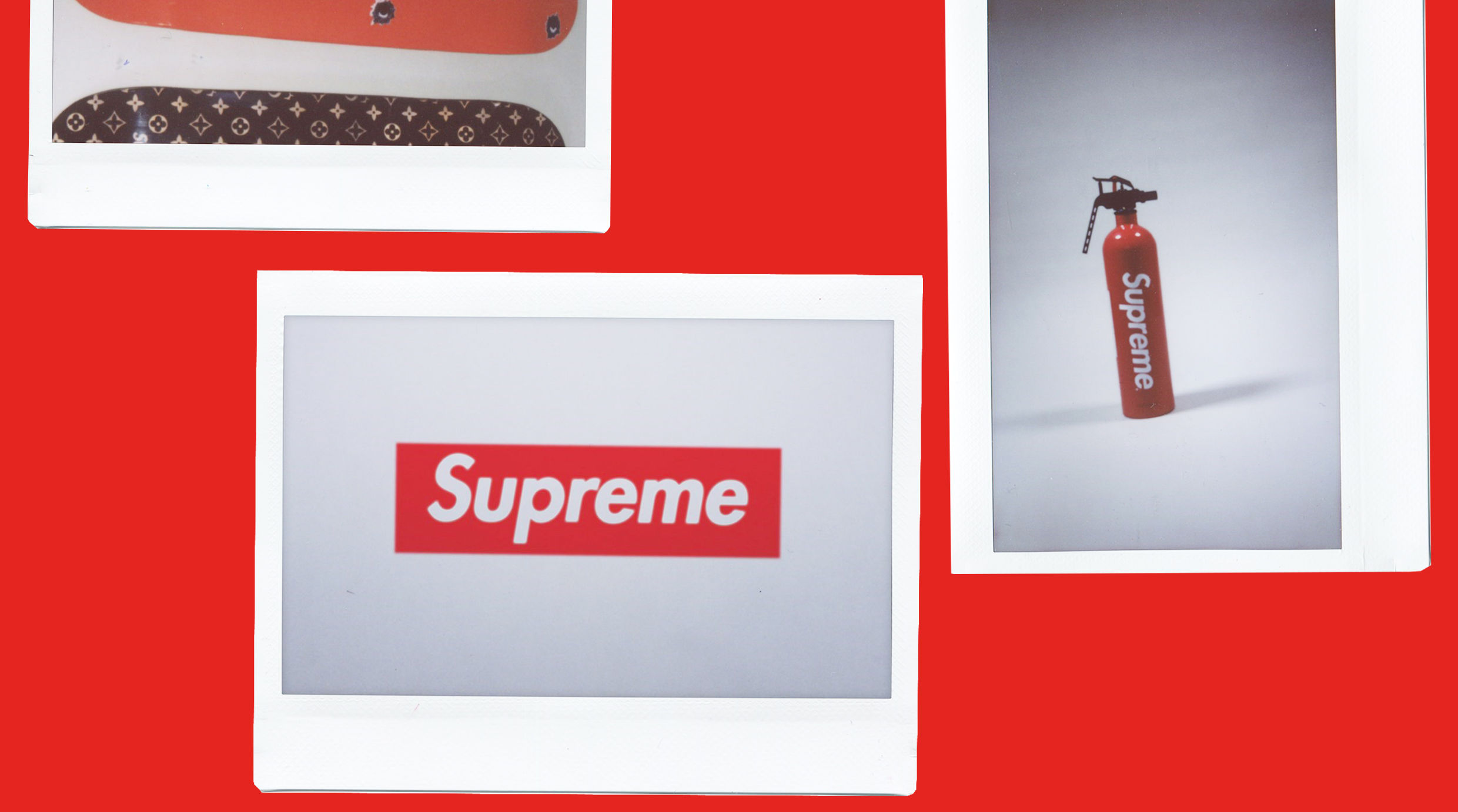 History behind the hype: Supreme and its supremacy

Let’s start off with a confession: I’m a girl, I don’t skate, and I’ve never bought anything from Supreme. For research purposes, I took a “How Well Do You Know Supreme” quiz , and the result told me to “keep shopping at Zara.” Despite failing my Supreme test, it’s bordering on impossible to be ignorant of the streetwear label’s existence and the frenzied fandom it triggers.

The pandemonium Supreme can spark is beyond outrageous. And after only hearing of and seeing the chaos each drop brings in New York, London or Tokyo, we’ve finally gotten a taste of it here on our soil with the Louis Vuitton launch last week. Calling in hipster hypebeasts to gather en masse, we witnessed — in a mix of mild bewilderment and anthropological fascination — how a two-syllable adjective have the power to lure in all kinds of acolytes from every corner of the island (and beyond to neighbouring countries).

So what is it behind this white-on-red rectangular logo that makes such fervent disciples out of Drake and Tyler the Creator? Why the round-the-block camp-outs? Here, we dissect through history in search of the secret behind the skate brand’s cult appeal.

Berlin culture zine 032c named it “the Holy Grail of high youth street culture.” While Business of Fashion deemed it “the Chanel of downtown streetwear.” Yet, as all behemoth brands had their humble beginnings, Englishman James Jebbia started with virtually nothing.

Jebbia never actually skated himself — but falling in love with the culture of these young rebels who hung out on streets listening to loud music, he felt there was potential for a market made of skaters who didn’t have access to enough good quality, stylish clothes. He wanted to give this tribe of young skaters well-cut basics.

When Jebbia opened his small skater shop with just US$12,000, he took the last word from the title of John Coltrane’s legendary tune A Love Supreme to name his passion project, while the now-iconic box logo took its cue from artist Barbara Kruger’s collaged artworks.

Tucked away in Lafayette Street, the shop blared booming music and always had its doors open so that skaters could glide in with their skates. And in a short while, the Supreme shop immediately became an epicentre to what the label’s frontman Aaron Bondaroff dubbed “train-hopping, taxicab-jumping, runaway kids.”

Skater dudes from all over the city followed in reverence, often lining up for hours to be the first to score the latest products to come in, like candy-coloured baseball caps or spacious bomber jackets with the Supreme logo shown discreetly on an outside tag. And in-the-know cool kids knew to ask for the hidden merchandise in the back storage room.

From the very start, Supreme was notorious for keeping its merch ultra rare and exclusive. At first, it wasn’t for the purpose of building excitement. Rather, it was through Jebbia’s sheer laziness. He didn’t want to be bothered with stock, thus producing only small quantities for the store.

The result was that demand quickly outstripped supply. Stock rarity became interlinked with Supreme’s brand identity, pushing people to covet more and more of its products out of scarcity — even when it was just a basic white tee.

The brand’s mystical aura didn’t just stop there. Tapping onto guerrilla marketing, Jebbia and his team stuck Supreme stickers on walls all over New York, not unlike a graffiti artist who would scrawl his tag to elusively raise awareness.

But it was when Jebbia went as far as sticking his logo over Calvin Klein’s adverts of Kate Moss — right on top of her crotch — that garnered Supreme explosive exposure. Calvin Klein filed a lawsuit, and Supreme was introduced to mainstream non-skaters.

The mystery allure continues to persist. Adhering to ultra-luxury codes, the brand has always sold Supreme exclusively at Supreme — online or brick-and-mortar — save for collaboration pieces. And it’s famed for keeping it mum on the press forefront and taking it a notch down on social media. The brand had never even released a lookbook up till 2009.

Collaborations may be the norm today, but Supreme was one of the early birds that caught the team-up worm first. Seventeen years before #LVxSupreme was an official hashtag, Jebbia launched a Supreme Vuitton skateboard, blatantly appropriating the French brand’s monogram. A lawsuit succeeded, yet it didn’t stop Supreme from pairing its cool-representing name side-by-side with other brands.

Nike, Comme des Garçons, Vans, Dr. Martens, Levi’s, Hanes, Lacoste have all joined forces with Supreme for co-productions that barely hit the shop floor before they were out of stock. New pieces put up for sale on the website sold out in less than five minutes, while riots broke outside of the stores. In a 2014 incident, the NYPD was forced to cancel the Air Foamposite de Nike x Supreme launch to avoid total chaos in the streets.

In a chronicled debacle, it had the whole of New York shook over Metrocards — Supreme Metrocards, that is. Selling for US$5.50, some subway stations were shut down and police troops were sent down thanks to the gazillion of dudes fighting for a piece of limited-run papers.

Our awestruck wonder over the ruling aristocracy Supreme holds over the streetwear market is not ceasing anytime soon. Today, queue proxies like the ones we’ve seen taking place in Singapore can go as far as S$2,500, while the random objects Supreme often releases such as the red clay bricks — yes, actual bricks you can build a sturdy house with — can start off with the original price tag of S$41 (US$30) and end up on eBay for S$1,363 (US$1,000).

With only 10 stores around the world — London, Paris, Los Angeles, Tokyo, Osaka and Fukuoka — the rarity of Supreme still reigns, well, supreme. But with the rise of skater-inspired labels the likes of Gosha Rubchinskiy and Palace, will Jebbia’s multimillion label be able to have staying power?

For the most part, Jebbia openly welcomes fashion’s embrace of skate culture. “It’s a good thing, because before we were one of the only brands doing that kind of thing. Now it’s just more open and that’s great,” he said in a rare interview with Business of Fashion. “I think it’s cool because they’re making things people really want to wear. And that’s what we do: We make things people want to wear — not in fantasy land.”

Fashion Collaboration Supreme History Behind The Hype Louis Vuitton x Supreme Long Form James Jebbia
Bianca Husodo
Sign up for our newsletters to have the latest stories delivered straight to your inbox every week.