Home > Style > Fashion > Supreme x Louis Vuitton: What you need to know before everyone else 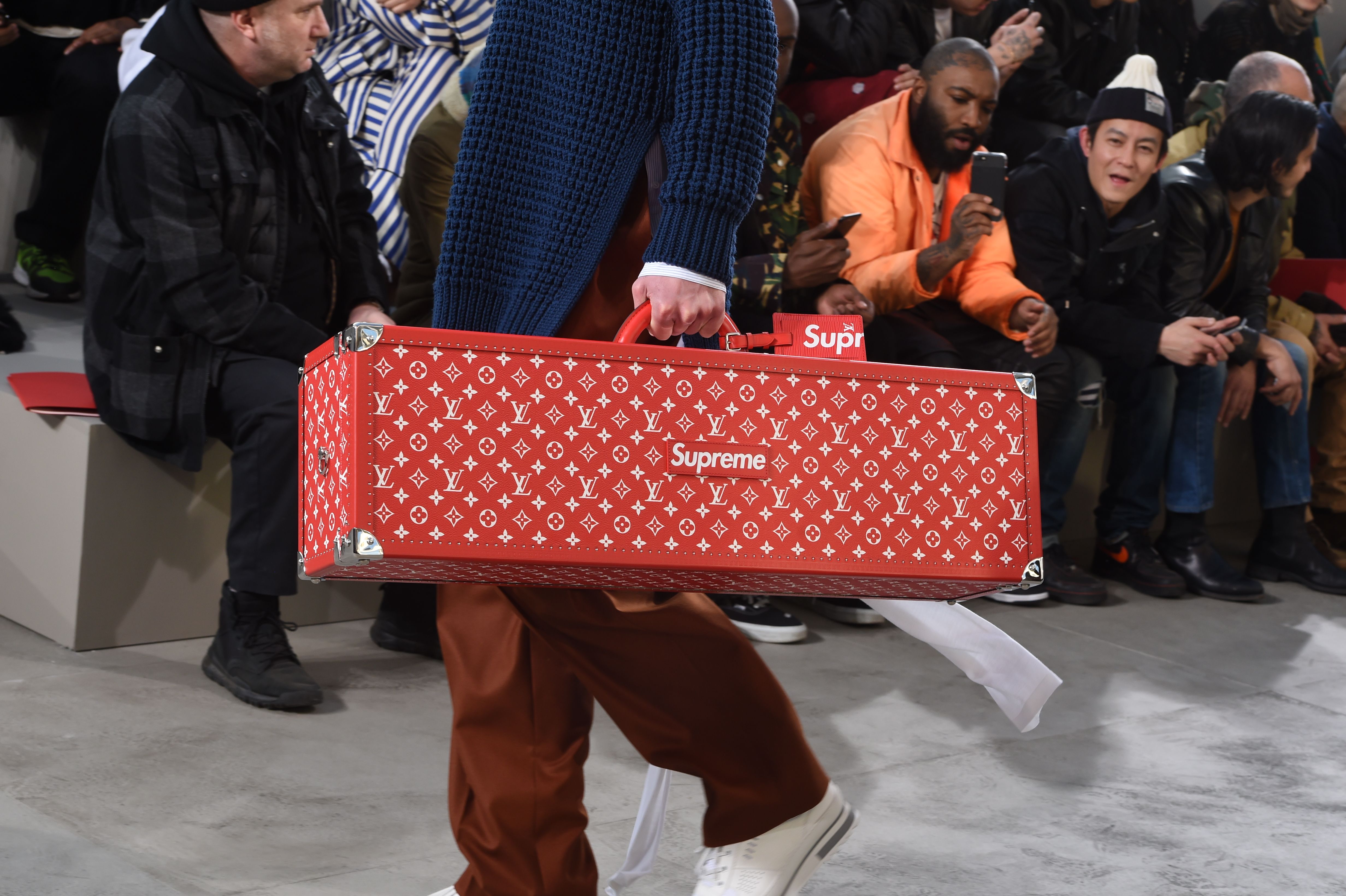 Supreme x Louis Vuitton: What you need to know before everyone else

Style
Supreme x Louis Vuitton: What you need to know before everyone else
Share this article
Next article

If you weren’t one of the lucky handful to have gotten an LV-inspired logo T-shirt, skate deck or beanie back when Supreme helped itself to the French maison’s iconic motifs 17 years ago, you’ll get another chance now. This time, we promise there wouldn’t be another product recall (which we can all agree wouldn’t actually be successful because no one is going to return something with even more street cred).

This is a marriage which teaches us that sometimes, even the most different personalities can put their differences aside, and coexist to the point of making something beautiful — or in this case, “lit AF”. In what is already the season’s most coveted and Instagrammed collection: ladies and gentlemen, Supreme x Louis Vuitton.

We can almost hear the kids from the ‘hood collectively losing their minds. Unveiled at Louis Vuitton’s men’s Autumn/Winter 2017 runway show just earlier today, the range is essentially every hypebeast’s dream wardrobe. Supreme’s super iconic vermillion Box Logo is interrupted gracefully by LV’s new Monogram variation, a motif that carries on to a range of garments, including washed Japanese denim and camouflage jacquard. A cognac and chocolate colour way version is tribute to the original 1896 Monogram canvas.

The Supreme treatment extends to some of the Maison’s most famous archival bag styles, albeit tweaked with more modern shapes. The jacquard camouflage toile is once again combined with LV’s iconic natural cowhide leather, while the Epi leather varieties — in red or black — are embossed with Supreme’s logotypes, like its adhesive stickers. 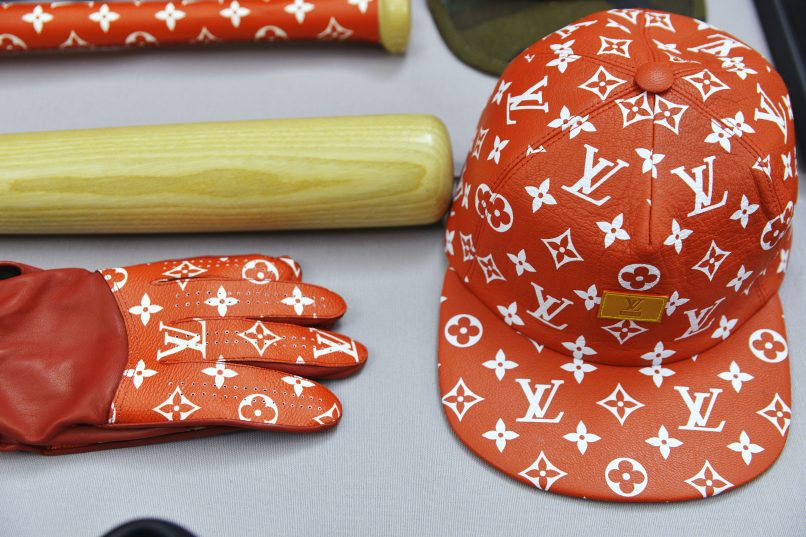 Then there are bandanas, belts, gloves, sneakers, caps, jewelry and even baseball bats (?!). They’re really milking this collab, aren’t they? 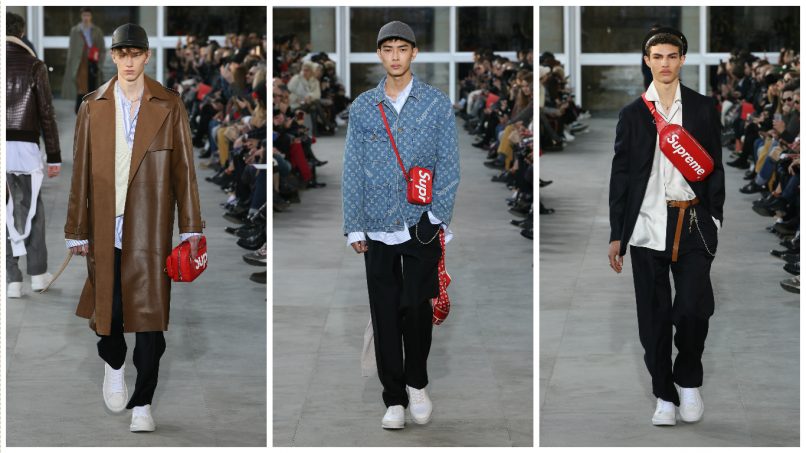 But we trust Louis Vuitton’s men’s artistic director Kim Jones to know what’s good. Speaking about the partnership, he mused, “You can’t have the conversation of New York men’s wear without Supreme right now, because it’s such a massive global phenomenon.” Before he himself became so big of a deal in menswear, Jones worked at a London distribution centre for Supreme through his college years, unpacking boxes of merchandise. “I just feel that the strength of their graphic versus the strength of the Louis Vuitton graphic, and that kind of Pop Art feeling — it works together perfectly,” he added.

Unlike other Supreme releases, we reckon this release would be a more orderly one, as the first drops are slated for 17 July at Louis Vuitton stores and potentially, at stand alone pop-up stores. If you’re going to cop something though, prepare lots of cash because the goods will be at Louis Vuitton’s price-points; though on hindsight, that’s actually pretty much the same as the streetwear brand’s resale market. Watch the finale of the runway show here:

And of course, more juice from fashion insiders:

Louis Vuitton New York Kim Jones Collaboration Supreme French Maison streetwear LV Monogram Supreme x Louis Vuitton
Shatricia Nair
Managing Editor
Shatricia Nair is a motoring, watches, and wellness writer who is perpetually knee-deep in the world of V8s, tourbillons, and the latest fitness trends. She is fuelled by peanut butter and three cups of coffee a day.
Motoring Wellness Watches Beauty Style
Sign up for our newsletters to have the latest stories delivered straight to your inbox every week.