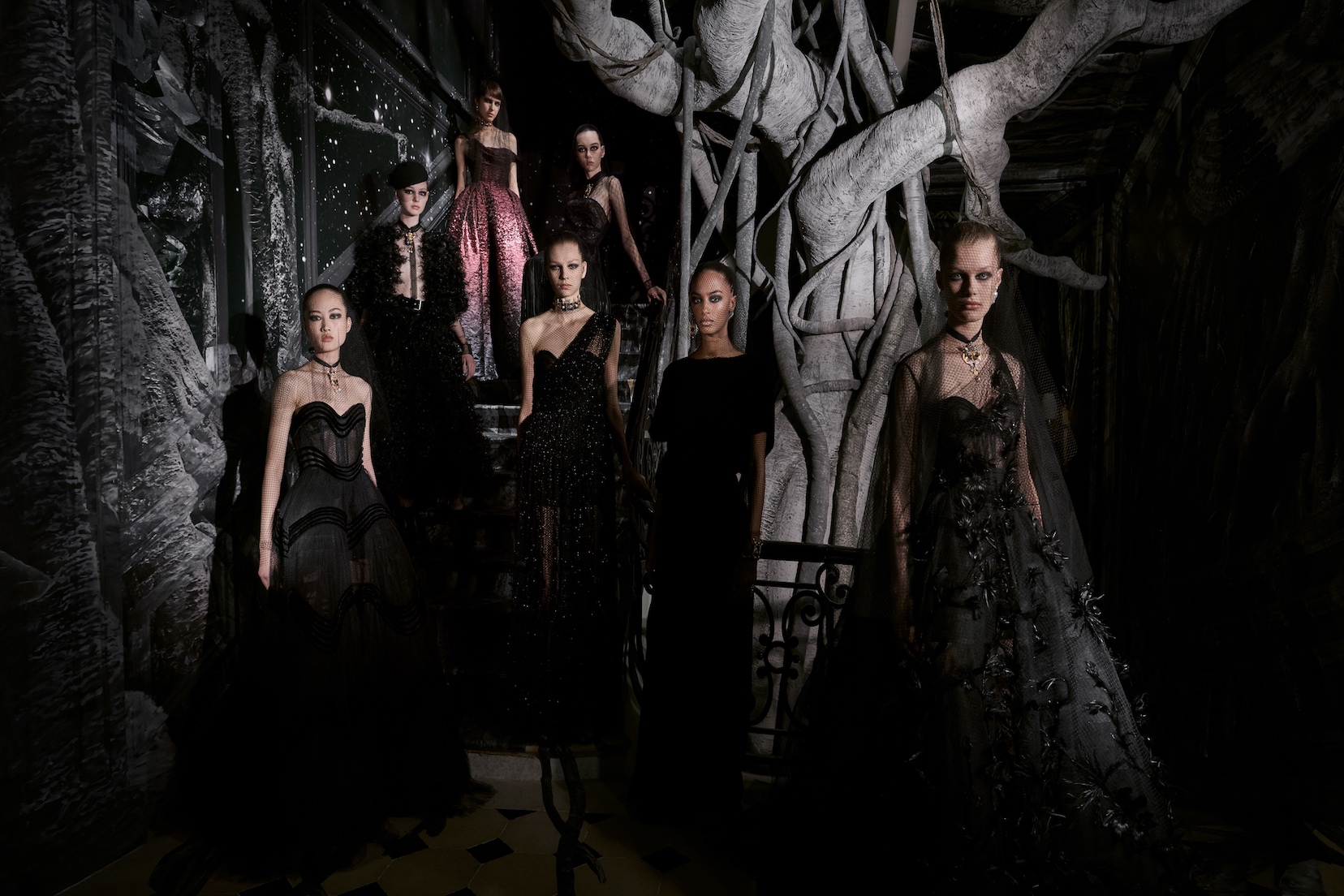 The recent Autumn/Winter 2019 Couture Fashion Week highlighted the best of each fashion house, showcasing spectacular styles that ranged from fluffy tulle gowns and well-tailored pieces to heavily embroidered looks. These high-end collections are a display of the brand’s signature cuts, most exclusive designs and highly complex craftsmanship. In this season’s round-up, textures are also being played up in a variety of proportions and colours.

Despite showcasing a sea of black looks against a moody space, Dior highlighted impeccable details. Maria Grazia Chiuri turned to her roots and childhood memories for inspiration, redefining the peplos to give the ancient Greece garment a modern twist. She also departed from her fantastical creations in Marrakech, turning towards a more classic, timeless style instead. Statement ombre gowns, embellished laced dresses as well as Grecian draped metallic gowns were also in the mix — sophisticated and effortless looks that’ll last for many years to come.

Designer Clare Waight Keller explored the unconventional and radical by playing with sculpted silhouettes that distort the original form of the body. These new silhouettes tethered between being exaggerated and tailored — a bold contrast that was consistent throughout. Waight Keller’s keen eye for detailing was apparent; the looks were surprisingly harmonised despite combining opposing elements such as stiff constructed forms with soft flowy detailing.

If Pierpaolo Piccioli is the artist, then the runway is his multi-coloured painted canvas. The Italian stalwart took us on an artful fashion adventure for this season’s Valentino couture show, combining cultures and identities into a fun-filled whimsical collection. Vibrantly hued layers in rich textures took to the runway, alongside colour-blocked prints, striking jacquard patterns, and billowy dresses.

This might be the first Chanel couture show since Karl Lagerfeld‘s untimely departure, but Virginie Viard has started out strong. Retaining Chanel’s signature Parisian chic aesthetic, Viard created an understated collection that showcased soft tailoring on tweed jackets, complete with polished and functional details. Every model walked down the runway exuding an air of graceful strength, though it was ultimately the handiwork and construction of the garments that really stole the show.

Defined by pastel gowns in floaty drapes and luxurious chiffon and silk tulles, Giambattista Valli’s cotton candy-hued couture collection was truly a visual treat. Dreamy three-dimensional silk taffeta peony blooms were met with exuberant volumes and plenty of ruffles — a reaffirmation of his knack for ethereal yet wearable pieces. If you can’t afford one his couture creations,  you’ll still be able to get a taste of his beautiful designs at H&M when his collaboration with the Swedish giant hits the store in November this year.