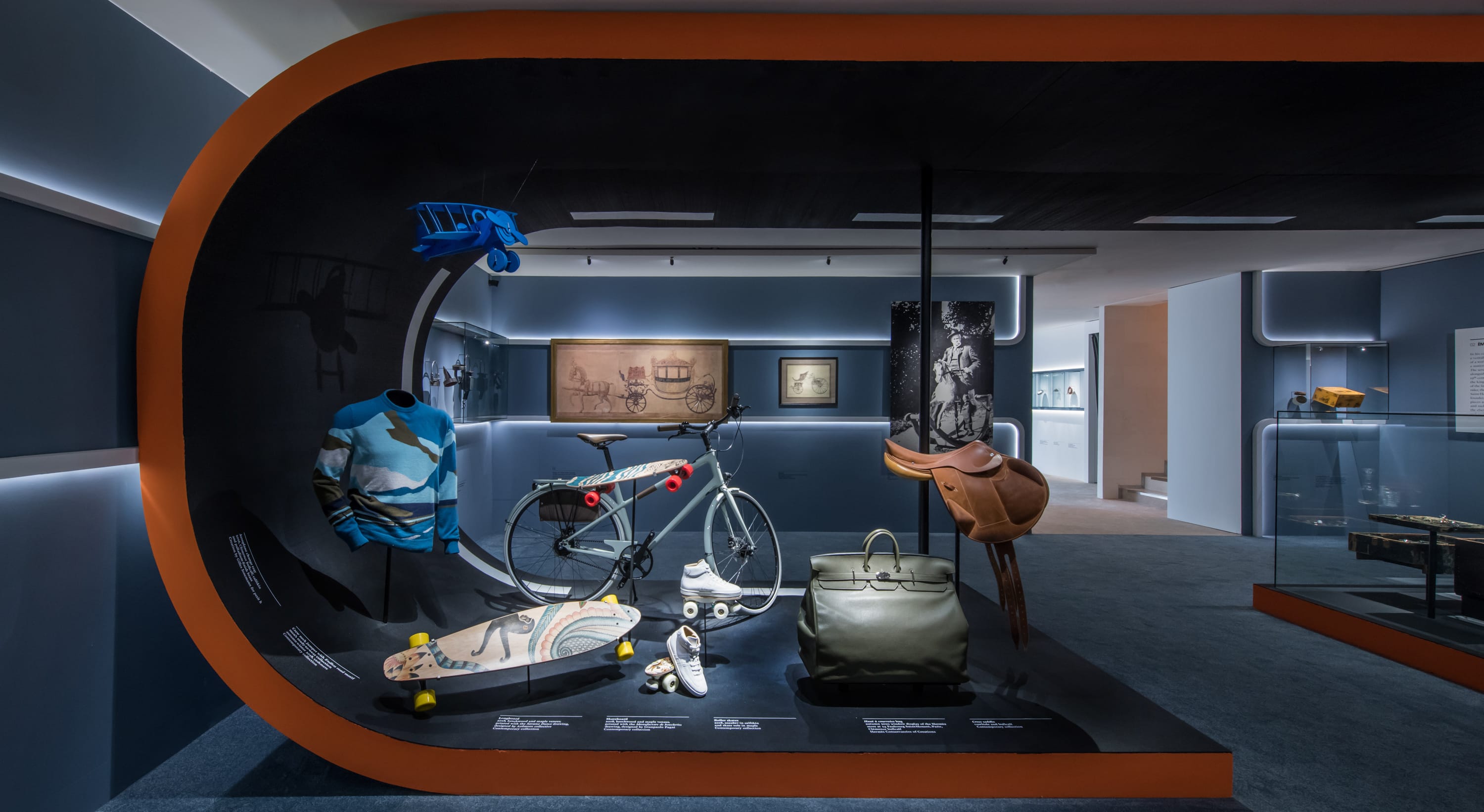 Hermès is a name synonymous with luxury, but there’s so much more to the Maison than its iconic Birkin bags and Collier de Chien bracelets. Having started as a harness workshop for European noblemen in 1837 meant that its founder, Thierry Hermès, had not only a well-honed eye for leatherwork but also a passion for travel. That same fervour is one that’s still embedded into the brand’s DNA till today, and you’ll be able to explore it first-hand at the “Hermès Heritage — In Motion” exhibition.

Hosted at the Hermès Liat Towers boutique from 11 — 19 May, the exhibition is a deep-dive into the brand’s design and craftsmanship evolution, and all the ingenious ways in which they had advanced alongside engineering breakthroughs.

For this, archival pieces from the Conservatoire of Creations, the Emile Hermès collection, and Hermès’ own vaults were carefully selected. One of the biggest highlights is a framed silk scarf —the very first of thousands that would become so iconic to the brand. Designed in 1937, the scarf depicts a scene of horse-drawn omnibuses — France’s first ever mode of public transport.

Other precious objets d’art include a leather-swathed child’s carriage that was created to be harnessed to goats, as well as the Flaneur d’Hermès bicycle with a specially-designed saddlebag attached to it. Bruno Gaudichon — curator of the La Piscine Museum of Art and Industry in Roubaix and director of this touring exhibition — chose to juxtapose these with more modern contraptions like roller-skates and skateboards, charting the brand’s seismic rise as a traditional saddler to present-day fashion icon.

The Pippa writing desk also gets a place under the spotlight for boasting an interesting design that renders it discreet when not needed, as do the Inversables, two columns of glasses on mobile rings that were created to keep precious drams safe on boats regardless of how choppy the seas were.

Then there’s the Bolide picnic bag, created specially for Emile Hermès’ (Thierry Hermes’ grandson) wife in the 1920s, that would later serve as a prelude to its storied customisable arm.

The “Hermès Heritage — In Motion” exhibition also sees five augmented reality zones that reveal quirky surprises about its rare artefacts. If anything, this is a retrospective that’s just as relevant today than it was a century ago.

Fashion Style Hermès Exhibition
Shatricia Nair
Managing Editor
Shatricia Nair is a motoring, watches, and wellness writer who is perpetually knee-deep in the world of V8s, tourbillons, and the latest fitness trends. She is fuelled by peanut butter and three cups of coffee a day.
Motoring Wellness Watches Beauty Style