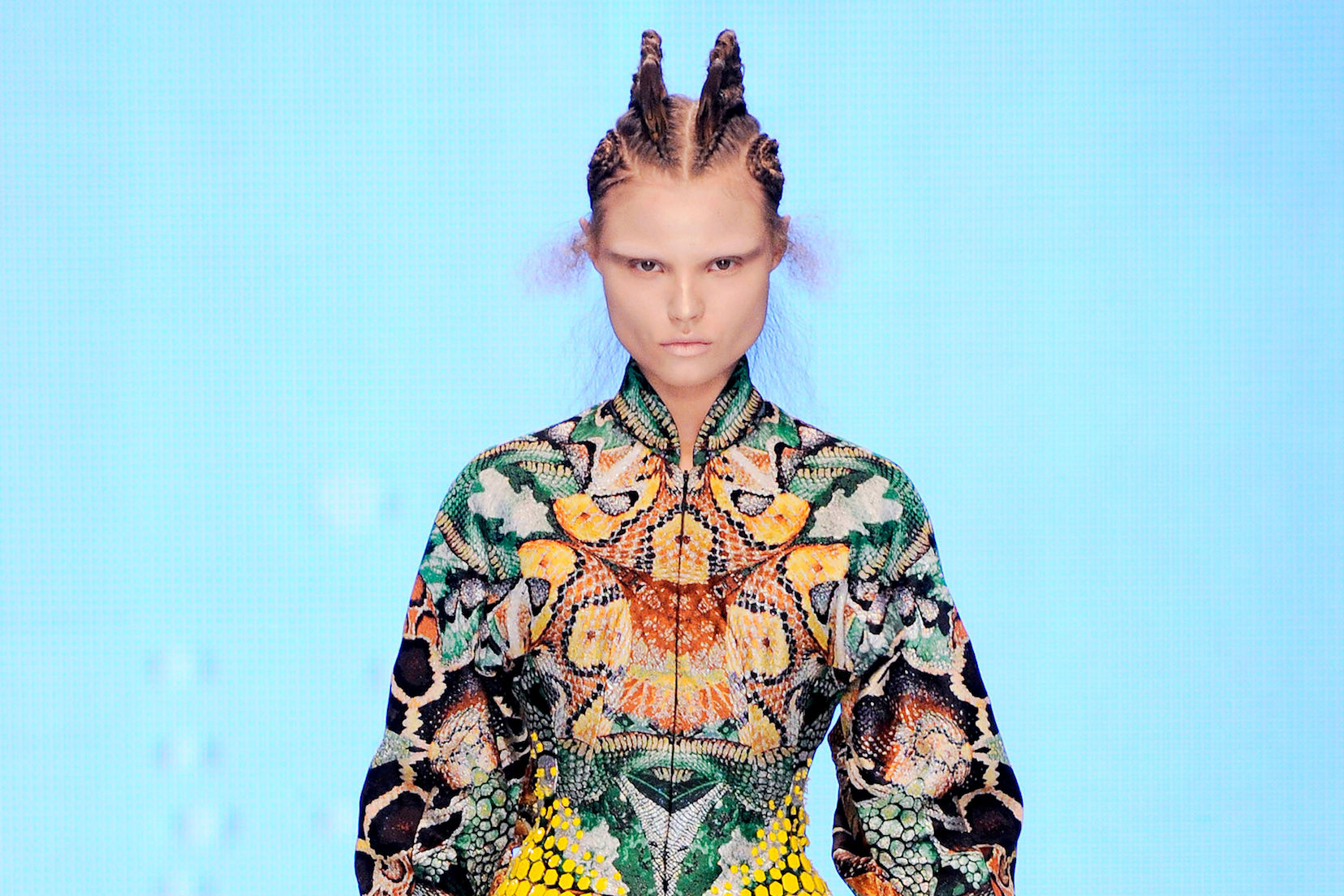 The most iconic fashion collections to ever grace the runways

Despite fashion’s fast turn over trends and seasonal collections, we still can’t help but to reminisce some of the greatest past fashion creations. What’s worth remembering is the zeitgeist captured in each creation and of course how unforgettable some of the looks are. Every fashion collection becomes a time capsule, each documenting a precious period in the brand’s history, a piece of art and the soul of that season. Scroll on down to savour some of fashion’s most iconic fashion collections.

Description: This iconic collection, titled Plato’s Atlantis, was live-streamed on SHOWstudio.com along with the debut release of Lady Gaga‘s “Bad Romance” track. Alexander McQueen introduced a couple of sculpted looks including pieces printed in what seemed like exotic reptiles, bio-materials and landscapes that resemble the surface of planets in space. This was where the brand’s iconic armadillo boot heels made its debut and is now considered a collector’s item.

Description: This is the very first collection that Karl Lagerfeld designed without black and navy looks. Instead, what we got was a vision of romance as models were dressed in silvery shimmery silks, metallic textures and fluffy ruffled tulles. Apart from Chanel‘s signature tweed looks, what drew us into this outstanding show was the sculpted, draped gowns that made an appearance towards the end.

Description: No one could possibly forget one of Prada‘s most iconic fashion collection with artist, James Jean. The full on printed collection showcases Jean’s stylised illustrative motifs on translucent organzas and lightweight fabrics in airy water colour tones. Prada also released a fashion short film titled “Trembled blossom” along with the launch of this collection, featuring a nymph like female character exploring the illustrated magical forest of Prada depicted by James Jean. In the digital film, the surrounding lifeforms start turning into fashion objects that could be worn by a curious creature. There was also a figure that transformed into clothes, flowers that turned into a pair of floral sculpted heels and a fish that turned into a multi-toned panelled Prada bag. The interesting part was that these items that you see in the film can actually be purchased in reality.

Description:  Marc Jacobs centred his designs for Louis Vuitton‘s Spring 2011 collection around Kansai Yamamoto, the first designer that he had worked for. He pays tribute by introducing a fusion of ultra stylised oriental silhouettes, rich colours and sequinned everything else — which are also quintessentially elements from Kansai’s creations. We also recall those flirty fringed accessories and last but not least, those attention-seeking see through-lace pieces.

Description: Balenciaga under Nicholas Ghesquière ten years ago was a different beast. Case in point: The spring show of 2009. It seemed like fashion was digging futuristic looks and there was definitely something progressive in the air back then. So Ghesquière responded by serving us sleek robotic-looking models geared up with sharp cuts made in shiny surfaces and space expedition chic layers. A few standout fashion items during the show were the glitzy fish scale like-dresses and sexy android leggings.

Description: The brand’s 20th anniversary collection revisits archival items for design inspiration, reintroducing familiar patterns and cuts — all in Martin Margiela‘s signature aesthetic. There was a handful of shoulder padded looks from earlier seasons in a variety of fabrications as well as unconventional new forms to celebrate the occasion. Each look communicated an element of mystery with an everyday object that is reinterpreted into the looks. This continuous play affirms the artistic direction of the Martin Margiela label.

Description: This breathtaking couture collection from Givenchy‘s Fall 2010 is easily one of the house’s most iconic ones. Riccardo Tisci was the designer for the house then and his work on this collection is highly acclaimed for its display of immaculate craftsmanship, form and beauty. One particular gown features intricate beadwork hoisted on a skeletal structure and finished with floating ostrich feather filled hems.

Description: Comme des Garçons‘s Spring 1997 collection, titled “Body meets dress, dress meets body” but widely known as “lumps and bumps” is amongst fashion’s most iconic collections. Here, Rei Kawakubo challenges conventional clothing forms and created distorted outfits that redefined the human curves. Instead of accentuating the waist and highlighting the fullness of the bosom, she did the opposite. What was an unforgettable rebellious statement on the runway back then really shook things up — something we constantly need in fashion.

Description: Yohji Yamamoto’s Spring 1999 show presented a wedding themed collection. On the runway, some models wore huge structured looks that were transformable. Some even concealed secret fashion pieces like hats and cardigans within the pockets or lining. These items were unveiled and styled by the model themselves on the runway to complete their looks. 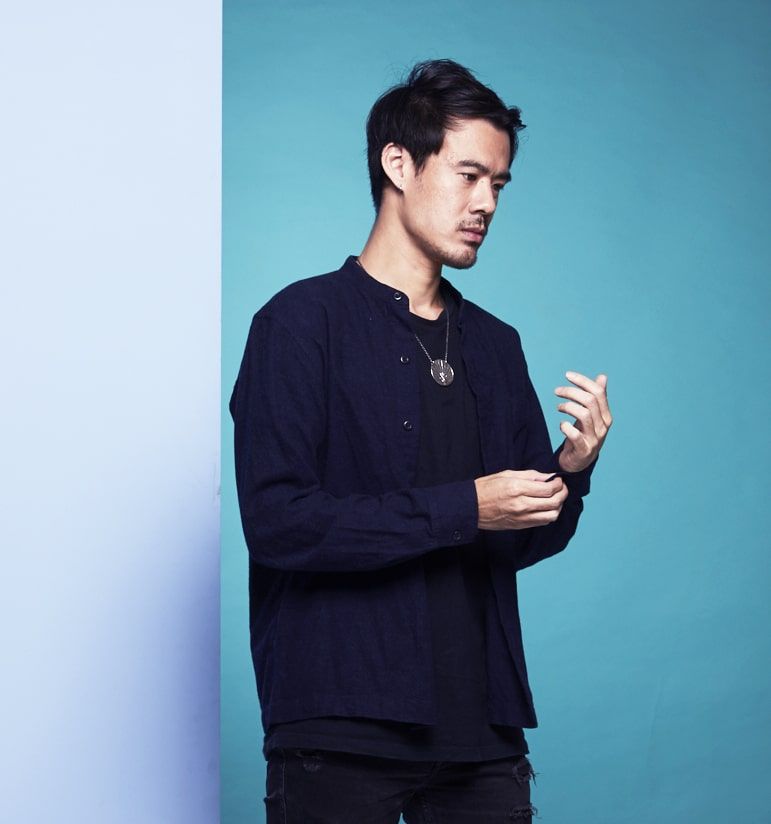 Josiah is the Fashion Director in charge of styling shoots and writing the fashion pages. On his days off, he locks himself at home designing and sewing up a collection in preparation for his label's runway debut.