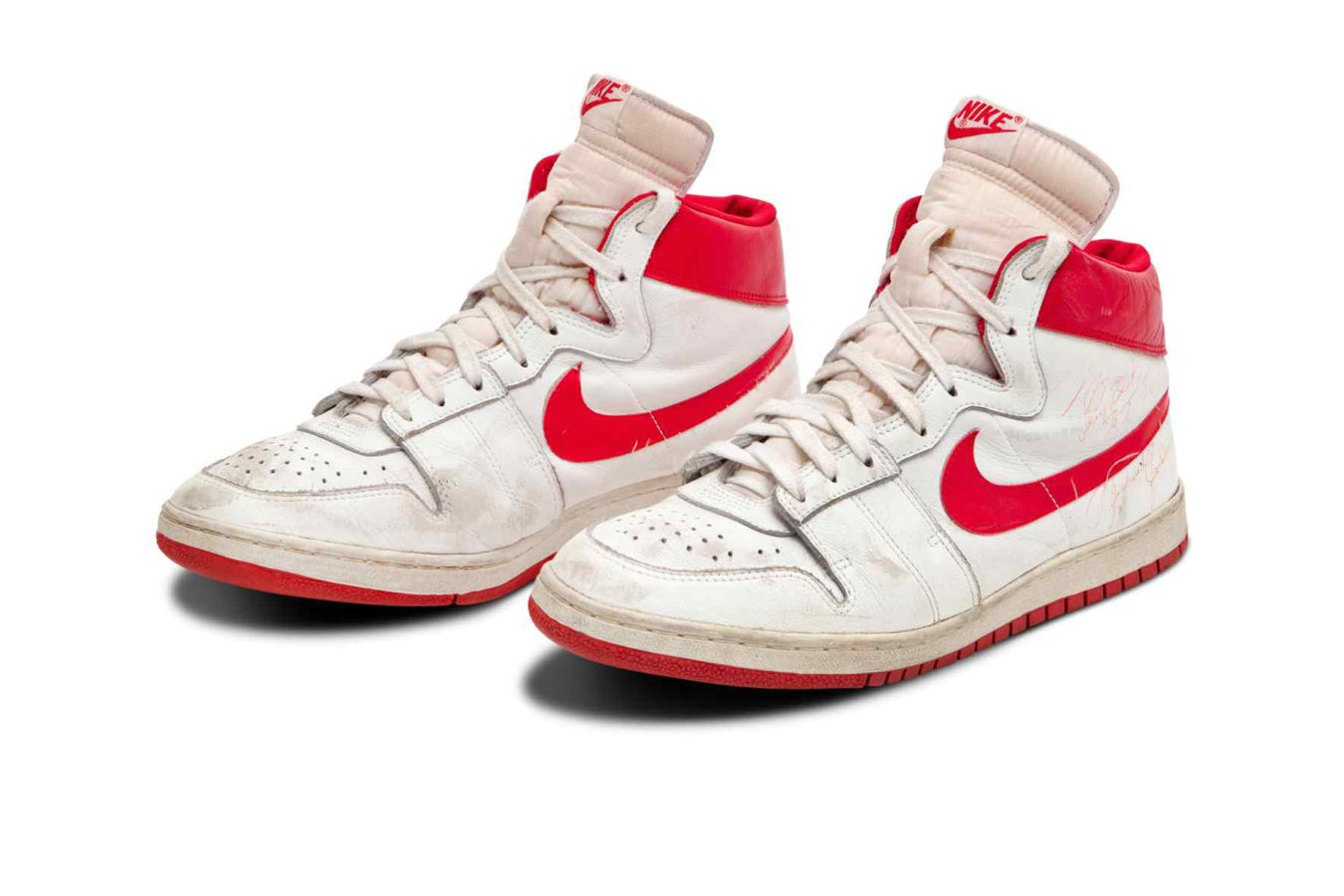 Style
These Michael Jordan’s trainers just sold for a record S$1.97 million at auction
Share this article
Next article

A pair of sneakers worn by NBA superstar Michael Jordan early in his career sold for nearly $1.5 million on Sunday, setting a record price at auction for game-worn footwear, Sotheby’s said.

The white leather shoes with the red Nike swoosh and soles were worn by the iconic player in the fifth game of his rookie season with the Chicago Bulls, when Nike’s Jordan-affiliated brand was only just taking off as a sensation both on and off the court.

“The most valuable sneakers ever offered at auction — Michael Jordan’s regular season game-worn Nike Air Ships from 1984 — have just sold at US$1,472,000 in our luxury sale in Las Vegas,” the auction house said in a statement on Twitter.

The astronomical price easily beat the record held by a pair of Nike Air Jordans which sold for US$615,000 in August 2020 at a Christie’s auction. A pair of Nike Air Yeezy 1s worn by rapper Kanye West sold for $1.8 million in April, triple the previous record for sneakers — although that was a private sale.

Jordan’s autographed size-13 lace-ups were in good overall condition, with signs of court wear and tear, Sotheby’s said. The pair was a gift from the player to Tommie Tim III Lewis, who was a ball boy for the Denver Nuggets during the 1984-’85 season.

The market for rare sports shoes is soaring. The record price for sneakers has been broken several times recently as what was seen as a niche market a decade ago now attracts interest from the general public as well as leading collectors. And the market value of objects identified with the retired basketball superstar have skyrocketed since the release of “The Last Dance,” an ESPN/Netflix documentary that chronicles the saga of Jordan and his Chicago Bulls.

The sneakers that went under the hammer Sunday predate the first Air Jordans, the now-classic line that quickly morphed from popular basketball gear to sought-after streetwear worldwide. 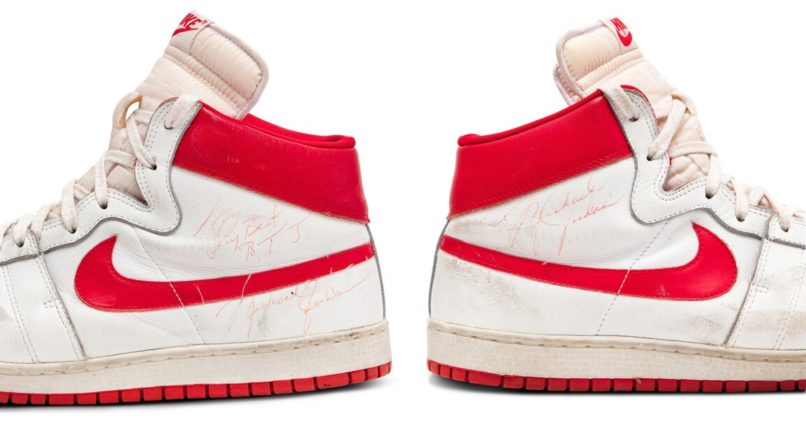 The Air Ship shoe that served as the genesis for the Air Jordan series was designed by Bruce Kilgore and originally released in 1984, and it was the first sneaker worn by Jordan as an NBA professional. That year Jordan, already a bankable star given his college basketball heroics, completed a deal with Nike in which the company gave him his own signature line of shoes and clothing.

The deal was a first for Nike, and it paved the way for a proliferation of player-brand collaborations. Jordan’s now-famous black and red Air Ships became a focus of controversy in 1984 when the National Basketball Association sent Nike a letter informing the company that the player’s colorful sneakers which he wore during an October 18 preseason game that year violated the league’s uniform clause.

Sunday’s auction also sold a pair of Nike Air Jordan 11 Retro x OVO “Gold” sneakers, designed under a collaboration between the shoemaker and rapper Drake, for $20,160. The model was never released to the public, making them a rare set of shoes.

Sneakers Auction Sotheby's Nike Michael Jordan Nike Air Ships collector sneakers
Lifestyle Asia
Here's where you can read the latest news and stories from Lifestyle Asia and our sister titles PrestigeOnline and Augustman, curated from all of our editions in Hong Kong, Singapore, Kuala Lumpur, Bangkok and India.
Luxury