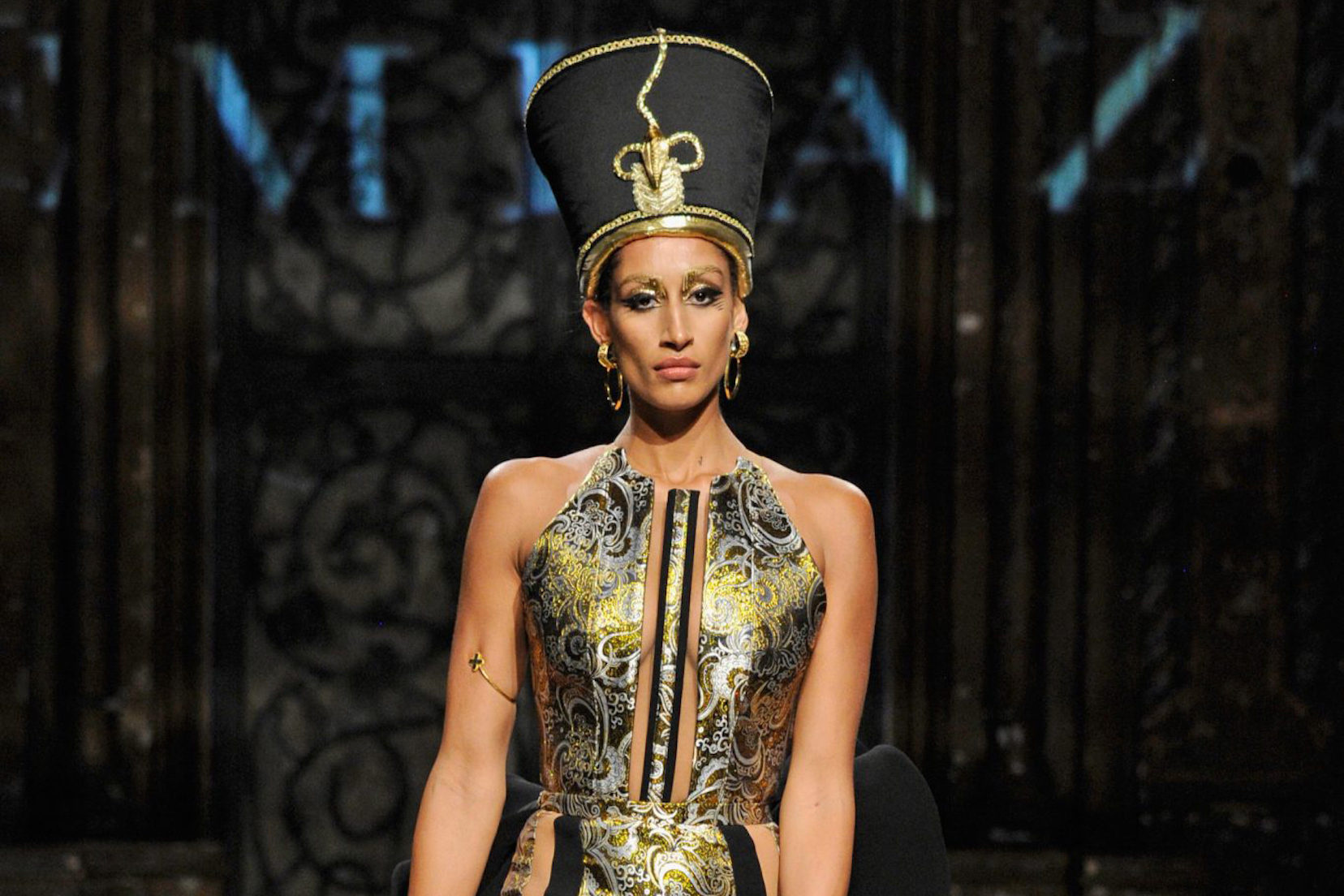 Egypt is a fascinating place. Aside from its ancient temples, tombs in deserts and the Great Pyramids of Giza, its capital city, Cairo, has a thriving fashion scene. The city is home to an accomplished pool of Egyptian fashion designers that deserve their spot in the international limelight. Among the polished assemblage, some of them have ventured into the craft of bespoke couture gowns while others delved into designing a more fashion-forward line of bags or apparels.

By injecting their culture into their creations, these designers are not only able to make a name for themselves outside of their country, but also put Egyptian fashion on the world map.

Since Creative Director and brand founder Farida Temraz’s debut for her Autumn/Winter 2014 collection during Paris Fashion Week, the label quickly rose to fame. Her opulent Egyptian fabrication, touches of gold, and use of drapery managed to capture the hearts of many. The gowns are a balanced combination of opposites, boasting sleek construction paired with panels, though the brand also often pays homage to its cultural roots by seeking inspiration from ancient Pharaohs. Temraza also offers beautifully sewn looks that are both empowering and feminine at the same time.

Check out more from Temraza here.

Fashion designer Mohanad Kojak’s semi-couture creations exude a contemporary vibe, constructed with the techniques of a couturier. What started as a small passion grew steadily into an empire that Kojak established through his impeccable dressmaking skills. He also enjoys combining unexpected elements like soft tulle with sturdy gold embellishments for his gowns. His designs are mostly structural, often heavily embroidered with sequins, embellishments and beading — exquisite and full of grandeur.

Check out more from Kojak here.

Since the launch of Zaam Designs in 2012, Egyptian designer Ahmed Azzam has been designing leather bags and clutches with a luxe yet vintage finish. Every bag is crafted and made in Zaam Designs’ workshop in Cairo to ensure that each piece is of pristine form and quality. The pieces are recognised for their angular and sturdy silhouettes, finished with Zaam Designs’ signature adornment of gold-plated brass detailing or its golden peacock logo — the perfect blend of a modern design with a heritage feel.

Egyptian fashion designer Norine Farah’s journey in fashion is an exciting one. After her eponymous fashion line showed at the Cairo Fashion Festival in 2014, Farah was nominated to represent Egypt in the World Fashion Week in Paris and was even nominated as Huawei Egypt’s brand ambassador shortly after. Apart from her long printed summery dresses, Farah’s designs also include custom-embellished gowns and body-hugging looks. She has also since ventured into jewellery and swimwear designing.

The brand Okhtein, which translates to “sisters” in Arabic, is founded by siblings Aya and Mounaz Abdelraouf. Designed in various embossed leather and crafted in brass, Okhtein bags embody the art of craftsmanship and Egyptian artistry. With high profile fans the likes of Beyoncé, Gigi Hadid and Kris Jenner, Okhtein is steadily making its way to becoming the next designer must-have ‘It’ bag.

Check out more from Okhtein here.

One of the more prominent names among Egyptian fashion designers, Yasmine Yeya of Maison Yeya impresses with her unique gown designs. Her creations feature sculpted drapes and polished workmanship, constructed in luxurious bridal textiles such as duchess satins and silk chiffons. A couple of her designs were also featured in prestigious publications like Vogue — a stamp of affirmation to her masterpieces. After launching a few gown collections, Maison Yeya grew a huge following and is now known to be one of Egypt’s top bridal couture brand.