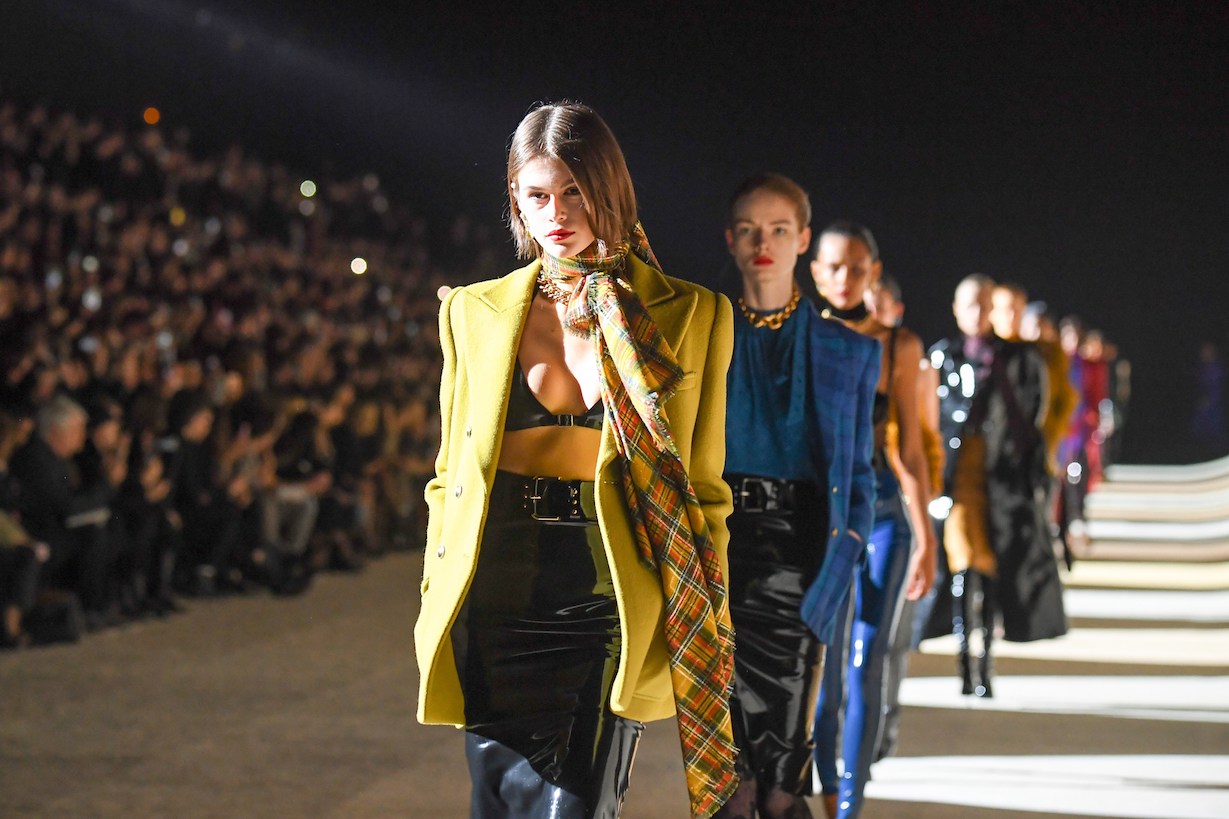 TikTok is launching its own Fashion Month with Louis Vuitton, Saint Laurent and more

Style
TikTok is launching its own Fashion Month with Louis Vuitton, Saint Laurent and more
Share this article
Next article

Need a sign that fashion, as we know it, is changing forever? TikTok is now launching its own version of Fashion Week — and it’ll run for a whole month.

Technically, it has already been kicked off with none other than Louis Vuitton, which teased its men’s Spring/Summer 2021 show on the video sharing app on 2 September. Saint Laurent, having ditched Paris Fashion Week this year, has also shared its new fashion film on the social media platform.

But they aren’t the only fashion heavyweights taking part in #TikTokFashionMonth. The app will livestream two fashion shows a week, including JW Anderson’s S/S 2021 womenswear show on 28 September. It’ll be wrapped up on 8 October with the “TikTok Runway Odyssey” — a virtual fashion show hosted by TikTok creator Nick Tangorra, featuring sportswear giant Puma and Alice & Olivia.

Puma has specially teamed up with Black TikTok creators and designers for its upcoming collection, and it’ll donate US$10,000 (S$13,614) of the proceeds from the sales to the Equal Justice Initiative. Alice & Olivia, on the other hand, will have TikTok stars like Melaine and Miranda Wilking, Janette Ok, and Bria Jones modelling its new capsule collection. The New York label will also donate a portion of its proceeds to the CFDA.

Beyond showcasing these collections, though, the TikTok Runway Odyssey will also let viewers be the first to shop the new pieces, which will be available exclusively on the app.

#TikTokFashionMonth was announced shortly after the schedule for Paris Fashion Week was unveiled. The latter will host both physical and virtual shows (“Nothing can replace the physical event,” said Pascal Morand, executive president of the French fashion federation) while TikTok’s answer to Fashion Week will be entirely virtual. Not that we aren’t used to everything going online by now: in 2020, we’ve seen the rise of FaceTime photoshoots, digital clothing, and fashion shows on video games.

In other words, #TikTokFashionMonth couldn’t have come at a better time. TikTok itself has also been on fashion’s radar for a while now. Prada sat Charli D’Amelio — the most followed creator on the app — on the front row of its F/W 2020 show. For Paris Digital Couture Week, Balmain livestreamed its fashion show on TikTok, marking the latter’s first partnership with a luxury fashion brand.

♬ What the Hell – Avril Lavigne

Celine featured a handful of TikTok stars like Chase Hudson and Noen Eubanks in the video teasers leading up to its S/S 2021 menswear show; Eubanks had also appeared in a campaign for the French brand shot by Hedi Slimane last year. Gucci, too, is casting models for its upcoming project through the #GucciModelChallenge started by TikTok users.

JW Anderson found its way on TikTok unexpectedly. After a cardigan from the British label was worn by Harry Styles, fans of the singer launched a viral fashion challenge on the app to recreate the piece. Jonathan Anderson, heartened by the shared enthusiasm for craft, released the cardigan’s official knitting pattern for fans to follow.

“I think TikTok is challenging norms and innovating the way JW Anderson does,” said the designer, who also helms Loewe. “I am very excited to be working directly with TikTok this season.”

You can stay tuned to #TikTokFashionMonth through the official hashtag, as well as a couple of others launched by the app: #GetTheLook, for creative ways to recreate your favourite celebrity or runway outfits, as well as #Fashion101 for all you need to know about styling.