Olivia Rodrigo’s style is one to consider if you want to get in on the trend and keep your Instagram feed up to date.

Aside from fishnets, tights that feature polka-dots or monogrammed patterns have become a 2022 Tumblr girl must-have.

The retro Twee aesthetic was heavily influenced by the ’60s, and a statement collar is an easy way to nail that vibe.

Wearing shorts over tights was once considered a major fashion trend. Because this styling decision fits in with keeping our closet season-less and making the most of what we currently own, we’re up for bringing it back.

All we need for the best Tumblr Girl fit is bold eyes, fishnets and dark aesthetic. Wear chunky boots to finish, and you’ll be right back in 2014. 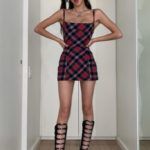 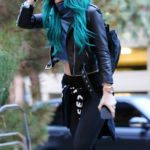 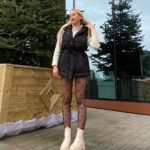 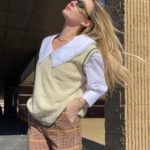 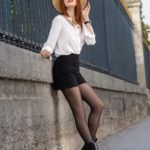 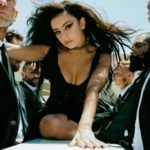 Style
Tumblr Girl aesthetic is back in fashion — here’s how to dress like it’s 2010
Share this article
Next article
If you’re tempted to dig that Twee, Tumblr Girl fit-and-flare out of your closet, blame TikTok and Instagram. Millennials and Gen-Zs are revisiting indie pop, grunge fashion, and the early 2010s Tumblr Girl aesthetic — the simpler days, if you will. To hop on the trend, all you need are these fashion inspirations.

What is Tumblr Girl aesthetic?

We cringed at our Tumblr days for years. Chokers fell out of style, American Apparel lost its grasp on popular fashion, and we ditched record players for Spotify. However, as we kick off 2022, TikTok and Instagram has become nostalgic for their 2014 Tumblr blog counterparts. Apparently, there’s a side of TikTok that’s all for this ‘Tumblr Girl’ aesthetic making a comeback.

When we look back on Tumblr in the 2010s, many aesthetics spring to mind, with soft grunge and ‘twee’ being the most popular aesthetics now reviving. Browse the gallery and get in on the trend by recreating all of the best Tumblr Girl fits.
All Images: Courtesy Instagram
Fashion Style Tumblr Girl aesthetic 2022 fashion trends Twee trend Grunge trend Indie pop

Balenciaga unveils a custom-made bench that costs US$46,300