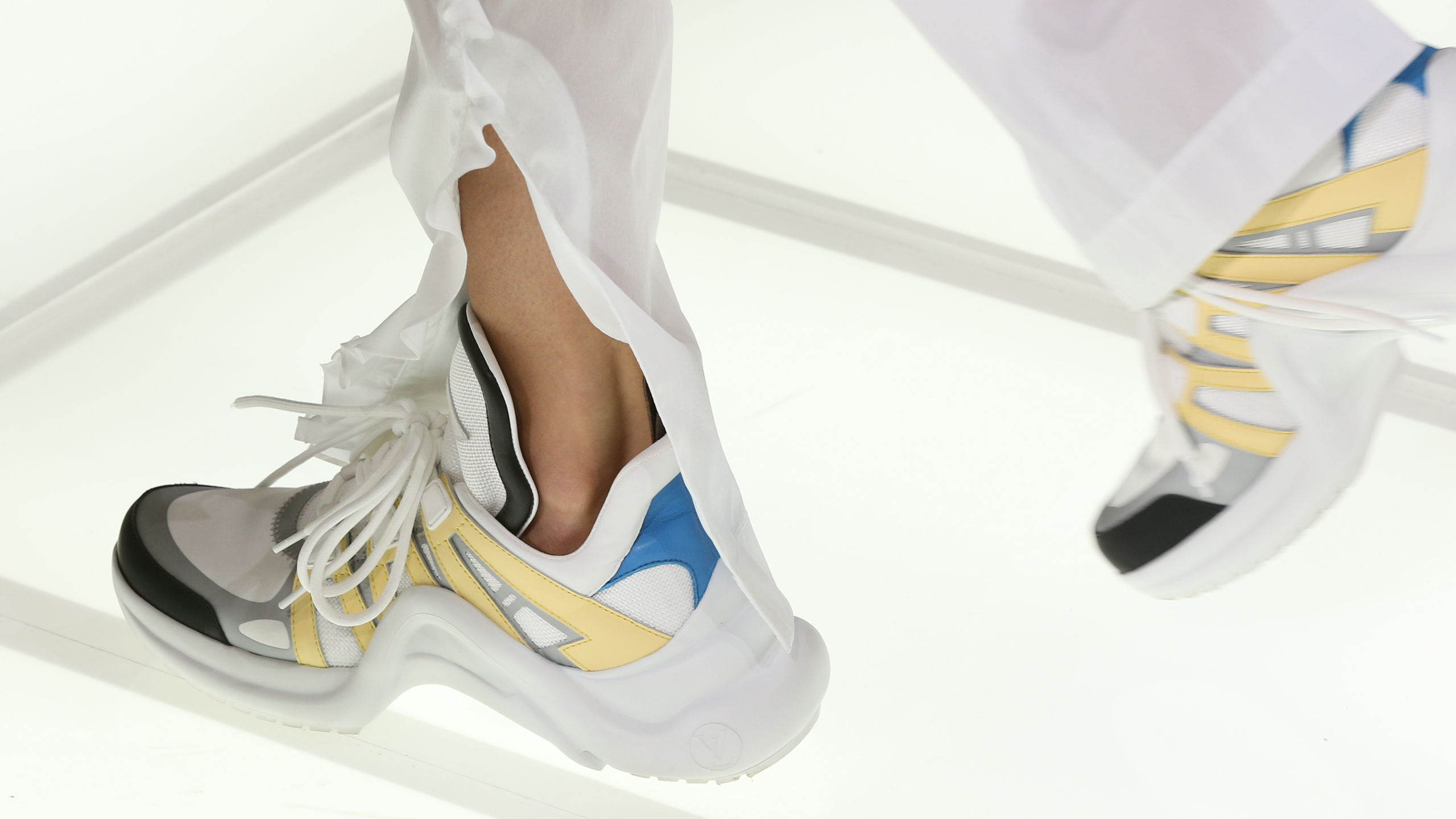 RIP Ugly Shoes: Why we won’t be missing the chunky dad sneaker

Style
RIP Ugly Shoes: Why we won’t be missing the chunky dad sneaker
Share this article
Next article

Fashion’s obsession with daddy issues has finally been laid to rest. The chunky, ugly dad sneaker that was so prevalent over the past few seasons has at last faded into the nether, and we’re actually glad the trend is on the way out.

Over the past month, whether it was in Paris or New York, designers were quietly phasing the ugly sneaker out, opting instead to style their models in runway classics. However, it was Demna Gvasalia, the pioneer of this trend, that hammered down the final nail in its coffin.

The designer focused on other styles of footwear for Balenciaga’s Spring/Summer 2020 collection at Paris Fashion Week, with a notable absentee being his iconic Triple S sneaker. Sure, there was a new “office shoe”, the Tyrex, and it looked like a Zaha Hadid collaboration with Promethean aliens. Yet it didn’t have that same wow factor the Triple S did, and barely any hypebeasts are hypeing it up.

So how exactly did the ugly shoe take off in the first place, and how did it come to occupy the real estate on our soles for such a long time?

Style
Trend to try: Dirty shoes and why you shouldn’t keep them spotless

The Beginnings of Normcore

2017, and by extension 2018, was a particularly volatile period for fashion. The #MeToo movement was in full force on the red carpet, and streetwear giants were taking over storied fashion houses one title at a time (See: Virgil Abloh and Riccardo Tisci). Fashion was in a flux, and those passionate about their own style found solace in a more pared-down trend: Normcore.

To live a “normcore” life was to live life as authentic as you can be, rejecting all forms and notions of extravagance. It was, in essence, the embrace of simplicity and the mundane.

That meant no overtly-obtuse prints or flamboyant silhouettes. Logomania and its irreverence blossomed in the absence of glamour. At the same time, shoemakers New Balance, Adidas, and Nike pandered to their cult-like following with collaborations and releases that played on the simple silhouette of a sneaker. Except with each drop, it got chunkier and uglier in an ironic, “only-fashion-people-will-understand-it” way. Everyone ate that up.

No one really knows when the “Dad” portion came in to play – perhaps it was the retro factor – but by then there was no stopping the footwear revolution that commanded both the sneaker reselling business as well as the pavements outside every fashion show. In the middle of the power-dressing dialogue and tiny Adam Selman sunglasses, a phenomenon was born.

You would be hard pressed to find a street style Instagram feed sans the chunky sneaker. Whether it was the Gucci Rhyton or Louis Vuitton Arclights, the same micro-influencers would be wearing them in nearly every photo, accompanied with the caption, “Good shoes take you good places.”

For a brief moment in time, it was cute and almost endearing. But then, it got overwhelming, almost as though you’ve ate one too many maple syrup cookies. You’re now compelled to put the box of cookies away in the pantry, hidden from sight, but not finished just yet. Everything should be consumed in moderation. And chunky, ugly shoes, no matter how much they’re fetching on the resale market, are no exception.

That brings us back to today. We’re not the only ones tired of seeing the same old off-white (not Off-White™) sneaker worn by everyone who has a spare cubby in their shoe rack. There’s a reason why designers have also finally moved on from the silhouette. Every creative director worth their salt has come up with their own iteration of the ugly shoe, and its saturation has peaked to a point where it’s growing tiresome. It’s time for a new footwear trend, but for that to happen, the ugly shoe has to go.

During Milan Fashion Week, the platform shoe made a resurgence onto the catwalk, and Bottega Veneta’s Lido sandal is all the rage this season. Men’s espadrilles are coming back into vogue, and perhaps we’ll also see some gents strutting down a corridor in their Margiela boots a la Leon Dame.

In case it hasn’t been clear, we’re not asking you to throw out your chunky sneakers. They have their place, and they have their time, but daily drivers they are not. They had a good run, there’s no doubt about that. But like maple syrup cookies, they should be consumed in moderation, taken out only when necessary, and never for long stretches at a time.

All things considered, it could have been worse: We almost got stuck with haute couture crocs for an entire year. We would rather join the ugly shoe in the graveyard of bygone fashion trends than to witness that reality.

Style
Fashion is amplifying its obsession with utility wear this year
Dad Sneakers Ugly Shoes Chunky Shoes
Josiah Neo
Writer
Josiah Neo is a tech writer who contributes occasionally to the fashion, travel, and culture beats. When he’s not busy keeping up with the keynotes, he’s probably stuffing his face with the best Melbournian donuts (at Shortstop, BTW) or watching his favourite esports team, the Los Angeles Valiant, pummel their opponents into oblivion.
Technology Travel Fashion Culture