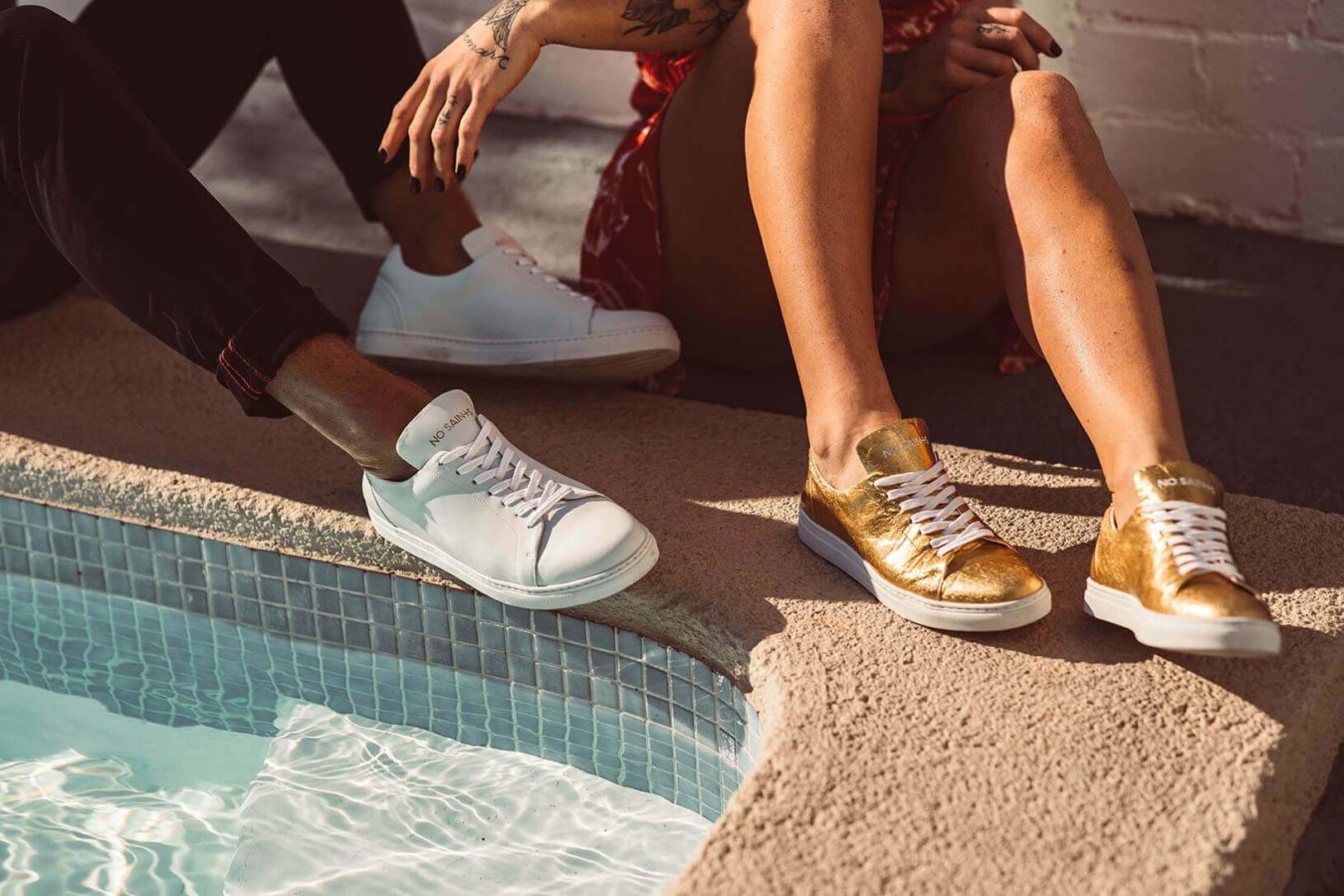 Why buy leather sneakers when you can get sneakers that take into account animal welfare as well as respect for the planet?

There are many arguments against vegan models — too expensive, less aesthetic, not trendy — but these are increasingly falling by the wayside given the latest models coming on the market. They prove that switching to vegan sneakers isn’t harmful to your style or your wallet.

At one time relegated to the category of accessories used solely by sports fans, sneakers made a massive comeback several years back to become a first-rank must-have, for fashionistas as well as those who don’t pay particular attention to the fashion sphere. One need only look around to take stock of how big the phenomenon has now become — almost everyone wears sneakers. So much so that sports giants like adidas, Reebok and Nike have multiplied their launches and lines, and are reissuing models from the 1970s, ’80s and ’90s.

A veritable tidal wave that does not seem to be running out of steam, quite the contrary. However, one thing could change the situation: the growing interest of consumers in animal welfare, and perhaps even more so in respect for the environment. And leather, the material of choice for sneakers, is not exactly a paragon in this regard… unless you opt for vegan models.

What are the alternatives to animal-based leather?

Today there are many vegan alternatives to leather — synthetic, vegetable, or recycled materials — that offer the possibility of wearing sneakers while supporting the animal cause. Brands such as Veja, No Saints, TOMS, Yatay and Subtle already offer a multitude of vegan models for men, women and even children, which also have the advantage of being environmentally friendly. Two causes which consumers are increasingly sensitive about. Among the materials most often used to compensate for animal leather are recycled cotton, C.W.L. — a bio-sourced material — or the fibres of certain fruits such as pineapple.

The CAVAL brand, hitherto known for its mismatched sneakers, made headlines in the first half of 2020 with its first collection of apple leather sneakers. Aiming to reduce its environmental impact while promoting animal welfare, the brand turned to recovering apple waste to form a new vegan material by combining it with PU or polyurethane. The result is a whole collection of ultra trendy and colourful models that are sure to please sneaker addicts.

Sports brands get in on the act

Anyone who still thinks that vegan sneakers are unattractive will soon realise that animal well-being and/or respect for the planet are no longer synonymous with unsightly. The proof? Specialised brands are gradually getting into it. And in fact, there’s a good chance that you are already wearing (without realising it) a 100 percent vegan model.

Nike and Reebok are among the sports giants that have already integrated synthetics in their lines, among others. And adidas is not sitting on the sidelines. After a vegan collaboration with Stella McCartney for the Stan Smith model, the three-striped brand launched “The Clean Classics” collection offering its most emblematic models in recycled and vegan materials.

“Yes, but eco-friendly, vegan sneakers are very expensive.” A large number of consumers believe this but is it true? By making a small detour to the adidas e-shop, one quickly realises that vegan is anything but a constraint for the wallet. The Stan Smiths with a vegan upper are priced at around 110 euros, which is around the average price seen for this model. CAVAL’s apple leather sneakers are priced at about 140 euros, while Veja’s V-10 pair retails at about 130 euros. A far cry from some of the exorbitant amounts spent by sneaker addicts on their shoes.

This article was published via AFP Relaxnews. (Hero and featured image credit: No Saints)