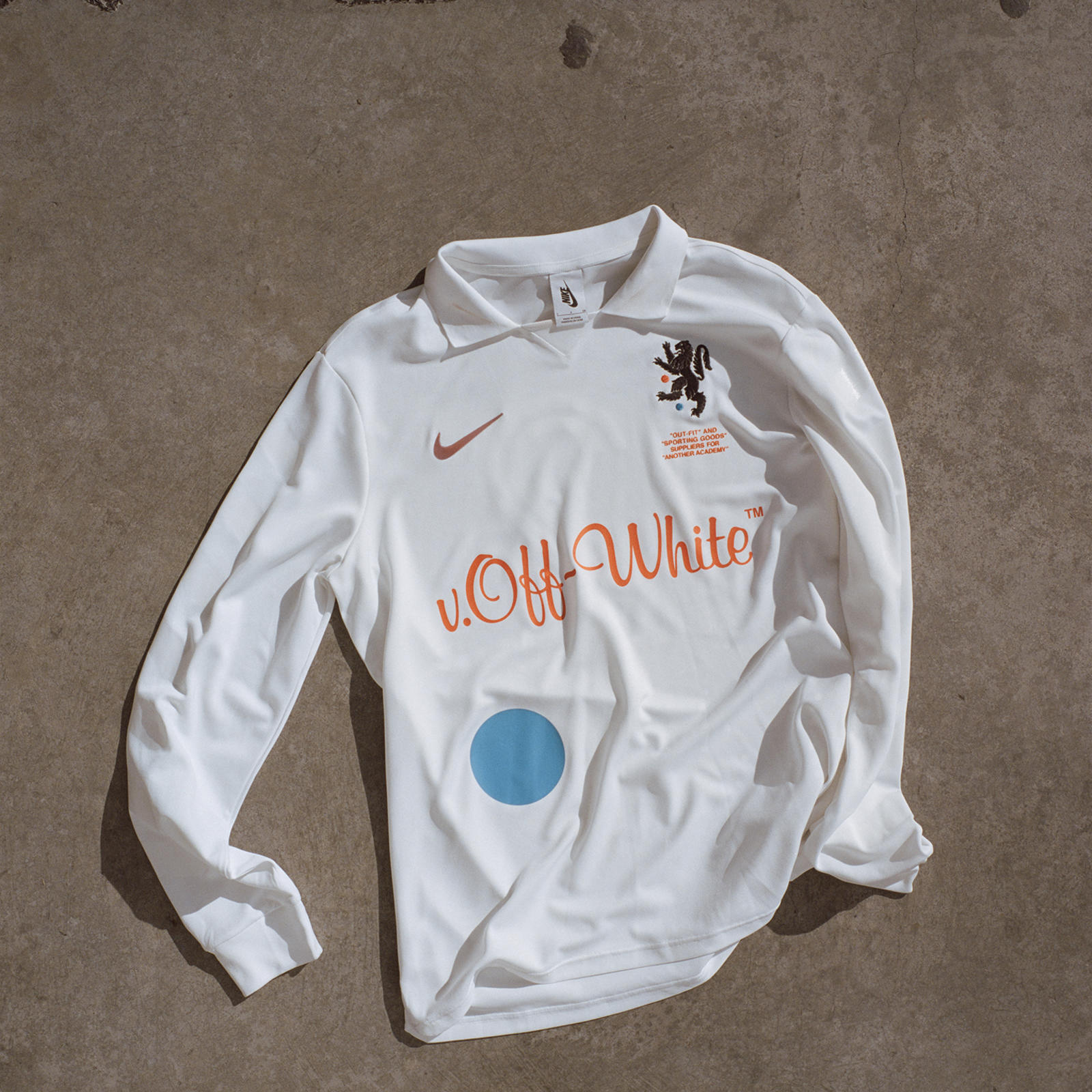 Many of us can agree that football is a beautiful game of strategy and skill, but apart from brand endorsements and handful of good-looking players, the sport can be quite, for lack of a better word, unstylish. But that’s about to change because two of the biggest names in the fashion world — Virgil Abloh and Kim Jones — have come together for a collaboration with Nike, creating “Football, Mon Amour” and “Football Reimagined” respectively.

Style
This just in: Inside Kanye’s album drop party, Harry Styles as the new face of Gucci, and more

The result is an approach to the game from two distinct perspectives. Jones — still fresh from his transfer from Louis Vuitton’s men’s studio to Dior Homme — used this opportunity to explore fashion’s cerebral side like never before.

He reworked traditional garments from the game into new silhouettes, reviving the London-punk aesthetic of the ‘70s. He might’ve been working with sport tech fabrics, but it didn’t stop him from employing avant-garde tailoring of Italian pedigree.

Besides form-fitting, all-black pieces, Jones’ “Football Reimagined” also sees a hybrid freak of a sneaker. The mash-up combines the silhouette of Nike’s Mercurial football shoes with three of his favourite Nike sneakers: The Footscape, Vandal and Air Max 97.

The surprisingly slick pair of kicks carries over the same splice-and-remake philosophy from the apparel line as an homage to punk.

Meanwhile, Off-White’s Abloh’s “Football, Mon Amour” series is a creative extension of his own knowledge of the game. Recalling memories of listening to hip-hop tracks on the way to high school soccer matches (he was a cup-winning defender then), the apparel bear his trademark inverted-comma design statements.

Branding is achieved by unabashedly emblazoning the label’s name across the jerseys — team sponsor style — in a completely different typography. The numbers are a reference to Abloh’s own during his playing years, while the black-and-white checkerboard subtly nods to Croatia’s uniform.

His Mercurial Vapor 360 sports the same bold orange hue, punctuated by two dots that mark the sweet spot for the perfect strike on both the inside and outside of the foot. The motif carries over to his collab-edition Flyknit Zoom Fly sneakers, which sport the same in-house sizing markers used by Nike’s internal design teams for the Swoosh.

Both collections are perfectly serviceable as athletic wear, but only if you can bear to break a sweat in them. Jone’s “Football Reimagined” launches today on nike.com, while Abloh’s “Football, Mon Amour” drops a week later, just in time for the World Cup.