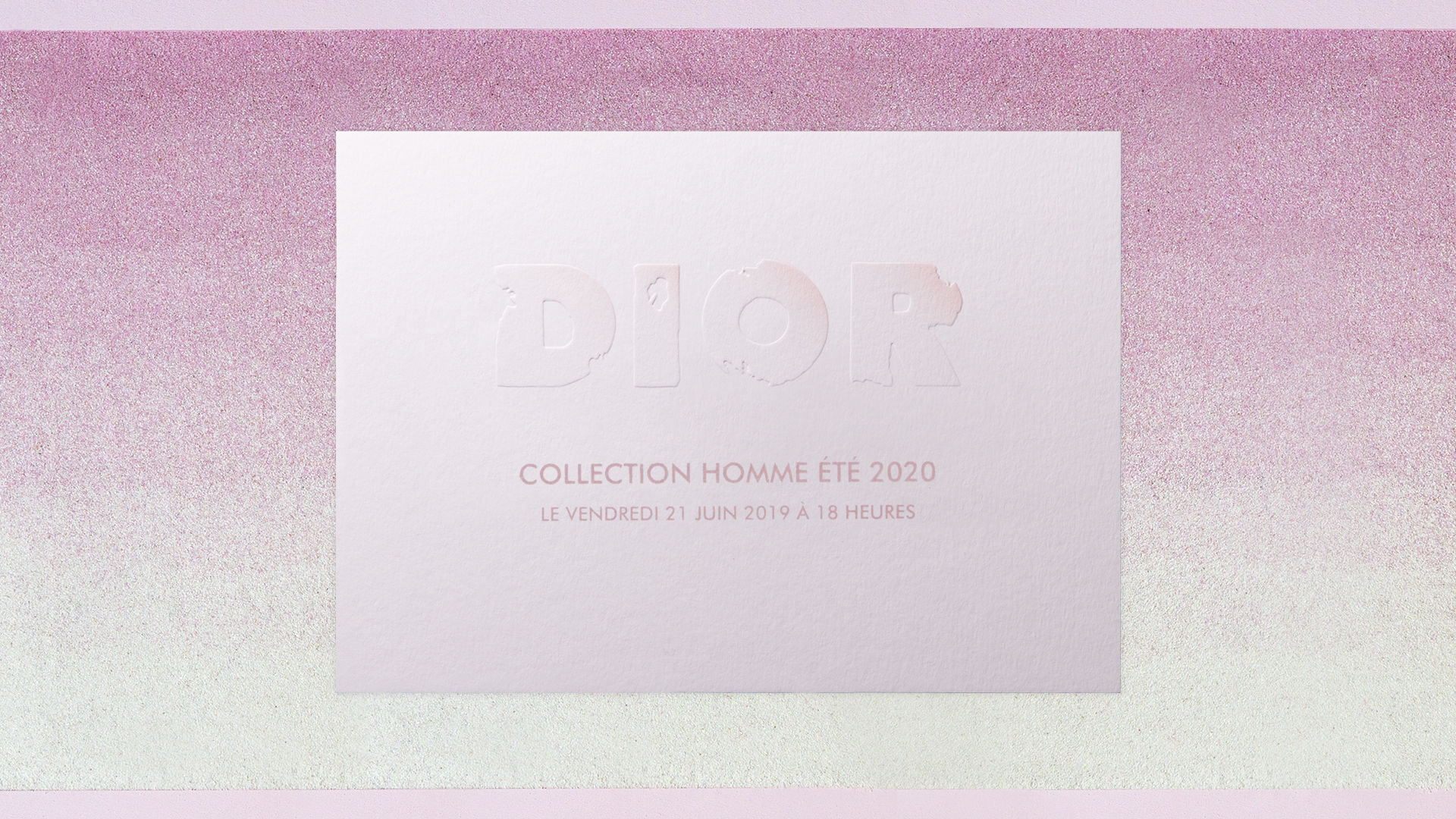 It was just a year ago when Kim Jones debuted his first collection for Dior Men Spring/Summer 2019 in Paris. The monumental show saw Jones’ vision come to life with a mixture of sartorial silhouettes and romantic nuances taken from Monsieur Dior’s signature Toile de Jouy patterns. International press and social media went viral especially with the OTT floral cartoon teddy bear effigy of Christian Dior by KAWS parked right in the centre of the runway setup.

It was also made known after several seasons that Jones would pay heavy emphasis on celebrating the art of collaboration — first with KAWS and Yoon Ahn, then American artist Raymond Pettibon for its Fall 2019 collection. For the Dior Men Spring/Summer 2020 show, expect nothing less than a spectacle of artistic flair with yet another collaboration with contemporary American visual artist and co-founder of Snarkitecture, Daniel Arsham whose work exists in between art, architecture and performance.

For accessories, Jones threw in delightful morsels for millennials that were taken from the Dior archives, including the tiny John Galliano for Dior-era saddlebags, CD-logo stud earrings, the Oblique sneaker and a slew of crossbody bags from past seasons. What can we now expect next as a fresh start to Spring 2020?

The Dior Men Spring/Summer 2020 live stream will take place on Friday, 21st June at 6.00pm Paris (Saturday, 22 June at 12.00am, Malaysia/Singapore time). Be among the first to watch the collection live by following the link below.

Paris Fashion Week Kim Jones Dior Men Spring Summer 2020 Daniel Arsham
Martin Teo
Editor
Martin has a bent for history and food culture, especially of the Peranakan heritage. Since the pandemic, he finds joy in plant parenting and continues to expand his collection of Philodendrons, Anthuriums, and Syngoniums. He's now on a lookout for the elusive Philodendron Florida Beauty to add to his urban garden.
Dining Living Style
Sign up for our newsletters to have the latest stories delivered straight to your inbox every week.