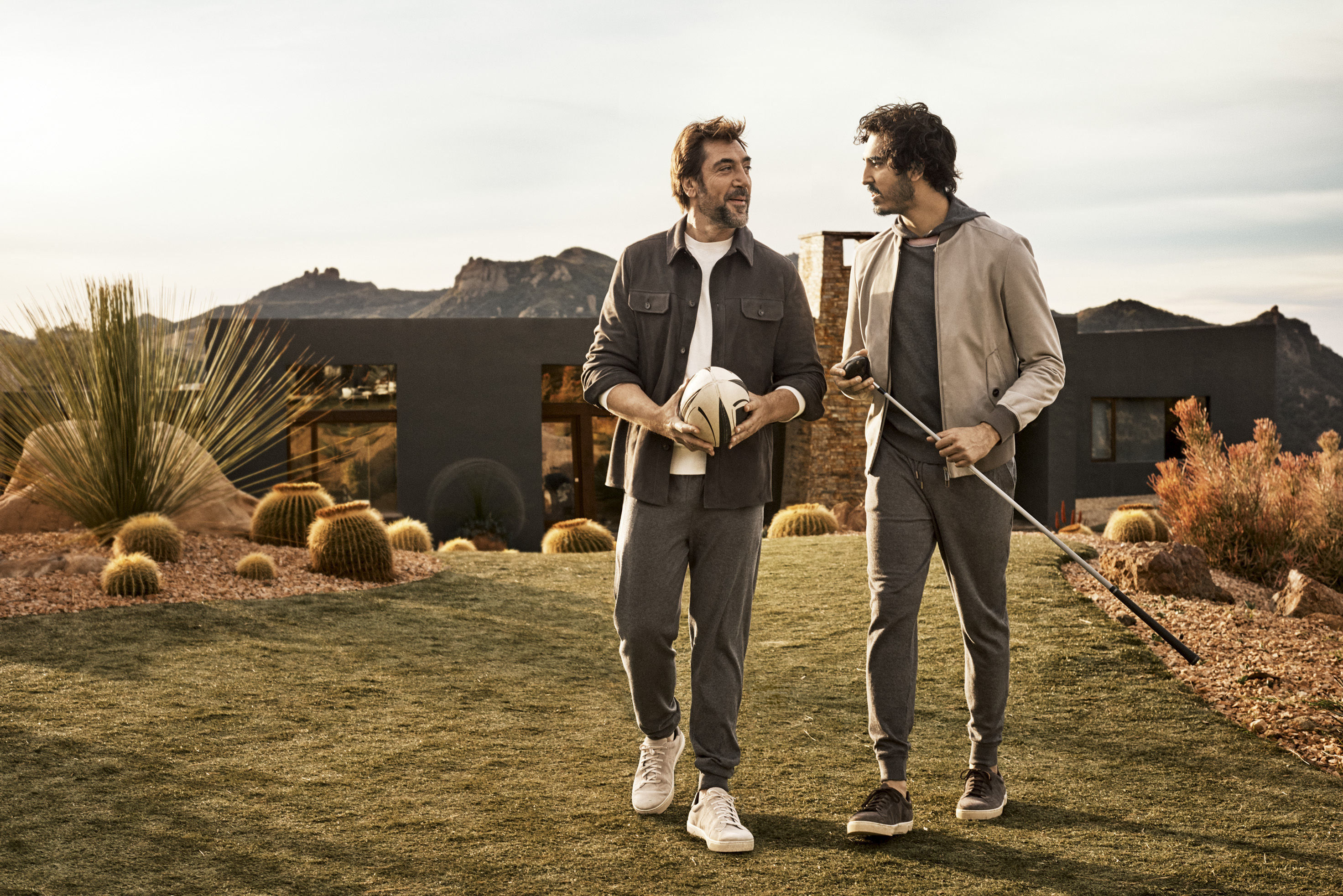 With an alumni that counts actors Robert de Niro and McCaul Lombardi, Ermenegildo Zegna continues its star-studded line-up for its third chapter of the ‘Defining Moments’ campaign, this time fronted by Javier Bardem and Dev Patel.

Lensed by internationally acclaimed film-maker and photographer Craig McDean, the video for Spring/Summer 2018 sees the pair encapsulating the precise spirit of camaraderie and friendship the campaign aimed to portray. Expect a good dose of witty banter and goofing around by the two protagonists as they rock out as a make-believe band, or impress each other with their golfing skills. 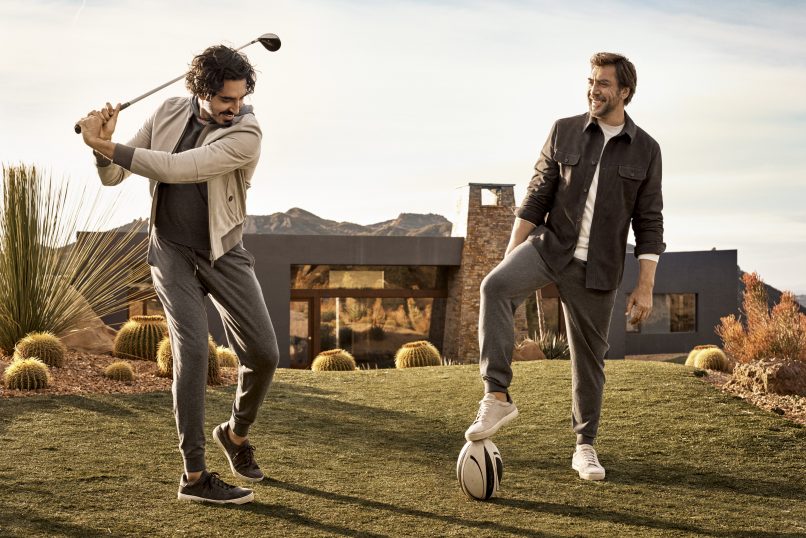 The eclectic duo couldn’t be any more different in personality, but are instantly bonded by their love for their craft. Bardem is an accomplished Spanish actor with an Academy Award win for his role as a psychopathic assassin in the movie “No Country for Old Men”. The English-born Patel needs little introduction — his breakthrough role as Jamal Malik in “Slumdog Millionaire” would’ve left an indelible impression on anyone who’s seen the film.

The campaign — set against the picturesque, sunny hills of Los Angeles — is the perfect backdrop for the urban athleisure-luxe pieces for Ermenegildo Zegna’s Spring 2018 season. The laid-back mood extends to the deconstructed jackets, scoop-neck knits, joggers, and jackets with oversized patch pockets. The Tiziano sneakers are inspired by the house’s former head of design Stefano Pilati, who used double-stitching on his bespoke jackets.

Video Menswear Ermenegildo Zegna campaign defining moments Spring 2018 luxury menswear MenswearS Javier Bardem Dev Patel Ermenegildo Zegna Spring 2018
Shatricia Nair
Managing Editor
Shatricia Nair is a motoring, watches, and wellness writer who is perpetually knee-deep in the world of V8s, tourbillons, and the latest fitness trends. She is fuelled by peanut butter and three cups of coffee a day.
Motoring Wellness Watches Beauty Style
Sign up for our newsletters to have the latest stories delivered straight to your inbox every week.