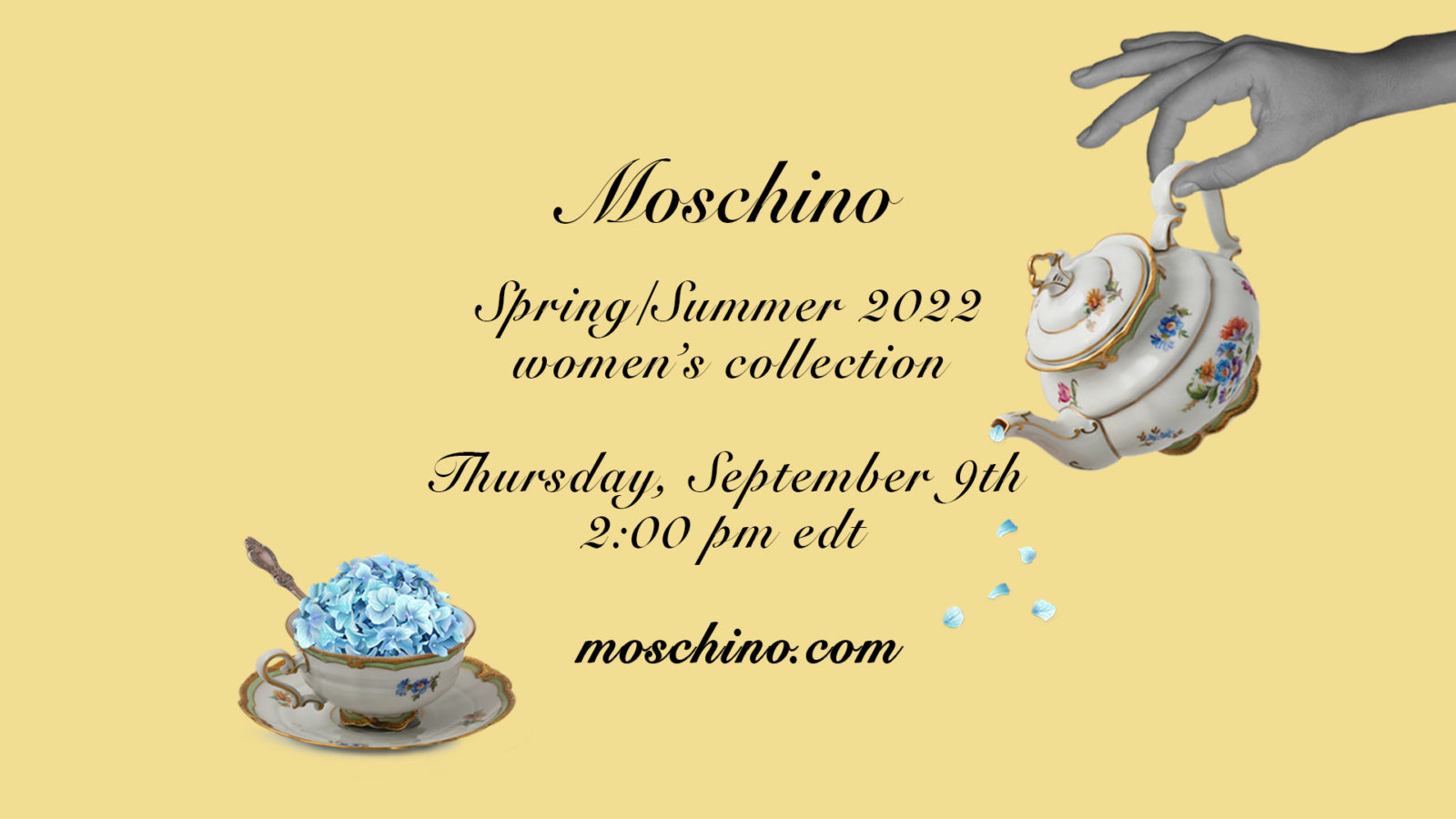 Featuring brands like Moschino, Peter Do and Thom Browne, New York Fashion Week is back and better than ever.

In the case of Moschino, the event is a special one: it marks the official debut of the Milan-based fashion brand on the American calendar of runway shows, now overseen by Tom Ford.

The brand’s presence on the line-up is not surprising, however. Moschino has previously staged several presentations around the Big Apple — most notably the one it held for its H&M collaboration back in 2018 at the Pier 36 in Manhattan.

It also helps that its creative director, Jeremy Scott, has long been a fixture of NYFW thanks to his eponymous label. We can consider Moschino’s upcoming Spring/Summer 2022 show, then, as a homecoming of sorts. That’s also because the brand will finally returning to a physical fashion show format, after seasons of fun fashion films and lookbooks.

A teatime-themed teaser for the show suggests that it will have all the playfulness that we have come to love about Scott’s collections. And we’re betting that Moschino will also be making its comeback with a couple of famous faces — Bella and Gigi Hadid, as well as Hailey Bieber, have all starred in Scott’s stylish spectacles before.

We won’t have to wait long to see what’s in store. Moschino’s S/S 2022 show will be presented on 10 September, 2.00am (Singapore time). You can conveniently catch all of the glamorous action here, through the livestream below.